Lovable, good-natured, and (let’s face it) hilariously accident prone, Goofy is a stalwart friend—and proof that good things do ultimately come to those who try, try again. The animated character who’d become Goofy made his very first appearance on May 25, 1932, in the Mickey Mouse cartoon Mickey’s Revue. Audiences had to keep their eyes peeled, though; the character, who isn’t onscreen for very long, is a member of the audience memorably cheering on Mickey’s musical comedy. But he obviously made an impact, as he’s gone on to an incredible 90 years of mirth and merriment—onscreen (the name “Goofy” officially kicked off with his first starring role in an animated short: 1939’s Goofy and Wilbur); within the panels of comic books; inside Disney parks around the world; in video games; and so much more!

To celebrate Goofy’s nine decades of fun, we’ve rounded up some favorite stills of Goofy’s adventures through the years. Did yours make the cut?

...And keep the Goofy gaiety going by checking out some goof-tastic animated shorts and features on Disney+! 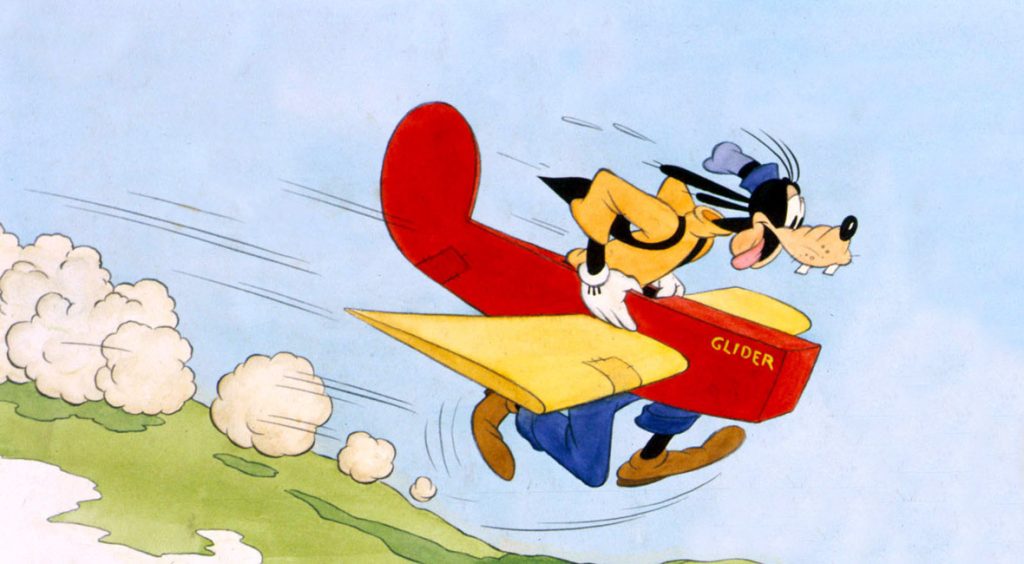 Goofy’s Glider (1940) — Goofy tries to demonstrate glider-flying, but is unsuccessful—until finally, a cannon does the job, shooting him into orbit! 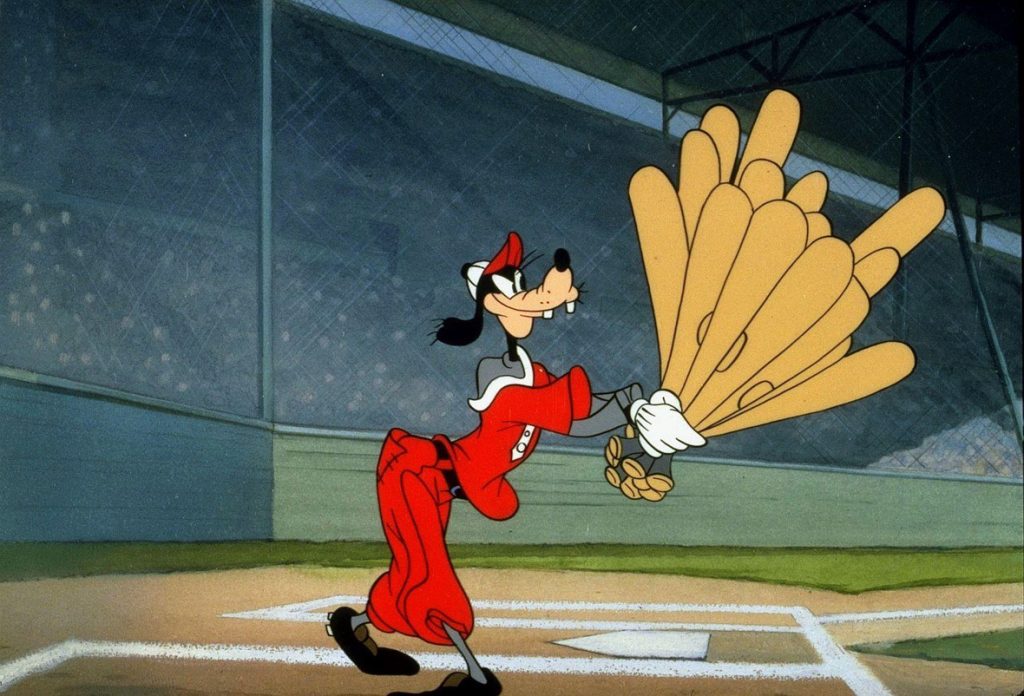 How to Play Baseball (1942) — After a few other successful shorts in which Goofy demonstrated how—or maybe how not—to do something, it became a series. How to Play Baseball finds Goofy illustrating the game by playing all the positions on both teams and displaying the different types of pitching, accompanied by an offscreen narrator. 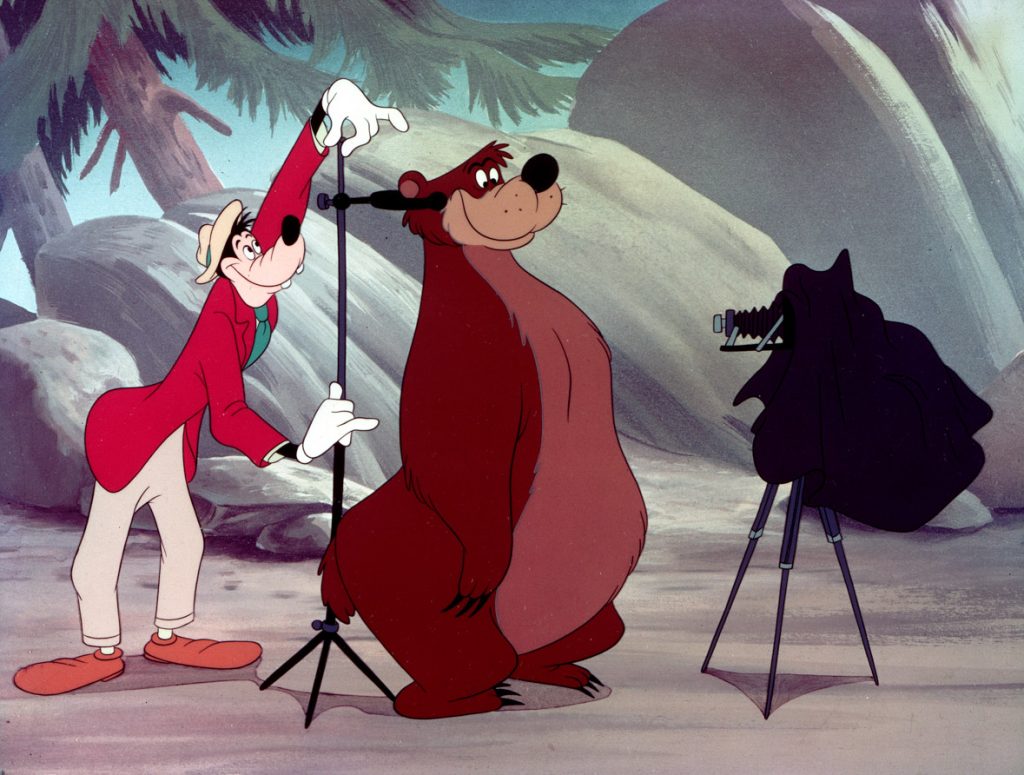 Hold That Pose (1950) — Goofy buys photographic equipment for his fun new hobby, and eagerly goes out to find a subject—which turns out to be a bear. But he so annoys the bear with the flash that it chases him all the way back to his apartment. 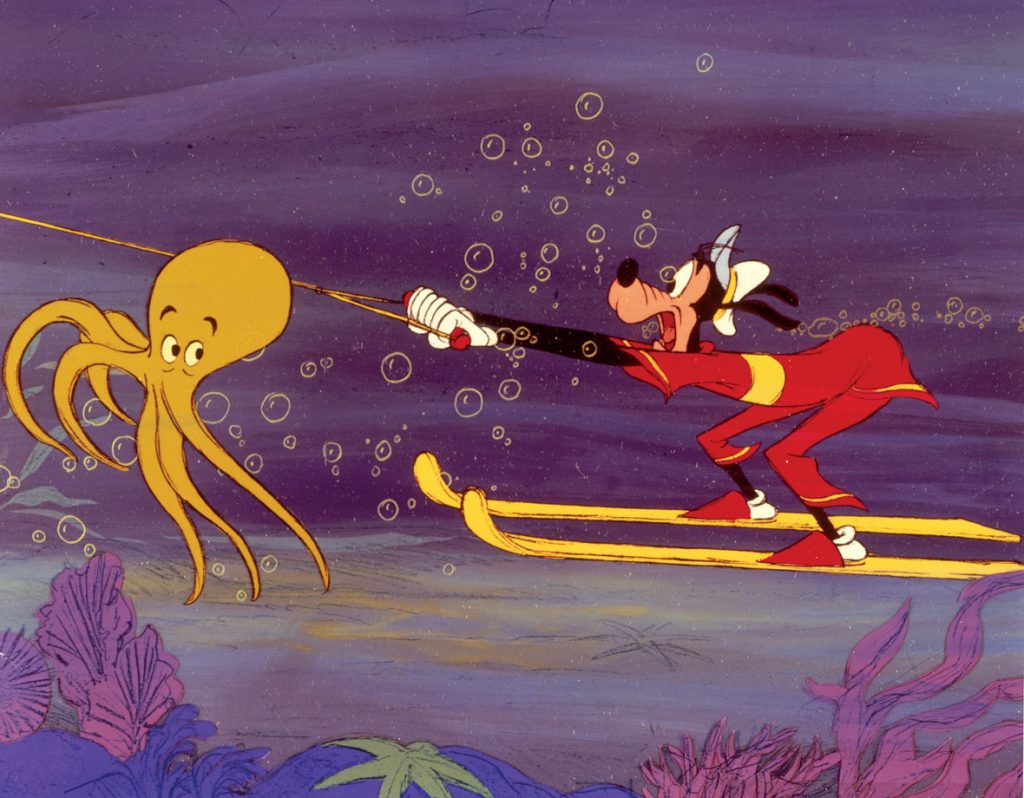 Aquamania (1961) — Nominated for an Academy Award®, this animated short finds Goofy demonstrating the art of water-skiing. After all manner of misadventures, including encountering an octopus and (somehow) a roller coaster, he manages to win a championship race. 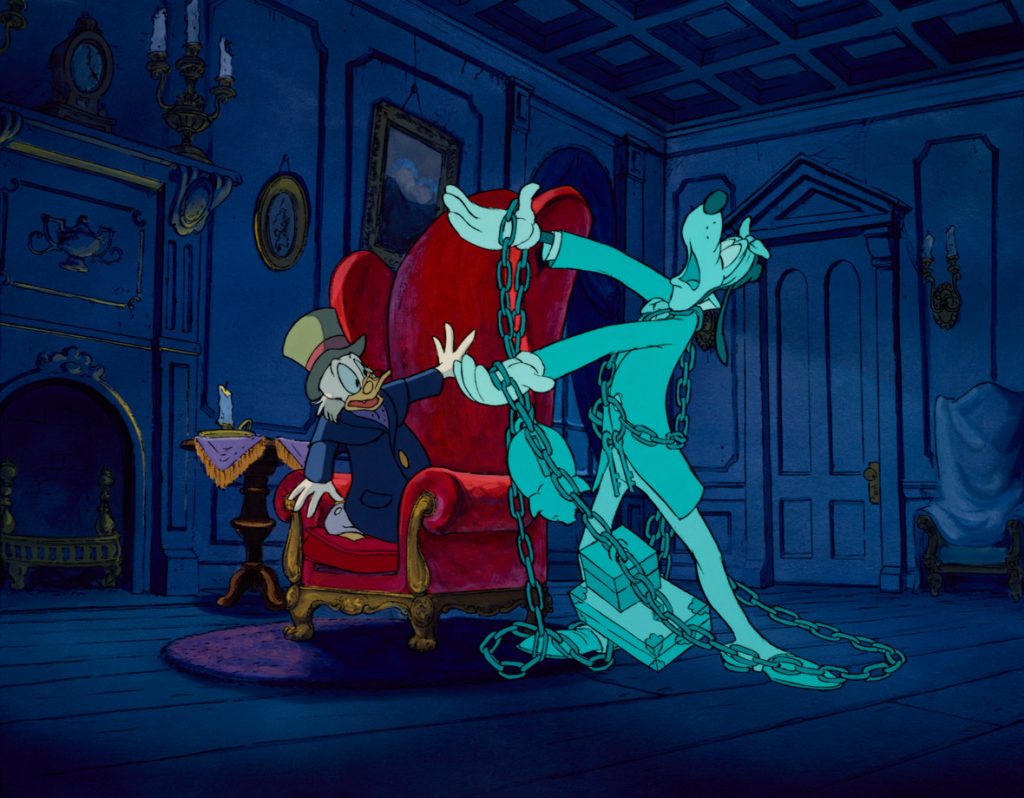 Mickey’s Christmas Carol (1983) — Goofy costars in this animated feature, based on Charles Dickens’ classic yuletide tale, as Jacob Marley’s ghost—warning Ebenezer Scrooge (in this instance, Scrooge McDuck) what fate awaits him should he not change his miserly ways. 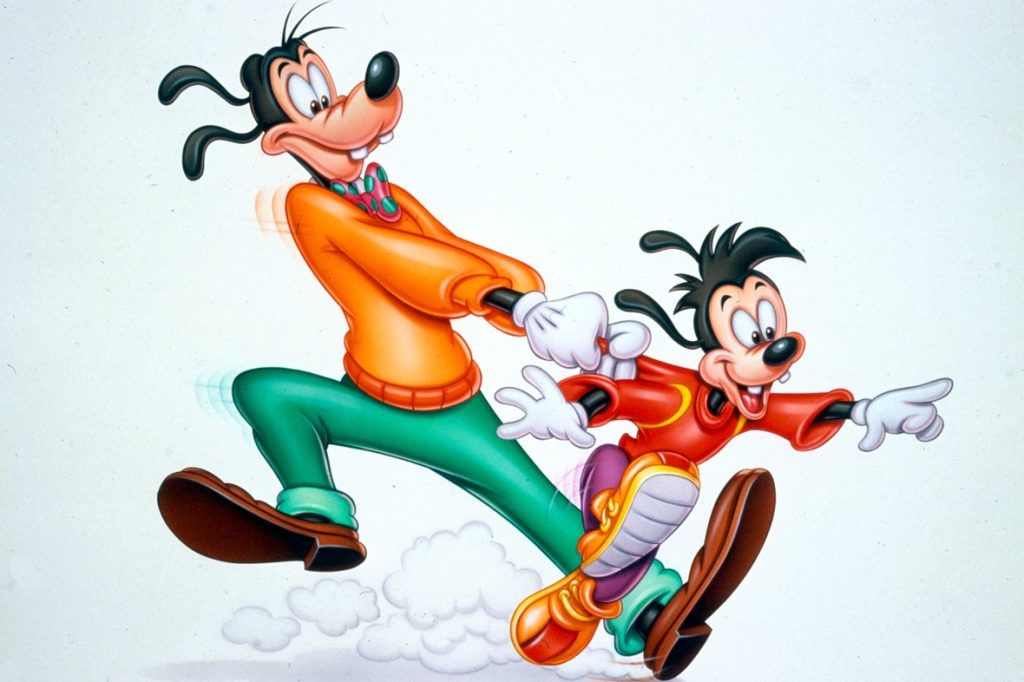 Goof Troop (1992) — Goofy hit the big time with this Disney Channel series that chronicled the heartwarming misadventures of his struggles to raise son Max in 1990s suburbia. 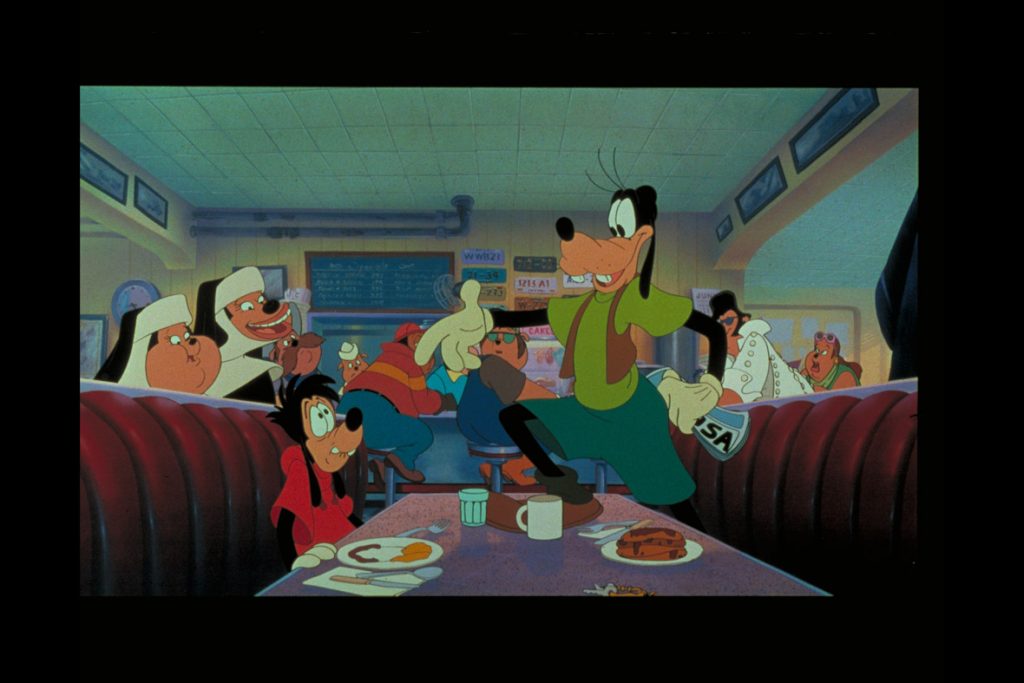 A Goofy Movie (1995) — A feature film spin-off from Goof Troop, this fan favorite follows Max and Goofy as they go on what’s supposed to be a fishing trip, with plentiful father-son bonding time... only Max has other plans, all to impress his girlfriend Roxanne. Chaos, but ultimately happiness, ensues. 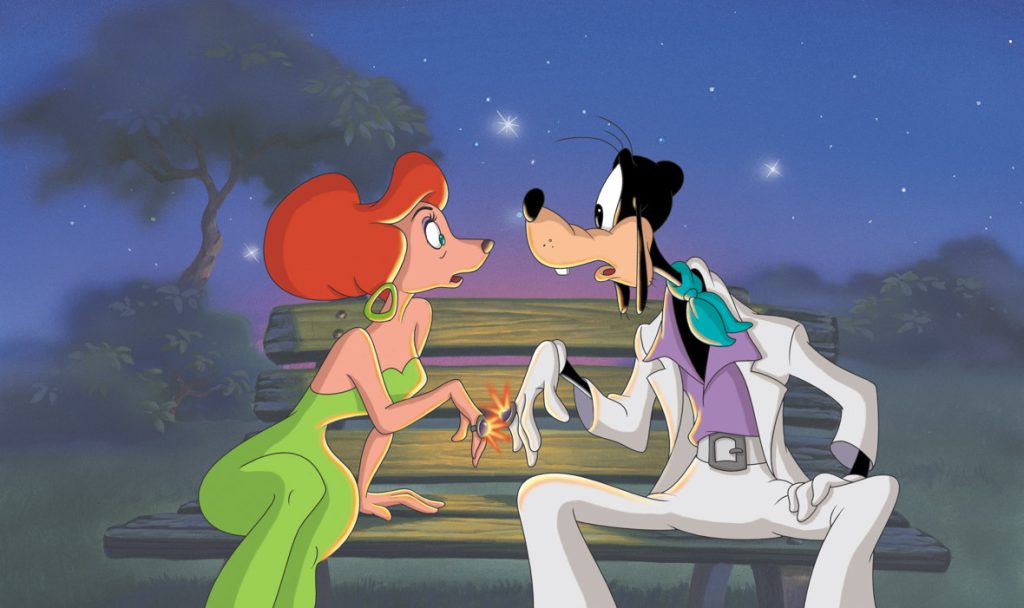 An Extremely Goofy Movie (2000) — In the sequel to A Goofy Movie, Goofy enrolls in college with Max... but brings his 1970s collegiate notions with him. When he teams up with a like-minded school librarian, the disco lights and mood rings swing back to action on campus! 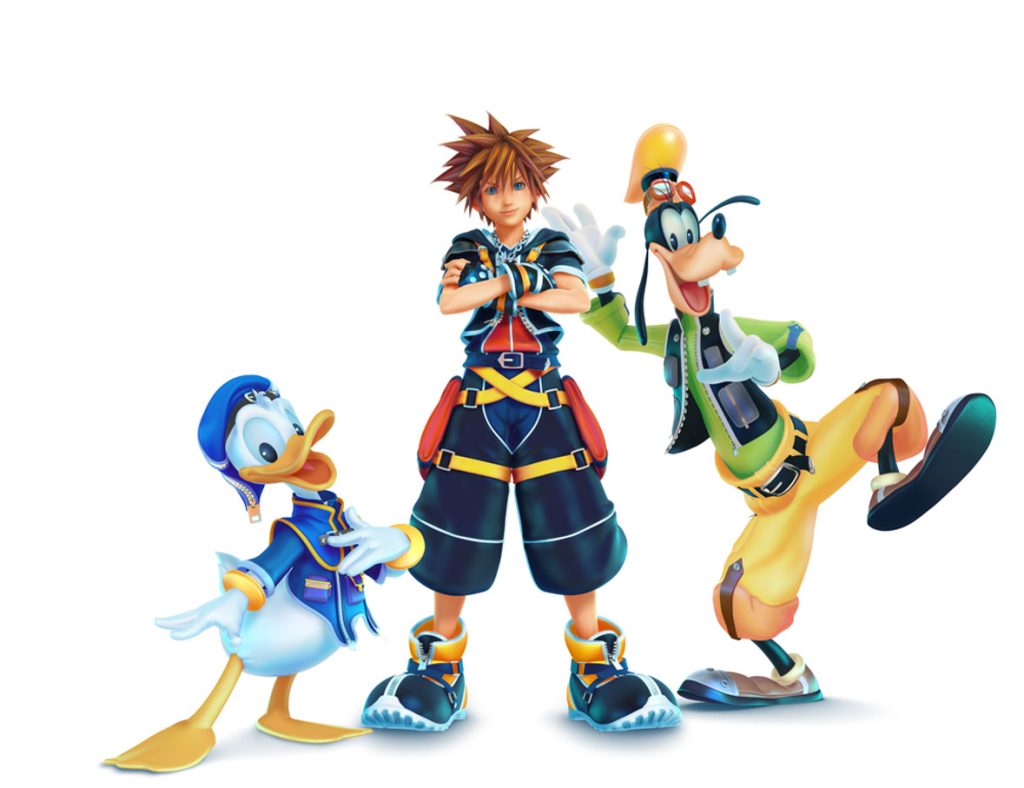 Kingdom Hearts (2002) — Goofy costars as a captain of the royal knights in this action and role-playing video game series, which features tons of Disney characters and situations. The popular game was developed by Square Enix and Disney Interactive Studios, and debuted in the U.S. in 2002. 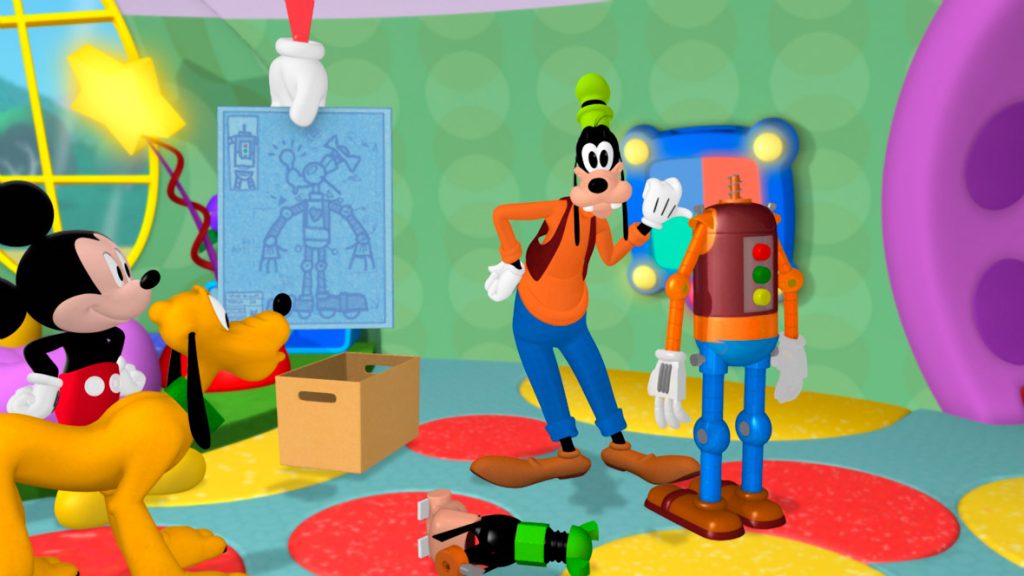 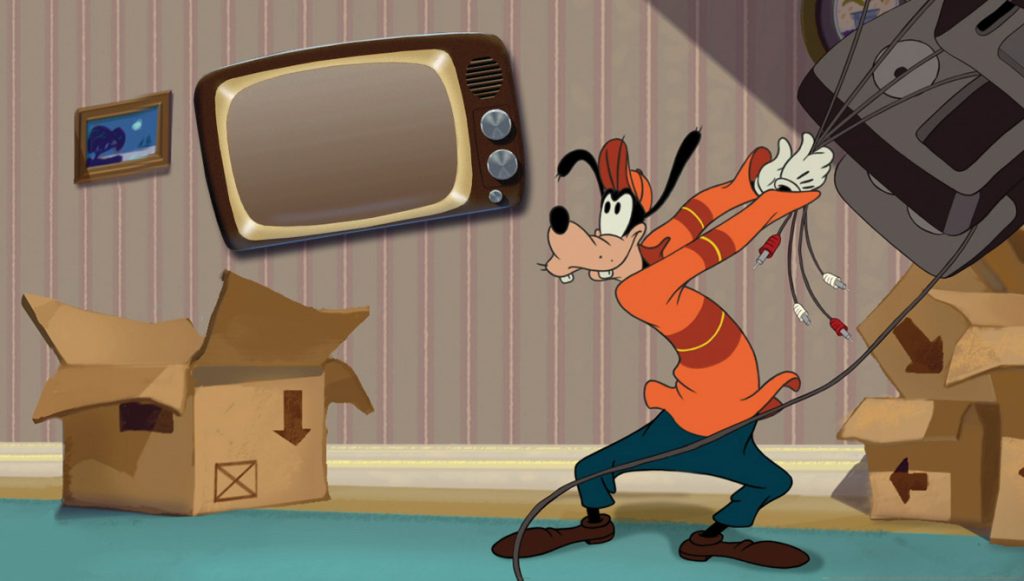 How to Hook Up Your Home Theater (2007) — Goofy makes his way back to the big screen (and the “How To” series) with this animated short, in which our enthusiastic but clueless friend is confronted by a huge instruction manual for his new home theater setup—and has to deal with a truly gargantuan universal remote and a spaghetti of multicolored cables! Directed by Kevin Deters and Stevie Wermers (Prep & Landing). 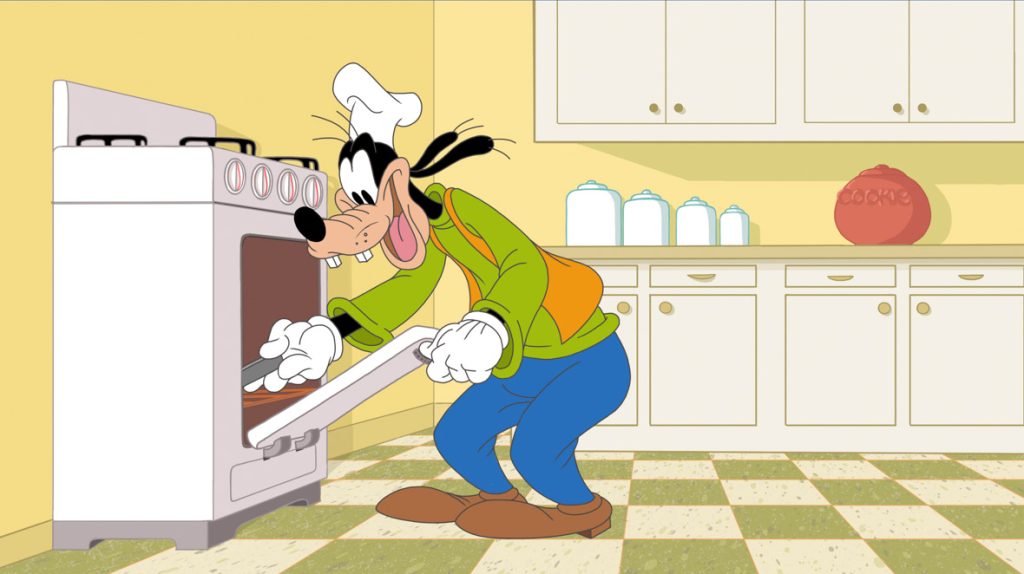 How to Stay at Home (2021) — During the COVID-19 pandemic, iconic Disney animator Eric Goldberg created several brand-new, hand-drawn Goofy shorts for a three-episode Disney+ series called How to Stay at Home. We follow along as Goofy learns how best to wear a mask; how to cook a unique meal; and how to binge-watch a favorite show while still trying to complete some other tasks.