Home / Headlines / Prepare to “Fright the Frights” with Muppets Haunted ...

The Muppets are back with an all-new spooktacular special for Disney+, and our pals at the streaming service just released an official trailer, above.

Premiering Friday, October 8, Muppets Haunted Mansion stars a gaggle of fan-favorite Muppets alongside Will Arnett as The Ghost Host, Yvette Nicole Brown as The Hearse Driver, Darren Criss as The Caretaker, and Taraji P. Henson as The Bride.

In the special, the Great Gonzo—world famous daredevil artiste—has done it all, seen it all, and survived it all. But on Halloween night, the fearless Gonzo takes on the greatest challenge of his life by spending one very daring night in the most grim-grinning place on Earth… The Haunted Mansion! Will he (and his sidekick, the inimitable Pepe the King Prawn) see the morning? You’ll have to tun in to find out!

In addition to the special, the Muppets Haunted Mansion EP will be also released on Friday, October 8, from Walt Disney Records. Look for three new original songs—“Rest in Peace,” “Life Hereafter,” and “Tie the Knot Tango”—plus a cover of “Dancing in the Moonlight.”

When we say we’re excited for this special, it’s possibly the understatement of the year! Mark those calendars, y’all…

It’s the first official weekend of fall (even though in our neck o’ the woods, it’s distinctly not “sweater weather” quite yet)—so why not take in some great viewing from around the worlds of Disney to celebrate? Feel all the feels when The Fault in Our Stars returns to Disney+; play along as Celebrity Wheel of Fortune and Supermarket Sweep return for new seasons on ABC; and so much more.

Go Behind the Scenes at Pixar with A Spark Story

Speaking of this weekend, don’t miss the debut of A Spark Story, a new feature-length documentary from Disney+ and Pixar Animation Studios. Taking an intimate look at Pixar’s SparkShorts filmmaking process, A Spark Story allows viewers to follow along as two directors strive to get their uniquely personal SparkShorts visions onscreen.

The film introduces Twenty Something director Aphton Corbin and Nona director Louis Gonzales, who navigate the emotional roller coaster of stepping into a leadership role and inspiring their crews—all during the tumultuous times of 2020. Giving fans an exclusive and immersive look at the filmmakers and their films, A Spark Story explores the creative philosophy that makes Pixar unique. 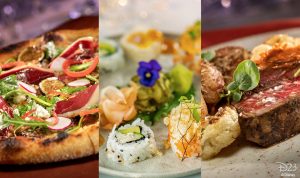 Walt Disney World Resort is replete with gastronomical wonders… the delights at California Grill, overlooking Magic Kingdom Park and Seven Seas Lagoon at Disney’s Contemporary Resort, among them. It’s where guests can not only savor the finest in Californian cooking, but now they can also step into a bygone era as the resort ushers in its incredible 50th anniversary.

Evoking the spirit of 1971, California Grill celebrates its past while offering a nod to the incredible future ahead: As part of “The World’s Most Magical Celebration,” the restaurant will soon offer a limited-time three-course menu with dishes inspired by past favorites as well as new market-fresh creations. Look for these latest tasty morsels to be offered beginning October 3, with reservations now available.

Among the dishes you can expect are the California Grill Sushi Classics Trio; the House-Made Artisanal-Style Duck a l’Orange Pizza; and an Oak-Fired Filet of Beef. Okay, now we’re hungry…

Should you find yourself at across the world this Halloween season, do not miss out on the spooky fun happening now through October 31 at Hong Kong Disneyland Resort! Disney Halloween Time is back—featuring the iconic Disney Villains, as well as beloved Disney Friends decked out in brand-new Halloween looks, and they’re ready to put on an incredibly fun and wicked Halloween extravaganza!

Guests are invited to join the Halloween party by dressing up in their own stylish Halloween outfits, inspired by favorite Disney characters. And what can you expect? Photo opportunities with Mickey Mouse and all manner of his friends, including Vampirina; trick-or-treating at the Halloween Time Festival Gardens during the day; the brand-new Wicked Fun Party Zone, where the Disney Villains are consolidating their power to create the spookiest party vibe; a “Halloween BBQ Feast” at Karibuni Marketplace; the delightfully evil musical stage show “Let’s Get Wicked” returning to mesmerize guests this year; and much more.

Find out how you can get in on the all the fa-boo-lous action by visiting HongKongDisneyland.com.

As if this season wasn’t already chockablock with amazing things to look forward to, our pals at Disney+ just added another holiday to the mix! On Friday, November 12, The Walt Disney Company will host Disney+ Day, a truly global celebration that will come to life across all dimensions of the Company. For more on what you can expect, check out our rundown right here at D23.com. 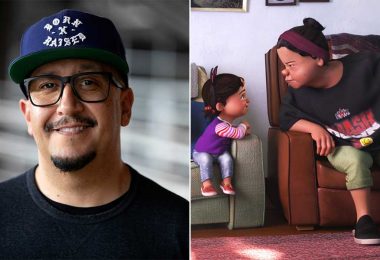