More than 42 years after writer/director George Lucas took us on his first momentous trip to a galaxy far, far away with the first film in his Star Wars saga, Star Wars: The Rise of Skywalker is finally here. Each film—from the classic trilogy and prequel trilogy to episodes 7 and 8—has had its share of defining cinematic moments, which all told explains why Star Wars has been hailed by countless critics and moviegoers as one of the greatest sagas ever put on film.

So, as director J.J. Abrams and company prepare to release Star Wars: The Rise of Skywalker to the masses, here’s a look back at 8 of the most memorable moments of the Star Wars saga from episodes 1 through 8. 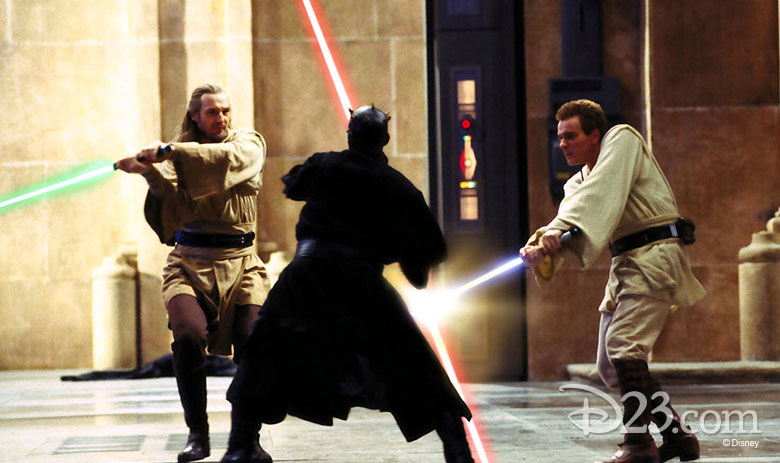 Episode I—The Phantom Menace: Blades of Glory
While the film introduced us to such legendary characters as the young Anakin Skywalker (Jake Lloyd), Padme Amidala (Natalie Portman), the young Obi-Wan Kenobi (Ewan McGregor), and Jedi Master Qui-Gon Jinn (Liam Neeson), it was the “Duel of the Fates” scene and its searing theme by composer John Williams where Darth Maul (Ray Park) made it clear that there was plenty of room for another iconic villain to roam the Star Wars landscape after Darth Vader and Emperor Palpatine. While Maul’s said duel with Obi-Wan and Qui-Gon qualifies as the most memorable scene in the film, it was the moment when the horned Sith lord revealed his double-bladed lightsaber to his Jedi opponents that towers over all of the rest. Punctuated by high-energy, martial arts moves that left previous lightsaber battles far in its wake, the “Duel of the Fates” scene showed us that lightsaber duels in the Star Wars saga would never be the same again. 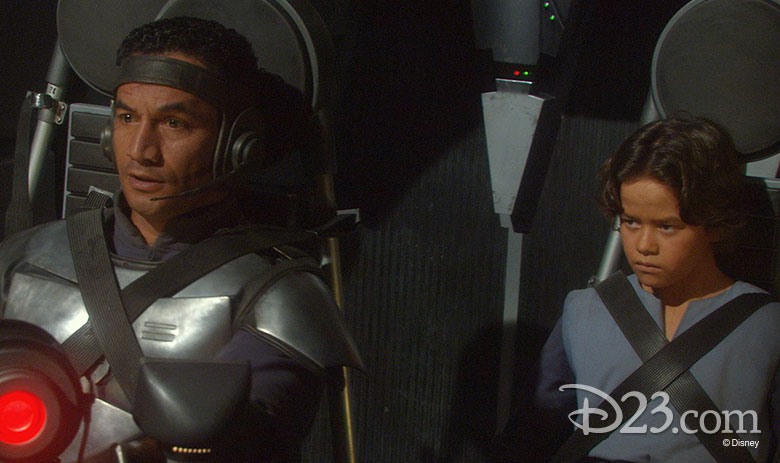 Episode II—Attack of the Clones: Fury of Fett
True, both the grown-up Anakin (Hayden Christensen) and Amidala came of age and sowed the seeds of their relationship that would eventually bring us twins Luke Skywalker and Leia Organa, but it was the trauma experienced by the child of another principal character in the film that helped develop the back story of the galaxy’s most-feared bounty hunter. The child was Boba Fett (Daniel Logan), whose father, Jango Fett (Temura Morrison), was cut down by Jedi Master Mace Windu (Samuel L. Jackson) near the conclusion of the Battle of Geonosis—leading to the formative years of Boba Fett before his appearance in The Empire Strikes Back. And while Boba Fett’s story ended in Return of the Jedi, his appearance as both a child and adult culled enough fan fascination for Lucasfilm and Disney to explore “the way” of the mysterious band of warriors in the new Disney+ series The Mandalorian. 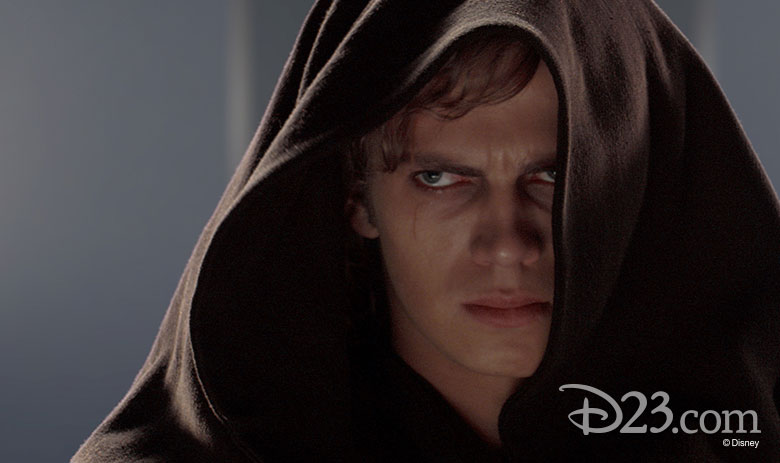 Episode III—Revenge of the Sith: Birth of Evil
The final film in the prequel trilogy concludes with the foundation being laid for Episodes 4, 5, and 6, beginning with Padme giving birth to twins Luke and Leia and how they were kept hidden from their fallen Jedi father; and subsequently, the fateful duel between Obi-Wan and Anakin on the fiery planet of Mustafar that left the Jedi apprentice burned, broken, and maimed—but rescued by Emperor Palpatine (Ian McDiarmid). And while Anakin was dubbed “Darth Vader” by Palpatine earlier in the film, it wasn’t until his operatic transformation into a mask-wearing, heavy-breathing and electronically enhanced Sith Lord on an operating table that made the birth of evil complete, thus becoming the film’s defining moment. 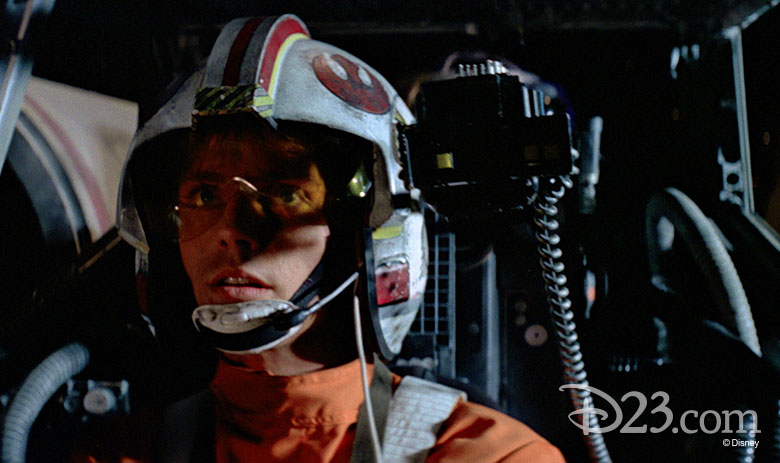 Episode IV—A New Hope: The Force is with Us
When the first film in the classic Star Wars trilogy was released in 1977, Lucas introduced moviegoers to Tatooine farm boy Luke Skywalker (Mark Hamill), who learns from reclusive Jedi Knight Obi-Wan Kenobi (Sir Alec Guinness), the ways of the Force, “an energy field created by all living things. It surrounds us and penetrates us. It binds the galaxy together.” Luke experienced just how powerful the Force was when Obi-Wan sacrificed himself in a lightsaber duel with Darth Vader (David Prowse/voice of James Earl Jones) in order to help Luke, Han Solo (Harrison Ford), and Princess Leia (Carrie Fisher) escape from the Death Star, but there was more: In the stunning conclusion of the film, Luke listened to the spirit of Obi-Wan and opted to trust his feelings and use the Force and turned off the targeting computer in his X-Wing Fighter. Taking a deep breath as he fired two proton torpedoes into a tiny exhaust port that set off a chain reaction to blow up the evil Empire’s planet-destroying Death Star, Luke once again hears Obi-Wan, telling him, “The Force will be with you … always.” 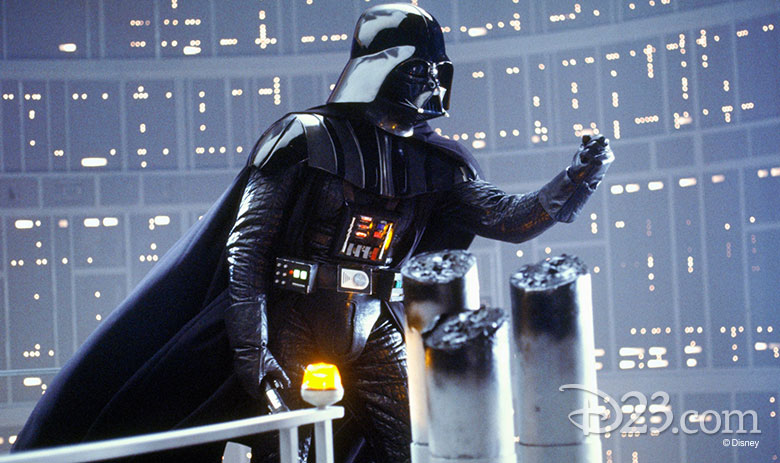 Episode V—The Empire Strikes Back: All in the Family
Jedi Knights have to get their powers from somewhere, and George Lucas explored that notion with one of the most shocking reveals in cinematic history in the third act of Episode V. After all, Luke was led by Obi-Wan to believe his father was killed by Darth Vader (he was, in the metaphorical sense—we just didn’t know it yet), so there was no reason for any audience member to suspect Darth Vader to tell Luke, “I am your father” as he invites him to join the Empire after battering his son in lightsaber duel in Cloud City. The moment added a whole new dimension to the story and suddenly changed the young Jedi’s perspective of the Sith lord. Running a close second for most memorable moment for Episode V: Han Solo and Princess Leia’s unexpected exchange before Han was encased in carbonite, where Leia proclaimed, “I love you,” to which the nerf-herding scoundrel replied, “I know.” 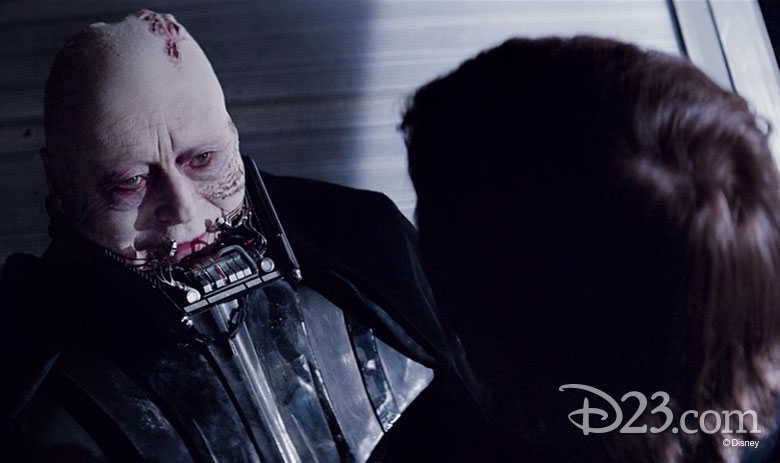 Episode VI—Return of the Jedi: Darth Vader’s Redemption
Although he lost his right hand to his father in a near-deadly lightsaber duel in Episode V, Luke knew that there was still good in Darth Vader and reluctantly went to battle with the Sith lord once again, but this time in front of Emperor Palpatine on the Death Star II. This time, however, Luke was the victor, but when he defied orders from Palpatine to destroy his father, the emperor tried to kill Luke—until he was thwarted by a broken and battered Vader, who tossed the Sith master to his apparent death in a bottomless chasm. Vader didn’t complete his redemption, though, until he requested his son to remove his helmet so he could look at him through Anakin Skywalker’s (Sebastian Shaw) eyes, confirming there was still good in him as he tells Luke, “You were right about me. Tell your sister, you were right.” Enhancing the moment was the thrilling shot of the spirits of Anakin, Obi-Wan, and Yoda (voice of Frank Oz) appearing before Luke during the Rebels’ victory celebration on Endor. 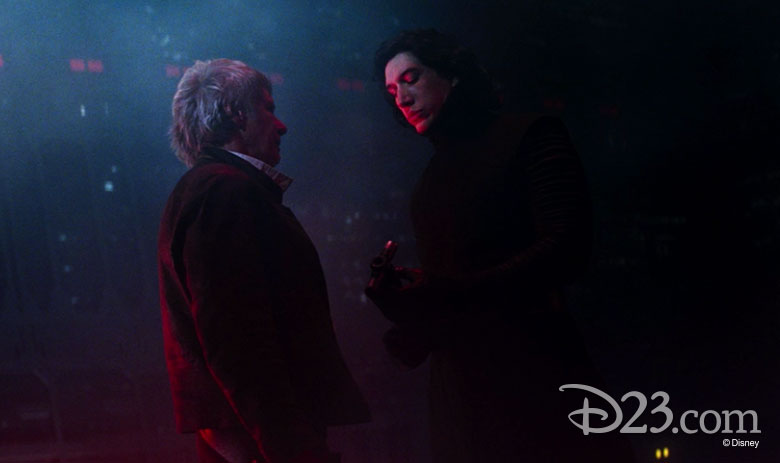 Episode VII—The Force Awakens: Han Solo’s Demise
The long-awaited follow-up to Episode VI 36 years later introduced us to three new heroes in the Star Wars universe—Rey (Daisy Ridley), Finn (John Boyega) and Poe (Oscar Isaac)—but also said goodbye to an old one. Even though Harrison Ford decades ago reportedly requested George Lucas kill off Han in the classic trilogy, his demise at the hand of his and Leia’s son—the former Ben Solo who turned to the dark side and became Kylo Ren (Adam Driver)—was shocking, nonetheless. As devastating as it was to see Han go, it was a necessary plot twist to demonstrate just how evil being inhabited by the dark side could be. 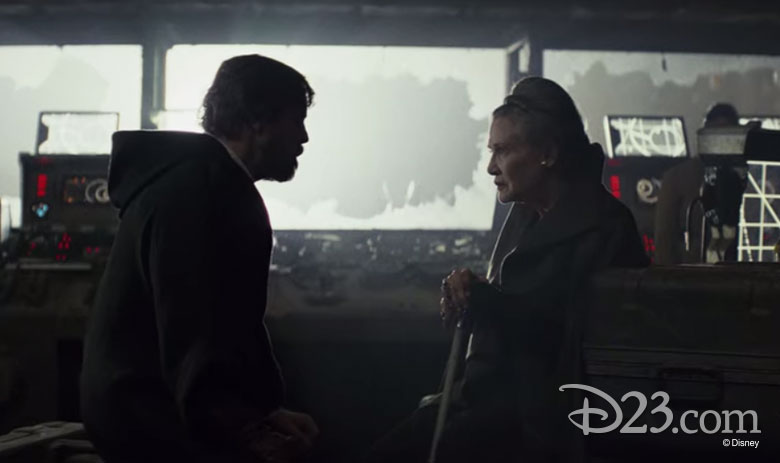 Episode VIII—The Last Jedi: Leia is Never Really Gone
While Mark Hamill and Carrie Fisher both appear in the new Star Wars trilogy, the Skywalker siblings don’t actually have a scene together until the third act of Episode VIII during the Battle of Crait. While the Resistance is hunkered down in a former Rebel outpost, Luke, in holographic form, reunites with his sister to essentially say goodbye as he was preparing to exhaust his Jedi powers to defeat Kylo Ren. And while Luke’s line, “No one is ever really gone” is in response to Leia lamenting, “My son is gone” after she realizes Kylo Ren has consumed the essence of Ben Solo, the line became all the more poignant by the tragic loss of Fisher a year earlier. Proof positive that Leia is never really gone is Fisher’s powerful, final movie appearance in The Rise of Skywalker thanks to unused footage from The Last Jedi, cementing once and for all that the princess-turned-general is and will always be the heart of that galaxy far, far away. 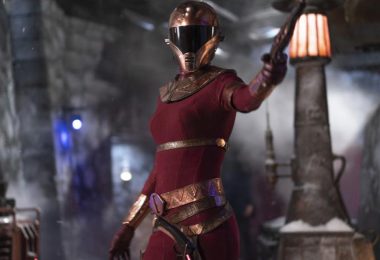 Punch It! Meet the New Characters of Star Wars: The Rise of Skywalker 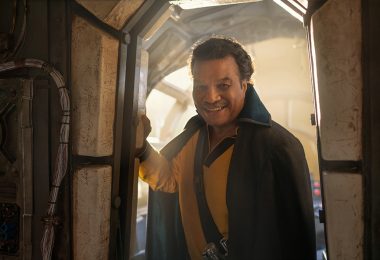 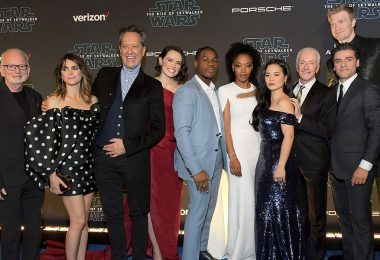 The Epic Premiere of Star Wars: The Rise of Skywalker Was a Celebration of the Star Wars Family