Viewers will meet the newest Super Hero to join the Marvel Cinematic Universe on Wednesday, June 8, with the premiere episode of Marvel Studios’ Ms. Marvel, debuting exclusively on Disney+.  Allow us to introduce Ms. Marvel, aka Kamala Khan, and the family and friends that anchor her life and support her as she transitions from a Muslim American teen to a Super Hero and future Avenger. 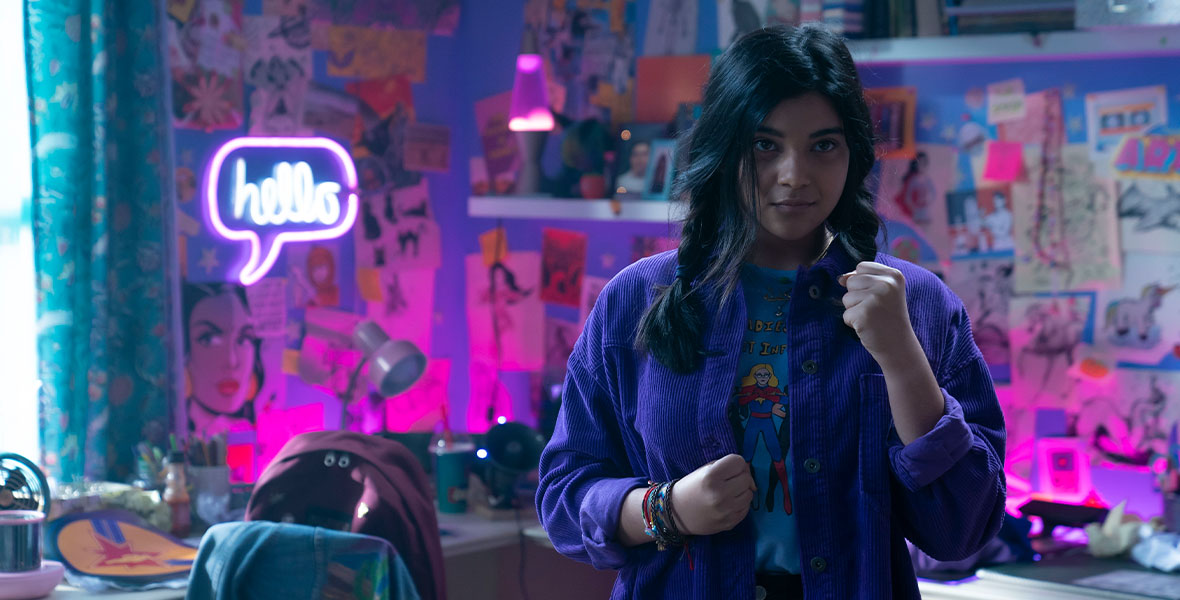 Iman Vellani as Ms. Marvel/Kamala Khan
In Ms. Marvel, Kamala Khan is 16-year-old Muslim American girl growing up in Jersey City. She’s a nerd, a gamer who writes fan fiction and most of all a huge fan of the Avengers, particularly Captain Marvel, who is her hero. Kamala spends her time hanging out with her best friends Bruno and Nakia and is close with her family. As Kamala begins to discover her new destiny, it puts a strain on her relationships as she struggles to understand her new reality.

“What’s interesting about Ms. Marvel is that she is so different and unique from all the other [Super] Heroes,” says Sana Amanat, executive producer of the series and Executive of Production & Development for Marvel Studios.“She’s just a teenager from Jersey City trying to figure the world out when she’s suddenly imbued with powers. And while her identity puts a different lens on this Marvel story, she is still so relatable.”

Zenobia Shroff as Muneeba and Mohan Kapur as Yusuf
Family is the anchor of Kamala’s life. While her father Yusuf is much more open to his daughter’s creative aspirations and fascination with Super Heroes, her mother Muneeba is much more conservative and wants her daughter to follow a traditional path in life.

“Yusuf is a warm, caring, compassionate man, but his wife Muneeba definitely has the upper hand in the household,” Kapur says. “He adores Kamala and always encourages her to follow her dreams, although his wife tends to be a bit stricter. He understands where his wife is coming from, but he also understands it’s the 21st century and she’s a young teenage girl living in Jersey City. He tries to protect and soften things for her when Muneeba gets too overbearing and judgmental.”

“Muneeba is definitely the bad cop to Yusuf’s good cop,” admits Shroff. “She is much harder on Kamala. I think it’s one of those things where you get a teacher who says, ‘I was tough on you because I knew how great you could be.’ Muneeba knows Kamala’s potential and that there’s something special inside her, but she still wants to protect her from all that.”

Sagar Shaikh as Aamir
While Kamala stretches the boundaries of her family dynamic, her brother Aamir is her ally in softening her parents’ traditional values and expectations. “Aamir is Kamala’s pretty religious, self-proclaimed wiser older brother,” says Shaikh. “He’s kind of aloof and is not as funny as he thinks he is, but I think Kamala gets a lot of her quirks from him. They’re both kind of dorky in their own ways, but he chooses to focus on his relationship with his fiancée instead of Super Heroes and artistic pursuits. He’s kind of the middleman between Kamala and their parents.” 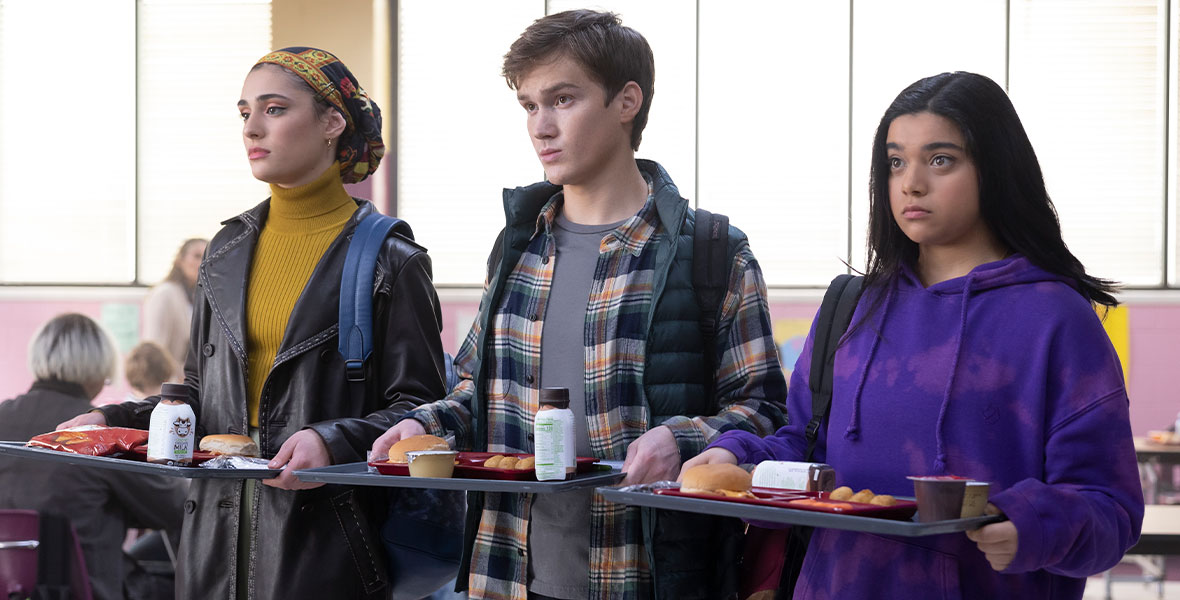 Yasmeen Fletcher as Nakia
“Nakia is Kamala’s best girlfriend since they were little kids, and they are a big part of each other’s support system,” explains Fletcher. “They have definitely leaned on each other growing up, which you can tell just from their conversations. Nakia is such a strong character and breaks a lot of the stereotypes for hijab girls… She’s opinionated and is willing to fight for anything that she believes in.” 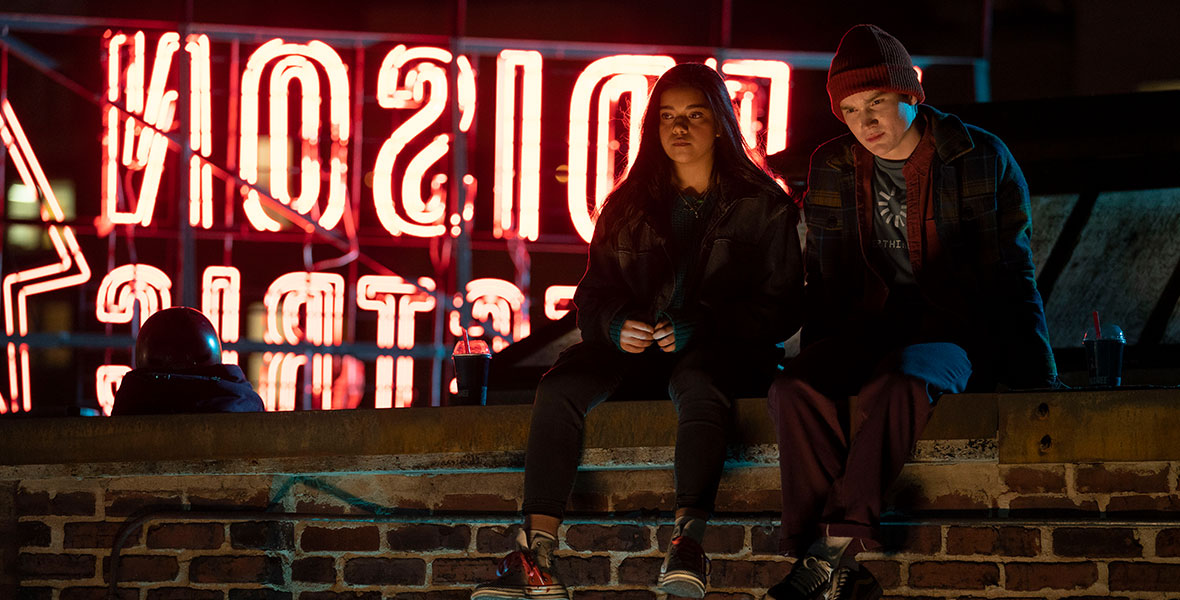 Matt Lintz as Bruno
Kamala’s other bestie is Bruno Carrelli, a gifted student with a love for science and technical know-how, who develops a bit of a crush for his childhood friend.

“Bruno and Kamala have grown up together and been best friends since second grade,” says Lintz. “You see that in the first episode in the way he interacts with her family and when they hang out at the Circle Q, where he works. Bruno is very loyal to Kamala, especially when she gets her powers, which created a new dynamic between them from just two amazing friends going to school, having fun, and being big fans of the Avengers and Captain Marvel.” 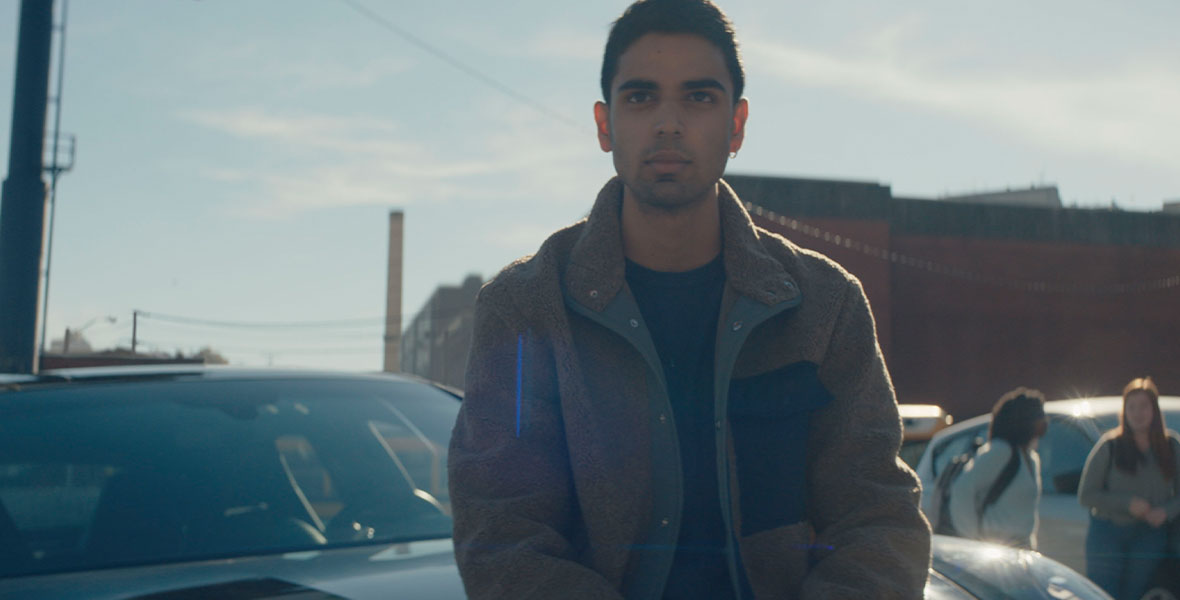 Rish Shah as Kamran
Kamala’s world begins to change when she meets Kamran at a party and finds an instant connection in their ability to bond about things she is struggling with in her own life.

“Kamran initially is just a random boy Kamala meets, and she is immediately infatuated by his charm and charisma,” says Shah, who plays Kamala’s love interest. “Kamran has always felt a lack of belonging and community. When he gets to know Kamala, he finds someone he can relate with in the sense of their culture, humor, and being able to talk about Pakistani things together and not having to hid that or feel embarrassed by it.”

Be sure to tune in to Ms. Marvel on Wednesday, June 8, on Disney+ to learn more about these central characters and Kamala Khan’s Super Hero transformation.