As an Archivist at the Walt Disney Archives, I’m often asked, “What is your favorite thing in the Archives?” and “What is the oldest object in the Archives?” For me, the most interesting pieces are the assets that were once the personal property of Walt Disney.  One example that encompasses both Walt’s ownership and longevity with the Company is a small megaphone from 1922. Made from heavy duty cardboard that has been painted black, the eight-inch long bullhorn has white stenciled letters that spell LAUGH-O-GRAM across the cone shaped exterior. A tarnished metal mouthpiece with several minor dents caps off the small end of the megaphone. Although the white paint has faded and a small ragged tear can be found on the back, this historical piece has survived for almost one hundred years and represents Walt’s earliest foray into live-action filmmaking. Laugh-O-gram Films in Kansas City produced a series of seven updated fairy tales: The Four Musicians of Bremen, Little Red Riding Hood, Puss in Boots, Jack and the Beanstalk, Goldie Locks and the Three Bears, Jack the Giant Killer and Cinderella. Shortly before the Laugh-G-gram studio filed for bankruptcy in 1922, Walt moved to California to established what would later become The Walt Disney Studios. An early Hollywood director and his megaphone—it doesn’t get much better than that here in the Walt Disney Archives! 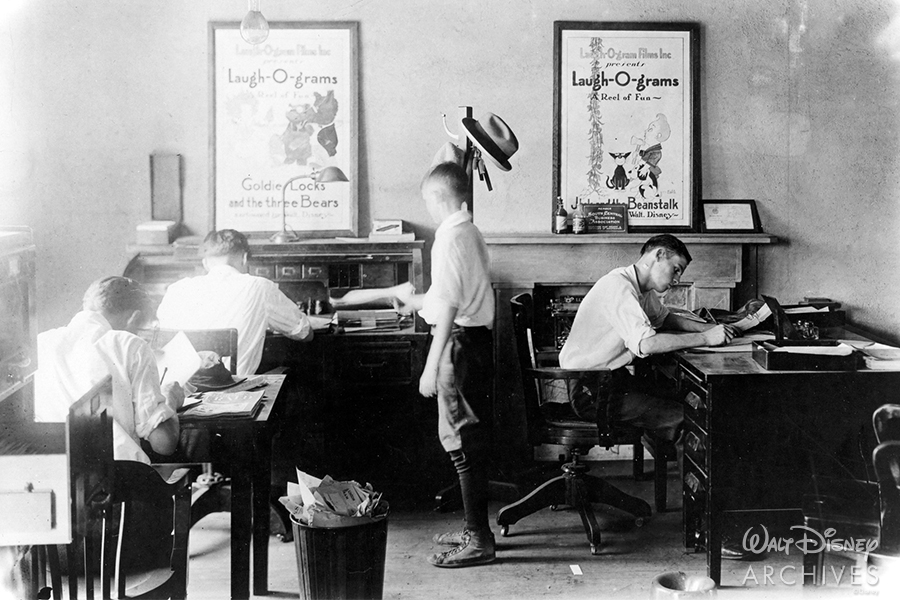 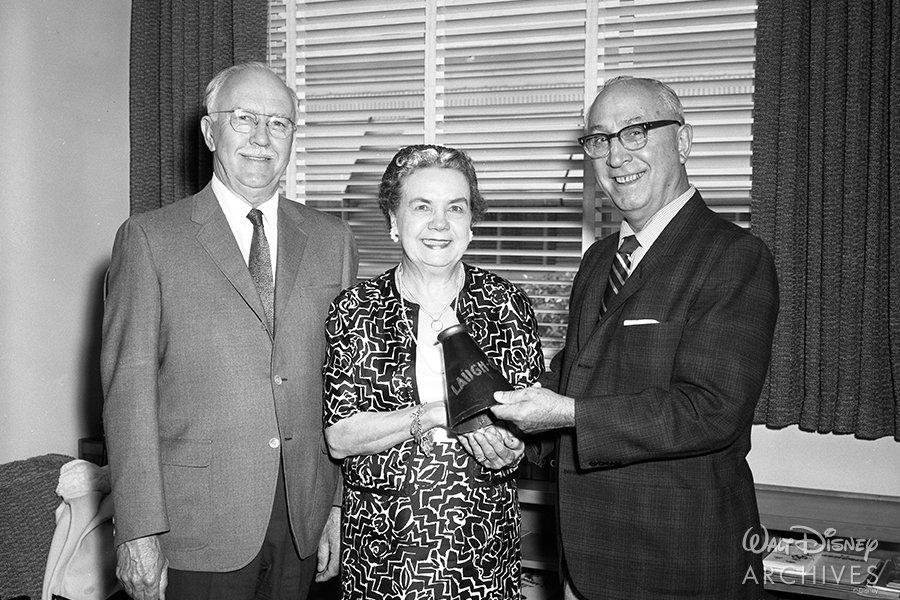 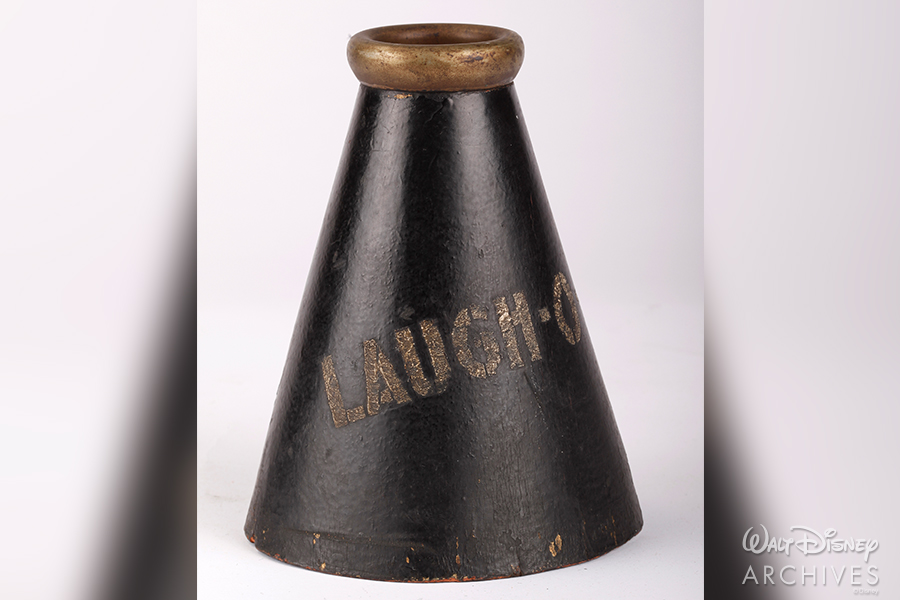 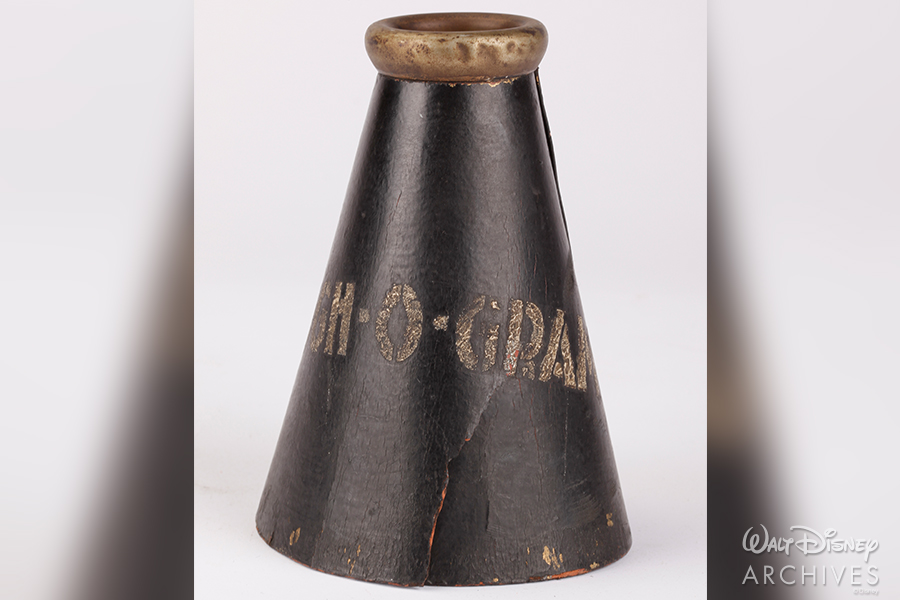