Get ready to blast off at D23 Expo, because National Geographic is presenting an exclusive sneak peek of the scripted series The Right Stuff, based on Tom Wolfe’s bestselling novel that spotlighted the historical Mercury 7 astronauts. Join Jake McDorman (What We Do in the Shadows, Lady Bird), Colin O’Donoghue (Once Upon a Time,) Aaron Staton (Narcos: Mexico, Castle Rock), Michael Trotter (Underground, The Evening Hour), Micah Stock (Brittany Runs a Marathon, Escape at Dannemora), and James Lafferty (The Haunting of Hill House, Small Town Crime) as they give fans the first look at the early days of production on the series.

The Right Stuff fan experiences will launch Saturday, August 24, with a cast autograph signing and meet-and-greet at Talent Central from 12:45 to 1:45 p.m. Then, over at Center Stage from 2:30 to 3 p.m., the cast will sit down with special guest moderator, retired NASA astronaut Nicole Stott, for an out-of-this-world Q&A and first look at the series. Immediately following, from 3 to 3:50 p.m. at the Walt Disney Television booth, fans will get another chance to meet and take pictures with the cast and Stott. Finally, at 4:30 p.m., the cast will serve as Grand Marshalls for the D23 Street Party, leading the festive indoor parade across the show room floor inside the convention center.

The first season of The Right Stuff, which uses Wolfe’s book as its starting point, starts at the height of the Cold War. To combat a national sentiment of fear and decline, the U.S. government conceives of NASA’s Project Mercury, igniting a space race with the Soviets and making instant celebrities of a handful of the military’s adrenaline-fueled test pilots. These individuals, who come to be known as the Mercury Seven, are forged into heroes long before they have achieved a single heroic act. At the heart of a historic drama populated by deeply human characters, two archrivals—Maj. John Glenn and Alan Shepard—jockey to be the first man in space. Production began last month in Cocoa Beach, Florida, and will premiere globally on National Geographic in 2020.

As previously announced, National Geographic will be joining the D23 Expo show floor for the first time, delivering unique experiences that inspire curiosity and exploration for fans of all ages. Check out our previous post to see what adventures they are bringing to the show floor. 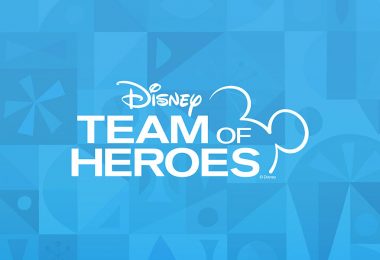