Mal’s not exaggerating when she says “all of Auradon is in danger.”

On Friday, ABC’s Good Morning America gave fans their first look at a magical and magnificent new trailer for the highly anticipated movie Descendants 3, premiering this summer on Disney Channel. With a mysterious sleeping spell rolling across the kingdom, it’s up to the villain kids—Mal (Dove Cameron), Evie (Sofia Carson), Carlos (Cameron Boyce), and Jay (Booboo Stewart)—to save the day. That means they must close the barrier between Auradon and the Isle of the Lost—but nemeses Uma (China Anne McClain) and Hades (Cheyenne Jackson) have other plans. 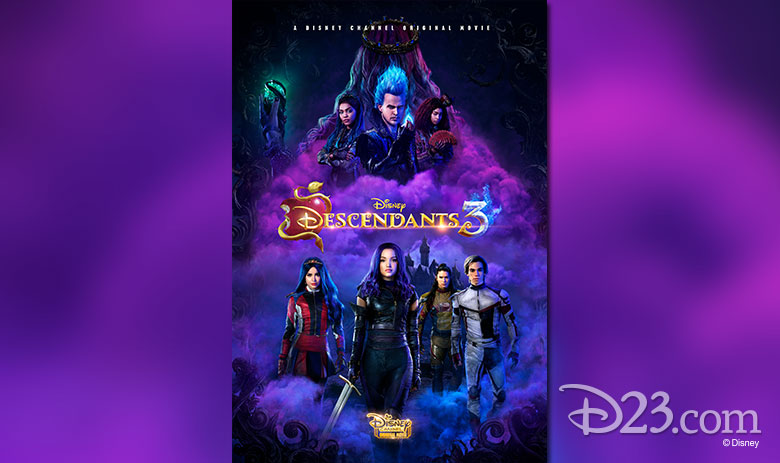 In addition to the trailer, Disney Channel also released a new poster to promote the DCOM.

Stay tuned to D23.com for all of the wickedly wonderful Descendants 3 news as it’s announced.