Marvel Studios’ Shang-Chi and The Legend of The Ten Rings is an origin story that blazes across the big screen with never-before-seen, mind-blowing action, stunning visuals, and the Marvel Cinematic Universe’s signature blend of heart and humor. And although this marks the first time Shang-Chi has appeared onscreen since his Marvel Comics debut in 1973, it’s not the first time the shadowy Ten Rings organization has popped up in the MCU.

In fact, the Ten Rings organization was behind the plot to kidnap Tony Stark (Disney Legend Robert Downey Jr.) in 2008’s Iron Man—the very film that turned the genius, billionaire, playboy, philanthropist into a bonafide Super Hero and, in turn, launched the MCU. The person behind the Ten Rings organization was deceptively introduced in 2013’s Iron Man 3 in the form of Iron Man’s archenemy, The Mandarin, who debuted in Marvel Comics in 1964, a decade before Shang-Chi. In the film it was revealed that the person masquerading as the Mandarin was actually an actor named Trevor Slattery (Ben Kingsley), hired by the secret leader of the Ten Rings to impersonate him and broadcast his agenda. 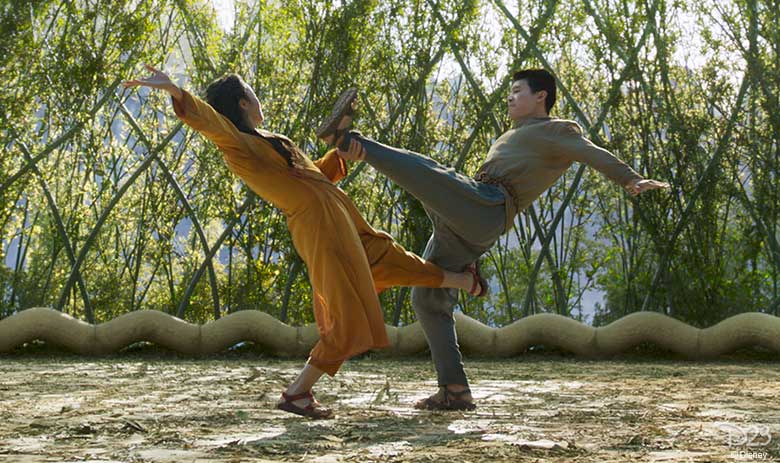 “We talked about when to bring the person behind the Ten Rings organization to the screen, and we wanted to do it when we felt we could do the character justice and really showcase the complexity of the character—and that’s what fun about the MCU at this stage,” says Kevin Feige, producer and president of Marvel Studios. “We can make a film like Shang-Chi and The Legend of The Ten Rings and introduce a brand-new hero to the world, but the subtitle actually connects it back to the very beginning of the MCU, which opens the door to exploring the Ten Rings organization and who is really behind it.”

Kingsley reprises his role in Shang-Chi and The Legend of The Ten Rings, coming into contact with Shang-Chi (Simu Liu), Katy (Awkwafina), and Xialing (Meng’er Zhang). We won’t spoil the circumstances of how that happens—you’ll have to see the film when it opens in theaters on Friday, September 3—but he plays an integral role in their mission.

In Shang-Chi and The Legend of The Ten Rings, audiences will learn the history of the real person who leads the Ten Rings: Xu Wenwu (Tony Leung), Shang-Chi’s father. The power of the actual Ten Rings has allowed Wenwu to build the Ten Rings criminal organization.

Trevor isn’t the only familiar face who pops up in Shang-Chi and The Legend of The Ten Rings. After Shang-Chi is attacked in San Francisco, he and Katy travel to Macau to warn his sister, Xialing, that danger is heading her way. Once there, they learn Xialing has made a name for herself as owner of the Golden Daggers Club, an underground fighting ring. 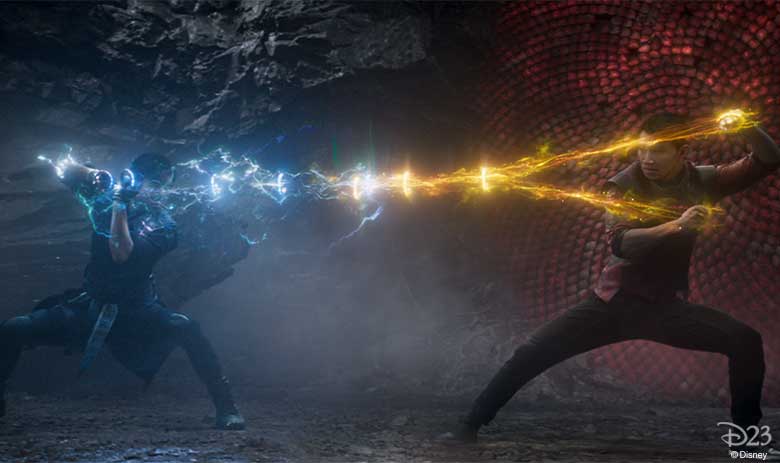 Shang-Chi and The Legend of The Ten Rings is an origin story that sets up the titular character for a promising future in Phase Four of the MCU. Phase Four features both known characters, such as Doctor Strange (Benedict Cumberbatch), Spider-Man (Tom Holland), Captain Marvel (Brie Larson), and unknown ones, such as the Eternals.

Liu, for one, can’t wait to tell more stories as Shang-Chi. “I never thought in my wildest dreams that I would be here,” he says. “It’s been the most grueling thing I’ve ever done, but easily the most fulfilling. Whether it’s doing action sequences that have been choreographed by some of the most incredible action designers and martial artists in the world or acting opposite some of the most incredibly talented people that have ever graced the screen, every day felt like it was full of blessings. Many days I would go home and my entire body would be aching. But even then, I never lost sight of the fact that this is a historic, significant moment. To be a part of that is so incredible, and I can’t say enough how grateful I am for it.”