Much like the comic series that inspired it, Marvel Studios’ Ms. Marvel brings Kamala Khan and her family, friends, and world to vibrant, fully realized life. The Original series, created exclusively for Disney+, introduces viewers to Kamala—the newest member of the Marvel Cinematic Universe who also happens to be the first female Muslim American Super Hero.

The show follows Kamala as she becomes Ms. Marvel, all while wrestling with her new superpowers—and some truly fierce adversaries—on her journey toward embracing her Super Hero fate.

Ms. Marvel has covered much ground since its debut on June 8, both the earthly and otherwise—from Jersey City, which Kamala calls home, and the exuberant streets of Karachi, Pakistan, where Kamala’s Muslim American family hails from, to, well, flashes of another realm: the Light Dimension.

On the eve of its penultimate episode on July 6, D23 sat down for exclusive interviews with some of the cast and creative team behind this oh-so-marvelous addition to the MCU. 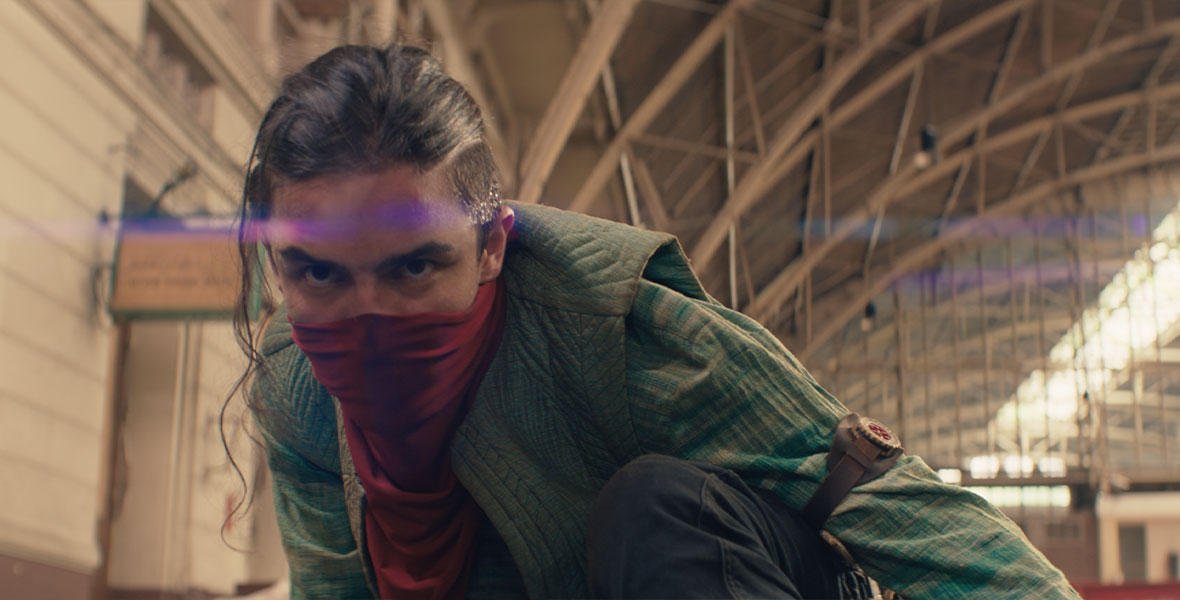 “This show is really creating a baseline for who these characters are. We’re creating it as it goes,” said Aramis Knight, who plays Kareem in the series. “The comics are definitely a big influence on the characters and the different personality traits we have, but there’s not a lot of history built into them. Our show is actually going to create the path for where the comics will end up going.”

In said comics, Kareem, aka the Red Dagger—who first appears in episode 4 of Ms. Marvel, aptly titled “Seeing Red”—is a lone vigilante crime fighter on the streets of Karachi. However, in the series he is part of a larger crime-fighting society of Red Daggers.

“He’s dedicated his life to a society of Red Daggers. Many have come before him; many will come after him. That’s a big of a difference, but one I was really happy with,” Knight added. 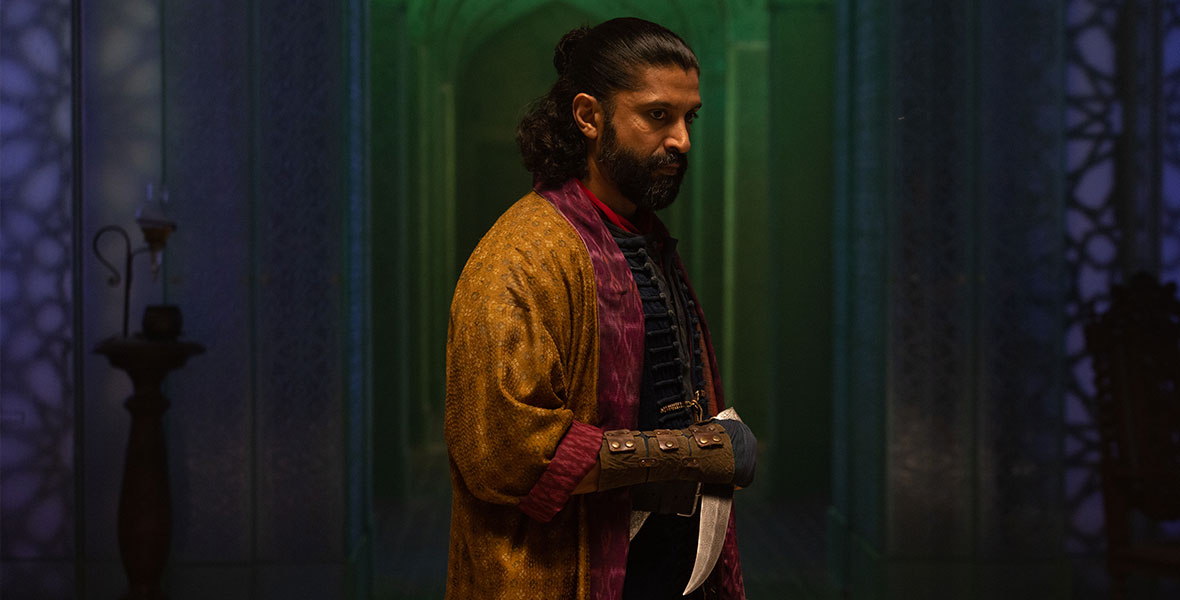 That’s not the only twist in town. Kareem now has a mentor named Waleed, a new character created for the series. Played by award-winning producer/director/writer and Bollywood multi-hyphenate Farhan Akhtar, his appearance has been memorable—albeit all too brief.

“Most of the [character] work was done by the writers, the executive producer, and then the director, who took time to create a flesh and blood individual,” said Akhtar, “not just someone who just steps in and delivers some information. They had a whole history of the character, where he comes from, experiences that he’s had years ago; how he got that scar on his face. All those things were written and given to me, so by the time I got on set to play this character, I already had enough information that I could bring with me to create [someone] that was real, that could be emotionally felt. Not just physically, which was important.”

One thing that hasn’t changed is the intense, knife-wielding fighting that is a signature of Kareem and the rest of the Red Daggers.

Knight cites his prior martial-arts training from playing M.K. on Into the Badlands, not to mention a similar relationship both on- and off-screen with its lead actor and executive producer Daniel Wu, as being instrumental in his landing the role on Ms. Marvel.

“Even in the audition process, after the acting test and the martial arts test, I called my reps afterwards and was like, ‘I’m going to get this because of how much fell into place for me to be Kareem,’” he said. “I trained in Wushu for five years on Badlands. Daniel Wu is my mentor. He’s like a father figure to me; I talk to him weekly. I knew that was really going to come in handy for this role.” 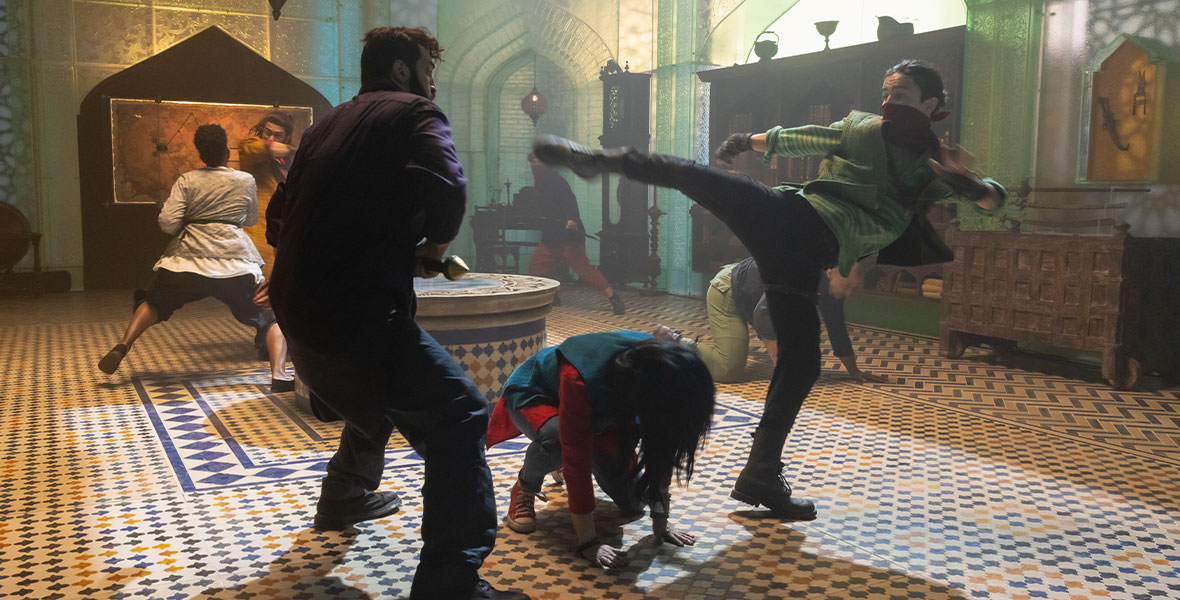 Knight and the cast underwent intensive training and rehearsals to safely create the high-octane fighting and chase sequences for the “Seeing Red” episode, under the supervision of second-unit director Gary Powell and his team.

“I absolutely loved it. Working with Aramis on the scenes was really fun,” said Akhtar. “You really get to let your hair down. Gary is like a little boy in a toy store that wants to just do everything really fast. The more he knows that you have the ability to do the stunt, he will let you do it. So, I had a really fun time because I wanted to do as much as I could do myself and it was great—an absolutely wonderful time.”

Akhtar is one of several well-known Pakistani actors in Ms. Marvel, which also includes Mehwish Hayat, who plays Kamala’s great-grandmother Aisha—a character much alluded to and even seen briefly in flashback. She credits the show’s creative team, including executive producer/writer Sana Amanat (who also co-created comics the series is based on), with helping her develop a fully realized portrait of the mysterious figure.

“Those conversations and reading sessions really helped me as an artist to do justice to Aisha’s character,” Hayat said. “But I try not to go into overdrive and do too much research before the shoot because I think it becomes a bit mechanical. I still like to keep the freshness and spontaneity alive.”

The series is directed by a quartet of acclaimed filmmakers: Adil El Arbi and Bilall Fallah (episodes 1 and 6), Meera Menon (episodes 2 and 3), and two-time Academy Award® winner Sharmeen Obaid-Chinoy (episodes 4 and 5).

“My episodes are about Kamala finding a voice. They’re about her connecting with her roots and understanding where she comes from and, in doing so, putting the fragments of her identity together. To find the source of her powers,” Obaid-Chinoy explained.

She spoke with El Arbi and Fallah, who helm the finale that follows her two episodes, about her plans, but was left to her own devices. “Marvel was very good about that. I knew that I wanted to stay in the visual language of making sure it was colorful and making sure that we were bringing quiet moments and big moments, and that sense of adventure,” she continued. “As long as I was keeping true to that, it was almost like I had to say I had a free hand at creating a world.” 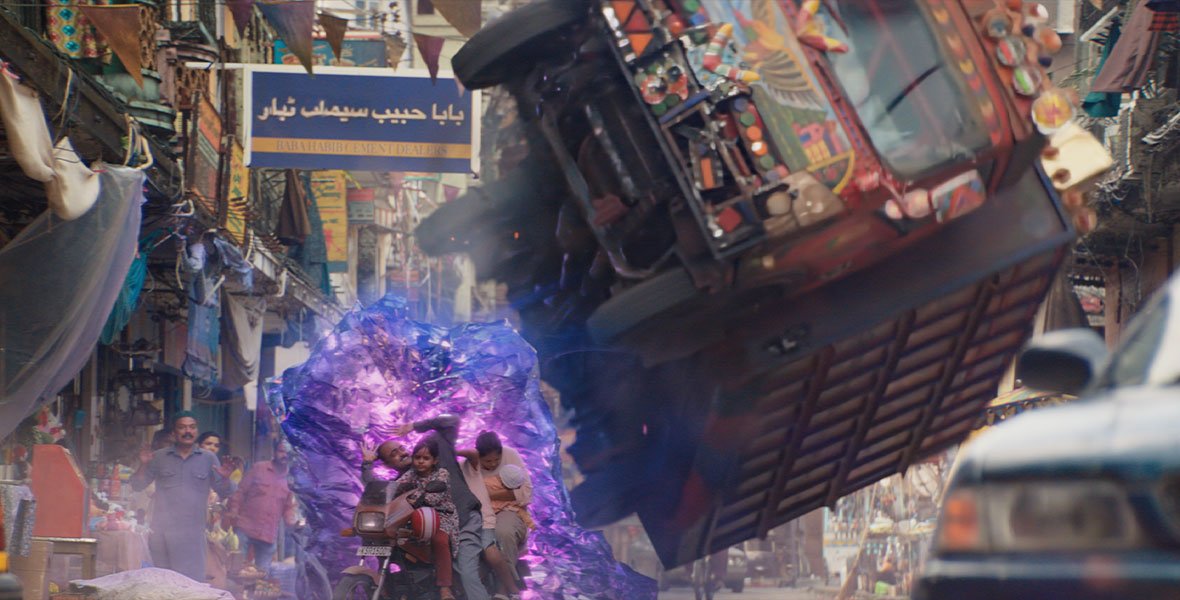 Karachi, the “City of Lights,” plays a central role in episode 4. Obaid-Chinoy deftly and intentionally captures the vibrancy of a city that many viewers may be unfamiliar with.

“I grew up in Karachi,” she explained. “These are the streets that I walked. The landmarks in episode 4 are the landmarks that I have from my childhood. We often see Pakistan through a very different filter, and I say filter because it’s literally always yellow, and into a different sort of lens when we see it in Hollywood.”

She continued, “Pakistan has so much to offer, and this young girl is going on an adventure—so I pulled what I would think would be how I would see Karachi when I landed. So we have bright, beautiful murals; our trucks and our buses are hand-painted with intricate motifs. We have rich fabrics, and these funky shops. And we have swanky clubs, where she goes with her mother and people are hobnobbing and drinking and it’s like a private club. I think that Karachi has many layers, and that’s what I wanted to feel for audiences. So, they go on this adventure too.”

And then there are those mind-boggling chase scenes through the city streets.

“I will say this: If you have lived in Karachi, you’ve already been in a big chase, okay?” said Obaid-Chinoy, chuckling. “There are some elements of my life on the streets, you know—trying to get out of traffic jams. And from day one, I wanted to use the environment as much as possible, around the streets that we were creating, to tell that story.”

The finale of Ms. Marvel premieres on Disney+ next Wednesday, July 13. And look for Ms. Marvel to make her big screen debut alongside Captain Marvel (Brie Larson) in The Marvels, coming to theaters in 2023.