If you needed yet another reason to be grateful in the month of November, look no further than the plethora of offerings from Disney+! The streaming service just announced a lineup that includes multiple finales, premieres, specials, and much more!

In the four-part series Donna Hay Christmas, premiering Wednesday, November 2, with all episodes, Donna Hay demonstrates how to create the most spectacular festive celebration. From reimagined main dishes like the ultimate glazed ham, to showstopping desserts like her signature centerpiece pavlova, Hay shares her best time-savers and signature cheats to create your very own kind of Christmas magic.

Still feeling festive? The Santa Clauses premieres with two episodes on Wednesday, November 16. After stopping at one of his favorite houses, Scott Calvin (Disney Legend Tim Allen) realizes that the 28 years he’s been Santa Claus have flown by. To make matters worse, his magic is beginning to falter. Scott trains to get his Santa mojo back, but the following Christmas things only get worse. In the second episode, he learns that, by way of the “Secessus” clause, he can retire—but he must find a worthy successor before doing so. Torn between wanting to retire and not wanting to leave the North Pole, Scott taps his children as possible candidates. However, neither of them is interested, as they want to know more about the world outside the North Pole.

Premiering that same day is Best in Snow, a festive holiday special hosted by Tituss Burgess that transports teams from around the world to a magical snowy village, Snowdome, and throws them into a spirited competition. With the help of Snowdome’s finest carvers, teams will transform their 10-foot, 20-ton blocks of snow into beautiful creations inspired by Pixar, Marvel, Walt Disney Animation, Walt Disney Studios, and The Muppets Studios. The teams will take family favorites such as Moana, Coco, and The Lion King and bring the characters to life in a way you’ve never seen before—in snow! Spectacular snow sculptures and lively musical performances from Burgess, Kermit the Frog, and DCappella make this an action-packed event for the entire family.

On Friday, November 25, RUN DMC’s Rev Run invites audiences to experience The Hip Hop Nutcracker, inspired by the classic ballet The Nutcracker. It’s the night of the annual New Year’s Eve block party, and Maria-Clara (Caché Melvin) is feeling down because her mom and pop (Allison Holker Boss and Stephen “tWitch” Boss) aren’t getting along. So, she embarks on a holiday adventure to bring them back together, finding help along the way from the magical toymaker, Drosselmeyer (Comfort Fedoke), and the Nutcracker (Du-Shant “Fik-shun” Stegall) she brings to life. Maria-Clara’s journey takes her from the streets of New York to fantasy worlds where she battles with mice and toy soldiers (Viktor White, BDash, and Kevin “Konkrete” Davis”)—and goes back in time to the Land of Sweets in order to find the key to unlock her holiday wish. Will it be enough to rekindle her parents’ lost love before the clock strikes midnight? The special also features dancers Mikhail Baryshnikov, Tiler Peck, KidaTheGreat AKA Kida Burns, the Jabbawockeez (as magical snowflakes), and more. 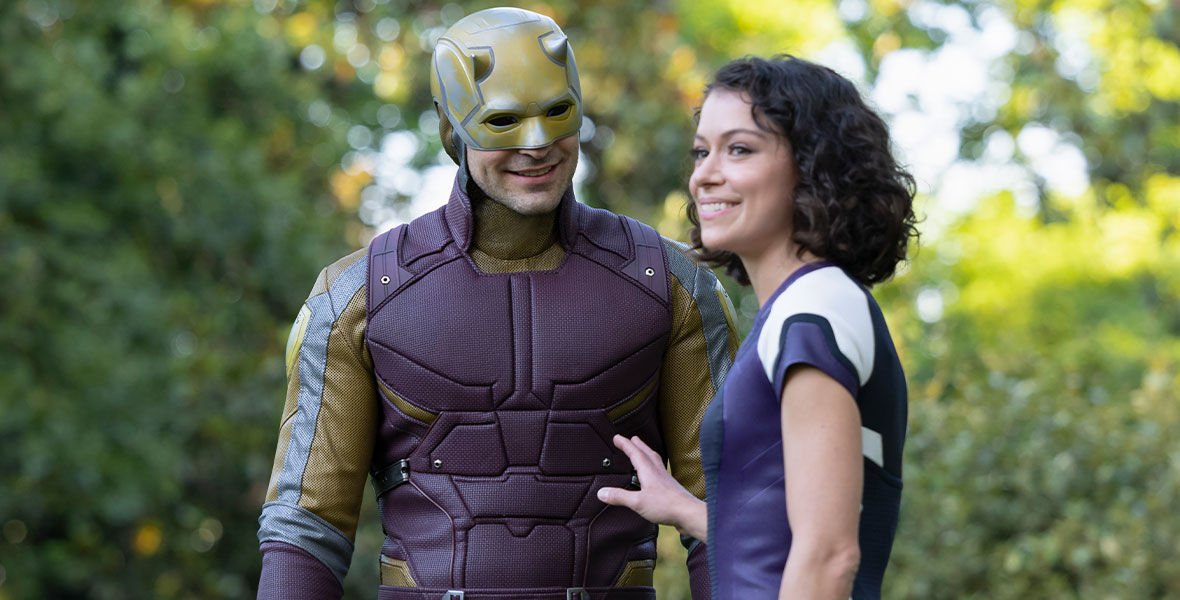 For those looking for non-holiday films, series, and specials, Marvel Studios has several new titles debuting throughout the month. First up is Marvel Studios’ Assembled: The Making of She-Hulk: Attorney at Law (Thursday, November 3), where stars Tatiana Maslany, Mark Ruffalo, Tim Roth, and Benedict Wong reveal how Marvel Studios’ She-Hulk: Attorney at Law was conceived and shaped. Discover what it took for She-Hulk’s creators to pull off the show’s tricky tone and deliver Marvel Studios’ first truly comedic series—one that boldly breaks the fourth wall to acknowledge its own audience, no less! The following day, Director by Night will explore director and composer Michael Giacchino’s vision, style, and approach to bringing the chilling story to life, as well as offering an insider’s look at the between-the-scenes making of Werewolf by Night. That same day, three new episodes of Marvel Studios Legends will debut, highlighting key aspects of Black Panther characters King T’Challa, Princess Shuri, and the Dora Milaje. Last but not least, James Gunn’s The Guardians of the Galaxy Holiday Special will premiere on Friday, November 25, starring Chris Pratt, Dave Bautista, Karen Gillan, Pom Klementieff, Vin Diesel, and Bradley Cooper, and introducing Kevin Bacon.

If you want a dose of reality, on Wednesday, November 9, The Montaners will premiere with five episodes. The docuseries follows the iconic Montaner family, headed by one of the most important artists in the history of Latin music: Ricardo Montaner. That same day, Season 1 of Save Our Squad with David Beckham will premiere; the docuseries will follow David Beckham as he teams up with Westward Boys, an under 14’s grassroots side from East London who have not won a game all season. Beckham must draw upon all of his years of experience if he’s going to stand a chance of saving the team from relegation. A week later, on Wednesday, November 16, all episodes from Season 1 of Limitless with Chris Hemsworth will be available to stream. Hemsworth challenges himself to combat aging and discover the full potential of the human body in this new National Geographic original series, created by Darren Aronofsky. Undergoing a series of epic trials and extraordinary challenges in order to understand the limits of the human body, watch as the actor learns firsthand how everyone can live better longer by discovering ways to regenerate damage, maximize strength, build resilience, supercharge memory, and confront mortality. 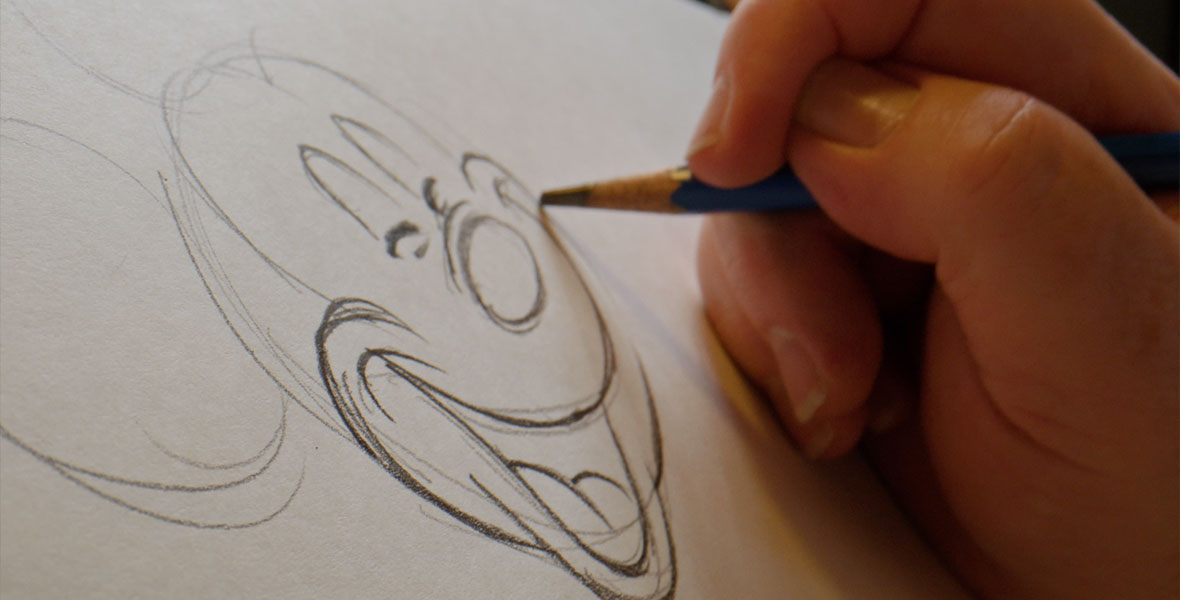 Disney+ subscribers can enjoy the complete first seasons of The Tatami Time Machine Blues (Wednesday, November 9) and Daddies on Request (Wednesday, November 23), as well as every episode of the short-form series Zootopia+ (Wednesday, November 9). And, in celebration of Mickey Mouse’s birthday on Friday, November 18, fans can stream two new titles. The documentary Mickey: The Story of a Mouse chronicles how one of the world’s most beloved icons, Mickey, is recognized as a symbol of joy and childhood innocence in virtually every corner of the globe. Dreamed up at a low point in Walt Disney’s burgeoning career, Mickey became an overnight sensation when he starred in the first sync-sound animated short, Steamboat Willie. Through the decades that followed, Mickey evolved into strikingly different versions of himself that reflect both his creator’s remarkable career and dramatic societal shifts in the nation he came to represent. The brand-new animated special The Wonderful Autumn of Mickey Mouse, meanwhile, will find Mickey in a leafy hamlet, determined to undo the failures of his family’s past after he inherits a rundown pumpkin farm from a distant relative.

That same day, Disenchanted—the highly anticipated sequel to Enchanted (2007)—will debut exclusively on Disney+. It’s been 15 years since Giselle (Amy Adams) and Robert (Disney Legend Patrick Dempsey) wed, but Giselle has grown disillusioned with life in the city. They decide to move their growing family to the sleepy suburban community of Monroeville in search of a fairy tale life—but, unfortunately, it isn’t the quick fix Giselle hoped for. Suburbia has a whole new set of rules and a local queen bee, Malvina Monroe (Maya Rudolph), who makes Giselle feel more out of place than ever. Frustrated that her happily ever after hasn’t been easy to find, she turns to the magic of Andalasia for help, accidentally transforming the entire town into a real-life fairy tale, placing her family’s future happiness in jeopardy. Now, Giselle is in a race against time to reverse the spell and determine what happily ever after means to her and her family. 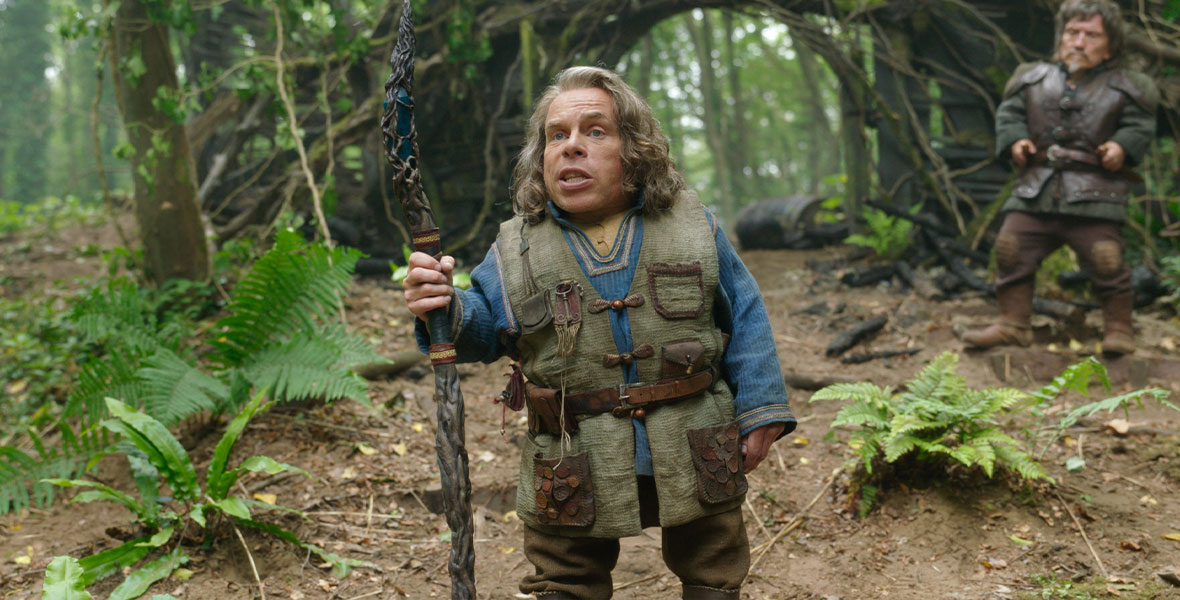 As if that weren’t enough, the first episode of Willow—once again starring Warwick Davis in the title role—will premiere on Wednesday, November 30. A sequel series to Disney Legend George Lucas’ 1988 fantasy adventure film, Willow, the Nelwyn sorcerer has returned, years after saving the infant empress Elora Danan, to lead a group of misfit heroes on a harrowing rescue mission in a world beyond imagination.

Throughout November, enjoy new episodes of Andor, Dancing with the Stars, The Mighty Ducks: Game Changers, The Mysterious Benedict Society, and Sumo Do, Sumo Don’t!, among other Disney+ Originals. The Disney+ library will continue to expand with the addition of such titles as Critter Fixers: Country Vets (Season 4), Fire of Love, The Gift, Gordon Ramsay: Uncharted Showdown(Season 1), Mary Poppins Returns (Sing-Along Version), Mickey and the Roadster Racers: Diggity Dog (Season 1), Mickey Saves Christmas, Saving Notre Dame, and World’s Deadliest (Season 3), among others.

All the titles coming to Disney+ in November are listed below: 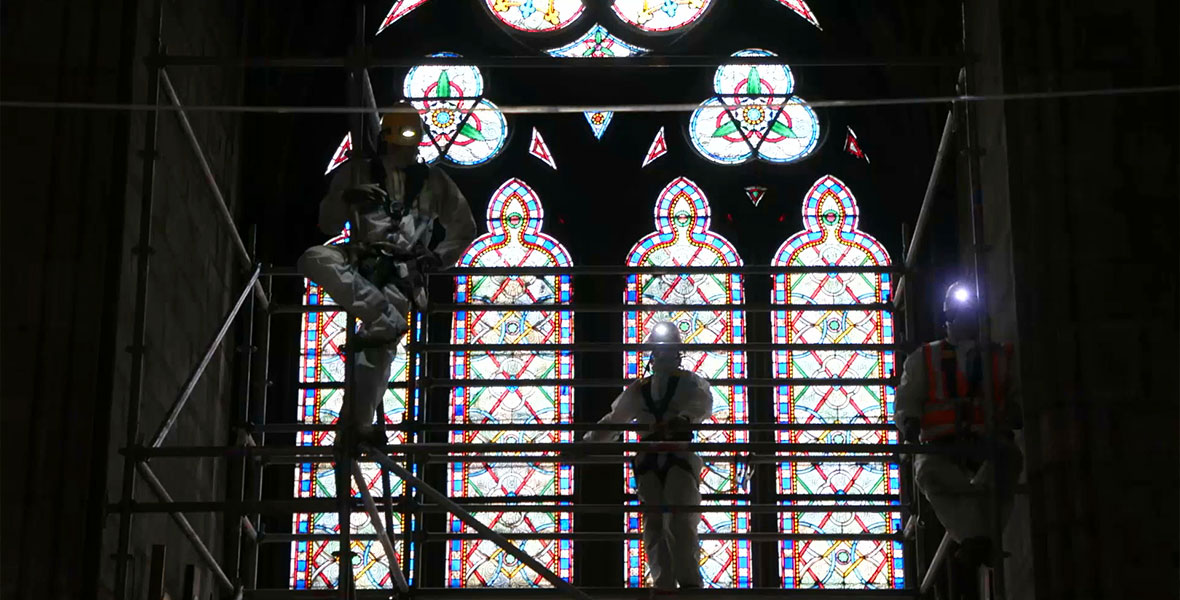 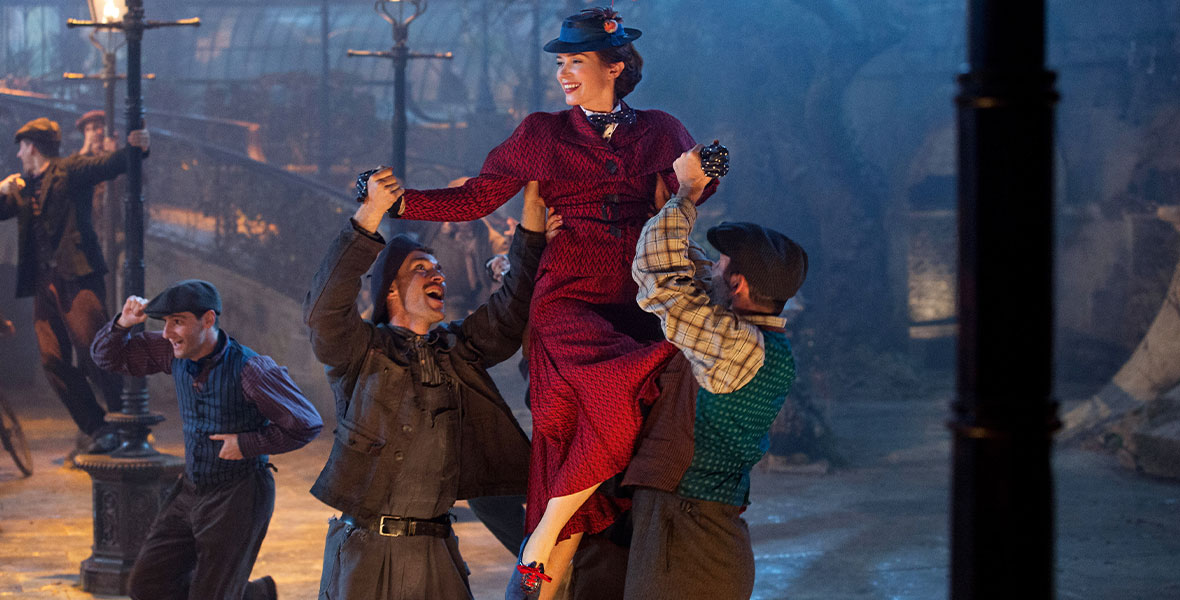 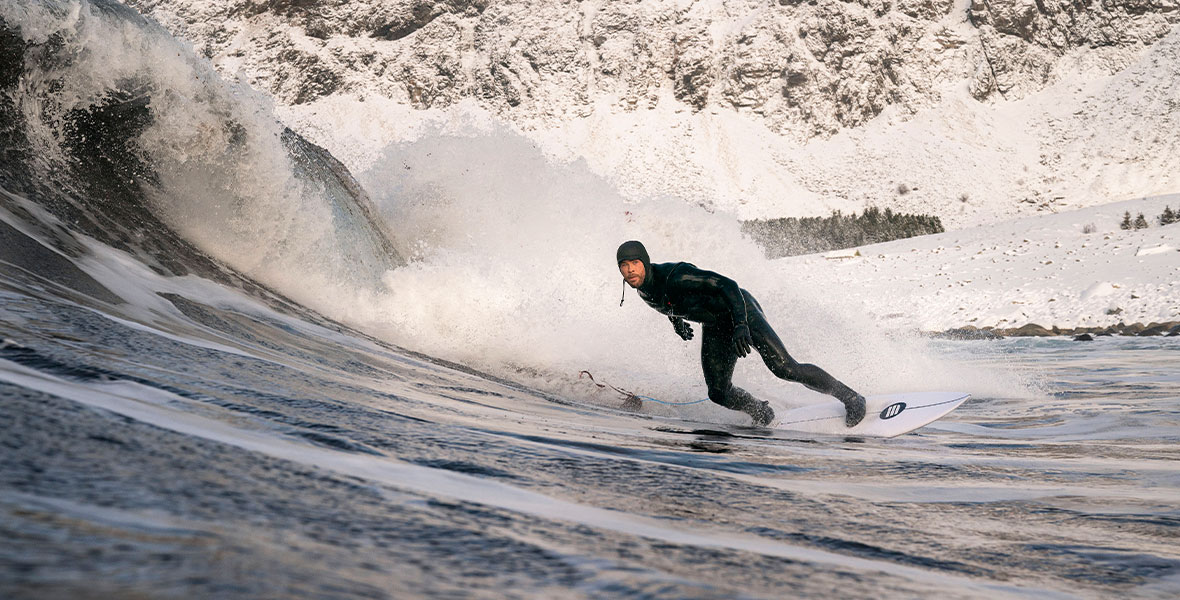 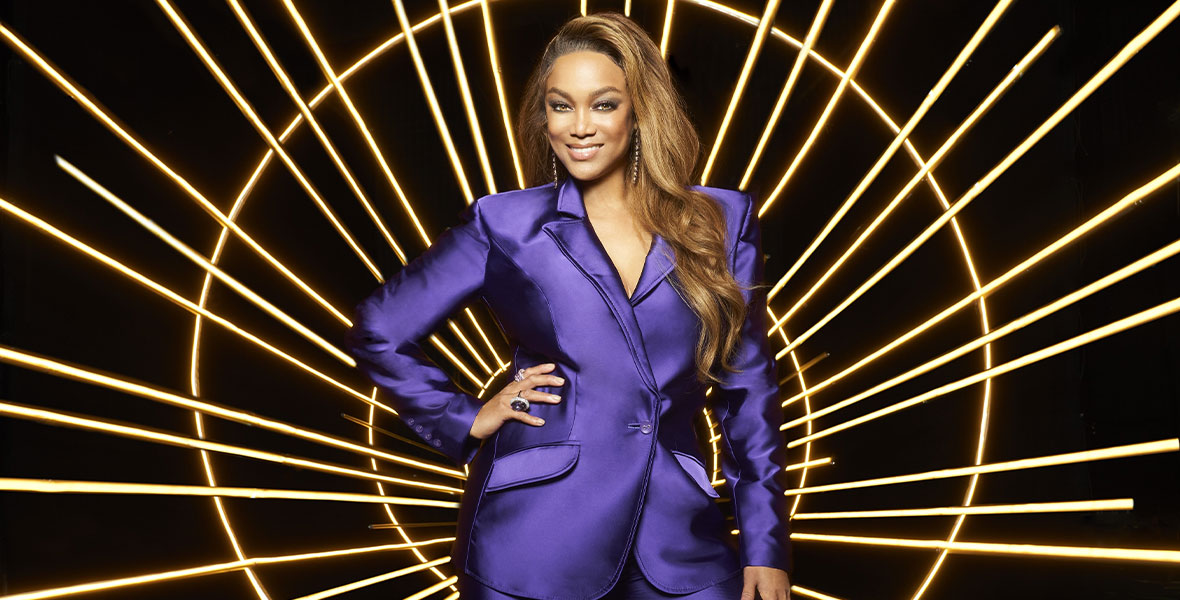 Friday, November 25
The Guardians of the Galaxy Holiday Special (Special) (Premiere)
Heroes of the Sky: The Mighty Eighth Air Force (Special)
The Hip Hop Nutcracker (Premiere)
Life and Death in Paradise: Crocs of the Caribbean (Special)