Do you know a place where bears, lemurs, mice, otters, and the moon all hang out? Children of the ’90s know where to go—the Big Blue House! The beloved series Bear in the Big Blue House, developed by The Jim Henson Company, introduced kids to a house full of lovable puppets who spend the day singing songs, learning about the world, and being just plain silly. Now the series isn’t just limited to ’90s kids’ memories, since it’s streaming on Disney+ for your nostalgic viewing pleasure… or to introduce the youngsters in your life to the wonders of Woodland Valley!

To celebrate the arrival of Bear in the Big Blue House on the big, blue streaming service, D23 talked with two of the performers behind the beloved characters: Noel MacNeal, who brought Bear himself to life, and Peter Linz, the mastermind behind fan-favorite character Tutter, a mouse, along with performing Pip the otter and a variety of other characters.

D23: How does it feel to see the enduring fan base for Bear in the Big Blue House?
Noel McNeal (NM): It’s truly gratifying to see that the kids that originally grew up with Bear are now introducing their kids to the show.
Peter Linz (PL): Same here. Seeing these parents that were little kids—that were our first audience—introducing it to their own children and people posting about it! We didn’t have posting back in the Bear days. We didn’t get internet in Woodland Valley. 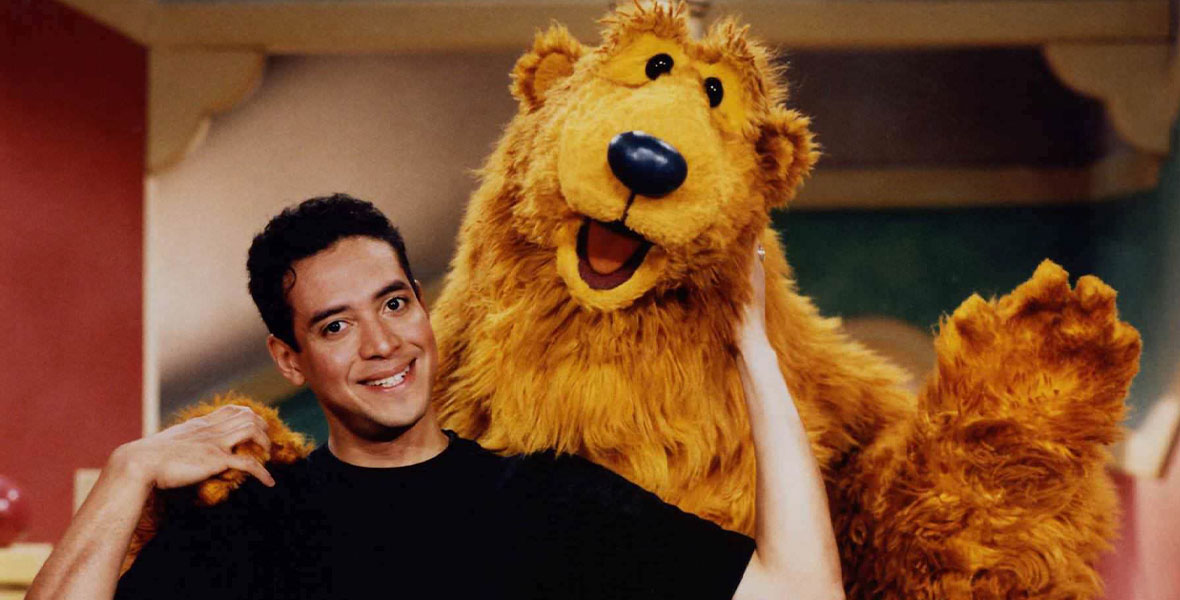 D23: How did you develop characters and mannerisms for something as big as a bear or as tiny as a mouse?
NM: I went there to audition and Peter Van Rodin, who was the executive [producer] at the time, said, “Use your own voice.” It was explained they wanted something so that adults and kids could sit through it [together, so] you can continue having your time with each other, like a caregiver and a kid. It got sort of established that the adults would have these very distinct adult voices, but then the kid characters would have more cartoony voices, more kid-like voices.
PL: Side question for when you first did Bear: Was that was the first time you had done a puppet just using your own voice and not doing anything to it? Did you find it challenging when you first started doing it?
NM: Actually it was. Back then, before I became a dad, I called it my “Uncle Neal” mode. It’s slightly higher and lighter than my normal voice.
PL: Tutter was originally a female character, so that’s where the high voice came from. And actually just… [speaking in Tutter’s voice] Gosh, I don’t know where I came from. We picture a little boy in New York, you know what I’m saying? [Resuming his regular voice] Somehow, this little neurotic mouse has always lived in me, and I had no idea. He is my favorite type of puppet—no mechanisms. A couple of rods go up his body into his arm and his little tail, and then he’s just a mushy sock puppet. You can get so much expression out of something that really has no expression at all. It’s a wonderful challenge. 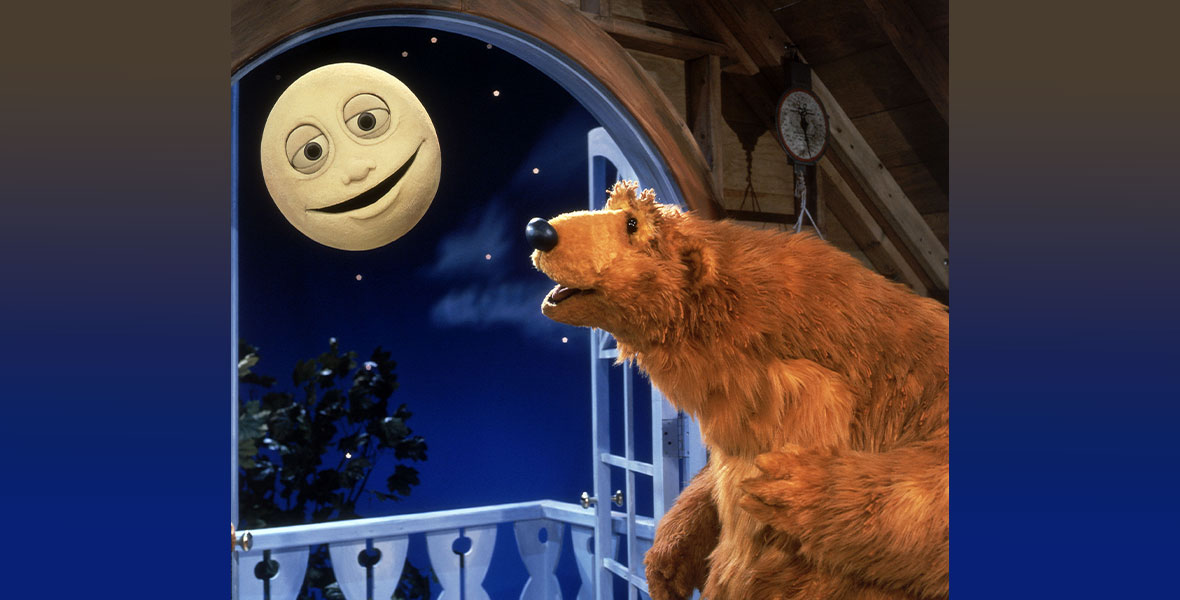 D23: Why do you think Bear in the Big Blue House has had such a major impact on its fans?
NM: The show addresses universal truths of childhood. It’s a different world now, and there’s internet and technology and society’s changed, but there are certain universal truths about childhood. Kids still have birthday parties. Kids are still concerned about bugs and lightning. It addresses all those universal truths—they have a trusted caregiver, and that relationship is universal. The other thing is big and small. Big and small is a very big deal little kids, and the show has this big bear and these little creatures with big problems.

The other thing is the writing is superb. It’s just so important with, especially with children’s shows, that the writing be so on point and it was so well written and constructed that it holds up. It wasn’t too loud, it wasn’t in your face, it wasn’t too frantic, which is why it resonated so well with parents of kids with autism and special needs. Years later I would get fan emails from people saying that their kids, even though they’re grown, would still watch it on DVD or the VHS tape that they still had. So, the fact that this is back on for that audience is truly wonderful.

D23: What is your favorite episode of Bear in the Big Blue House?
NM: I loved the one I got to direct which was called “Volunteers of Woodland Valley.” And it was a specially written episode so that—because Bear was usually in 99.9% of all the scenes—this one was written so that Bear hurts his foot. He has to stay home, so his friends go out and volunteer for him. That’s the excuse for why Bear isn’t in the scene. And that was a really fun episode!
PL: “Tutter Family Reunion” was also a lot of fun. So many mice all over the kitchen.
NM: We got to invite our puppeteer friends of ours like, “Come! Come be a mouse!”
PL: The other fun thing is being in Tutter’s mouse hole. The set was elevated and I was under the set and I had big, fat Sharpie, so I made it like he had tagged underneath the mouse hole, “Mice rule, bears drool.”

D23: Who was your favorite character, besides your own?
NM: I liked the dynamic Bear had with Doc Hog.
PL: ’Cause it was another adult!
NM: He’s another adult character. The thing with Doc Hog—he would always cut you off and finish your sentences. Then, the other character was Jeremiah Tortoise, who originally was the postmaster and then became owner of the general store. When Jeremiah would say something, you’d have to finish the sentence. So, there was a great scene one time with Bear and Jeremiah and Doc Hog playing cards, and if Doc wasn’t cutting you off, Jeremiah was talking and you had to coax to get the rest of it out. I thought it was like guys’ night at the Blue House. It was really funny having these adult characters there. 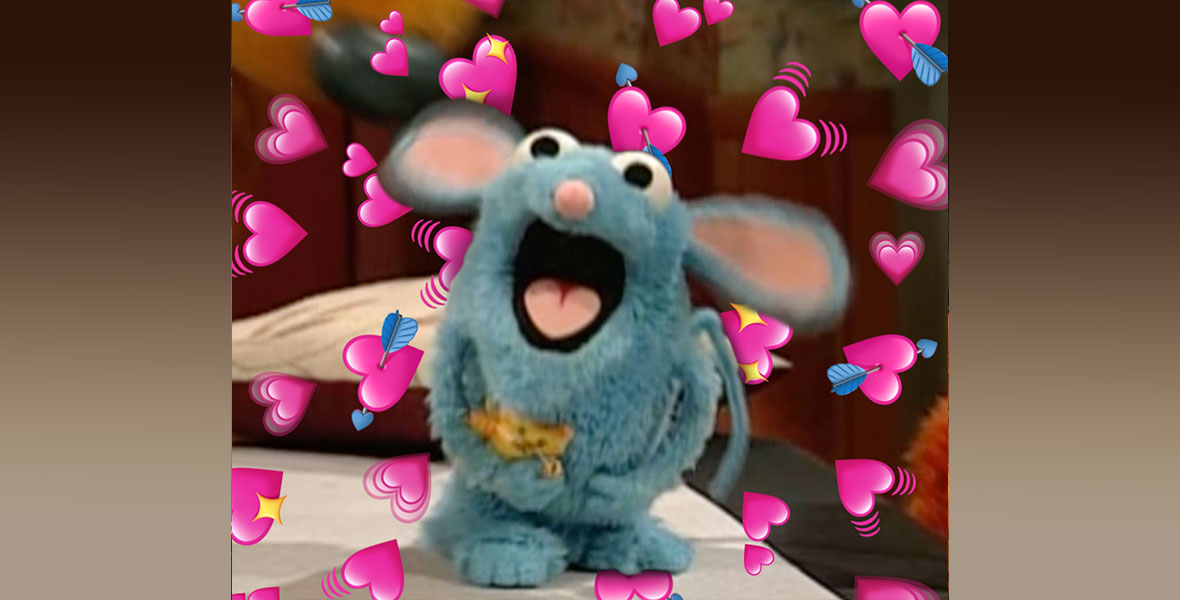 D23: Like you mentioned, social media didn’t exist when Bear in the Big Blue House debuted. How does it feel to see your characters’ rise in popularity on social media now, where they resonate with an entirely new audience?
PL: A lot of these characters have a whole second life outside this series. We were last in the studio 20-something years ago. Every time someone shares something with me, it’s just delightful.

The door is open, so come on in!

Stream Bear in the Big Blue House on Disney+