Since Disney Junior first announced The Rocketeer, a new comedic adventure series inspired by the beloved superhero comic books from Dave Stevens, as well as Walt Disney Pictures’ 1991 film of the same name, we’ve been eager for every new detail. Today we’re flying high with some exciting casting news out of the Disney Television Animation panel at San Diego Comic-Con: Billy Campbell, who starred in the live-action film as Cliff Secord, is joining the cast of the animated series. Campbell will play Dave Secord, father of Kit Secord, who learns she’s secretly next in line to become The Rocketeer, a rocket-pack-wearing superhero who can fly. 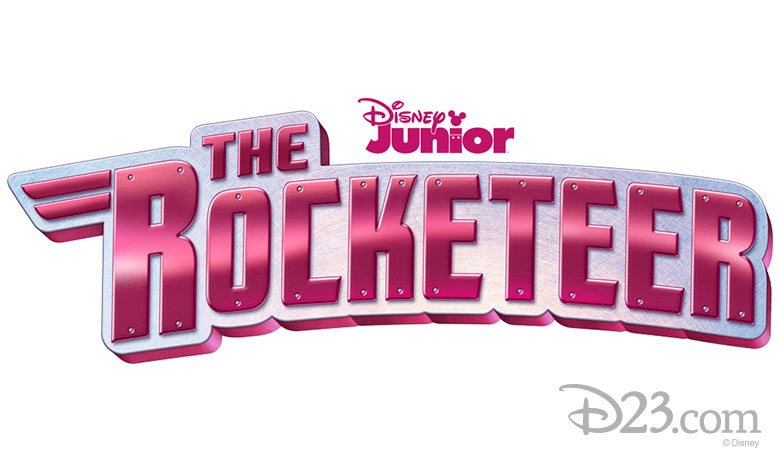 “This is my first voice-acting job ever, and I’m thrilled that it’s for The Rocketeer,” said Campbell. “This has been a really nice full-circle moment for me, and I’m looking forward to introducing a new generation of kids, including my own, to the Rocketeer’s stories.”

But Campbell isn’t the only Disney fan-favorite we’ll hear in The Rocketeer’s voice cast. Kathy Najimy (Hocus Pocus) will voice Kit’s mother, Sareena Secord. Additionally, Kitana Turnbull (A Series of Unfortunate Events) stars as Kit, the young girl who takes on the mantle of the legendary superhero.

As Kit takes to the skies with her new gear (and her secret identity) to protect her town of Hughesville and its residents from danger, she’ll be aided by her best friend, Tesh (voiced by Callan Farris of Disney Channel’s upcoming Gabby Duran & The Unsittables); her bulldog sidekick, Butch; and her airplane mechanic grandfather, Ambrose Secord. It was revealed today that legendary voice actor Frank Welker (Scooby-Doo) will lend his voice to both Grandpa Ambrose and Butch. Navia Robinson (Disney Channel’s Raven’s Home) voices Kit’s flight school classmate, Valerie Valkyrie.