We’ve got egg-cellent news: Disney Junior’s new animated comedy-adventure series The Chicken Squad will premiere with two back-to-back episodes on Friday, May 14 (7:30 p.m. EDT/PDT) on Disney Junior and DisneyNOW. The series, which takes inspiration from the popular books from Doreen Cronin, follows three young chicks—Coop, voiced by Ramone Hamilton; Sweetie, voiced by Gabriella Graves; and Little Boo, voiced by Maxwell Simkins—and their retired search-and-rescue dog mentor, Captain Tully, who is voiced by Yvette Nicole Brown. The chicken siblings and Captain Tully embark on all manner of adventures in their very own backyard—from rescuing a stranded puppy from a creek to helping a bird track down its missing food—and are always at the ready to lend a helping wing. 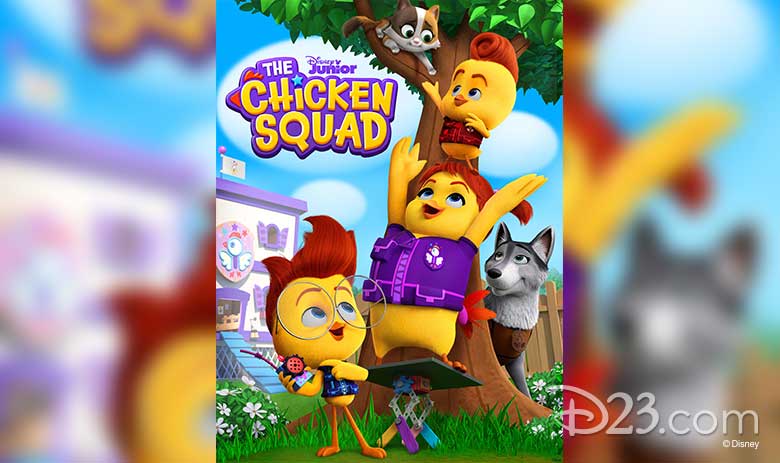 A digital soundtrack, Disney Junior Music: The Chicken Squad, featuring the theme song and music from the series, is also set for release Friday, May 14, on Walt Disney Records. Check out the series’ catchy theme song, below (and you might just be tempted to cluck along):

Each episode is comprised of two 11-minute stories in which the chicks model what it means to be good community helpers and find the joy in assisting others. Every new mission will heralded by the recurring “Chicken Charge” anthem, sung by the chicks; and new original songs will showcase a wide range of musical styles, including pop, R&B, country, hip-hop, and electronic.

The series is produced by Wild Canary in association with Disney Junior. 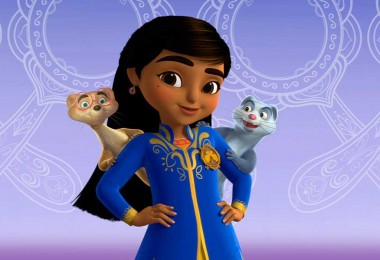 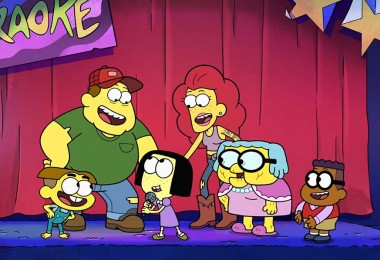