When Disney Legend and Walt Disney Archives founder Dave Smith passed away, he left a legacy that will stand the test of time. Even more than that, anyone who was fortunate enough to meet Dave and get to know him will forever remember his unparalleled knowledge of The Walt Disney Company, his rapier wit, his generosity of spirit, and his natural humility. In honor of the passing of this man of towering accomplishment, we wanted to share some of the memories of the people who knew him best—the Disney archivists who worked at his side. 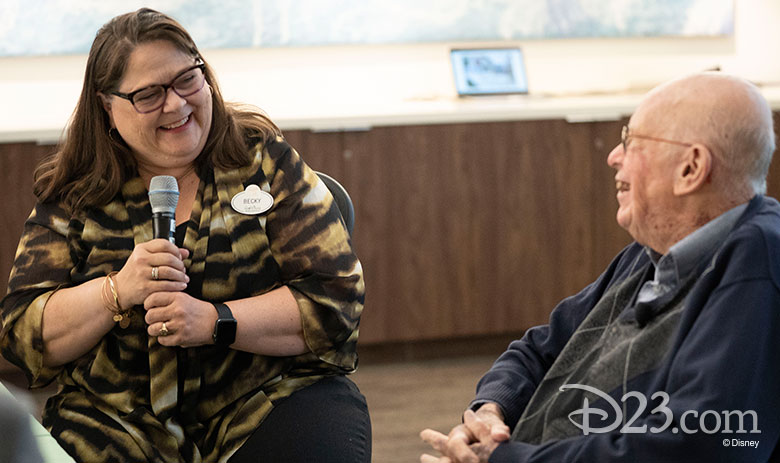 “I worked for Dave for 17 years, and then worked with him for an additional eight years after his retirement. And for more than a quarter of a century, I was constantly amazed by how much he knew. Now I am amazed by how much of it he shared. Convincing Roy O. Disney to let him start the world’s first entertainment archive was just the beginning. Once the Walt Disney Archives was founded, Dave went on to amass a monumental amount of information and organized it all into a collection that could be mined for deep historical insight, glorious inspiration, and pure fun. And he shared those treasures with those of us who worked at The Walt Disney Company, with historians around the world, and especially with fans who passionately love Disney. Dave’s incredible depth of knowledge about Disney will always be unsurpassed, but I think the true legacy that he left behind is that he so generously shared that knowledge with people of like mind. Dave’s opus, Disney A to Z, is the desktop reference for all Disney historians, and his ‘Ask Dave’ columns over the years have educated and entertained Disney aficionados all around the world. But for me, his most lasting impact was in the enjoyment that he took in mentoring others. He left behind a living legacy and the world is richer for it.”
Becky Cline, Walt Disney Archives 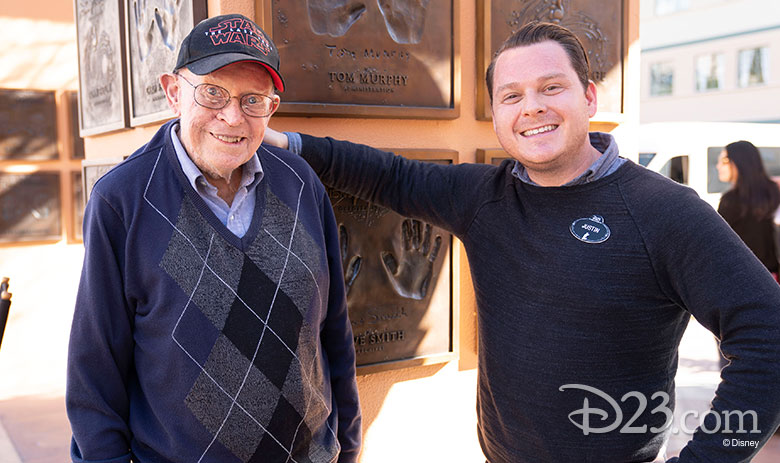 “One thing that always struck me about Dave was, after decades leading the Archives and being considered the world’s utmost Disney historian, he was always committed to learning and knowing more about the always-growing company. He would watch every Disney film–from Nikki, Wild Dog of the North to Beverly Hills Chihuahua 3—and even every Disney Channel Original Movie in between—and then update Disney A to Z accordingly. His quest to learn about and document the Company stretched to the parks, too. I was lucky enough to accompany Dave during his first trip to Hong Kong Disneyland in May 2010, which marked the last of the 11 (at that time!) Disney theme parks around the world for him to visit. He graciously met with the cast members­–and local fans–bringing an array of Archives treasures to show them, including Hong Kong Disneyland ticket No. 1 and the earliest comic book printed locally. Said Dave, ‘The press came over to cover the event, and the next day I was probably in a dozen papers written in Cantonese!’ After the cast member presentations, local employees began emptying out their desks to find all sorts of newly recognized treasures, dating back to the park’s opening day, to donate to the Archives. His commitment to giving back to employees, and his friendships with people around the world were such an asset during my time at the Archives, and to this day. We always had someone to email when we needed to track down a guide map that we were missing, or someone to call to verify an obscure fact. Dave’s commitment to the Company and its heritage is something that will continue to inspire so many people around the world, especially for those of us who were lucky enough to know him.”
Justin Arthur, Walt Disney Archives (2011-2018) 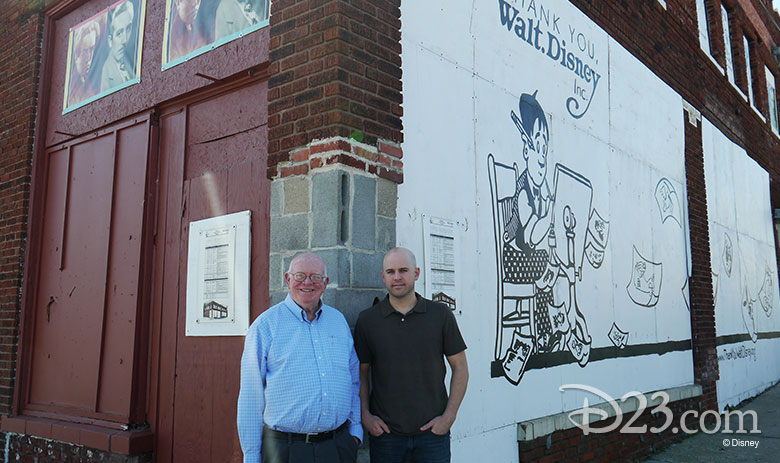 “One of the most cherished moments that I shared with Dave Smith was visiting Walt Disney’s original Laugh-O-gram Films studio location in Kansas City, Missouri, in 2012. Dave regaled us with stories from his 1970s visit to the site where he was able to explore the interior of the building with the assistance of one of Walt’s Laugh-O-gram stenographers and bookkeepers, Nadine Missakian.”
Mike Buckhoff, Walt Disney Archives 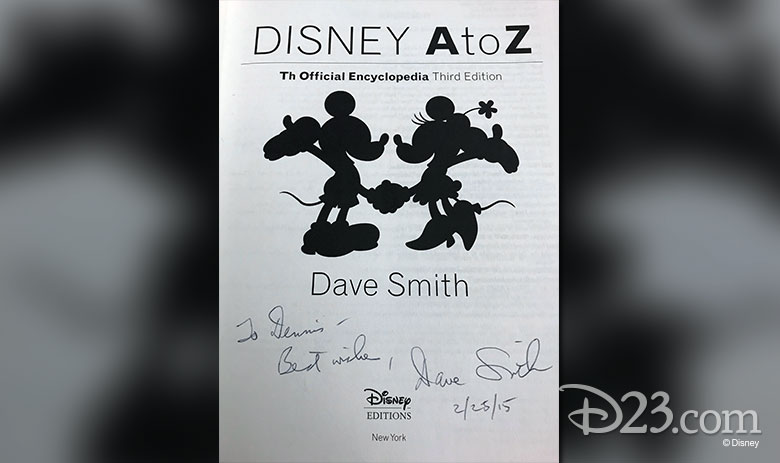 “Dave signed my copy of Disney A to Z three days after I started working in the Walt Disney Archives. I will never forget that day. It had always been my dream to work in the Archives, and my dream came true. Dave’s book serves as a constant reminder and inspiration to me. To know I’m continuing the legacy of Dave Smith is truly amazing.”
Dennis Emslie, Walt Disney Archives 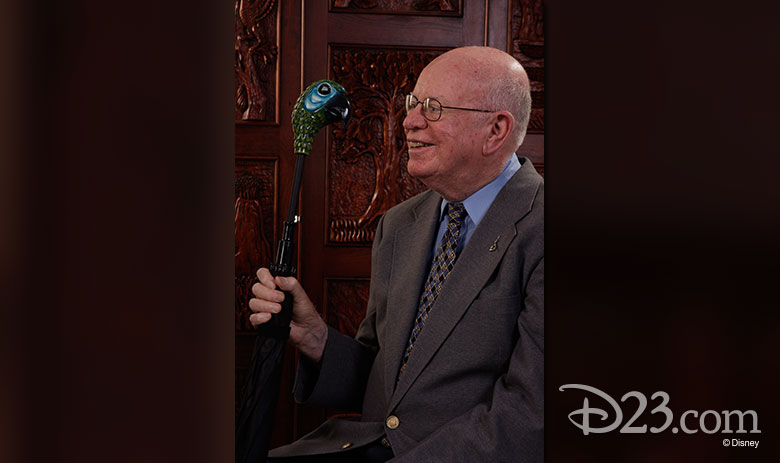 “While it’s hard for me to pick only one, my favorite memories of Dave always have to do with his laugh. Throughout the countless film screenings we’d go to together (to review the newest Disney film shortly before or after it was released), I could always tell how much Dave was enjoying a movie based on how much he’d laugh. Having the chance to chat with him after about what he liked (or, didn’t) and where we thought the film at hand would stack up in the pantheon of great Disney films was a sublime treat that this movie fan relished, and, frankly, is something I’m going to dearly miss. Dave could be a gracious, honest, and wonderfully funny critic—his one-line reviews sometimes bringing us all to laughter-filled tears. While I’ll always be grateful for the guidance and mentorship he shared with me over the years, Dave’s sense of humor—and laughter—will always be at the forefront of how I remember him.”
Kevin Kern, Walt Disney Archives 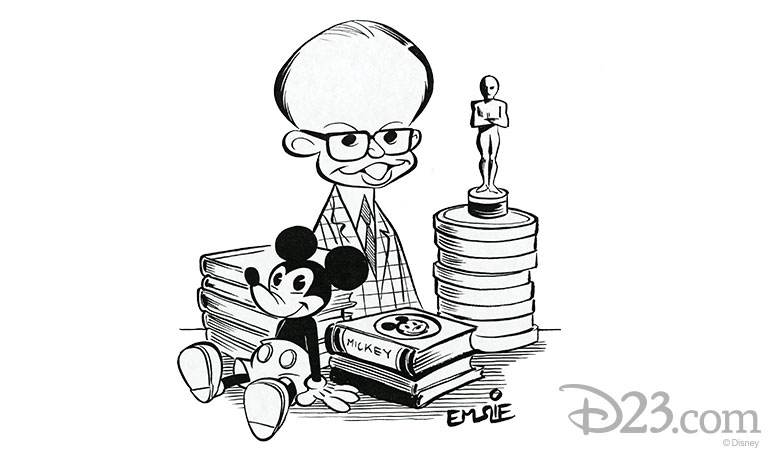 “I will remember Dave as somebody who was generous with his time and knowledge. Despite not knowing who I was when I first contacted him back in 2010, he offered me a tour of the Walt Disney Archives and lunch at the commissary during my first visit to the Studio lot. In subsequent years, Dave would continue to devote hours of his time to my visits with him in both Florida and California. His unselfishness and accessibility were the two things I admired most about him. Dave had a way of making you feel like a welcomed friend anytime you came to see him. Despite his title and status within The Walt Disney Company, Dave always made sure that people were his priority.”
Matt Moryc, Walt Disney Archives 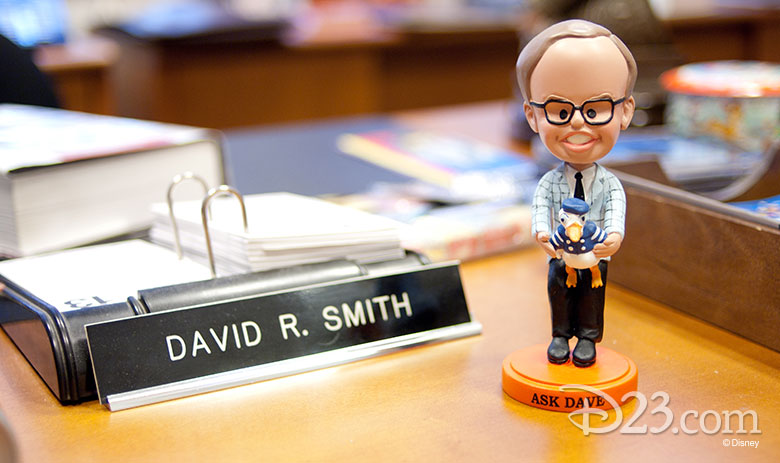 “It always impressed me so much to see how Dave interacted with not only our Disney Legends, but our cast members, employees, Imagineers, and guests. Having coordinated many of the Disney Legends events he attended, I always knew I could look forward to seeing Dave smiling amidst the crowd and watch how much joy he brought to every room he walked into.”
Joanna Pratt, Walt Disney Archives 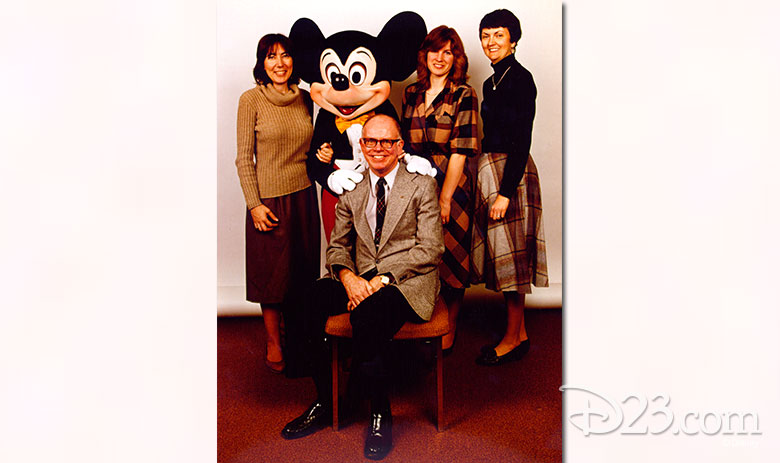 “Some of my favorite memories with Dave were the times we had to drive down to Disneyland very early in the morning so we could do walk-throughs of the attractions prior to Park opening. Dave wanted to be sure we understood everything that went into each Disney product and project. After visiting with librarians and archivists at other studios, too, Dave would always stroll around the backlots. He said, ‘If you’re carrying a clipboard and look like you know where you’re going, and what you’re doing, no one will stop you.’ And no one did!”
Paula Sigman-Lowery, Walt Disney Archives (1975-1990) 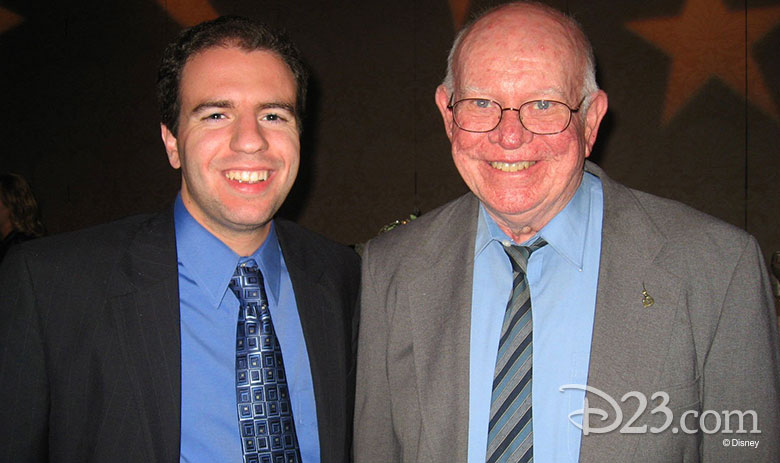 “‘How much does Walt Disney World weigh?’ What a bizarre question the chief archivist of The Walt Disney Company asked aloud as he entered the back room of the Walt Disney Archives. Since 1983, Dave had been answering Disney fans’ most pressing questions through his popular ‘Ask Dave’ column, and this was just his latest research mission. Dave was totally committed to his audience—millions around the world who had an appreciation and curiosity for Walt Disney and the company he founded—and it pleased him greatly to combine and use the different collections he amassed in the Archives to solve mysteries, bust myths, and shine a light on the lesser-known parts of Disney history. He researched and responded to every guest letter or email as soon as he could, and his staff was only honored to help. In the case of his ‘Ask Dave’ questions, Dave’s answers would be compiled and published later (originally in Disney Channel Magazine and eventually into books like Disney Trivia From the Vault and Disney Facts Revealed from Disney Editions). Other puzzling questions included ‘Did Walt Disney actually say, ‘If you can dream it, you can do it’?’ (we found no record of Walt saying this) or ‘What genus and species of cricket is Jiminy Cricket?’ It turns out Dave couldn’t come up with a weight for Walt Disney World (he assumed the question had something to do with the fact that the guest areas of the Magic Kingdom are actually on the ‘second level’ of the park), but his time spent researching was a testament to how greatly it pleased him to help others. Even after retiring in 2010, Dave continued to delight and enlighten Disney fans—a life’s passion he would ultimately perform for half a century.”
Steven Vagnini, Walt Disney Archives (2006-2014) 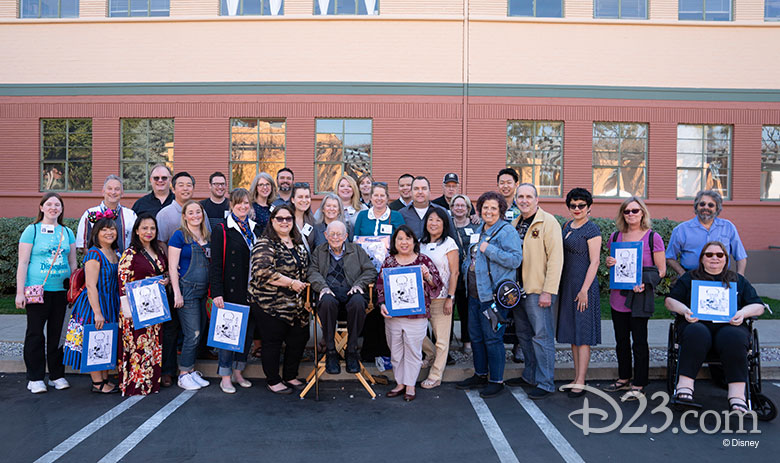 “On January 25, 2019, after Dave joined D23 members for the recent ‘Lunch with a Legend’ event, he visited the Archives for the first time in quite a few months. After taking in our newest Reading Room exhibits, Dave asked me if there were any Archives staff he hadn’t met yet. It was a privilege to introduce a few of our newest staff members to the legendary gentleman that founded our department, and personally, I was brought back to the excitement I felt the first time I met him nearly 10 years before. Dave lived to engage with people who cared about what he did—and that was all things Disney.”
Kelsey Williams, Walt Disney Archives