Talk about going from zero to hero!

Premiering this Friday at 9:35 p.m. ET/PT, Disney Channel’s animated superhero comedy Hamster & Gretel follows the adventures of siblings Kevin (voiced by Michael Cimino) and Gretel (voiced by Meli Povenmire). Their lives are forever changed when space aliens suddenly show up and announce they’re bestowing special abilities on two beings below. Gretel gains superstrength and the ability to fly, but not Kevin—because as it turns out, Gretel’s hamster, named Hamster, is the other new superhero.

Hamster & Gretel hails from Dan Povenmire, who co-created the series Phineas and Ferb (2007–2015) and Milo Murphy’s Law (2016–2019). As he was writing Phineas and Ferb the Movie: Candace Against the Universe (2020) for Disney+, he found himself sketching the character later known as Hamster (voiced by Beck Bennett). “I always doodle when we’re in the brainstorming process, but I don’t always know what I’m drawing until I’m done,” he explains. “One day I drew a superhero hamster, and I kept that little three-by-five card. I took a picture of it, and as I was tucking my daughter into bed that night, I showed her this picture. I started pitching her ideas for what that show could be—sort of as a joke—and she laughed at everything. The show basically wrote itself. There’s a lot of fun you can have with a superhero hamster, so it grew from that.”

The timing couldn’t have been better. As production on Phineas and Ferb the Movie: Candace Against the Universe was wrapping up, Dan was called in to pitch a new idea. “I went on vacation where I storyboarded and wrote the whole cold open in the pilot,” he recalls. “Then, I made an animatic of it. I called my daughter and said, ‘Hey, Meli, could you read me some lines for this?’ And she was really good! So, instead of going in and pitching them with just a script and bunch of pictures of drawings, I showed them the opening so they could see what the show was about. That gave them all the information they needed. Because they liked it, we did the pilot the same way, and it tested it tested really well. And then, we were off to the races after the movie ended.”

Watch a clip (below), then read more about Hamster & Gretel in our exclusive Q&A.

D23: What made your daughter the perfect person to voice Gretel?
Dan Povenmire (DP): Originally, Meli voiced Gretel, my older daughter did all the other female voices, and I did all the male voices—because this was during the pandemic and that’s who was available in the house! We later recast all the other parts, including the ones I thought I might do. We left Meli in and decided, “If it’s not broke, we shouldn’t try to fix it.” We listened to a whole bunch of actresses for Gretel, but only one girl hit the comedy as well as Meli did—and because Meli grew up with me as her dad, she’s got that sense of humor. When I write something, she says it the way I want it. She just gets to the jokes. They actually did a “blind taste test” with some of the executives, and they all chose Meli.

D23: In the first few episodes, Gretel goes up against the supervillains Professor Exclamation (voiced by Phil Lamarr), Luchador (voiced by Carlos Alazraqui), and Rodney Thunderpants (voiced by James Adomian). Great names aside, what can you tease about the other villains who might pop up throughout the rest of the season?
DP: We have a villain that’s played by Karina, a Latin pop star from when my wife was young in Venezuela. Her superpower is that she can talk to onions, which is about as useless a superpower as you can have! I was able to write a really great tango for her to sing—and she’s got an amazing voice. There’s also a villain called The Earworm, who has figured out how to write jingles so that they control people’s minds. And there’s a villain who’s just a social influencer in this whole episode about online bullying. And then you meet Lyle and Lauren at the end of the pilot. They come back a bunch; they’re the repeating villains, along with Professor Exclamation. The rest of them will start to repeat more, since we’re building a rogues’ gallery and adding to it periodically.

D23: Speaking of Lyle and Lauren, the space aliens also bestow them with superpowers, then instruct them to do evil. Will we ever find out why the space aliens chose these specific beings—and why they gave each set of them a different purpose?
DP: We will… but not really. By the end of the first season, you will find more clues about it. But there’s a two-season arc we’ve thought up with those guys. That ends up being the big question at the end of the first half-hour: “If they’re giving them powers and telling them to be evil, but they tell these other guys to be good, what is this all about? Are we pawns in some weird game? Are they really bad?” It becomes the central story by the midpoint. They’re like, “That doesn’t make any sense.” When Gretel and Kevin realize this is going on, it starts driving the second half of the season. 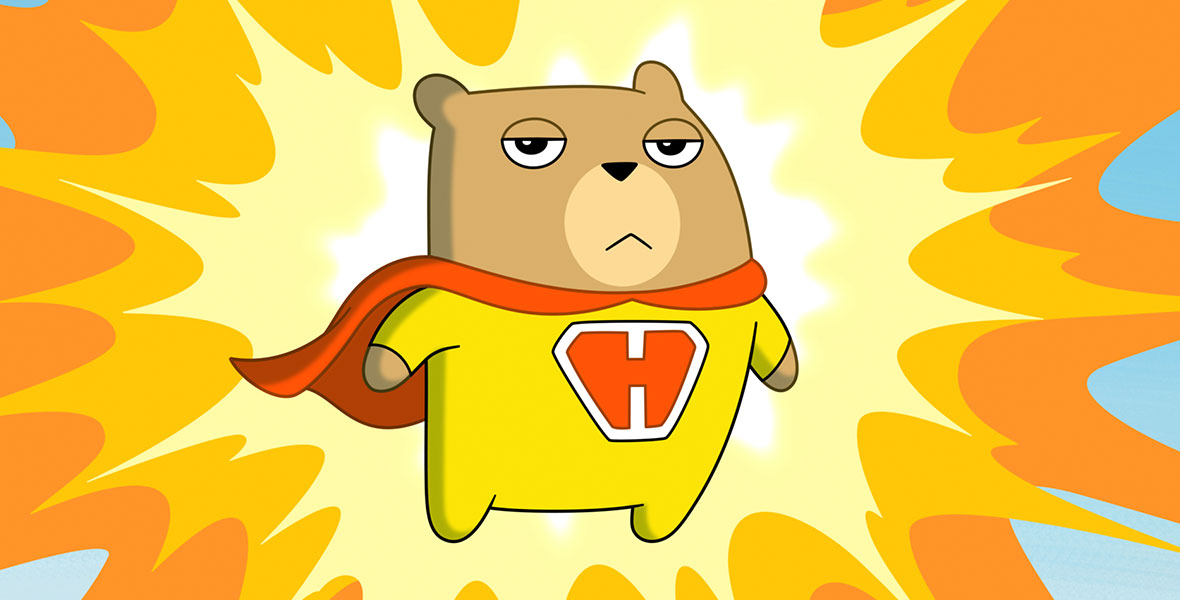 D23: Music is a big part of the series. In general, do you come up with the idea for a storyline first, or are you inspired to write a song and then build the story around that?
DP: We usually leave a space in the story. The writers will often say, “…and we figured the song would go here.” And then I read the script and go, “Actually, I think the song goes here. I think we’ll make this sequence into a song sequence.” But it’s so much easier to write the song to the story, because then you know lyrically what you need to get to. I would never have written “Squirrels in My Pants” for Phineas and Ferb if we didn’t have a scene where squirrels jump in Candace’s pants. It’s easier to write a pop song if you know what the chorus needs to be. I think that’s the easiest way to get to it.

D23: You’ve previously mentioned that Hamster & Gretel is set in the same universe as Phineas and Ferb and Milo Murphy’s Law. Could a possible crossover be in the works?
DP: Yeah. When we did Milo, we had a crossover, but we knew exactly where we were going from the first episode; we knew that at a certain point, we were going to do a crossover, so we pointed everything to that. We have the idea in our brain that we’ll eventually do a crossover, but it’s not in this first big story we’re telling. So, we’ll see. In success, we would definitely do a crossover. I’d like to do Phineas and Ferb, Milo Murphy’s Law, and Hamster & Gretel all together. It’d be a fun thing to throw together.

D23: You’ve obviously amassed a massive following over the years with each series. What do you hope Disney fans take away from this all-new series that you’ve created?
DP: I hope they have the same kind of fun they had watching Phineas. It’s got that same kind of humor and pacing, as well as the songs. But it’s got even more heart than Phineas did—because even though it’s a superhero show, it’s a satire on a superhero show. It’s very much about family, whether it’s the brother-sister relationship or the relationships they have with their parents and their friends. It’s a very human show. 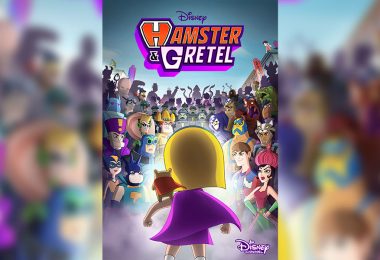 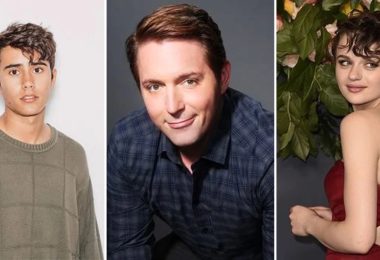