Home / Headlines / Celebrate The Gift and Support Toys for Tots

To get us all in the gift-giving spirit, Disney’s animated global holiday short, The Gift, has been released—the heartfelt final installment of the “From Our Family to Yours” trilogy series. This animated short celebrates the joy of giving and features a song sung by Jessica Darrow, the voice of Luisa Madrigal in Walt Disney Animation Studios’ Oscar®-winning film Encanto. Get your tissues ready and hit play below:

As this beautiful story shows, the comfort a gift can bring is profound… and Disney has launched the Disney Ultimate Toy Drive supporting the Marine Toys for Tots Program to help deliver toys to children in need this holiday season.

With the support of so many families and individuals, the Disney Ultimate Toy Drive has collected well over 114,715 toys so far this holiday—and in celebration of 75 years of collaboration, Disney has provided a grant to Toys for Tots that will deliver an additional 75,000 toys to kids in need.

You can continue to grow this impact and donate a toy both online on shopDisney or in person with a new, unwrapped toy at a designated drop-off location; find out where by checking out the list at Disney.com/toydrive.

For 75 years, Disney has supported Toys for Tots to help bring toys to children in need. In fact, the relationship dates to the program’s beginnings—when Walt Disney and his studio artists personally designed the original Toys for Tots train logo we still see and use today. 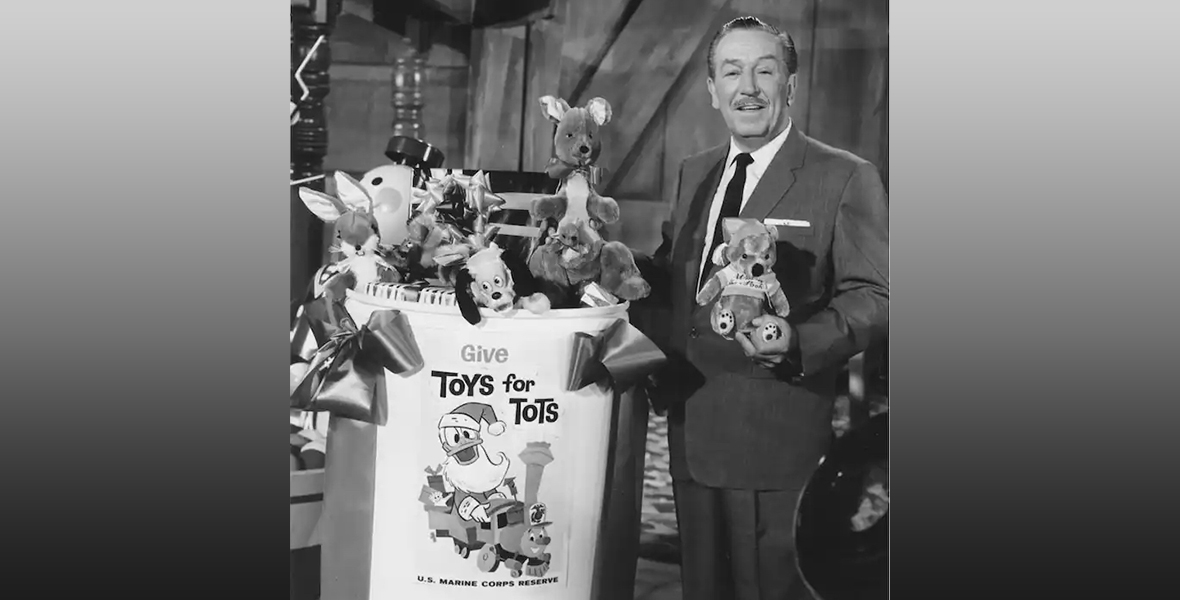 Throughout the holiday season, The Walt Disney Company will also support Toys for Tots in several other ways, such as through the airing of a public service announcement on Disney television networks and streaming platforms—including ABC, Disney Channel, Disney Junior, Disney XD, Freeform, FX, Hulu, and National Geographic—to encourage viewers to participate in the Disney Ultimate Toy Drive. Plus, content from across the Company’s networks, including ESPN’s Get Up!, will feature Disney Ultimate Toy Drive integrations to highlight the season of giving and the importance of supporting communities in need; additionally, Disney Movie Club will be joining in by donating over 2,000 toys to a local Toys for Tots chapter in Wisconsin.

Join us as we continue this tradition of delivering joy with the Disney Ultimate Toy Drive and give back this holiday season. Learn more at Disney.com/toydrive.