Walt Disney once said, “You can dream, create, design, and build the most wonderful place in the world… but it requires people to make the dream a reality,” and The Walt Disney Company has been honoring these dream makers in a very special way since 1987. The Disney Legends award was first introduced 30 years ago, and to celebrate, Disney twenty-three has created a unique stand-alone issue featuring all 267 current honorees, as well as the 10 new Legends, who will be inducted next week at D23 Expo 2017. 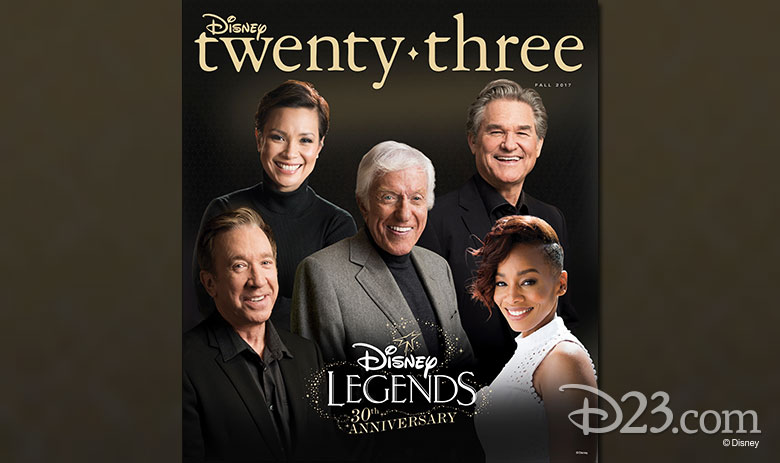 What else can you expect from this one-of-a-kind issue? Kurt Russell gives a first-person account of his time working for Walt himself and the many Disney adventures he has had over the years, Richard Sherman pens a touching tribute to Annette Funicello, Dave Smith answers your Disney Legends Qs, and, of course, tons of photos from Disney Legends Awards ceremonies throughout the years. 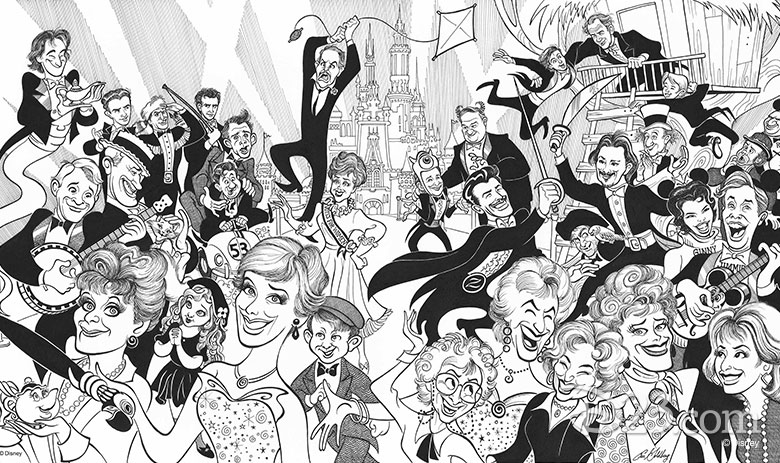 Plus, Disney animator Eric Goldberg crafted a piece of artwork exclusively for this issue featuring more than 30 Disney Legends, including Julie Andrews, Steve Martin, Angela Lansbury, and Robin Williams. As a bonus, D23 Gold Members attending D23 Expo 2017 will receive a complimentary print of the artwork at the event.

Click here to find out how to become a D23 Gold Member!