Home / News / Just For Fun / This BoxLunch Merch Coming to Expo Will Fill Any ...
Skip to content

We’re counting down the days to D23 Expo 2019, and while there are so many amazing panels, presentations, and experiences coming to the Anaheim Convention Center this year, we are especially excited about all of the merchandise available to purchase on the show floor.

This year, pop culture retailer BoxLunch is setting up shop on the show floor, and we’ve got a sneak peek at some of their merch, as well as a look at the giveaways, photo ops, and special experiences happening at their booth. 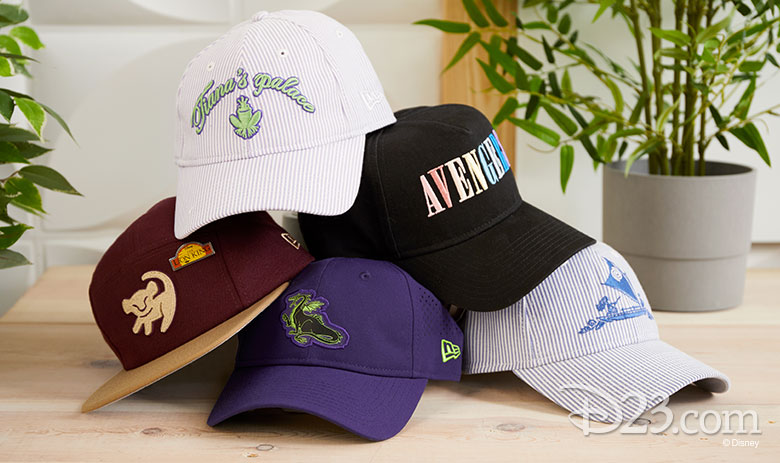 Hats are the new tiaras
It’s going to be a sunny weekend in August at D23 Expo, and we can’t think of a better way to keep cool than by repping one of your favorite Disney films right on your head with these hats by New Era. 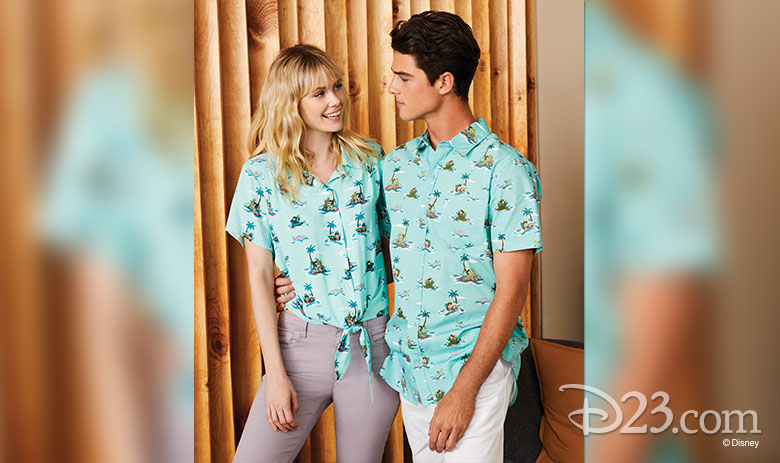 Adventure is out there!
Especially in this custom Our Universe (founded by Ashley Eckstein) Mickey Mouse explorer shirt, featuring the original trio: Mickey Mouse, Donald Duck, and Pluto! 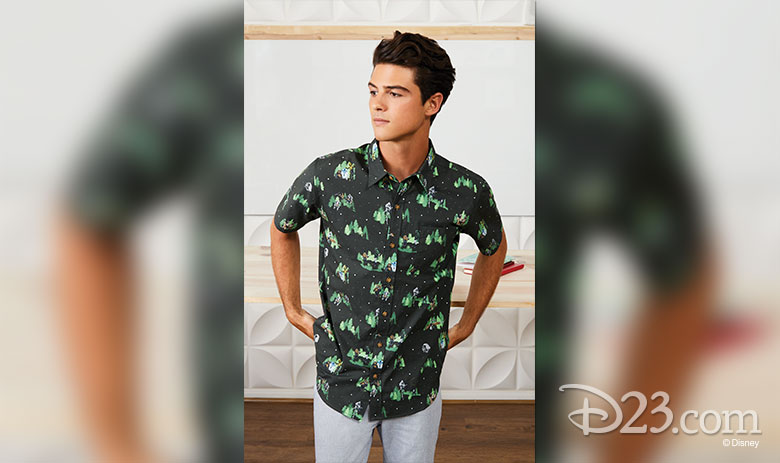 Fit for an Ewok
If you’re heading to a galaxy, far, far away, you’ll want to be equipped for the cosmic terrain. This custom Our Universe Star Wars Endor print, featuring R2-D2, C-3PO, Ewoks, AT-ATs, stormtroopers, and speeder bikes is perfect to help you fit in (and maybe even camouflage a bit if you’re heading to Endor). 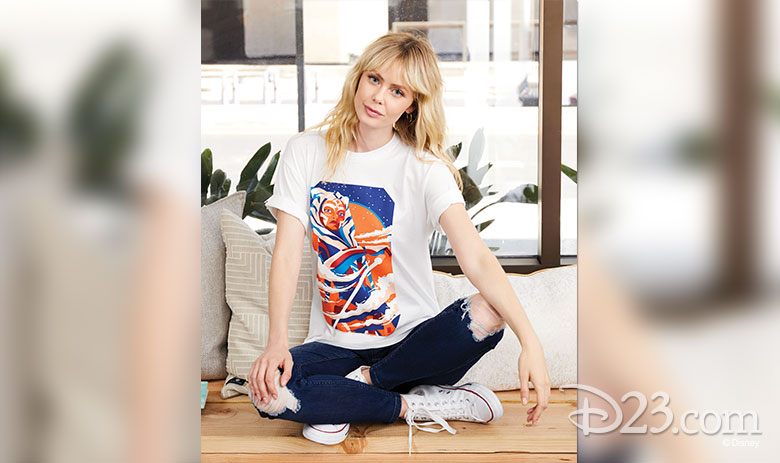 A spark of style
This custom Ahsoka Tano t-shirt by Danny Haas for Our Universe is the perfect way to show off your favorite Jedi by wearing her proudly on your sleeve. 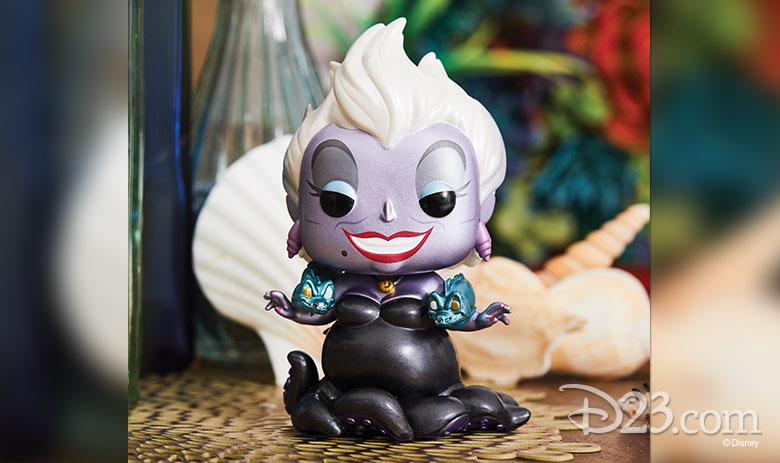 Beluga Sevruga
The queen from under the sea has arrived, with her sidekicks Flotsam and Jetsam in tow, no less. Okay, maybe she’s not actually a queen, but she in in our hearts, and we hope you’re ready to add to your whozists and whatits because this exclusive Ursula metallic Funko Pop! Figurine will be available at D23 Expo! 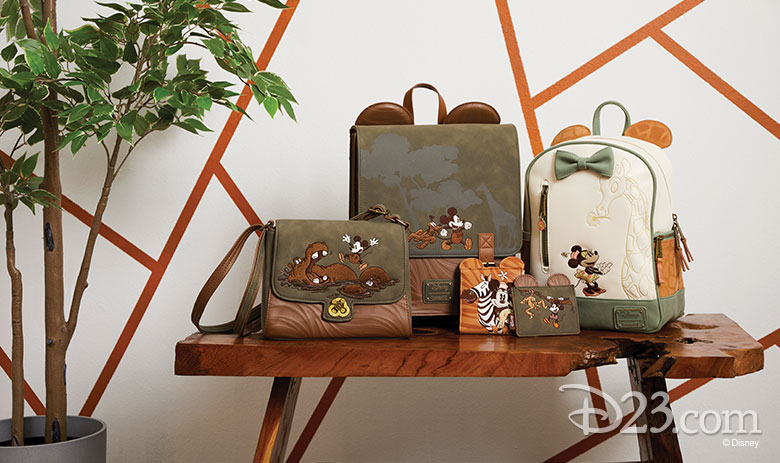 Gear fit for skippers
Ahoy, skippers! Here’s a D23 Expo exclusive just for you. BoxLunch is equipping you for your next safari adventure, be it on land or on sea, with this D23 Style Mickey Mouse Safari Loungefly set that can hold all your expedition necessities. 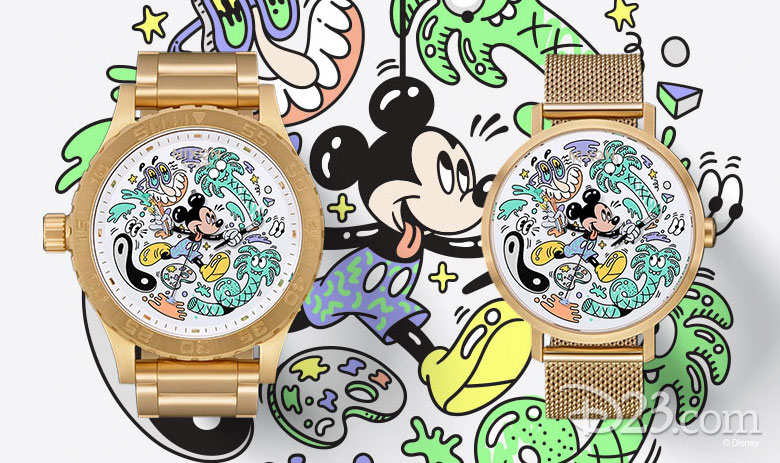 What time is it?
D23 Expo time! It’s also time to check out these Nixon x Disney Steven Harrington Mickey Watches, available at D23 Expo. They’ll will keep you on schedule for all your must-see panels and presentations.

In addition to the exciting exclusives and great merchandise available, the BoxLunch booth will also have giveaways and unique experiences every day. Check out the schedule below!

Every Day
9 a.m.­ – Limited-Edition Patch Giveaway Presented by BoxLunch & New Era
Join BoxLunch and New Era in celebrating 10 years of D23 with a limited-edition patch for the first 500 guests to purchase a hat at the BoxLunch booth. A new D23 patch will be available each day, so be sure to collect them all!

All Day – Funko Pop! Photo Booth Fun!
Pop on over to the BoxLunch booth for a unique Funko photo booth experience.

12 p.m. – 3 p.m. – Miss Mindy Special Autograph Session Presented by BoxLunch
Stop by the BoxLunch booth on Mickey Ave. to get your exclusive World of Miss Mindy Disney vinyl figures autographed by the incomparable Miss Mindy herself!

4 p.m. – 6 p.m. – Ashley Eckstein Meet & Greet Presented by BoxLunch
Stop by the BoxLunch booth to celebrate the launch of the exclusive Our Universe Apparel Collection with Ashley Eckstein, Founder of Her Universe and the voice of Ahsoka Tano on Star Wars: The Clone Wars. And, don’t forget to pick up an exclusive Ahsoka Tano art print by Danny Haas signed by Ashley.

11:30 a.m. – 1:30 p.m. – Ashley Eckstein Meet & Greet Presented by BoxLunch
Stop by the BoxLunch booth to celebrate the launch of the exclusive Our Universe Apparel Collection with Ashley Eckstein, Founder of Her Universe and the voice of Ahsoka Tano on Star Wars: The Clone Wars. And, don’t forget to pick up an exclusive Ahsoka Tano art print by Danny Haas signed by Ashley.