Walt Disney once said, “We have always tried to be guided by the basic idea that, in the discovery of knowledge, there is great entertainment—as, conversely, in all good entertainment, there is always some grain of wisdom, humanity, or enlightenment to be gained.” The new original series Behind the Attraction, which begins streaming on Disney+ on July 21, is an E-ticket ride filled with fascinating facts that will inform and inspire along with lighthearted moments guaranteed to surprise and delight. It gives viewers an exclusive inside look at how Imagineers have used new and existing technology to bring to life beloved attractions and destinations at Disney theme parks and resorts around the world, from how they filled the Haunted Mansion with 999 happy haunts, to how the Twilight Zone Tower of Terror™ transformed into Guardians of the Galaxy – Mission: BREAKOUT! But first and foremost, the show is all about fun, emphasized executive producer and director Brian Volk-Weiss, adding wryly, “Hopefully when it’s over—and not to use a dirty word that starts with an L—you might have learned something.” 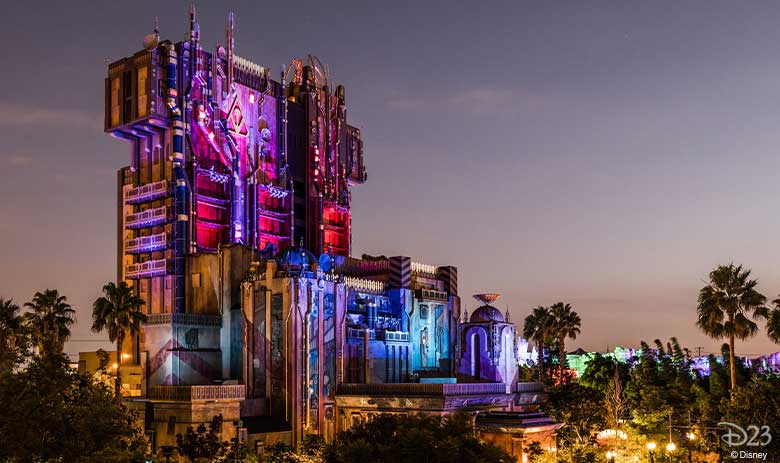 Volk-Weiss thought he knew a thing or two about Disney theme parks when he began developing Behind the Attraction. “I thought I had like a Master’s degree on the way to a Ph.D. in Disney,” he said during a recent press conference moderated by D23’s own Jeffrey R. Epstein. But though he’d been “obsessed” with Disney since he was 5 or 6 years old, it wasn’t long before he recalibrated his Disney knowledge to what he describes as being on a fifth- or sixth- grade level. It was an early conversation with Dave Durham, who leads the creative ride engineering team for Imagineering, about the Finding Nemo Submarine Voyage attraction at Disneyland Park that first blew Volk-Weiss’ mind. The executive producer wasn’t surprised to learn about the projection technology that makes it possible to see fish through a porthole. But Durham also pointed out, “When that attraction’s being built, they’re moving cables and wires and plumbing all throughout that area for attractions that will not be built possibly for 15 to 20 years.” That, said Volk-Weiss, was “the moment where I started to understand everything better than I ever had.”

“Attractions are like icebergs,” Volk-Weiss theorized. “And what I mean by that is to the public, you’re only seeing maybe two percent of the attraction. If people knew the infrastructure that they don’t see that make these attractions work, I mean, they’d be blown away.” 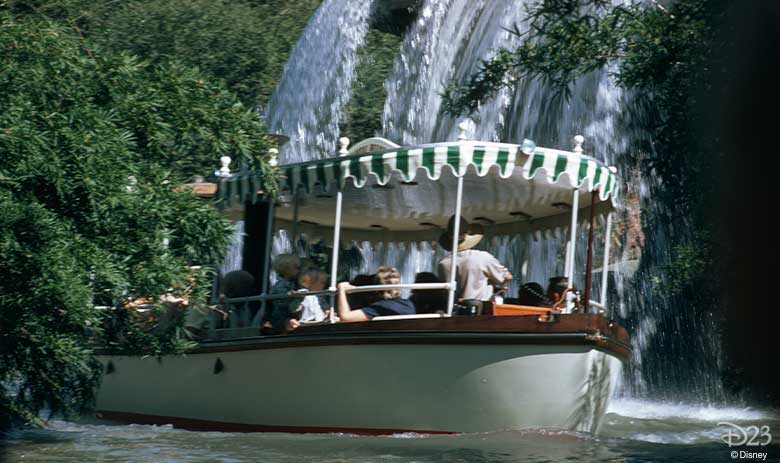 Dwayne Johnson, the star of Disney’s Jungle Cruise, is also an executive producer on Behind the Attraction. He appears in the episode focused on the original immersive attraction that inspired the upcoming film and discusses his childhood memories of the Jungle Cruise and his favorite joke from the skippers. Vanessa Hunt, a senior design asset specialist with the Walt Disney Imagineering Art Collection, shared that Johnson’s enthusiasm and passion were impossible to miss during visits to the Walt Disney Imagineering archives while he was working on the film. “He really just wanted to learn. He wanted to see the artwork and learn about the Imagineers who brought Jungle Cruise to life,” she shared. And when he returned for a subsequent visit, Hunt said, “He turned to my co-worker, Mike, and was like, ‘Do we get to go in the Vault again?’ Like a little kid—super-excited about that.” 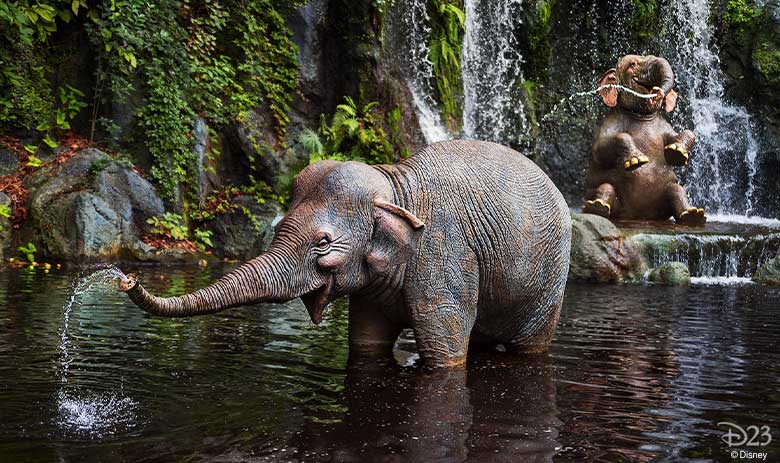 Approximately 50 current and former Imagineers take viewers behind the attractions in the docuseries, and the panelists may have spoken for all by acknowledging how exciting it is to be able to reveal some of their trade secrets. “We are tasked to do impossible things, fun things, magical things. And if we’re trying to bring those stories to life, you can bet that there’s a lot of stories about bringing it to life that guests never hear and they just see the end product of that,” said Jeanette Lomboy, the site portfolio executive who oversees all Walt Disney Imagineering efforts and overall vision for the Disneyland Resort and Aulani, A Disney Resort & Spa. Participating in Behind the Attraction gave the Imagineers the opportunity to share their work with fans, but also enabled them to learn a lot, too. “I was asked a question about whether or not Jungle Cruise—the initial feeling for Jungle Cruise and what Walt wanted out of that, which was a True-Life Adventure—whether that actually seeded Disney’s Animal Kingdom. And the truth is, Animal Kingdom is a fulfillment of Walt’s vision of Jungle Cruise. He wanted to deliver guests into Africa with animals, and that’s what we did, years and decades later,” she pointed out. “So that connective tissue runs strong, and we don’t get to talk about that enough.” 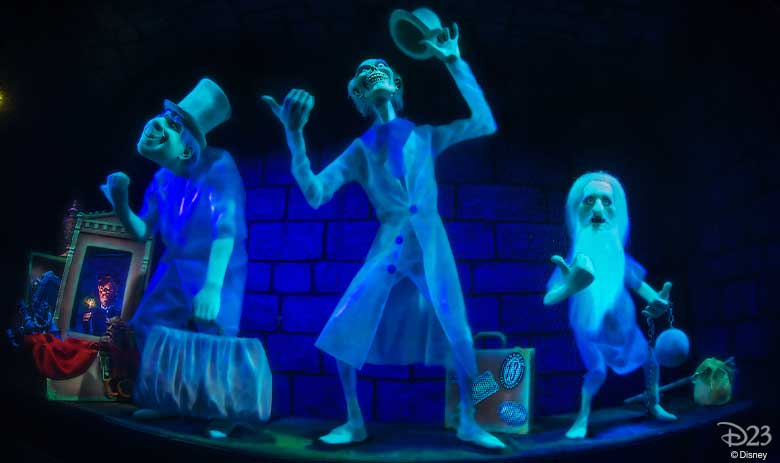 Mark LaVine, a writer and leader of the Story Development team at Walt Disney Imagineering, was excited to see how Behind the Attraction connects the dots from what Imagineers are working on today to what Walt and the original Imagineers were doing before Disneyland Park first opened in 1955. “The through line to me has been a through line that goes all the way back to Walt… this sort of drive for pushing to do things we’ve never done before and go further,” he said. The show, he believes, highlights this nearly 70-year connection of people doing this incredible work.

Of course, Walt Disney Imagineering designs and builds these innovative attractions for guests to enjoy, and it’s through guests’ experiences that Imagineers are able to measure their success. Lomboy recalled watching three generations of women—a grandmother, mother, and daughter—inside an attraction she worked on. “They were not speaking a language I understood,” Lomboy recalled, though it was clear that they were having fun together and connecting with each other through the attraction. “It surprised me that that kind of love and passion that we put in—and trust me, there is a lot of love and passion that goes into what we make—really affects the guest experience in a way that I never understood.” Lomboy admitted that she has that same feeling every time something new opens in a Disney theme park. 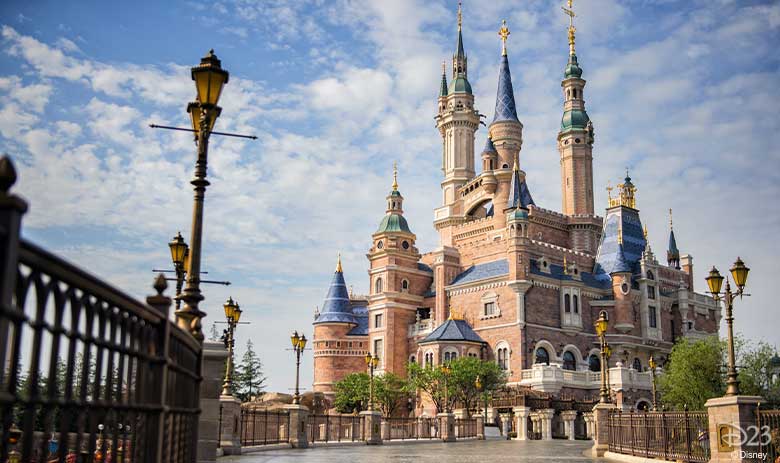 Whenever a new attraction debuts at a Disney Park, Durham revealed that guests may often spot an Imagineer standing by the attraction’s exit, gauging reactions as guests conclude their ride. “You’ve put in years working with a team—so many hours, so many meetings, so many decisions—and you have the vision the whole time as to what you hope that thing will end up being,” he said. He’ll listen to what guests say as they exit, to try to determine whether they’re happy or if the attraction met their expectations. But there’s one simpler, surefire way Imagineers can tell whether they’ve met their goal: “What I watch for is do they run right back around and get back in line again? And it’s this thing where you don’t have to say a word. Their actions say it for you, and you just sit back and smile and go, ‘That was worth it.’” 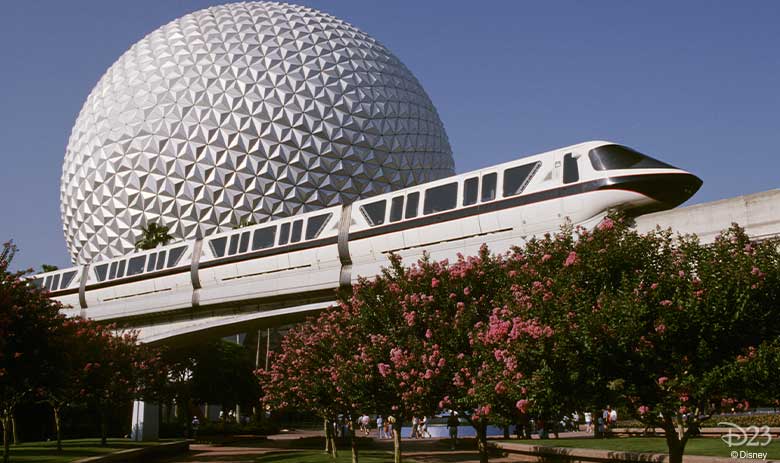 Behind the Attraction features iconic Disney Parks castles around the world; the history of the Disneyland Hotel; and a look at the unexpected origins of it’s a small world. Volk-Weiss has peppered the 10 episodes with attractions that feel like natural choices to spotlight in a first season, such as Space Mountain and Haunted Mansion, but some of the subjects featured are more unexpected, such as the transportation system of Walt Disney World Resort, which is profiled in the episode “Trains, Trams and Monorails.” Volk-Weiss shared, “God willing, when people see it, they’re going to be like, oh my God, I had no idea.” He hopes that episode, in particular, might inspire guests to think twice before they race to their favorite attraction when they arrive at the resort—especially kids. “Somebody is going to say to their parents, ‘I want to go to the monorail,’” Volk-Weiss predicted. And, when asked why, he hopes their response will be, “Did you see the show?” 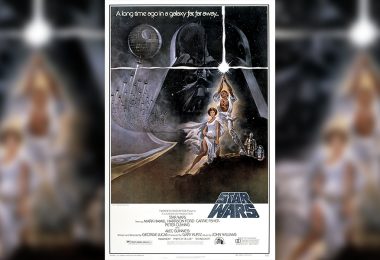