Disney Legends Jodi Benson and Howard Ashman first met on the Broadway show Smile. And when its run abruptly ended, Howard let all the girls in the show audition for his new musical project, Disney’s The Little Mermaid.

Today, the resulting film is beloved by generations.

In celebration of the film’s official release on Blu-ray Combo Pack and HD Digital, The Disney Insider caught up with Jodi to ask her some questions about the Disney classic that’s now “part of your world.”

The Disney Insider: What was the casting process like for The Little Mermaid?
Jodi Benson: It was getting a recording on a cassette tape of Howard singing “Part of Your World.” I went to the audition, went to the ladies room, and tried out a few ways of how it might sound. It was quite a while before I got a call saying you’re still in the running. And then I think it was almost a year until I got the call that I actually got the job.

What is your favorite memory from the making of the film?
The actual recording sessions, working with Howard Ashman, who was standing to my left. Being able to work with him and take every bit of information that he gave to me and use it was great. He spoon fed every word to me and every line.

When did you start singing?
I pretty much came out of the womb singing. I think I was born with the gift to be able to sing, so I can’t take credit for it.

What do you sing when you’re alone or with your kids?
For me and for my family it’s probably praise music. Contemporary Christian. I really like worship music. It settles my soul. Gets me back on track. The lyrics are almost like a prayer, so it’s my go-to.

Besides Ariel, which character from the film are you most like?
Maybe Flounder. He’s loyal and forthright and honest, and those are the parts of integrity and character that I try to strive for. He’s very vulnerable and I try to maintain that.

What’s your favorite part of Ariel’s Undersea Adventure at Disney’s California Adventure?
I like when it goes backward and you go down and under the sea and the bubbles are up above and it gets cold; the air blows and it gets cold. The Disney Imagineers made sure you would feel like you’re going underwater. You look up and she’s singing…. I think oh my gosh, I’m in a legendary Disney attraction that could be around forever. I stop and think about those things. This is something that’s pretty special.

What did becoming a Disney Legend mean to you?
It’s a huge honor and I’m incredibly proud to be an inducted member as a Legend. It solidified my relationship with the company, as far as it feeling like a family atmosphere.

What’s it like being a member of the group of women who have all voiced a Disney Princess?
It’s a family that you are proud to be in; a very small little group and you watch each other’s backs and support one another and encourage one another. It’s an honor.

Ariel is clearly a collector. Are you?
I have a lot of mermaid stuff. I did start collecting a lot before I had children because I didn’t know if I would have a boy or a girl. So I saved everything.

Did you have any idea what a big impact The Little Mermaid was going to make?
I had no idea it was going to have such an impact until after the New York premiere. Seeing and hearing… wow… how people responded to it, I just couldn’t believe it. We really thought we just did this project and it would disappear and go back and life would just be the way it was and it’s never been the same since.

What do you think makes The Little Mermaid stand the test of time?
I would have to say it’s because of Howard and Alan bringing the story of music in a different way than it had ever been done before. When you have an audience that watched the movie and then applauds after every number like they’re in a Broadway show, then you knew it was going to be something really special.

When people watch The Little Mermaid, what do you hope they take from it?
I hope it makes them feel something. I think good entertainment makes you feel something… it can be a variety of different feelings. I guess I would hope that each person that watches it makes a special connection with it and that in some way it would bring them joy or soothe them or calm them or bring back a memory. Kind of like a generational thing where a grandparent and a grandchild make a connection.

What do you think would be the most surprising thing for people to know about you?
I’m in awe of the character and the film. I don’t know if people realize that. I think they just think it’s a job or a credit on a resume. Maybe like I don’t care about it anymore. Maybe people think that was this job she did 28 years ago… and here she is talking about it again. I still have those childlike feelings with it. It’s a magical movie and it still makes me cry and makes me feel things.

Now that you know a little bit more about Jodi, it’s time to watch her bring Ariel to life. The Little Mermaid is now available to order. 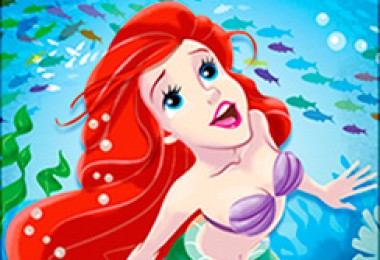 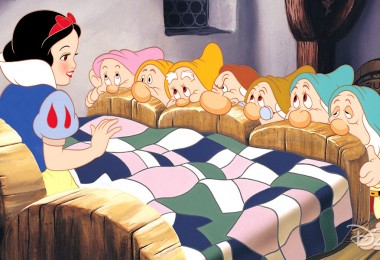 Disney Films That Started Out As Children's Books