ABC is turning up the heat with the new modern-day fairy tale The Baker and the Beauty, premiering tonight at 10|9c. The hourlong series, which is based on the hit Israeli show created by Assi Azar, takes viewers on a flavor-filled adventure between relatable everyman Daniel Garcia (Victor Rasuk) and international celebrity Noa Hamilton (Nathalie Kelley). Daniel is devoted to his parents, his siblings, and their business—but after one wild night, he meets Noa and his life is thrust into the spotlight.

“Disney is all about wish fulfillment and fantasy, where anything can happen,” says Emmy® Award winner Dan Bucatinsky, who stars as Lewis. “This is a show about a regular guy—a baker in a Cuban-American, family-owned bakery in Miami—who falls in love with the biggest superstar. So, this is a grounded, relatable family show, but they bring in this gorgeous, romantic storyline that will play out throughout the entire season.” 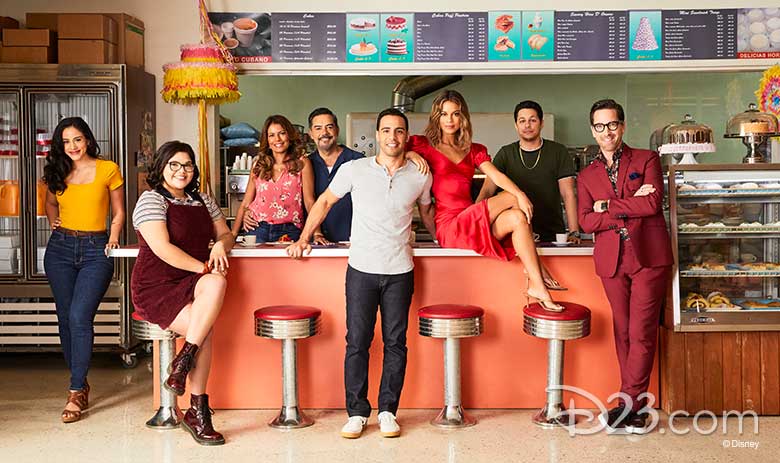 The series, from writer, producer, and showrunner Dean Georgaris, will also tackle complex issues, such as immigration and sexuality. Says Kelley, “It touches on a lot of interesting subjects that you might not expect from a typical network romantic drama.”

Although it’s set in Miami, The Baker and the Beauty was actually filmed in Puerto Rico. As a result, the ensemble cast—which also includes Carlos Gómez as Rafael Garcia, Lisa Vidal as Mari Garcia, David Del Rio as Mateo Garcia, Belissa Escobedo as Natalie, and Michelle Veintimilla as Vanessa—formed an instant connection while filming on location. “We’re lucky enough to have an all-Latino cast,” Bucatinsky says. “We speak Spanish, we dance on and off the set, and we go out afterwards. It’s a real family bond.”

Adds Rasuk, “This is one of the first jobs I’ve had where I actually get along with the cast, on- and off-camera. I’m being super genuine! When you work with actors who are as good as they are, it makes you elevate your game. This is the first time I’ve felt that.” 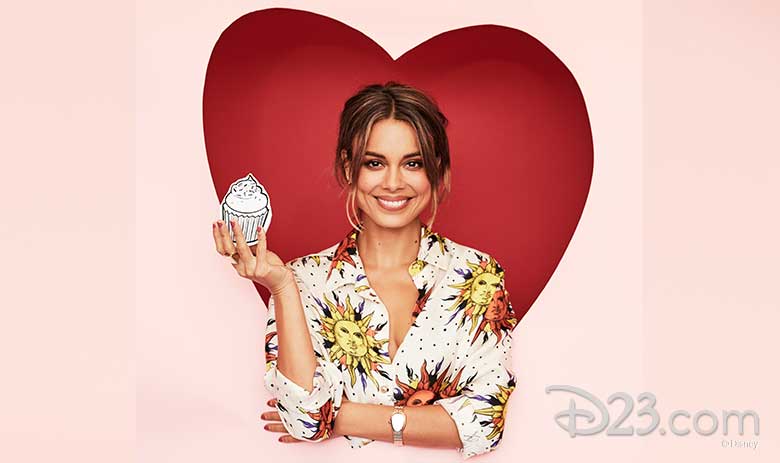 Kelley echoes her co-stars’ sentiments, noting that she believes their natural chemistry will translate onscreen. “To be connecting with this group of people on a cultural level and to be translating that magic into the work we’re sharing with the world is really special. There’s a lot we can learn from Latin culture, as we can from all cultures,” she says, “but it’s especially nice to be telling this story at this moment in time for Latinos.”

And after filming together in Puerto Rico, Kelley adds, “I couldn’t have picked a better group of people to be stuck on an island with. They’re the funniest, most kindhearted, warmest group of people—and talented actors! Did I mention funny? They’re hilarious!”

More than anything, the cast hopes fans find joy through The Baker and the Beauty. “Right now, we need messages of hope and love more than ever. The show definitely feels like a healing balm for the heart,” Kelley says. “You leave each episode and you feel inspired all over again. You remember love is possible; it isn’t dead. I think those themes resonate in all Disney projects, and we’re continuing that theme with our show.”