Home / Just For Fun / 7 Astonishing Details to Spot During Your WandaVision Rewatch ...

WARNING: This article contains spoilers for all episodes of WandaVision.

Throughout the season of WandaVision, Marvel fans have been combing through the episodes to find Easter eggs and details that might hint at what’s really going on in this saccharine sitcom world of Wanda Maximoff’s creation. If you were one of those sharp-eyed fans, you may have had suspicions about Wanda and Vision’s friendly (too friendly?) neighbor, Agnes. Regardless of your suspicious, we know one thing for sure: After you read this article title, you now have “Agatha All Along” stuck in your head. Whether you suspected that she was the one messing with everything, or you were shocked to discover she was pulling every evil string (Sorry, it’s stuck in our heads now, too), you should give WandaVision another watch to keep an eye out for these details. Even though Agatha surprised Wanda with her true identity, there were plenty of clues to hint to us viewers that it was—well, you know how the song goes… 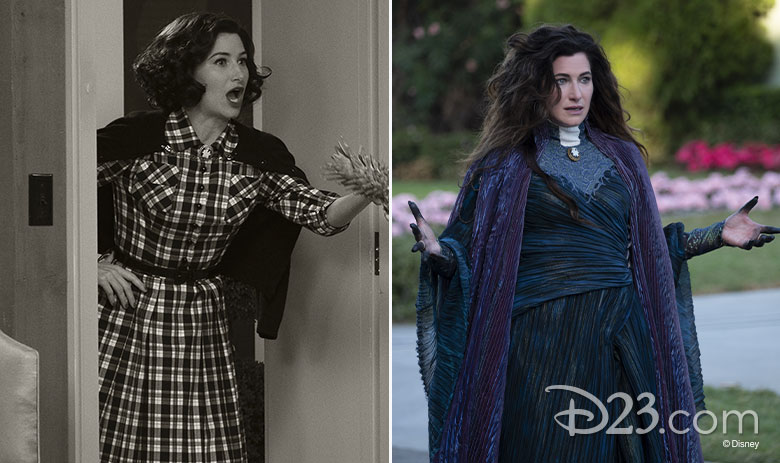 An Iconic Family Heirloom (Multiple episodes throughout the season)
When we finally get a glimpse at Agatha’s witchy past, we discover in Episode 8 that she stole her mother’s brooch—a distinctive accessory depicting three women, which marks Agatha’s legacy as a witch. With the attention now on this accessory, you might spot on your next rewatch that dear “Agnes” favors the accessory no matter which sitcom era she’s in—perhaps the real magic to the brooch is how it seamlessly blends to outfits from any decade! 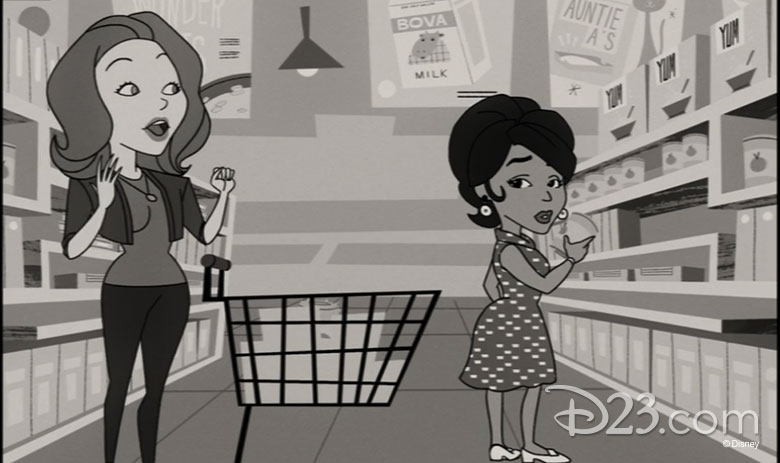 Auntie A’s Kitty Litter (Episode 2, “Don’t Touch that Dial”)
Fans were bewitched with episode 2’s totally retro animated opening, which was full of Marvel Easter eggs for sharp-eyed fans to spot—including a grocery store ad for “Auntie A’s Kitty Litter”—anyone suspicious of Agnes’ motives was sure to take note, especially since Agatha Harkness (as any self-respecting witch should) has a cat named Ebony in some Marvel comics. 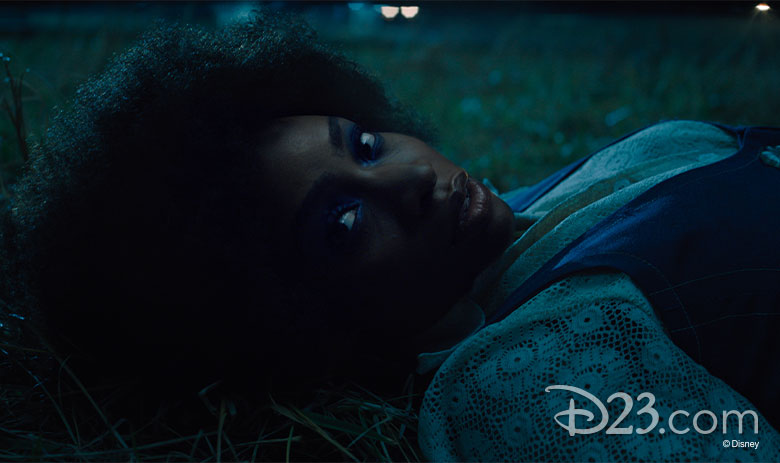 Getting the Dirt on Geraldine (Episode 3, “Now in Color”)
Just like Wanda, Geraldine had a hard time fitting into the sitcom world—which we now know is because she is actually Monica Rambeau, and she entered The Hex of her own accord instead of falling under Wanda’s initial spell. “Geraldine” was a perfect chance for Agatha to expose the falsity of Wanda’s world—so it makes sense that while in disguise as Agnes, Agatha would mention to Vision that Geraldine is suspicious: new to town, no family, no home. 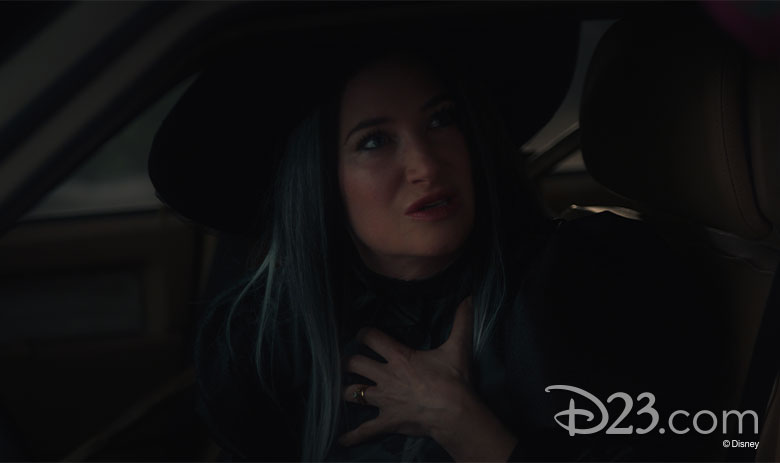 A Clever Costume (Episode 6, “All-New Halloween Spooktacular!”)
OK, be honest: How many of us were fooled in episode 6 when it seemed like Vision had discovered that “Agnes” is under Wanda’s control—meaning all our Agatha fan-theories were not true? Anyone suspicious of “Agnes” certainly raised an eyebrow when they saw her classic witch Halloween costume, only to lower it when they thought for sure we’d gotten proof she was just an innocent bystander. She couldn’t be that obvious, right? Oh, how easily she tricked us all! 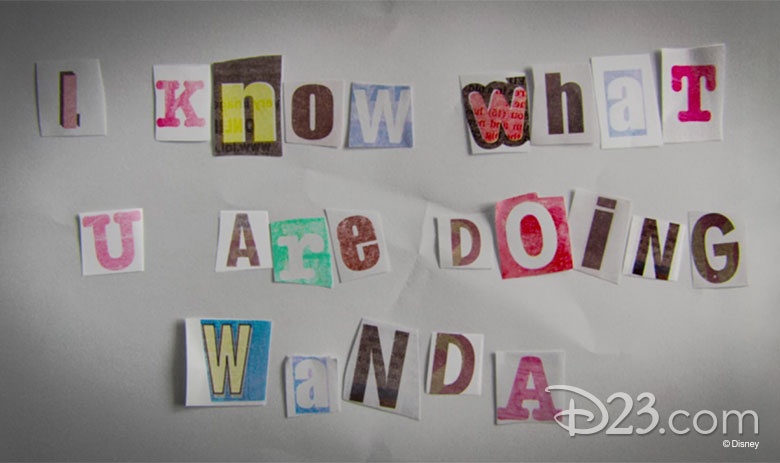 “I Know What You’re Doing, Wanda” in the Opening Credits (Episode 7, “Breaking the Fourth Wall”)
With our suspicions temporarily tided because of episode 6, we all might not have even put much thought into this blink-and-you-miss-it moment in the early-2000s sitcom-inspired opening sequence. Amidst all the different displays of “Wanda” shown through the credits (and did you catch the Stan Lee Easter egg on the license plate?), one shown quickly was a ransom note-style message saying, “I know what you’re doing, Wanda.” We might have written it off as Wanda’s magic starting to act up, but given that Agatha reveals herself at the end of this episode, it feels like foreshadowing to the fact that someone else was in on Wanda’s magical scheme. 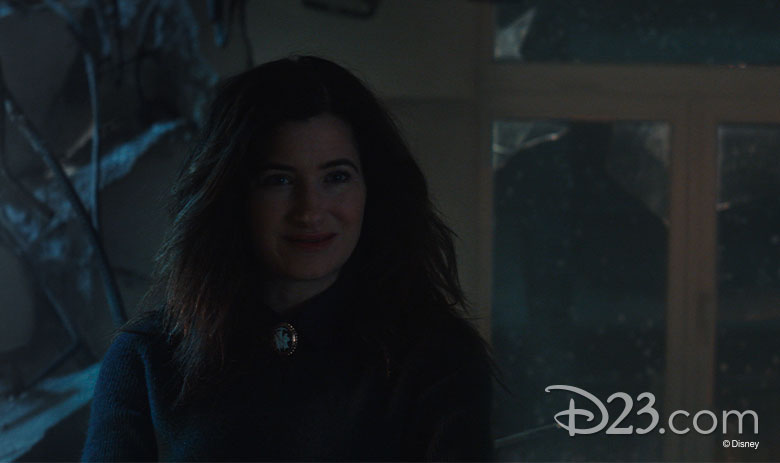 Señor Scratchy (Episode 7, “Breaking the Fourth Wall”)
In the episode, while we’re perilously close to discovering Agatha’s truth (and an earworm that we’ll be dancing to for the rest of the month), there was one more clue to tip us off towards Agnes’ real identity. Marvel Comics fans may have spotted the hare-raising detail that Agnes’ rabbit is named Señor Scratchy, a suspiciously similar name to Agatha Harkness’ son in the comics, Nicholas Scratch. 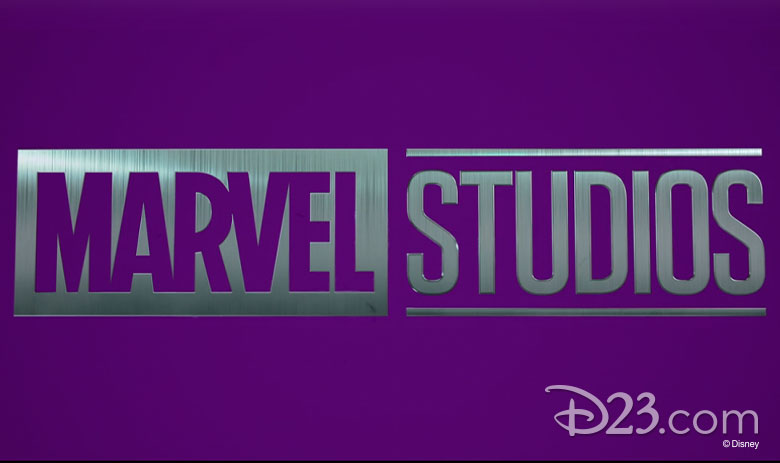 The Purple Marvel Opening (Episode 8, “Previously On”)
Do you still get goosebumps when you see the red Marvel Studios logo pop up on screen before each episode? After 7 episodes (plus, you know, 23 films) Marvel fans are familiar with the opening logo for Marvel Studios—it’s also conveniently the color often associated with Wanda’s magic. We instantly know something’s afoot in Episode 8 when the Marvel Studios logo changes from red to purple—the color associated with both Agatha’s outfits and her magic.