On April 15, 1983, Tokyo Disneyland—Disney’s first international theme park—opened with two future Disney Legends on hand to cut the opening-day ceremonial ribbon, Masatomo Takahashi, president of the Oriental Land Company, Ltd., and Card Walker, then chairman of The Walt Disney Company. Although Tokyo Disneyland closely resembled its sister parks in the United States when it opened, this “Kingdom of Family Dreams” features amazing experiences and unique details that allow Tokyo Disneyland to sparkle with its own special magic. 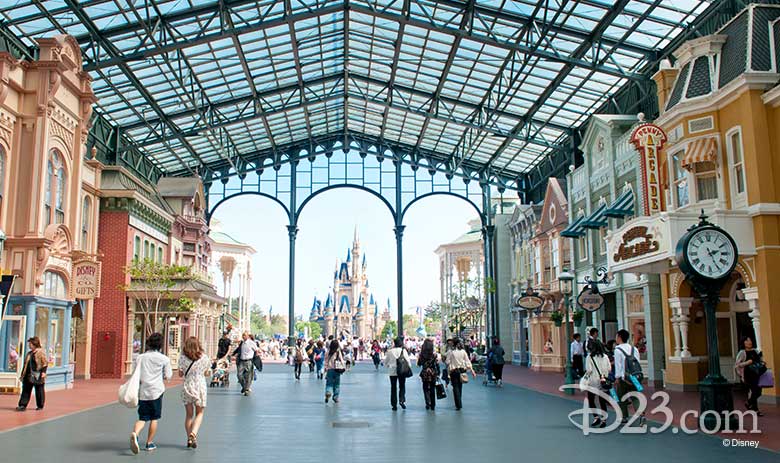 All the World Down One Street
It’s the first thing you see when you walk into the park: the massive glass roof of the World Bazaar, framing the spires of Cinderella Castle in the distance. This magnificent entryway to the park—reminiscent of Main Street, U.S.A. at Disneyland—provides an unforgettable welcome to guests before they begin a magical day at the park. Due to Japan’s unpredictable weather, World Bazaar is protected from the elements by an intricately wrought, now-iconic weather-proof glass roof, inspired by Victorian-era architecture. As part of the park’s 35th anniversary celebration, the World Bazaar now features special effects lighting, banners, and limited-time overlays on select stores, so that the anniversary celebration begins as soon as guests enter the park! 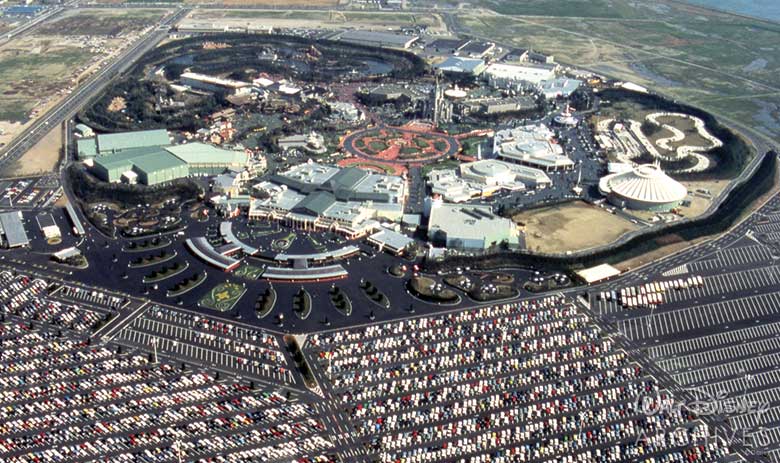 Sheer Size of the Magic
When the park opened, it occupied 114 acres, making it the largest Disneyland-style park ever attempted at that time. While the Tokyo Disneyland was made massive to hold all the brand-new magic, the parking lot was not quite as large. At a mere 61 acres, the Tokyo Disneyland parking lot was the smallest built for a Disney theme park at that time, due to the popularity of Japan’s public transportation. Today, the Tokyo Disney Resort has expanded to include a second theme park, multiple Disney hotels, and a shopping district, to which most Guests happily arrive via Tokyo’s extensive metro system. 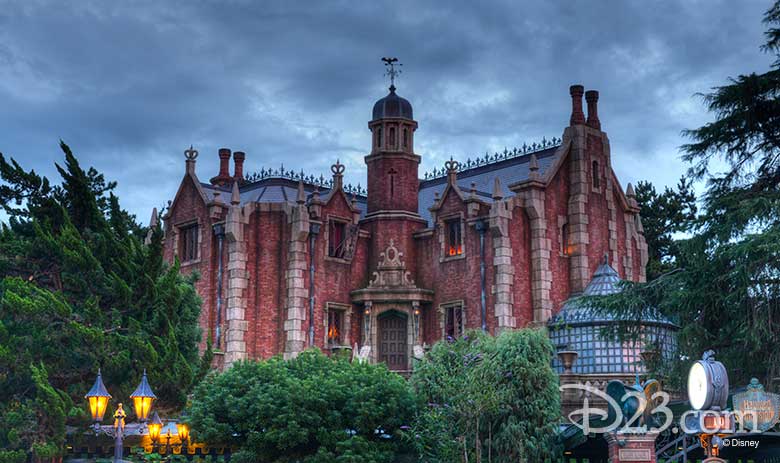 A New Home for Haunted Mansion
The decision not to include Liberty Square or New Orleans Square in the park raised an interesting question: Where to put Haunted Mansion? It was decided to place the fan-favorite attraction in Fantasyland, along the border of Westernland. This marked the first (and so far, only) time a Haunted Mansion attraction was placed in the land of fantasy. 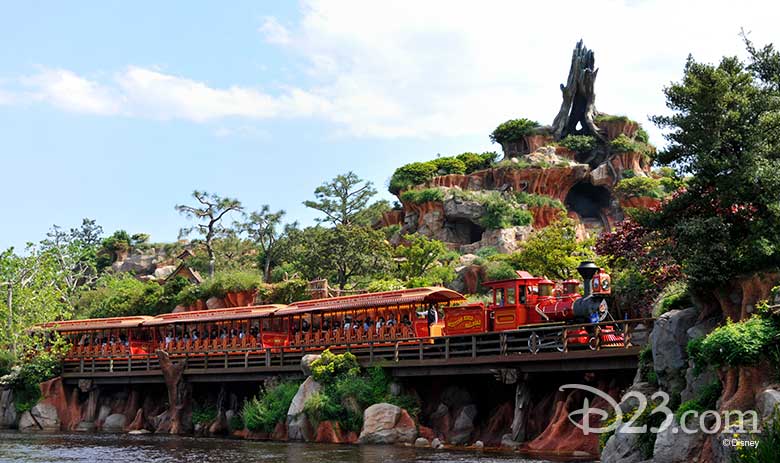 All Aboard!
If you want to go on a train ride at Tokyo Disneyland, you’ll have to take a trek to Adventureland. Due to the enclosure of World Bazaar, there was no way to place a train station at the park’s main entrance. Instead of a grand circle tour, the Western River Railroad traveled through the jungles of Adventureland and the wilderness of Westernland and featured a thrilling climax––a view into the Primeval World Diorama. This grand trip includes only one stop––the second floor of Jungle Cruise load and unload building! 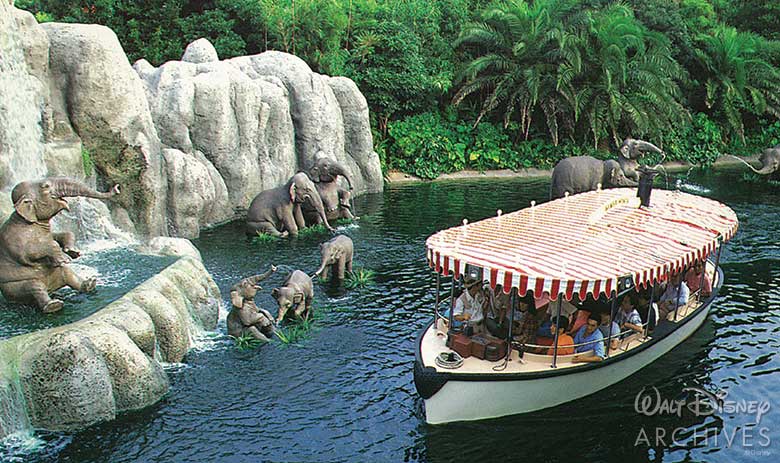 New Layouts for Jungle Cruise and Toontown
Although the Tokyo Disneyland Jungle Cruise attraction includes all the thrilling scenes of exotic adventure we love at Disneyland and Magic Kingdom, it also offers a strikingly different feature—a flipped layout. Passengers on Jungle Cruise follow the river’s path in a clockwise direction—a design choice not replicated until Hong Kong Disneyland opened in 2005. The attraction also has a unique structural feature as the boarding area for Western River Railroad is stacked on top of the load/unload building for Jungle Cruise.

If you thought you were seeing things flipped on the Jungle Cruise, get ready to step into Toontown. This wacky land features all the attractions we enjoy at Disneyland—but the entire land is a mirror image of its Anaheim twin! 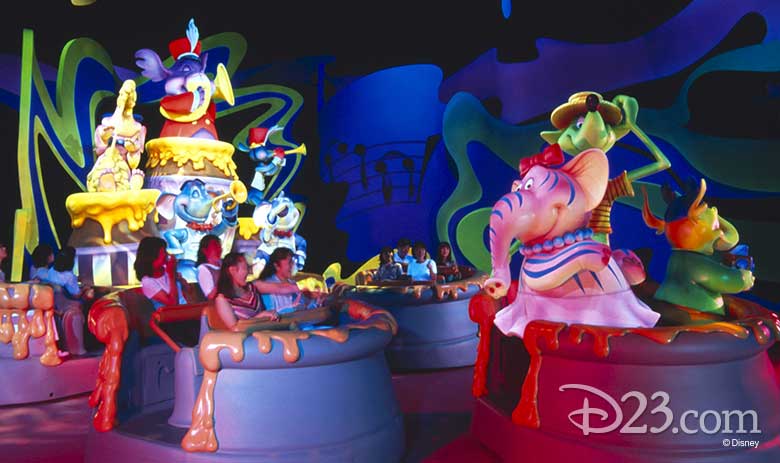 A “Hunny” of a Unique Attraction
Exclusive to Tokyo Disneyland, Pooh’s Hunny Hunt invites guests to board hunny pots and follow Pooh through the Hundred Acre Wood as he hunts for his favorite sweet snack —honey! Using a trackless ride system and fanciful show sets, the attraction re-creates beloved moments from the Pooh stories along with original scenes designed for the attraction. Guests find themselves spinning through a blustery day, boogie-ing with Heffalumps and Woozles, and even bouncing along with Tigger! 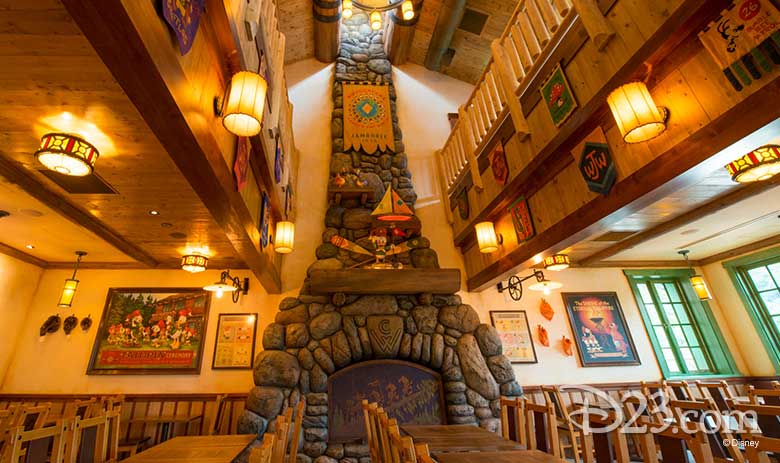 The Nephew’s New Campsite
This new campfire-inspired restaurant in Westernland lets guest join in on the adventures of Huey, Dewey, and Louie as members of the Junior Woodchucks of the World. Once inside the dining hall of this camping lodge, guests are treated to the evidence of Donald’s nephews’ countless wacky adventures. Various souvenirs of past perilous camping trips are on display, such as the nephews’ merit badges, coonskin caps, and a hilarious poster of Donald Duck attempting to teach “How to Tie Your Neckerchief—The Woodchuck Way.” If you are passing through and need to eat, Camp Woodchuck Kitchen provides the simple delights of a campfire meal including waffle sandwiches and S’more style desserts. 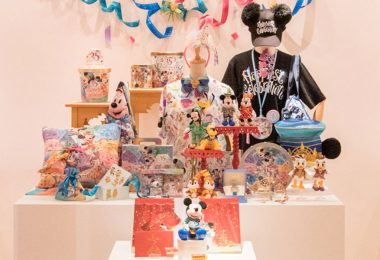 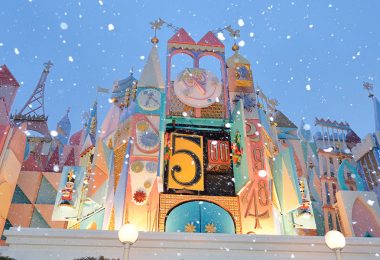 11 Stunning Snowfalls at Disney Parks Around the World 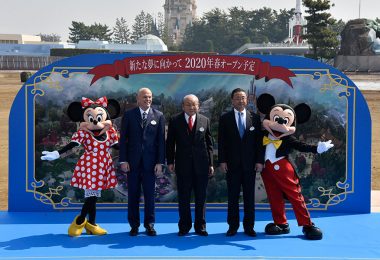