Home / News / Headlines / 5 Things You Need to Know About Shang-Chi and The Legend of ...

On September 3, Marvel Studios will present Shang-Chi and The Legend of The Ten Rings, an epic adventure that introduces the Marvel Cinematic Universe’s newest Super Hero: Shang-Chi. In celebration of the character’s big screen debut, the team behind the highly anticipated adventure reunited for a virtual press conference. Hosted by one of the film’s stars, Ronny Chieng, the discussion included actors Simu Liu, Awkwafina, Meng’er Zhang, and Ben Kingsley; director/screenwriter Destin Daniel Cretton; and producer Kevin Feige.

Before the film opens in theaters, here are five things you need to know: 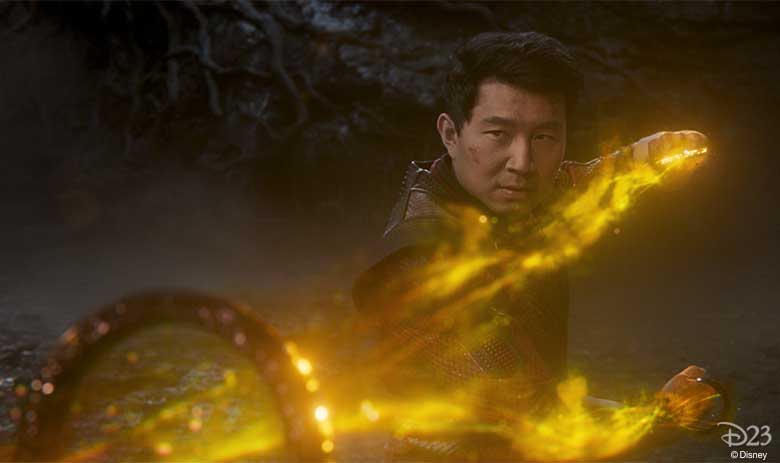 1. Contrary to popular belief, Simu Liu’s tweets did not get him the lead role.
Before he was cast as Shang-Chi, Liu would tweet from time to time about his desire to bring the character from the comic books to the silver screen. Although his tweets got a lot of likes, they weren’t what got him the job. “When you tweet at Marvel, you think it’s going to some 19-year-old intern,” he explained. “‘No one’s going to read that. No one cares.’” Feige admitted he “did not see” Liu’s tweets: “Simu, it was not your tweeting; it was your acting ability, your constant professionalism, and the multiple reads and meetings that you did that got you the job. Now, did our casting director, Sarah Finn, see that? I don’t know.” 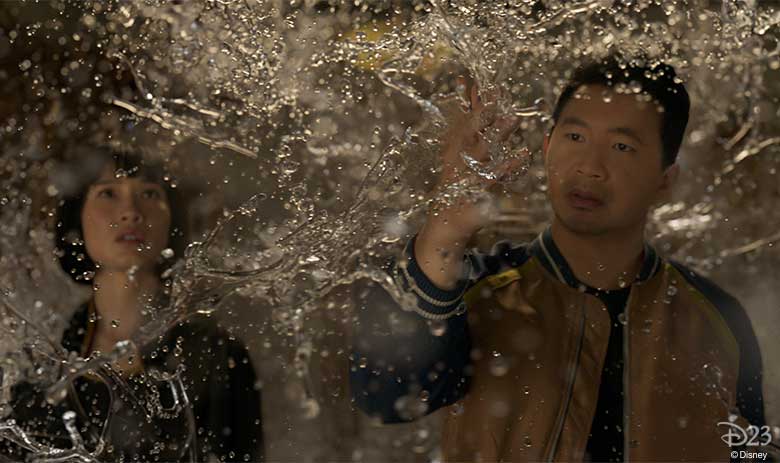 2. Destin Daniel Cretton consulted the director of Black Panther in pre-production.
Like Ryan Coogler, Cretton got his start in the industry by making intimate films on a smaller scale. So, when Cretton was approached about joining the MCU, he naturally asked his longtime friend for some advice. “I was scared of stepping into a big studio movie like this and scared of what it might do to me: ‘Will I cave?’ I had a lot of fears,” Cretton said. “The thing that Ryan said to me, which really eased my mind, was, ‘The pressure is hard. It’ll be the hardest thing potentially that you have done up to this point. But none of that pressure and none of those complications come from the people that you’re working with or for.’ And that’s what I found. This is a very special place to work. There is an environment [that promotes] curiosity of exploration, and it comes from the top down. There is no fear-based mentality in the studio, which allowed us to take risks and chances.” 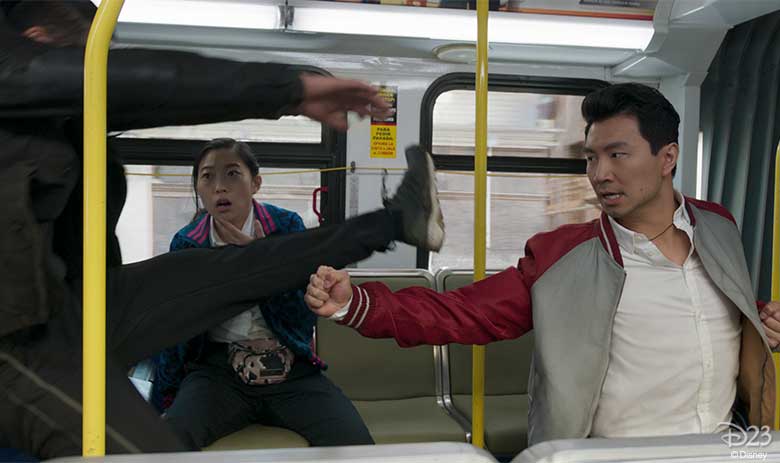 3. Awkwafina learned new skills to prepare for her role as Katy.
When the audience first meets Shang-Chi, he is living in San Francisco as Shaun, working as a valet alongside his best friend, Katy (Awkwafina). He hasn’t disclosed his true identity, which is revealed when a team of assassins attack them on a bus. As Shang-Chi fights them off, he instructs Katy to take the wheel. “I actually went to a race track and learned how to drift,” Awkwafina said, “which is really fun but probably not practical in a scenario like traffic.” The friends travel to Macau, to warn Shang-Chi’s sister, Xialing (Zhang), that danger is coming. As the legend of The Ten Rings is revealed, Katy takes a more active role in fighting against Shang-Chi and Xialing’s father, Wenwu (Tony Leung), and his cabal. Patting herself on the back, Awkwafina shared, “I learned how to shoot a bow and arrow!” 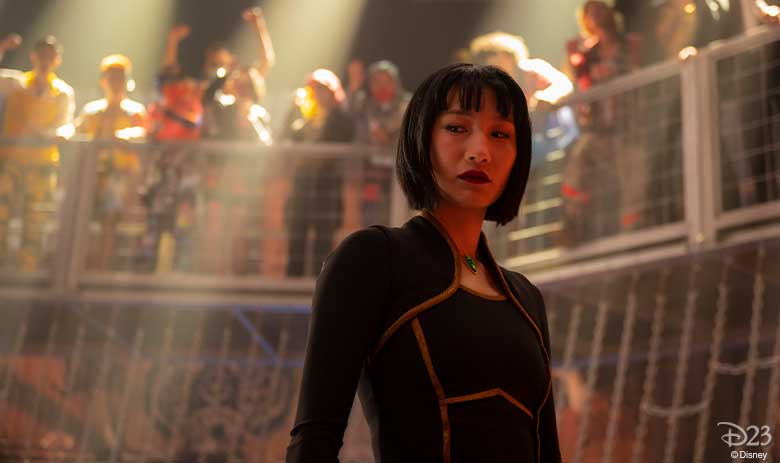 4. This is Meng’er Zhang’s feature film debut.
Trained in theater, Zhang was eager to learn the ins and outs of movie making. “I asked Sir Ben a lot of questions. He said, ‘When we’re on stage, we’re landscape artists. When we’re in front of a camera, we’re portrait artists,’” Zhang said. “That gave me a very clear image.” This is also Liu’s biggest role to date, and he admitted to suffering from “imposter syndrome” working with the likes of Awkwafina, Leung, and Michelle Yeoh. “It was all I could do just not to mess it up. Before I was cast, I did my final screen test with Awkwafina, and she did such a wonderful job of putting me at ease; my nerves were sky high. I was an actor from Toronto who had never allowed myself to imagine being a part of the MCU. It was the craziest dream that anyone could possibly dream. And she did such a great job of putting me at ease and being in the moment with me. We had such a beautiful chemistry.” 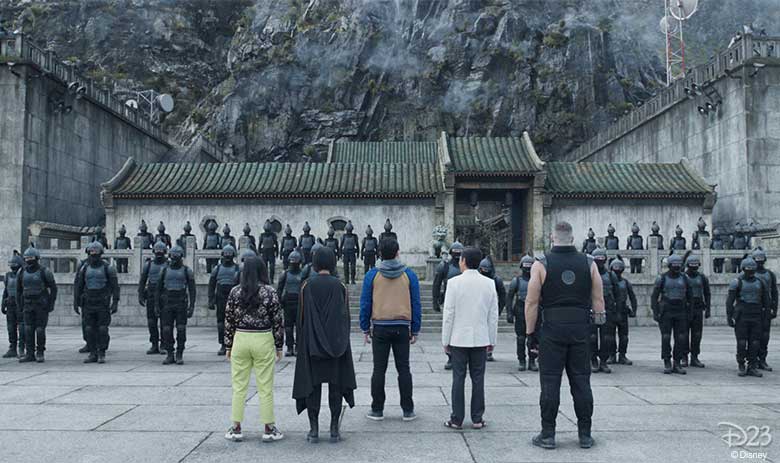 5. Ben Kingsley was surprised to see the return of Trevor Slattery.
Kingsley said Feige personally visited him at his home in Oxfordshire to discuss the “under wraps” return of his character, an actor-for-hire was last seen onscreen in 2013’s Iron Man 3. (Fun fact: Kingsley’s casting in Shang-Chi and The Legend of The Ten Rings wasn’t public knowledge until he attended the world premiere at the El Capitan Theatre on August 16!) According to the Academy Award®-winning actor, Trevor has grown a bit since he last tangled with Iron Man (Disney Legend Robert Downey Jr.). “I did get very fond of Trevor,” Kingsley shared. “He has his vulnerabilities. He has his history, and he has his issues. He found in himself, perhaps, moments of empathy and kindness. I think there’s a wisdom that he doesn’t believe he has, but he does have. And, with his work in Shakespeare, he’s beginning to perhaps grow into a silhouette that’s larger than the one he thought he had.”