1. The cast always wanted to do a sequel—even before it was officially in the works.
Over the years, the principal cast members often said they would jump at the chance to reprise their roles—but, in some cases, they weren’t so sure it would ever happen. “I didn’t [think the movie would be made] until the day finally came,” Midler said. “And then I realized, ‘Oh, we’re really going to do this.’ This was kind of a dream come true.” 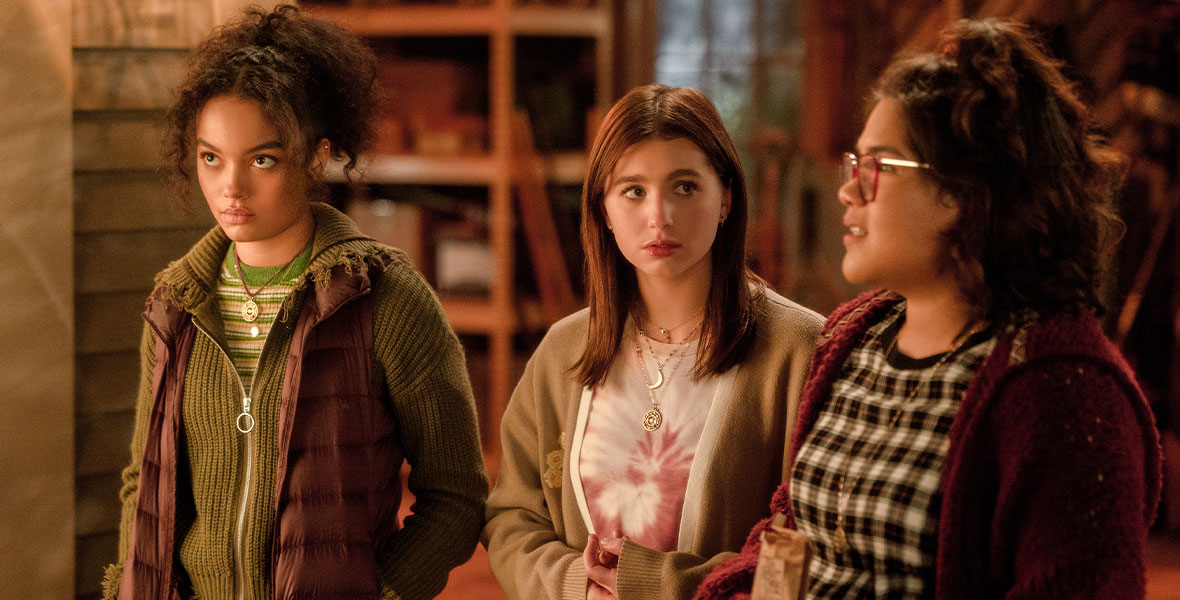 2. The new director brings a fresh take to the Sanderson sisters’ story.
Disney Legend Kenny Ortega helmed the first film in 1993, which is now a cultural phenomenon. Adam Shankman was set to direct the sequel, but ultimately decided to direct Disenchanted instead; he remained on as an executive producer and suggested Fletcher, a longtime friend of his and a handful of cast members, should take the reins. “This is like my fourth or fifth project with Anne,” Najimy said. “She was one of the hugest reasons that we got through this thing. She is one of the best people, one of the best directors, one of the best artists ever in the world. I’m madly in love with her.”

3. Working with Hocus Pocus veterans was surreal for the new cast members.
Peak, Escobedo, and Buckingham were major fans of the original Hocus Pocus, so to be cast in the sequel and to share the screen with Midler, Parker, and Najimy was a spellbinding experience. “I don’t think I really had any expectations. I was just happy to have a job,” Buckingham said. “It was the coolest thing. I found out I booked the role when we were all on Zoom together. Right when we hopped off and we were done screaming, I fell to my knees and I was like, ‘Finally!’ I was supposed to be moving into college in two weeks [before production began], so it was a huge life change. But it was the best thing I could have asked for. I worked with legends and learned so much, and I made best friends along the way, too… I’m very grateful. This is a fabulous team.” 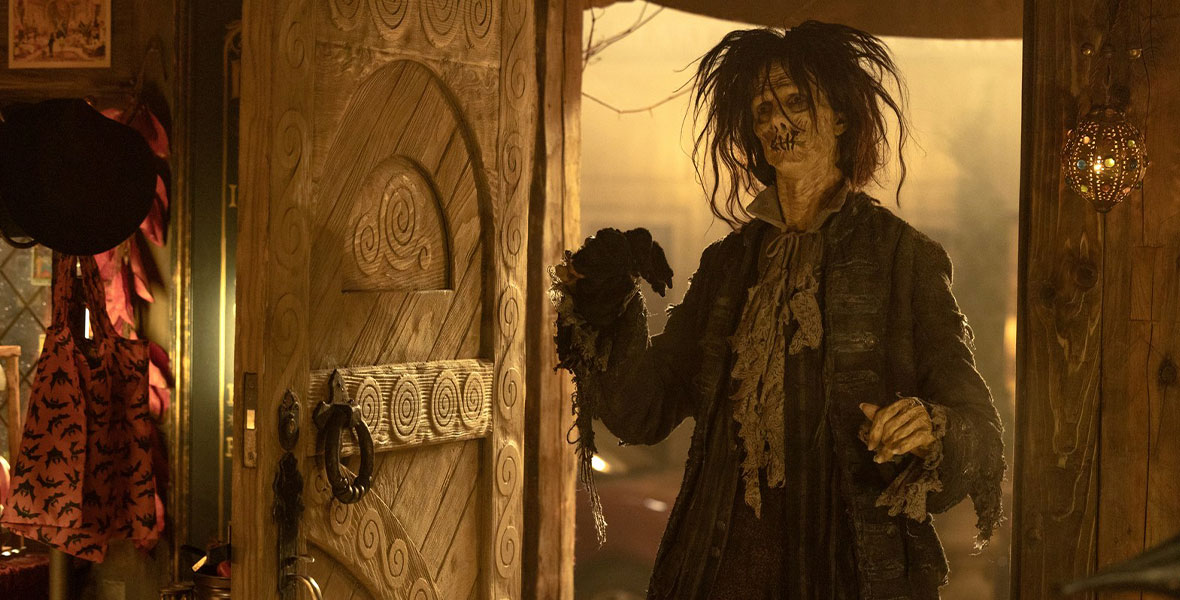 4. Sisterhood is a running theme throughout the film and the franchise.
“We talked a lot about leaning on each other and counting on each other, and [showing] loyalty to each other,” Midler said. “There’s so much going on in this world that we never really realized until maybe in the last 25, 30, maybe 50 years. Things have changed for women—but things have not changed fast enough for women. And I think these three characters are really, in a strange and an odd way, quite positive for women. First of all, they’re very funny, which women are not allowed to be—or are not supposed to be. And they’re intensely loyal to each other, even though their relationships are [complicated]. It’s a very broad range of emotions they live through. In a funny way, their bond is very strong. In any situation where women are together that bond of friendship and of sisterhood is really important. This movie sort of shores it up.”

5. No one knows how to play a zombie quite like Doug Jones.
To reprise his role as Billy Butcherson, Jones spent about two hours each day in hair and makeup. “The prosthetic pieces are made ahead of time, so getting them on me is the last step,” he explained. “I got to hide behind a layer of rubber.” The role is “very physical,” Jones added. “I was 32 when I played him the first time. I was 61 playing him the second time—a big difference. My first scene in the movie is stumbling up a staircase into a doorway. I’m like, [gasp], ‘I don’t remember it being this tiring before!’”