Don’t miss this fantastic content coming to your televisions (or assorted streaming devices) this week! The Goldbergs’ Erica and Geoff are getting married… maybe? See what hijinks are in the way of the happy couple’s special day in the milestone 200th episode of the ABC series on Tuesday. Then, Wednesday marks the long-awaited streaming debut of Steve Spielberg’s adaptation of the cherished musical West Side Story; and later, catch season one of Brain Games: On the Road, launching that same day. An all-new episode of A Million Little Things—full of jaw-dropping surprises—airs Wednesday; and binge the first three episodes of the Hulu Original limited series The Dropout, chronicling the rise and fall of Theranos founder Elizabeth Holmes, on Thursday. 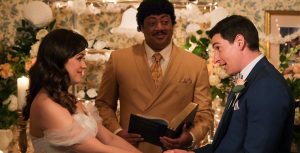 The Goldbergs—Tuesday, March 1, at 8 p.m. ET, on ABC
Something old, something blue, something borrowed… and someone didn’t pay! Geoff (Sam Lerner) panics when he realizes no one paid the deposit for the wedding venue ahead of his nuptials to Erica (Hayley Orrantia)—and he scrambles to fix the oversight before Beverly (Wendi McLendon-Covey) finds out. Things soon become even more chaotic when a weather advisory threatens a major storm which could jeopardize the momentous occasion, in this landmark 200th episode! 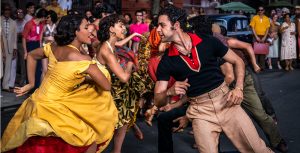 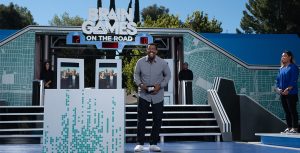 Brain Games: On the Road—Wednesday, March 2, on Disney+
Pack your bags, because National Geographic’s fan-favorite science show is hitting the road! Season one of this iteration of the critically acclaimed series is coming to the streamer, as family, friends, and coworkers square off in a friendly competition hosted by comedian Chuck Nice and filled with mind-bending puzzles and brain teasers. Test your wits from the comfort of your couch! 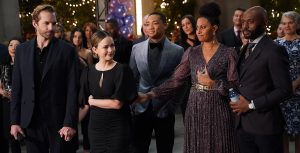 A Million Little Things—Wednesday, March 2, at 10 p.m. ET, on ABC
Cam (Ryan Hansen) plans the ultimate surprise party for Maggie (Allison Miller) to celebrate her 30th birthday, but she isn’t the only one to make a shocking discovery in this brand-new episode. Meanwhile, Tyrell (Adam Swain) returns home, but soon realizes things are not how he left them. 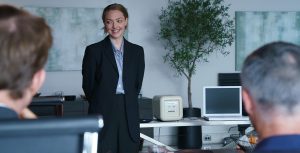 The Dropout—Thursday, March 3, on Hulu
How did the world’s youngest self-made woman billionaire lose it all in the blink of an eye? Amanda Seyfried (above) stars as Theranos founder Elizabeth Holmes in a tale of ambition and fame gone terribly wrong. The first three episodes of the Hulu Original limited series will be available on the premiere date, with subsequent episodes premiering weekly. See the origins of the infamous blood testing company unfold—including Elizabeth dropping out of Stanford to pursue the startup, and her attempts at convincing venture capitalists to invest in her fledgling technology. This series is suitable for mature audiences. 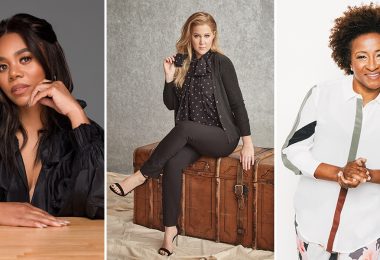 Regina Hall, Amy Schumer, and Wanda Sykes to Host The Oscars® on ABC