Walt Disney’s Grumman Gulfstream I plane is making a cross-country journey to Anaheim, California, where it will be on display for fans attending the sold-out D23 Expo 2022 presented by Visa from September 9 through 11. D23 and the Walt Disney Archives, along with D23 Expo Platinum sponsor Amazon, have restored the plane’s exterior for guests to see in a specially curated exhibit in the Arena of the Anaheim Convention Center called Mickey Mouse One: Walt’s Plane presented by Amazon. The exhibit will highlight the history of the plane—also known as “The Mouse”—and showcase its significance in The Walt Disney Company’s history. 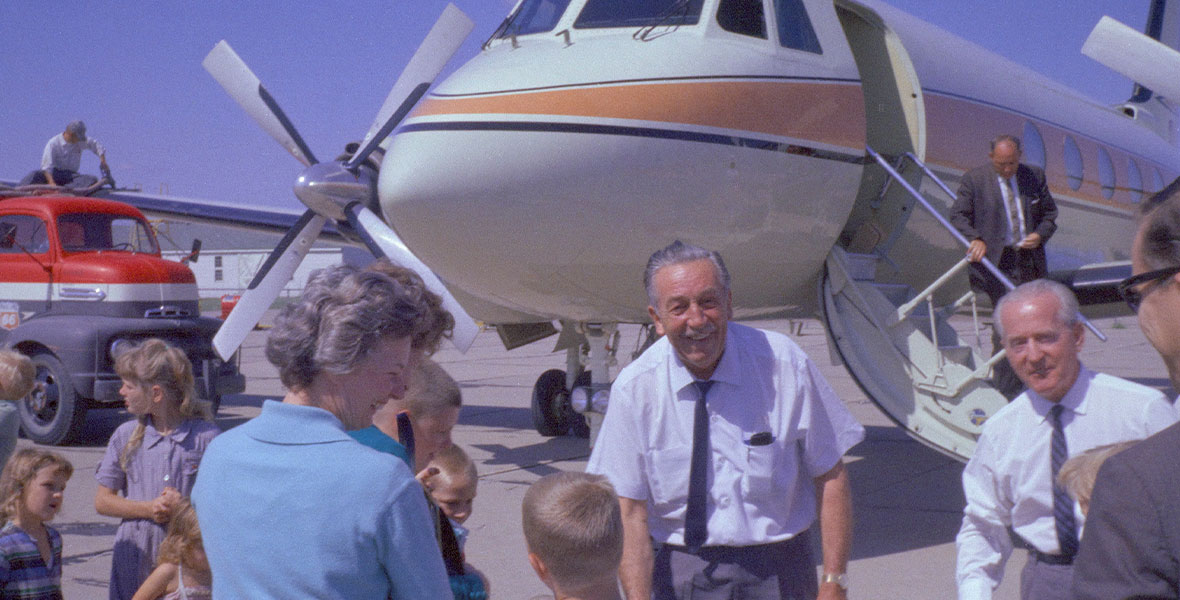 The newly repainted plane with updated wing edges and windows will be on view along with never-before-exhibited items from the aircraft’s interior, including a customized instrument panel originally located near Walt’s favorite onboard seat that allowed him to monitor flight conditions; a telephone handset that gave Walt a direct line of communication to the pilot in the cockpit; a flight bag featuring an image of Mickey Mouse sitting on the tail of the iconic plane; and more.

Walt’s plane will return to the West Coast for the first time since October 8, 1992, when the plane landed on World Drive in Orlando, Florida, at Disney-MGM Studios (now Disney’s Hollywood Studios), where it resided as a part of the Studio Backlot Tour until 2014. The recent exterior repaint and finishing work, along with the cross-country move of the aircraft, was made possible thanks to collaboration and support from Walt Disney Imagineering.

In 1963, Walt acquired the iconic Gulfstream that would come to be known as “The Mouse.” The interior of the plane, initially designed with creative input from Walt and his wife, Lillian, seated up to 15 passengers and included a galley kitchen, two restrooms, two couches, a desk, and nods to the mouse who started it all, including matchbooks and stationery adorned with a silhouette of Mickey Mouse. Mickey’s initials were eventually included in the tail number of the plane, too, as N234MM, in 1967. Throughout its 28 years of service to The Walt Disney Company, the plane flew 20,000 hours and transported an estimated 83,000 passengers before it was grounded.

D23 Expo will kick off Disney100, a celebration of the 100-year history of The Walt Disney Company, and in this all-new exhibit, guests will be invited to “take to the skies” and learn about the role this iconic plane has played throughout the company’s history. Fun facts include: 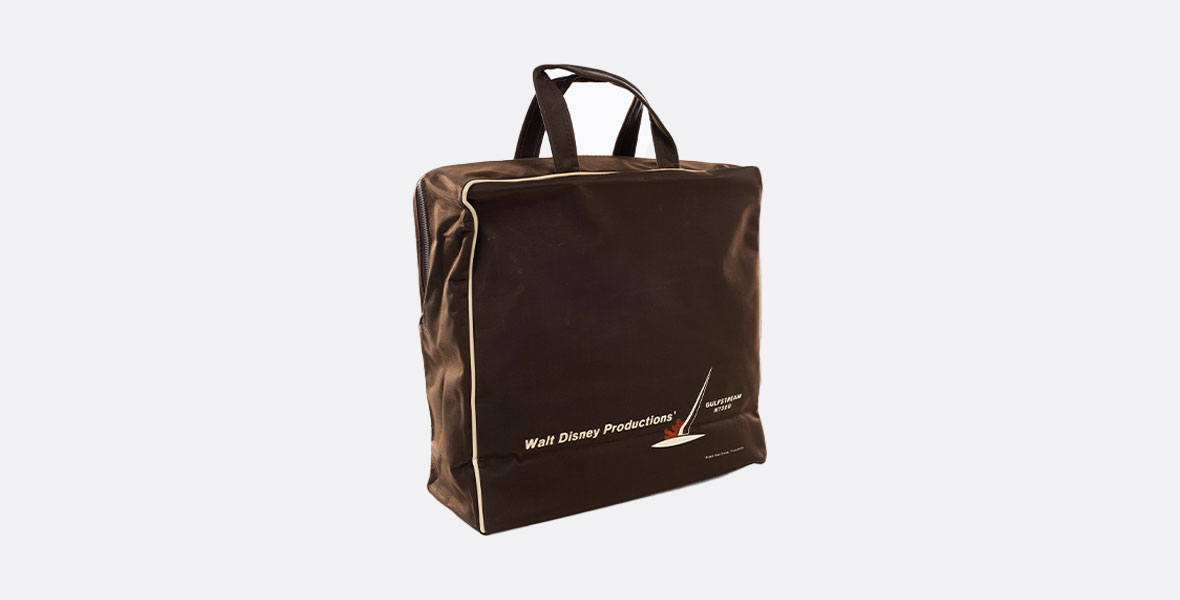 D23 Expo is sold out. Select presentations will be streamed for guests at D23 Expo [LIVE]. For more information, visit D23Expo.com.