Animator Ollie Johnston infused an unusual level of warmth and heartfelt emotion into his characters. As lifelong friend and fellow animator and Disney Legend Frank Thomas recalled, “Ollie was the only one of the Studio animators who was sensitive to character relationships and how they affected story.” Explained Frank: “Back then, cartoon characters seldom touched unless they hit each other. But one day Ollie said, ‘You know, the act of two people holding hands communicates in a powerful way.’ And he was right. His warmth made a difference in so many of our characters.”

Ollie animated such memorable friendships as those of Baloo and Mowgli in The Jungle Book and the sycophantic relationship between Sir Hiss and Prince John in Robin Hood. And he valued his own relationship with the characters he animated, including Thumper from Bambi, Mr. Smee from Peter Pan, and the trio of fanciful fairies from Sleeping Beauty. “They were all good friends whom I remember fondly,” he once said.

Born in Palo Alto, California, on October 31, 1912, Ollie attended grammar school on the campus of Stanford University, where his father served as professor of romance languages. After graduating from Palo Alto High School, he returned to Stanford and spent his last year of study at Chouinard Art Institute in Los Angeles. 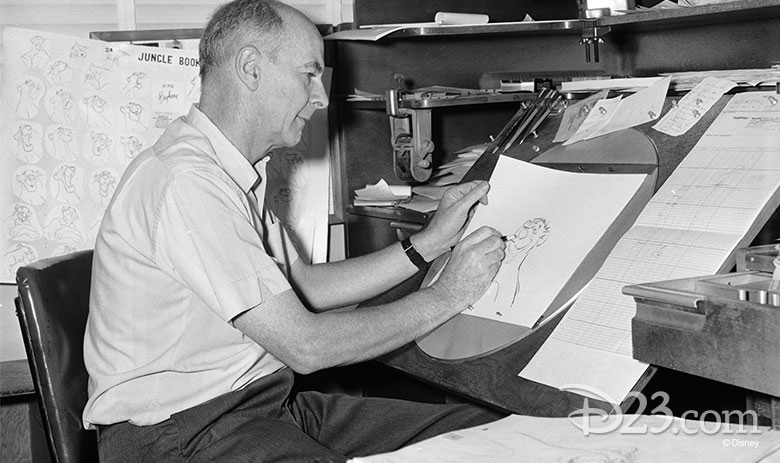 On January 21, 1935, Ollie joined the Walt Disney Studio as an apprentice animator, working on early Disney shorts such as Mickey’s Garden and The Tortoise and the Hare, which won an Academy Award® for Best Short Subject (Cartoons). He went on to work as animator and directing animator on more than 24 feature films, including Snow White and the Seven Dwarfs, Fantasia, Song of the South, Cinderella, Alice in Wonderland, Lady and the Tramp, and Sleeping Beauty.

An avid train enthusiast, Ollie created a backyard railroad at his home and was instrumental in helping stir Walt Disney’s own personal interest in trains.

After 43 years with the Studio, Ollie retired in 1978. He went on to co-author four books with Frank Thomas, beginning with the definitive Disney Animation: The Illusion of Life. This was followed by Too Funny for Words: Disney’s Greatest Sight Gags, Walt Disney’s Bambi: The Story and the Film, and The Disney Villain. 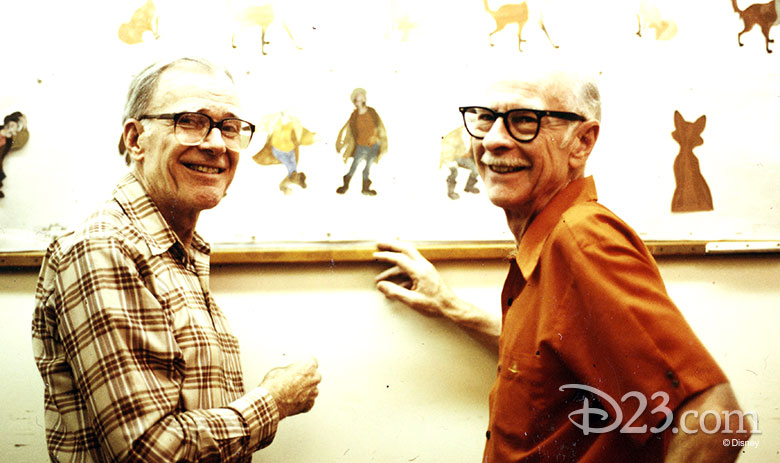 He and Frank were the subjects of the 1995 documentary Frank and Ollie, which chronicles their unique friendship from its beginnings at Stanford to their creative relationship at Disney. That same year, Disney artists paid tribute to the legendary animators in the Mickey Mouse short Runaway Brain, which featured a villain whimsically named “Dr. Frankenollie.” Frank and Ollie also made vocal cameos in two animated features by director Brad Bird, 1999’s The Iron Giant and the 2004 Pixar Animation Studios film The Incredibles.

On November 10, 2005, Ollie was presented the prestigious National Medal of the Arts by President George W. Bush at a ceremony in the Oval Office.