“Adventure is out there!” in the latest exhibit from the Walt Disney Archives at The Walt Disney Studios lot in Burbank. The Archives’ Reading Room has been refreshed to include tropical imports, exotic antiquities, and mysterious discoveries collected from many beloved and daring Disney adventures.

Whether it be rum-loving pirates, whimsical tiki totems, or a chorus of singing birds in an enchanted South Seas locale, projects from throughout Disney’s rich history have produced countless tales of adventure that have endured and inspired audiences for almost a century.

Upon entering the Reading Room, guests are greeted by the famous Redhead Audio-Animatronics® figure from Pirates of the Caribbean at Disneyland. Just beyond her stand several mighty tiki gods who previously watched over the grounds of Disney’s Polynesian Village Resort at Walt Disney World® Resort. The gods are easily angered, so please be mindful of all your celebratin’!

The adventure continues into a nearby display case filled with 50 years’ worth of merchandise and treasures ranging from Adventureland to Trader Sam’s Enchanted Tiki Bar and beyond.  Elsewhere in the room, various Disney Parks and Resorts locales are represented including Adventurers Club, Tower of Terror, Swiss Family Treehouse, and the original Club 33. The world of live-action comes to thrilling life by way of set decoration and props from The Island at the Top of the World and the Pirates of the Caribbean franchise. Two very special items with ties to Walt Disney are also on display—a script for The Jungle Book (1967) with notes and comments inside from the master showman himself, and a model of a Jungle Cruise boat (the Congo Queen) which was used on-screen by Walt during a 1956 episode of the Disneyland television series.

We recently toured the exhibit on our Facebook page. Check out the video below for the full tour, and view the photo gallery for a closer look at the exhibit. 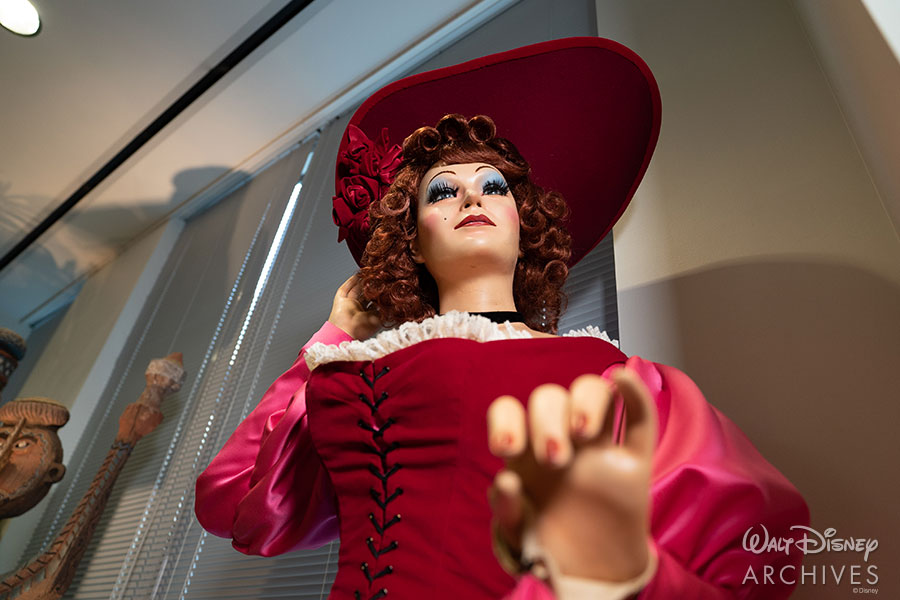 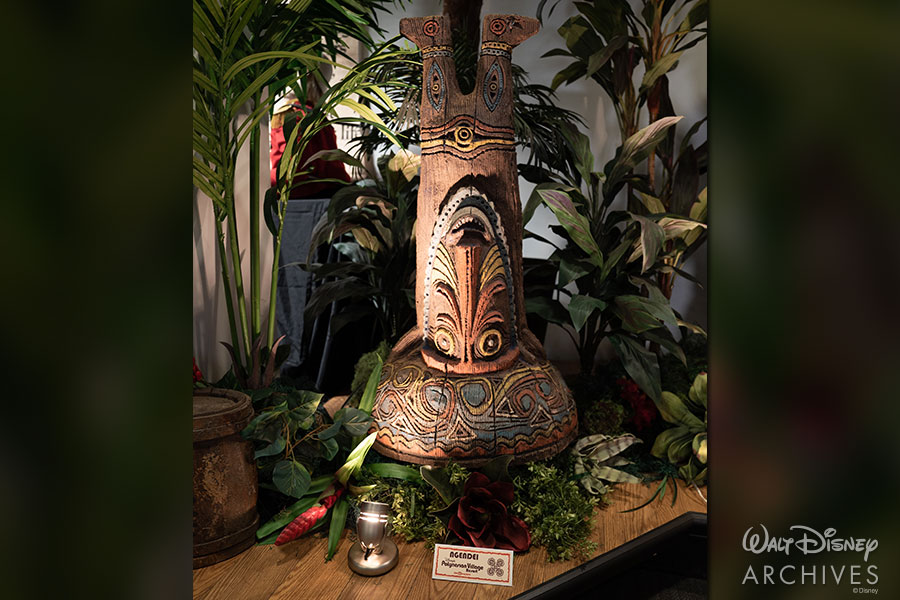 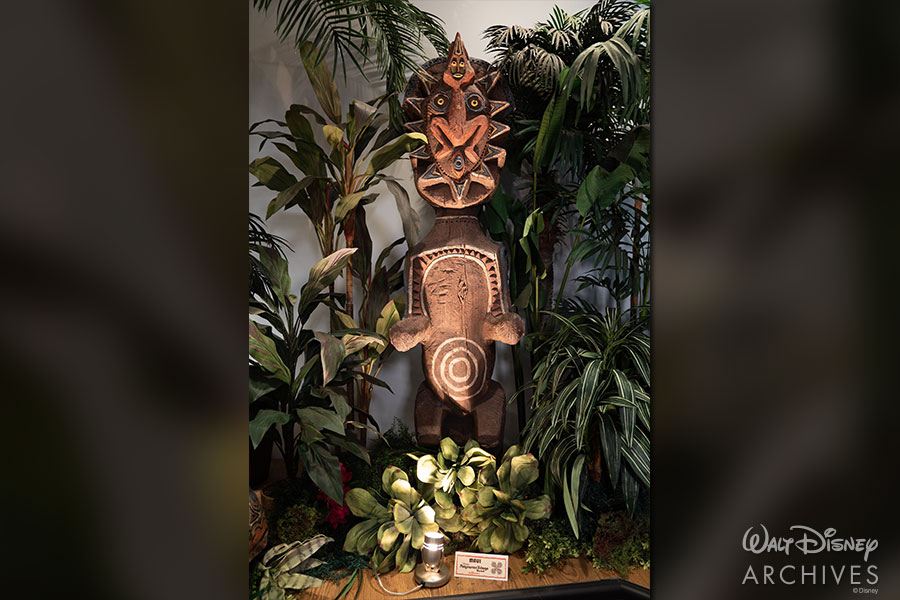 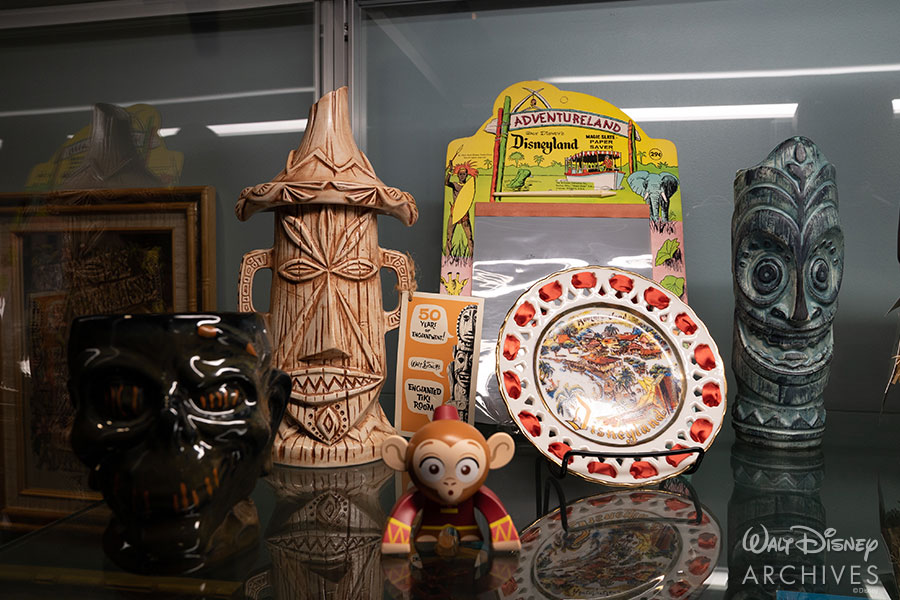 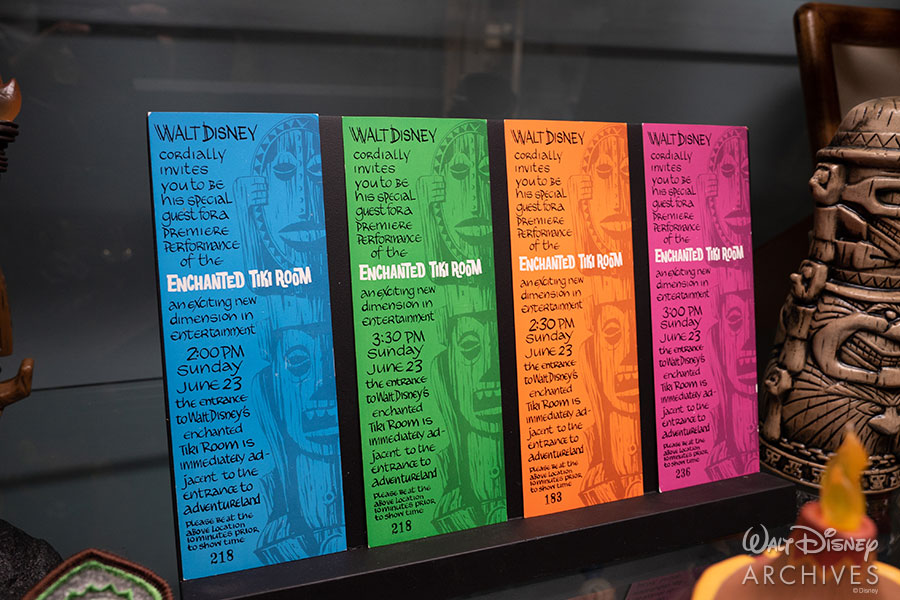 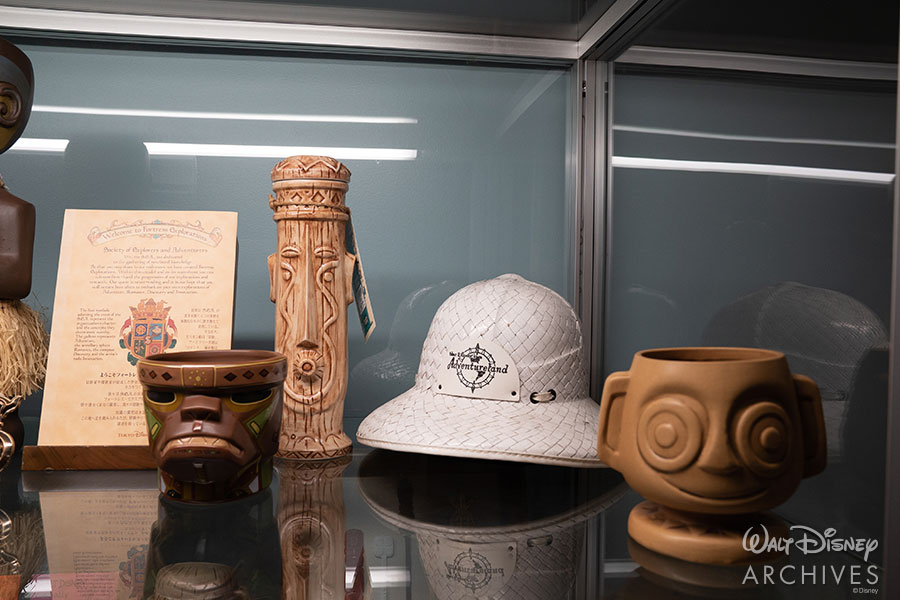 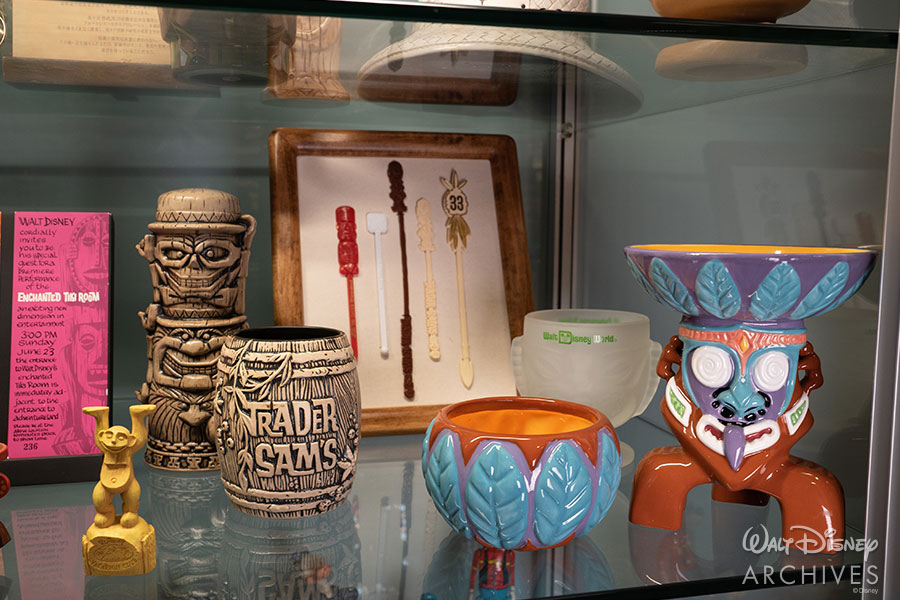 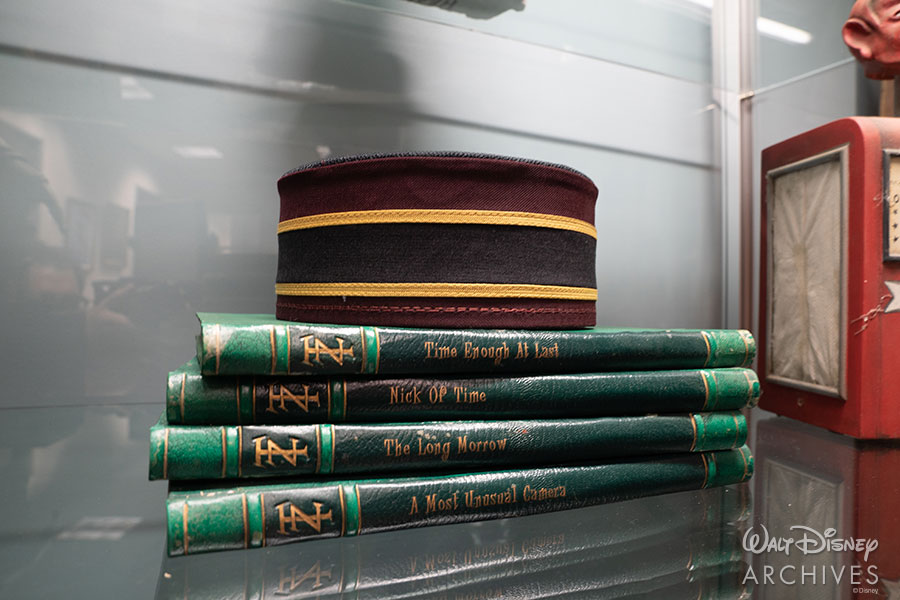 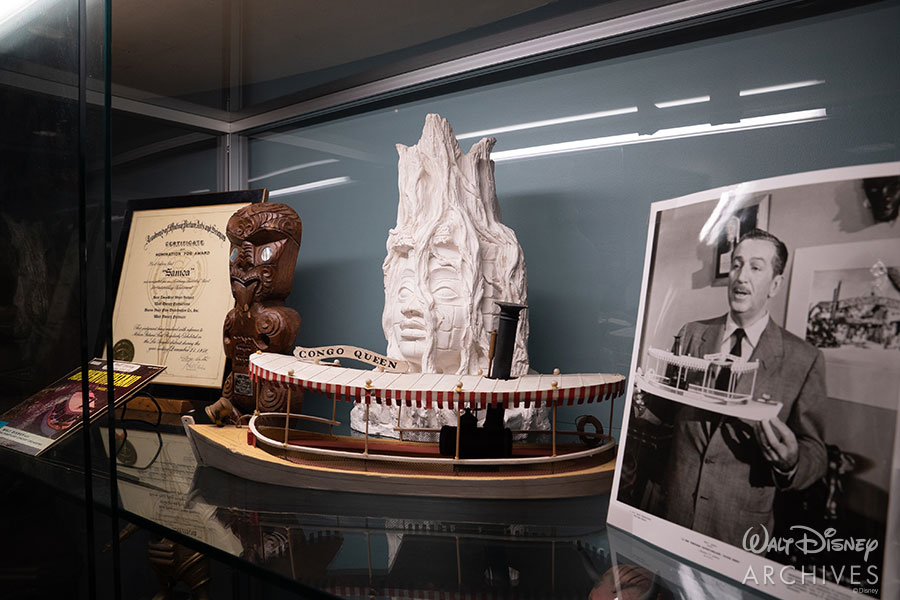 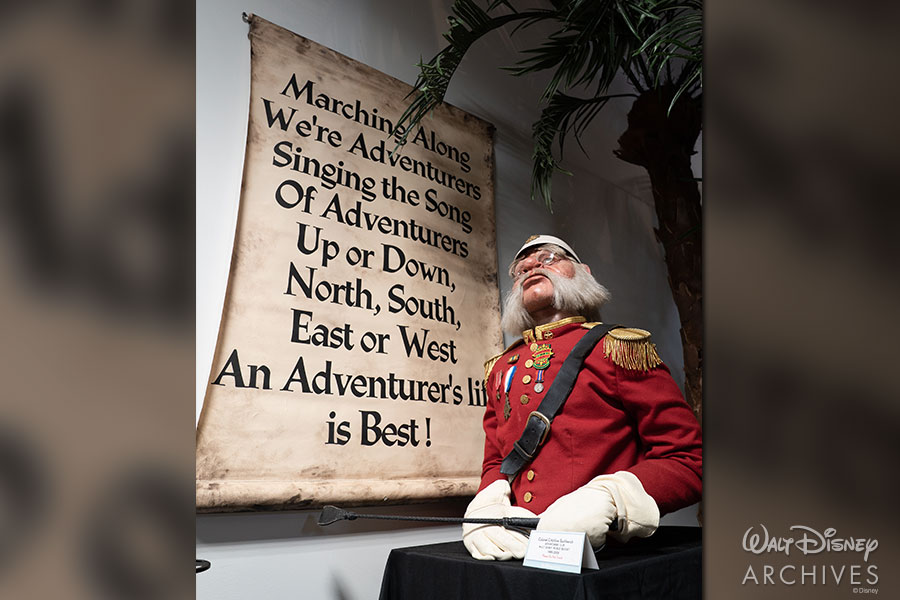 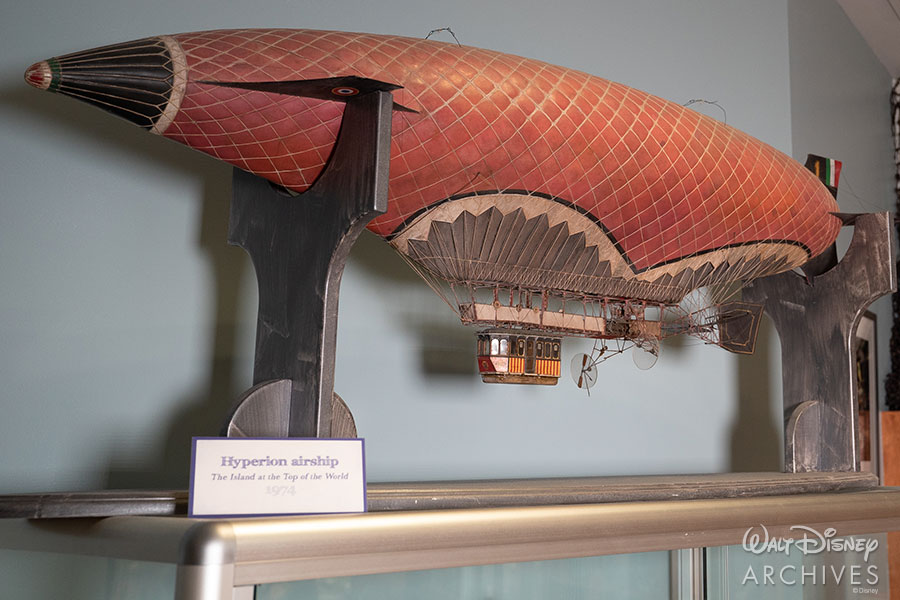 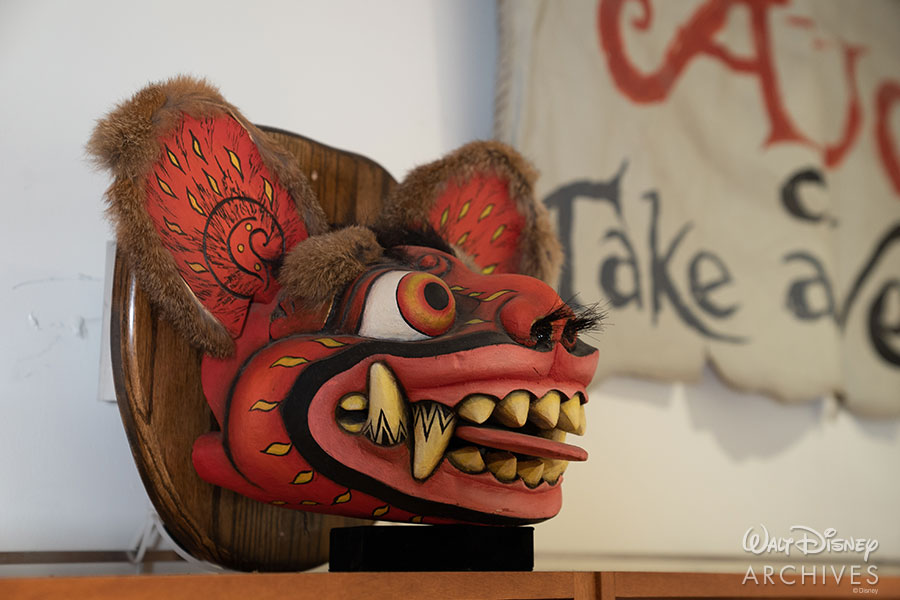 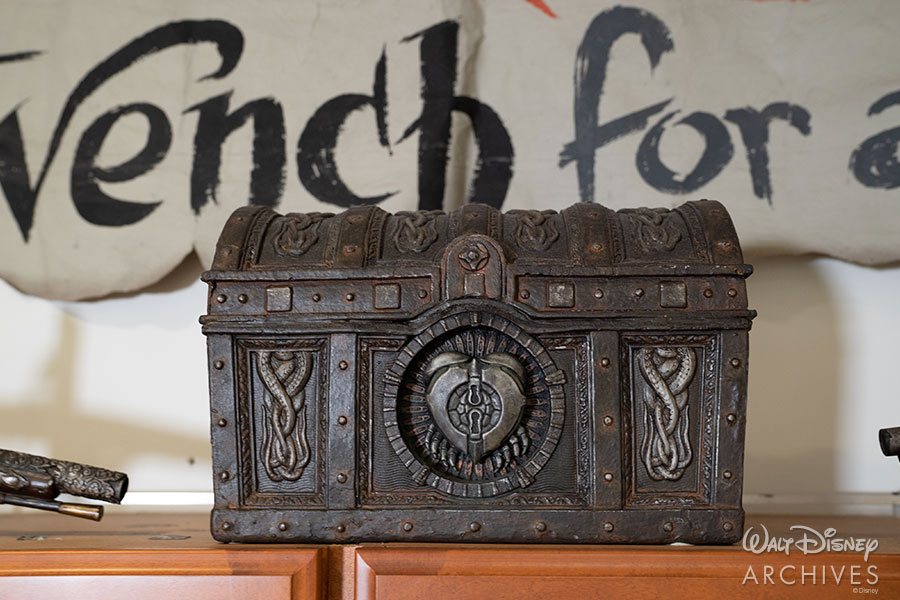 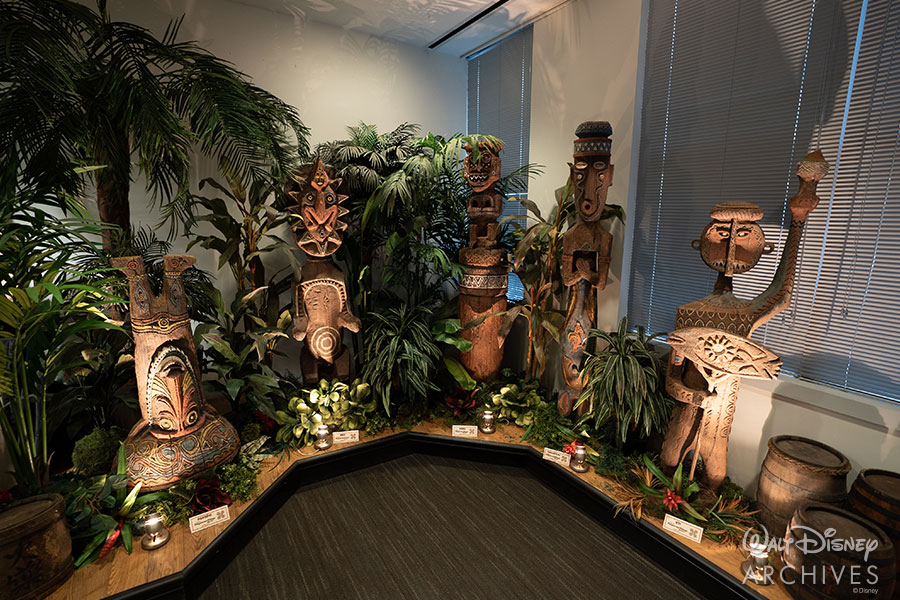 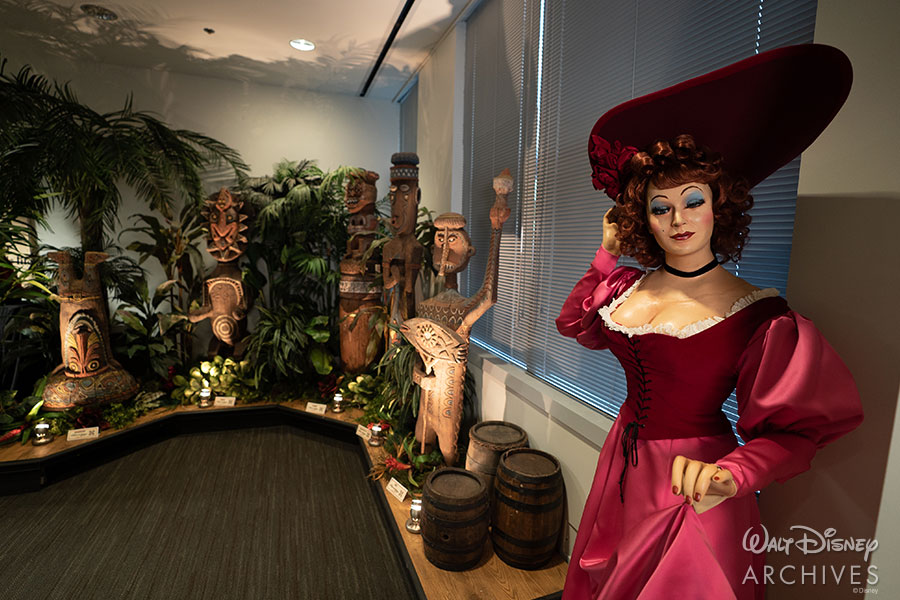