What’s not as well known is that October 1 was not officially the grand opening.

When Disneyland opened in 1955, things did not run smoothly, to say the least. Legendary stories survive such as the one about ladies’ heels sinking into the melting asphalt, and lesser-known tales such as when the future President of Disneyland, Jack Lindquist, waited 45 minutes for his young son to return on the Canal Boats of America. In 1971, the folks at Disney were not going to take any chances in Florida, so although the new resort would open on the 1st, the official grand opening would occur on October 25, giving them ample time to work out any kinks.

On that day, Roy O. Disney delivered the dedication speech, which included the following words:

“Walt Disney World is a tribute to the philosophy and life of Walter Elias Disney . . .

. . . and to the talents, the dedication and the loyalty of the entire Disney organization that made Walt Disney’s dream come true. May Walt Disney World bring joy and inspiration and new knowledge to all who come to this happy place… a Magic Kingdom where the young at heart of all ages can laugh and play and learn—together.”

While the grand-opening festivities occurred later that month, today is indeed a day of historical significance… the anniversary of that magic day when Walt Disney World Ambassador Debby Dane Browne led the first guests into the Magic Kingdom, and the first day the public was able to experience a Disney Resort as it began its journey to become the premier family destination in the world. 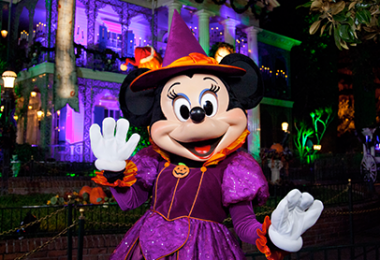 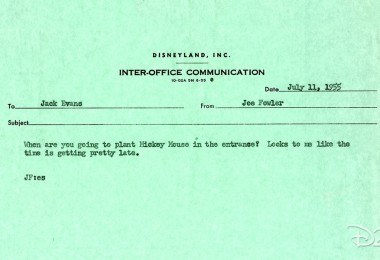