It’s your passion for Disney . . . that keeps the magic alive

Upstairs, fans reveled in the Treasures of the Walt Disney Archives exhibit, which showcased never-before-displayed props and costumes from Disney films and TV shows and some of Walt’s personal artifacts. Meanwhile, in the 4,000 seat D23 Arena, Disney President and CEO Bob Iger kicked off the festivities, then turned over the stage to the 2009 Disney Legends ceremony, held for the first time off Disney property. As amazing as it all was, what really made the first day of the D23 Expo—and the three days that followed—so successful were the fans.

As Bob said on that first day, “It’s your passion for Disney, your respect for our legacy, your fond nostalgia for our past, and your anticipation of more fun in the future that make all of this work—that keeps the magic alive.” 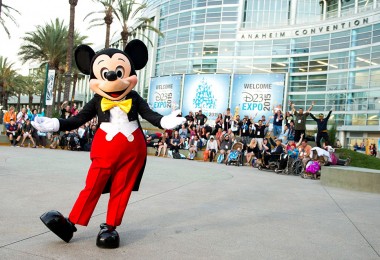