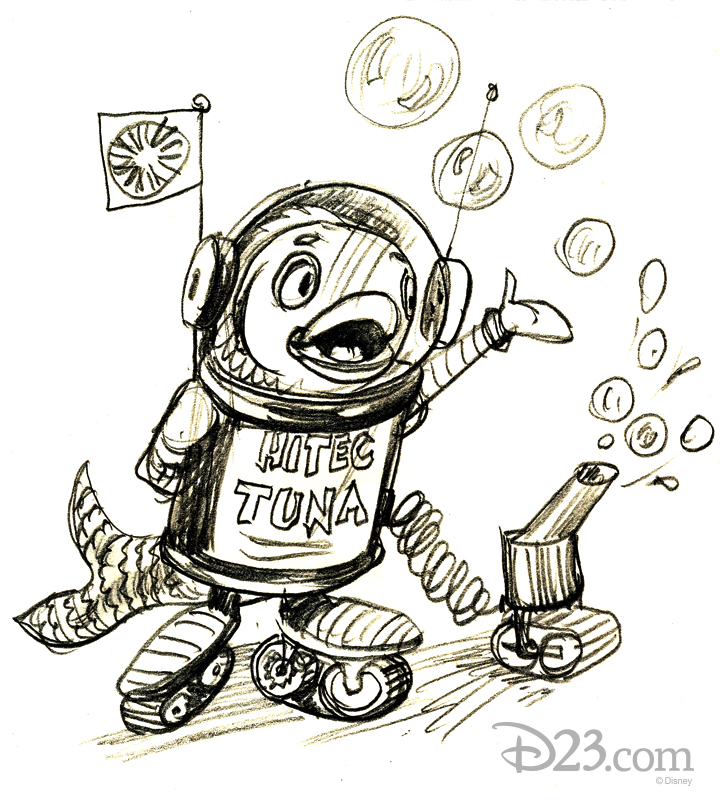 Success can be a double-edged sword sometimes; your creation might be so popular that people demand you revisit it again and again.

This is a problem that Disney Imagineers faced after Epcot opened, when the Figment and Dreamfinder characters from Journey into Imagination proved to be instant stars. Suddenly, the sponsors of other pavilions wanted characters similar to the loveable duo. 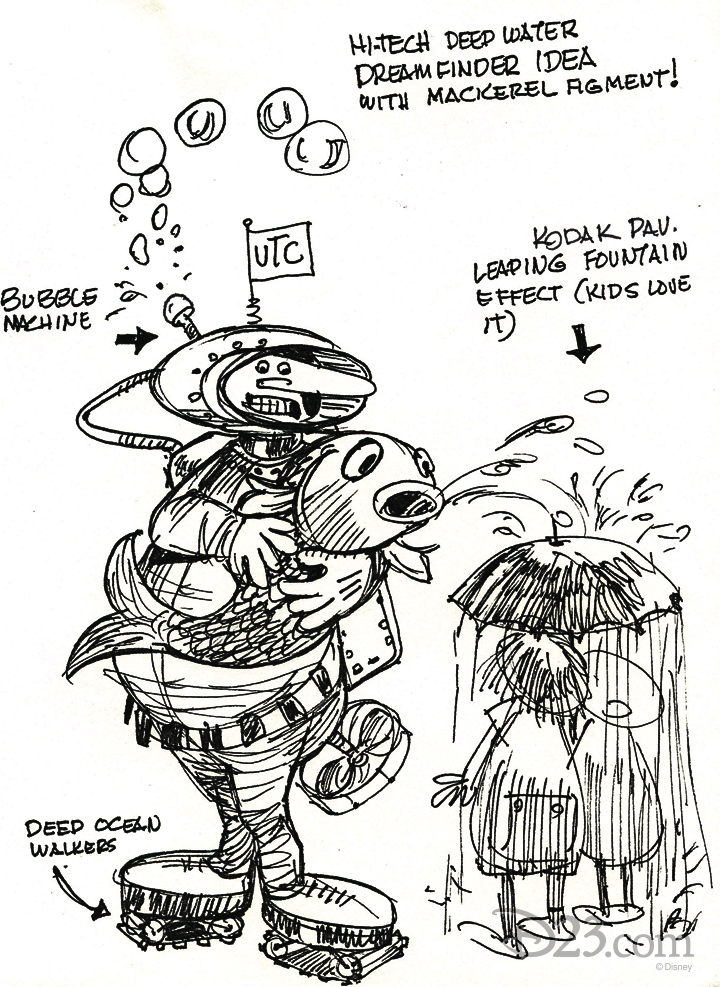 When United Technologies signed on to sponsor a Seas pavilion for Epcot in 1983, one of their requests was for the pavilion to have a pair of host characters—just like Dreamfinder and Figment. Imagineer Hench, perhaps not keen on merely repeating past successes, scribbled in the margin of a meeting memo, “Here we go again!”

This request led to a bout of inspired silliness from the Imagineer—maybe it was a slow day at the office?—when he sketched these hilarious proposals for two new characters: Captain Saltyhinder and his mackerel sidekick. Saltyhinder is portrayed as a sea captain or deep-sea diver, greeting park guests and spraying children with water. 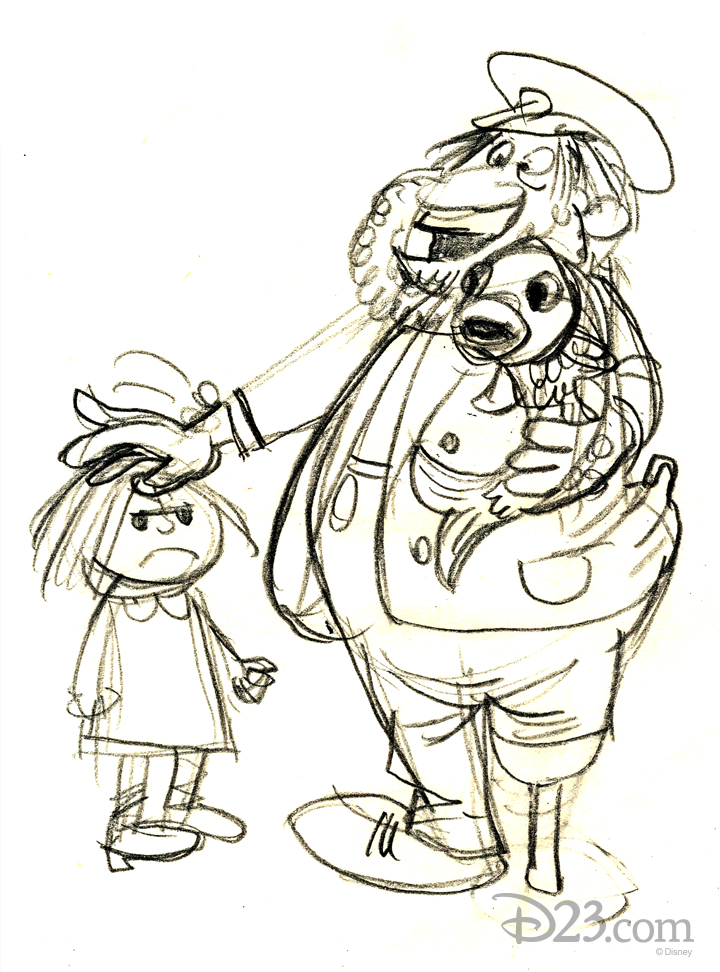 Needless to say, these ideas didn’t make it off the drawing board. The Living Seas opened in 1986 as a very serious trip to Seabase Alpha, with nary a “mackerel Figment” in sight.