A Goofy Movie debuted in theatres in 1995, and since then, it’s become a bona fide “fan favorite.” To celebrate its 20th anniversary this year, key members of the voice cast—Disney Legend Bill Farmer (Goofy), Jason Marsden (Max), Jim Cummings (Pete), Rob Paulsen (P.J. Pete), and Jenna von Oy (Stacey)—joined screenwriter Jymn Magon for a jubilant panel in Stage 28 at D23 EXPO 2015. Hosted by famed Disney producer Don Hahn, the panel also featured special video messages from several other members of the cast—including Wallace Shawn (Principal Mazur) and Pauley Shore (Bobby)—and the film’s director, Kevin Lima (who later went on to direct Tarzan and Enchanted). Judging by the reaction of the capacity crowd over the entire hour, this particular panel might be a “fan favorite” of D23 EXPO 2015 itself! 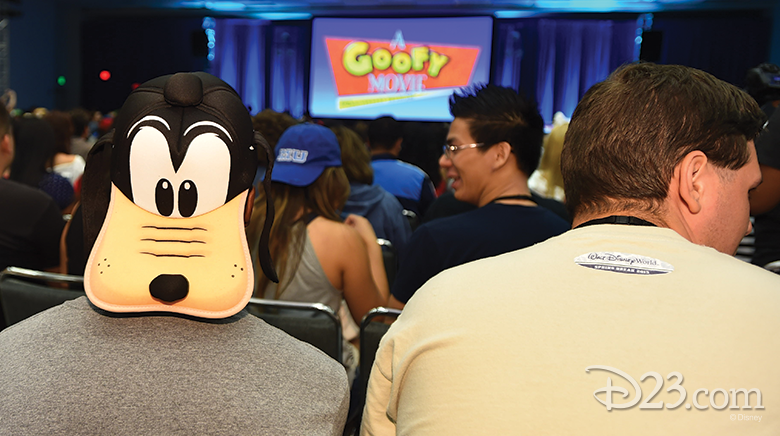 Despite his charges’ attempts to thwart the discussion with hilarious asides and impressions (including a short but memorable “Christopher Walken”-off between Bill, Jim, and Rob), Don managed to uncover what makes the film so special: its heart. As Jenna explained, “You don’t expect the movie to be so emotional, to have that undercurrent of love coming through.” “So many people come up to me and say the movie changed their relationship with their dad, that they play the songs on a road trip,” Bill said. He recalled taking his then-5-year-old son to see a screening of the film—and as they left, he noticed his son crying. “He told me, ‘When Goofy went over the waterfall, I thought that was you!’ That’s when I knew the movie had great heart.”

Several other rare behind-the-scenes tidbits were shared during the panel. Bill revealed he spent 43 days over two and a half years recording his lines for the film—some of which were done alone, and others with Jason and Jim. Rob admitted that the best stuff comes from more collaborative recording sessions; “A high tide raises all boats; you just get better.”

“I didn’t know the depth of love for this film. It’s absolutely astonishing. It really did change my life.”

Perhaps the most memorable moments came towards the panel’s end, when Don told the fan-filled crowd that they were going to “right a wrong.” Despite the fact that Jason can, indeed, sing, another actor named Aaron Lohr provided Max’s singing voice for the movie (which featured many great songs by writers Jack Feldman and Tom Snow). However, for the assembled crowd at D23 EXPO 2015, Jason took the mic alongside Bill and performed a song from the film, “On the Open Road.” But that wasn’t all; as the finale to an already memorable panel, Don welcomed R&B singer Tevin Campbell (the singing voice of the film’s resident pop star, Powerline) to perform A Goofy Movie anthem “I 2 I”!

Judging by the final two-minute-long standing ovation, A Goofy Movie will enjoy many more decades of popularity. As Rob admitted, “I didn’t know the depth of love for this film. It’s absolutely astonishing. It really did change my life.” 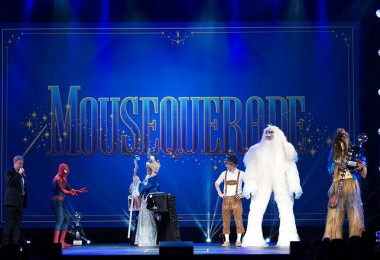 Celebrating Fashion and Fandom at Mousequerade