When it comes to challenging babysitting gigs, Gabby Duran has got it covered. Forget crying babies or toddler tantrums. When her charges drink soda, her concern isn’t a sugar high but the possibility that the kid she’s watching might actually explode. Gabby’s ability to remain calm in situations where the fate of the universe is literally in her hands, not to mention the trust she’s earned by keeping her alien employers’ identities a secret, has cemented her status as best babysitter in the galaxy. A new season of Gabby Duran & the Unsittables kicks off Friday, June 4 (8:50 p.m. EDT/PDT), on Disney Channel and DisneyNOW, and star Kylie Cantrall is thrilled for fans to see how the show—and Gabby—have evolved. 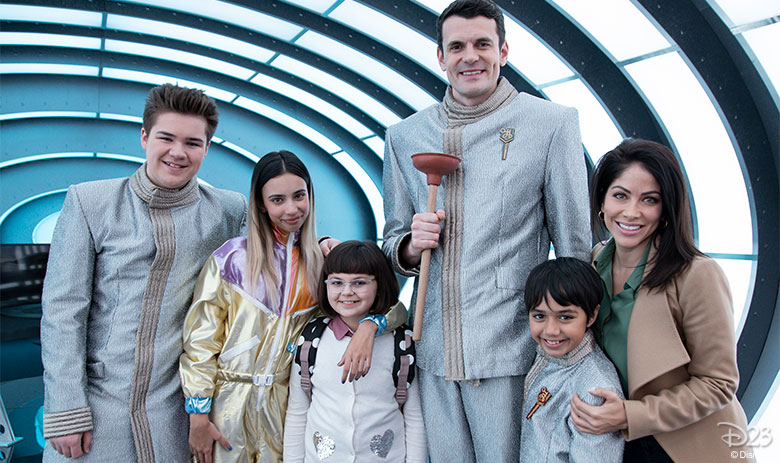 “This isn’t her first rodeo,” Cantrall says as Gabby embarks on a new season of babysitting adventures, having already mastered blocking purple slime and quieting a screeching Vibra-Bird in season one. “I can’t say that Gabby is perfect in season two. She still messes up quite a bit—that’s just her nature. But I think she’s coming at the world of babysitting from more of a pro standpoint,” she says.

Season two will find Gabby facing bigger challenges of both the alien and the middle school varieties. “Either one of those worlds is already challenging on its own,” Cantrall acknowledges, noting that Gabby’s unique babysitting gig forces her to be a leader who’s quick on her feet. “But she also has to be quick on her feet when it comes to school, with gossiping and all that stuff that comes with being in middle school,” she points out. “You have to stand your ground and stand up for yourself.” 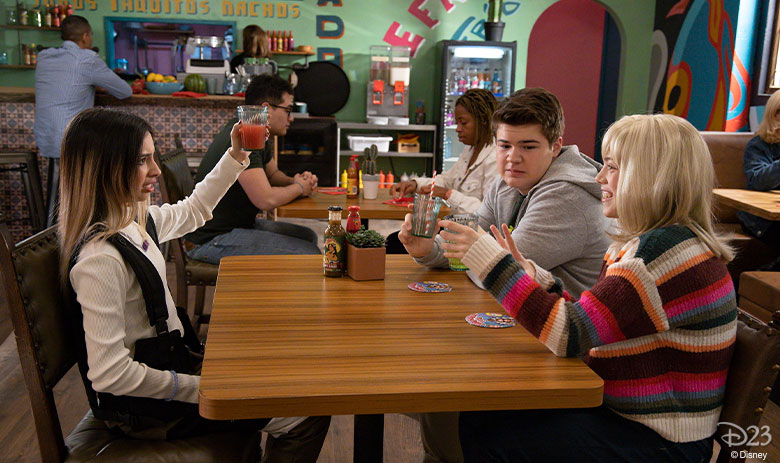 The new season begins immediately after a cliffhanger that finds Gabby’s mom, Dina, on the verge of learning her daughter’s secret. And with the help of her alien friends, Gabby will have to go to extreme measures to keep Dina from quashing her out-of-this-galaxy babysitting career. We won’t spoil what happens, but Gabby’s efforts involve an emotional trip down memory lane that includes actual home videos featuring a much younger Cantrall. She shares, “It’s such a beautiful scene. That was definitely one of my favorite scenes to film.”

Of course, given the purple slime and the highly entertaining assortment of alien babysitting charges Gabby encounters, Cantrall’s time with Gabby Duran & the Unsittables has included so many memorable scenes to film, many of which involve visual effects. “A lot of the time with our show, we’re not actually working with the other actors because we get such tight angles that they wanted to keep that eyeline close to camera,” Cantrall explains, revealing that the actors sometimes find green tennis balls or pieces of tape as their scene partners, with alien effects added during post. “We actually have these little stickers of everyone’s face that we put on the camera,” she reveals. “It’s fun when you see the final product and you see how it turns out… That piece of tape that I was working with now looks like an awesome blob. It’s so cool to see it at the end.” 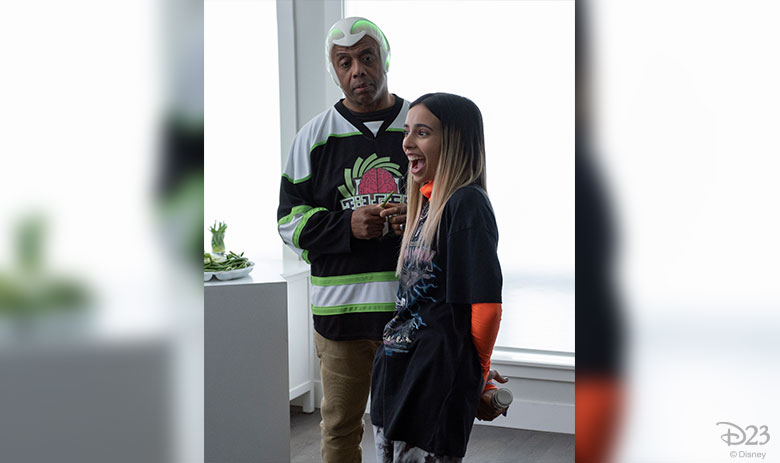 From making TikToks with her Gabby Duran & the Unsittables family members Coco Christo (who plays little sister Olivia) and Valery Ortiz (who plays mom Dina), to being splashed with slime, Cantrall is having a blast filming the series. But she’s also proud of the message that the character and the series bring to young viewers. “I just think she’s such a good role model. She stands up for what she believes and she never takes no for an answer. She’s a great friend and sister. And she can kick some alien butt when it comes to using the Ancient Hammer of Gwargwar,” Cantrall notes—and the actress is happy to let fiction influence real life. “To see a young Latinx woman be so in charge and such a great role model is really inspiring to me,” she shares. “I’ll find myself in situations in my everyday life where I’ll be like, ‘What would Gabby do?’”

And Cantrall hopes that viewers find themselves asking that same question, and that they follow Gabby’s lead in celebrating what makes them unique. “I think that’s the main message of the show, just being OK with who you are and embracing what makes you different,” she says. “I hope the show inspires everyone to embrace themselves in every aspect, because that’s the most important thing.”