When the Haunted Mansion was being developed for Disneyland, Walt Disney asked Imagineer X Atencio to help develop the storyline for the attraction. He even wrote the now-famous lyrics to the iconic theme song, “Grim Grinning Ghosts.” As a fun homage to the Imagineers who helped create the Haunted Mansion, X wrote epitaphs for the tombstones featured outside the attraction in the queue area– including one for himself that used his full name: Francis Xavier.

When the attraction later opened in the Magic Kingdom Park at Walt Disney World Resort, the tombstones were again created using the same molds as their Disneyland counterparts. Years later, the original fiberglass tombstones from Florida’s Haunted Mansion were replaced with real stone versions—leaving the original tombstones to be proudly preserved by the Walt Disney Archives.

Don’t miss seeing the original versions from Magic Kingdom in our exhibit “Inside the Walt Disney Archives: 50 Years of Preserving the Magic” which officially opens this weekend at the Bowers Museum! 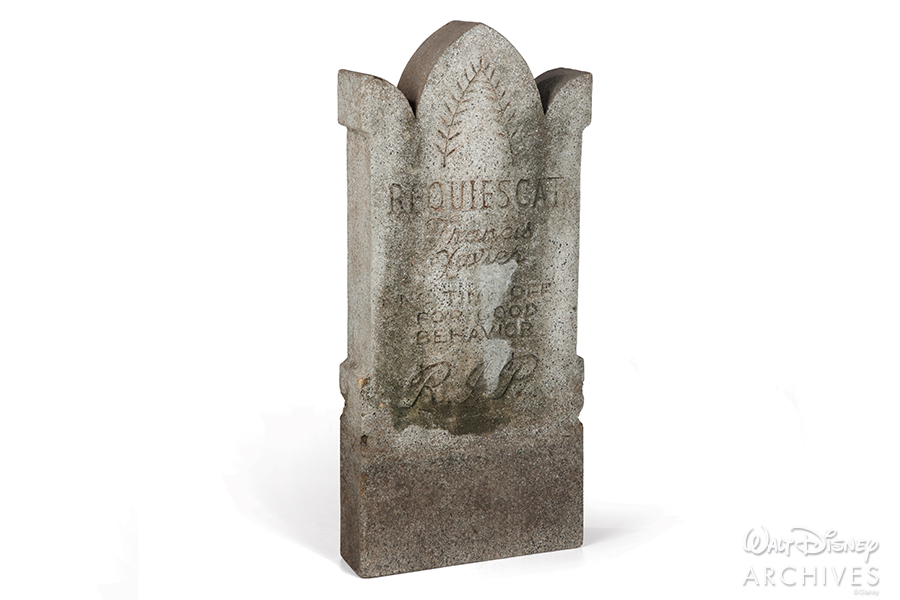 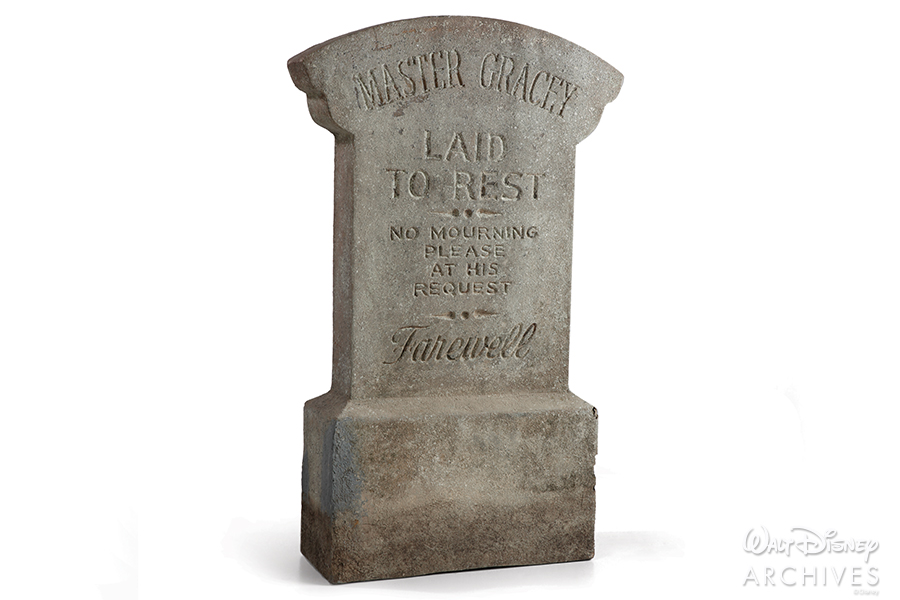 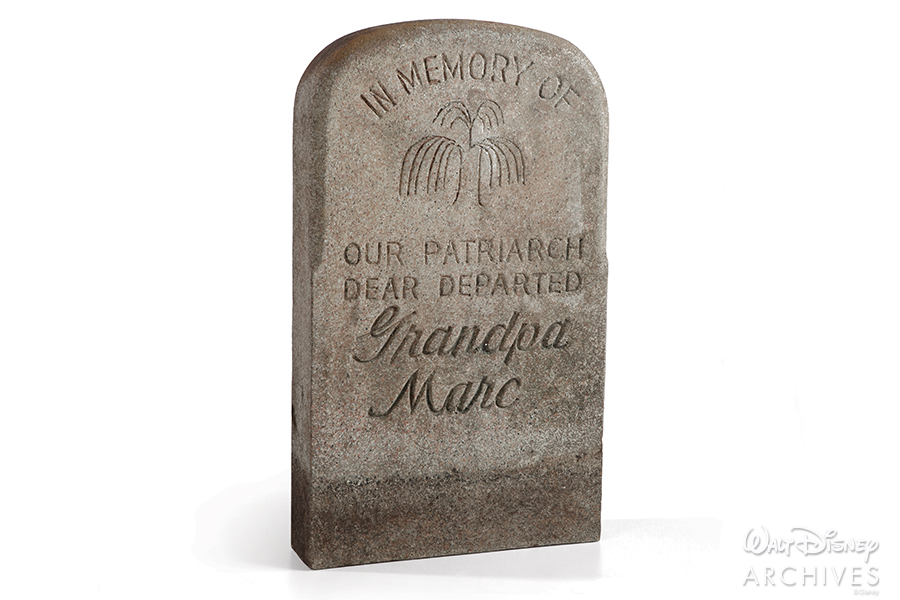 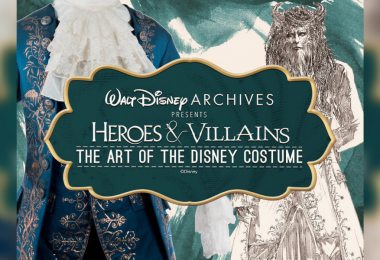