Home / Walt Disney Archives / ARCHIVES SPOTLIGHT / Get Those Puppies! One Hundred and ...

Eighty-four. Add fifteen, plus two. A hundred and one! Released on January 25, 1961, One Hundred and One Dalmatians is an adaptation of the children’s novel The Hundred and One Dalmatians by Dodie Smith. In writing the screenplay, story artist Bill Peet “decided to start the narrative from the dog’s point of view” and notably, the tale is set in contemporary London—a contrast to preceding Disney films that took place in earlier times or fairytale realms.

The film’s aesthetics reflected the larger turn in animation towards a more modern, graphic style with stylized, angular characters and loosely detailed backgrounds. As historian Charles Solomon writes in his essay about the film in The Walt Disney Film Archives, The Animated Movies: 1921–1968 (Taschen, 2016), this “crisp new style tied animation not only to contemporary fine art, illustration, and cartooning but also to the modern aesthetic of industrial design.” Most famously, One Hundred and One Dalmatians was the first feature film to rely on the Xerox camera throughout the animation process; prior to this production, animators’ drawings were inked directly onto animation cels, a labor- and time-intensive process. To reduce cost and increase production efficiency, the studio’s technology genius, Ub Iwerks, began experimenting with using Xerox photography in animation. By the end of the 1950s, he had successfully created a Xerox system that transferred animators’ pencil drawings directly onto cels, maintaining the energy and lines of their work. For a film that involved 6,469,952 spots on Pongo, Perdita and the 99 puppies, the process was quite helpful for directing animator Eric Larson and the rest of the animation team during the three-year production!

Despite these innovations, Walt Disney was quick to cool on the finished film. As Solomon later highlighted, in Ken Anderson’s words, “Walt never liked the visibility of the lines […] he wanted people to believe that these things were not drawings, that these things were actual people. His whole drive had been in that direction.” However, One Hundred and One Dalmatians was a massive critical and commercial success for the studio and went on to earn over $10 million during its initial release. In light of this beloved, nay, “paw-fect” legacy, please enjoy images from the making of this fabulous film and more from our collections and check out One Hundred and One Dalmatians on Disney+!

Play One Hundred and One Dalmatians 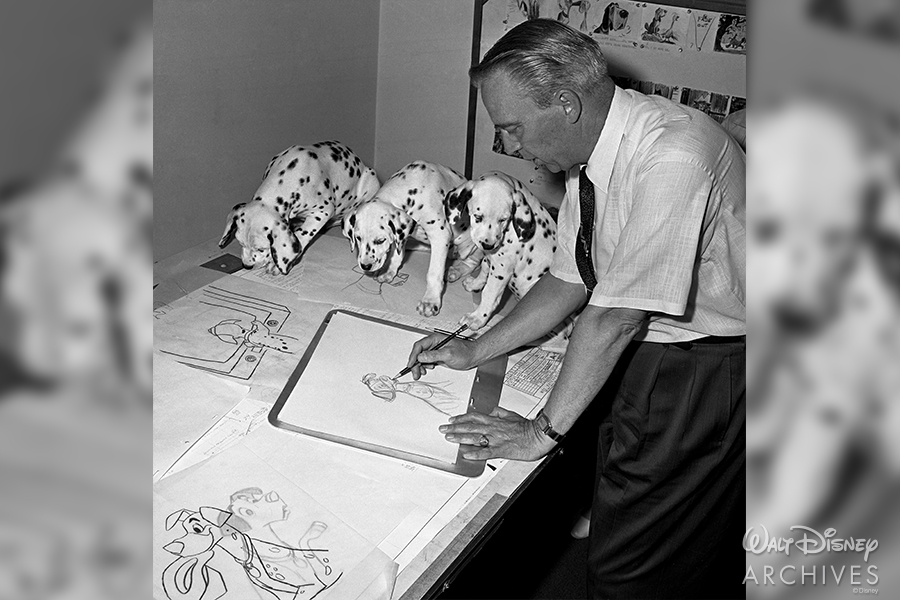 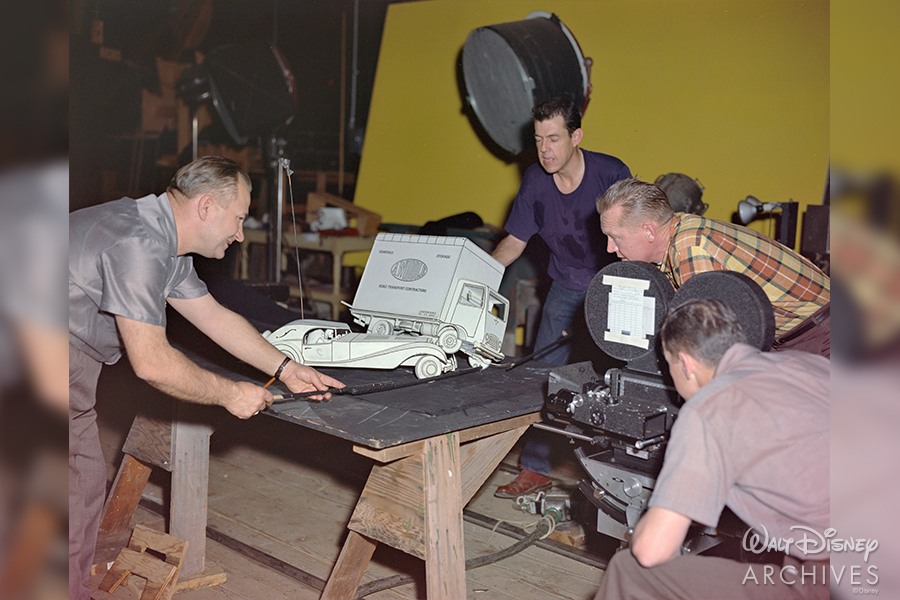 At the suggestion of Ub Iwerks, animators built and photographed scale models of Cruella De Vil’s car and the lorry to reference when animating the climactic car chase sequence. 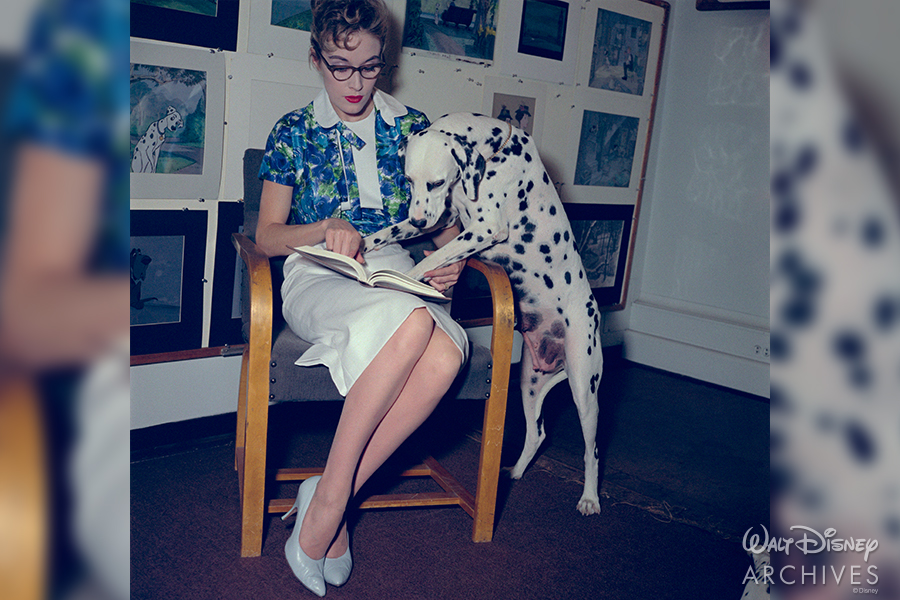 Lisa Davis, voice of Anita Radcliff, reading to one of the production’s furry friends. Davis originally read for the role of Cruella De Vil, but concluded she was better suited to voice the gentle Anita. 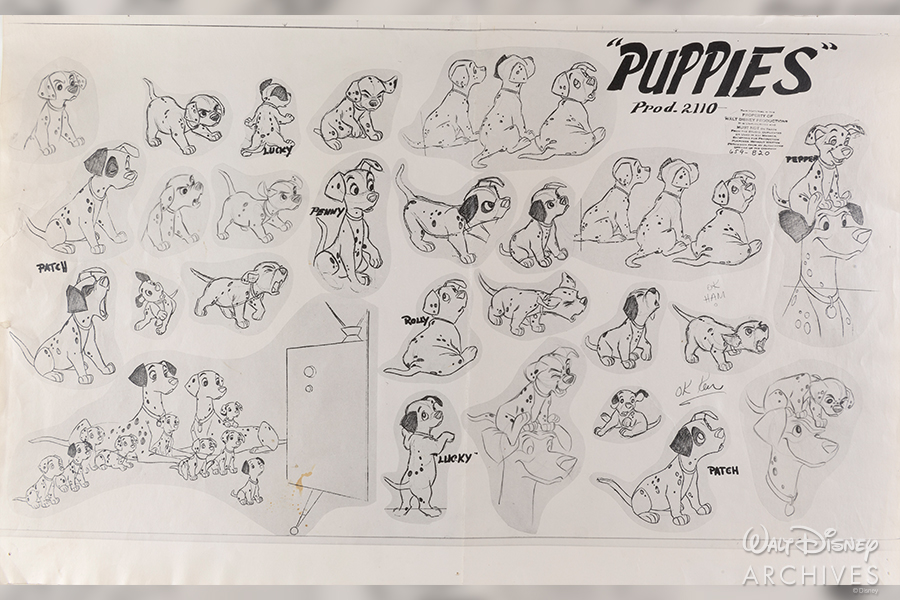 Model sheet for the Dalmatian puppies. 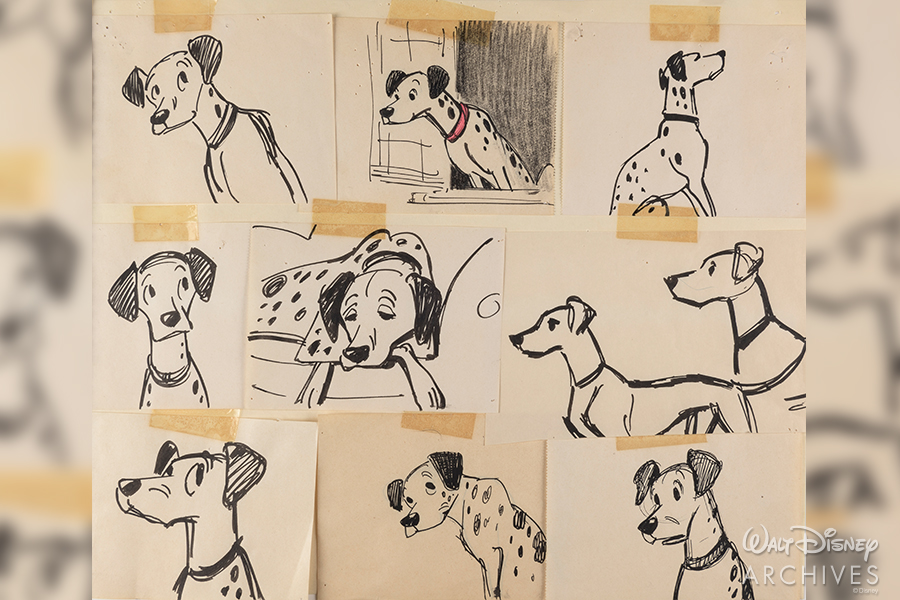 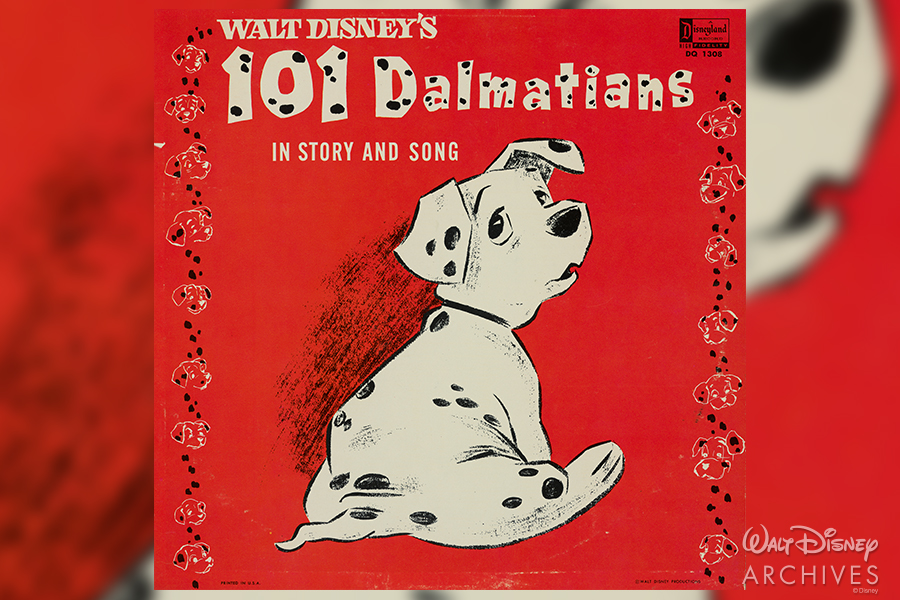