Home / Headlines / Everything to Eat, See, and Do to Celebrate Nighttime ...

As daylight fades on April 22, the Main Street Electrical Parade, Disneyland Forever fireworks, and World of Color will bring even more spectacular magic to Disneyland Park and Disney California Adventure Park. What’s more, the Main Street Electrical Parade, a guest favorite since its debut in 1972, returns with a new grand finale to celebrate its 50th anniversary! On the heels of these illuminating offerings, Fantasmic! —Disney’s longest-running nighttime show—will return to Disneyland on May 28.

Of course, no trip or special event at Disney Parks would be complete without specialty wares and scrumptious munchies to enjoy while you “ooh and ahh” at all the pageantry. From the Parade Macaron at Jolly Holiday Bakery Café to the Light-up Elliott Dragon Premium Bucket, edible embodiments of these illuminated must-sees bring their enchantments to the plate for you to indulge in!

To help you make the most of these colorful evenings, we’ve compiled a list all the things you can eat, see, and do to celebrate with help from our friends at Disney Parks. 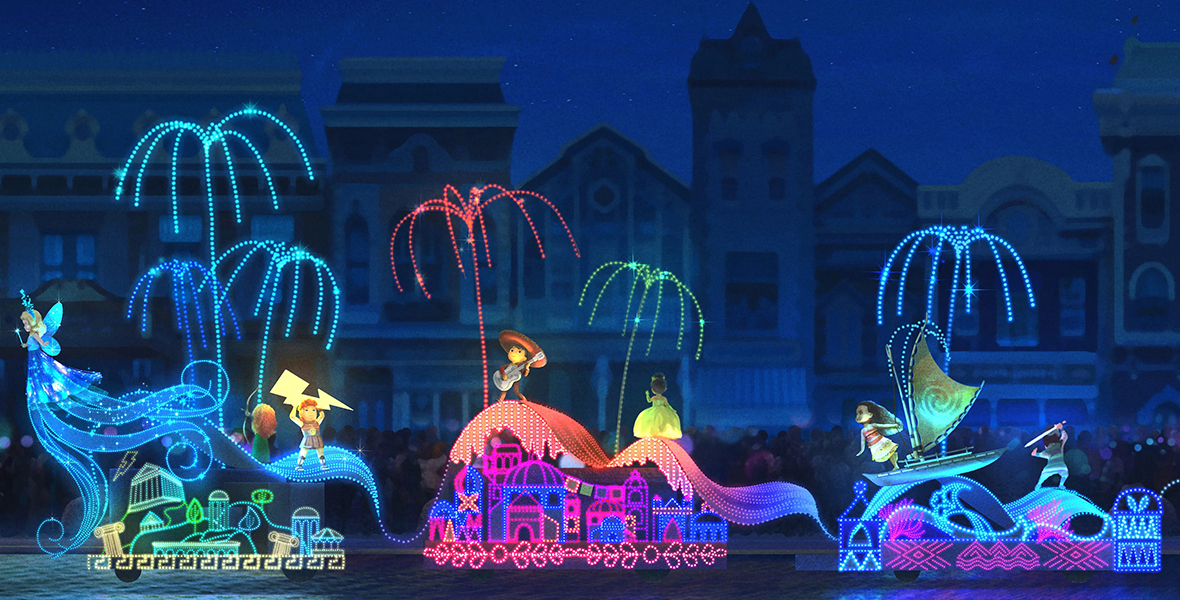 The triumphant return of the Main Street Electrical Parade will feature long-treasured floats, such as the classic Casey Jr. train and drum unit and Elliott the Dragon, and the familiar strains of the electro-synthe-magnetic musical score based on “Baroque Hoedown” by Jean-Jacques Perrey and Gershon Kingsley.

In honor of the cavalcade’s 50th anniversary, Disney Live Entertainment introduced a magnificent, all-new grand finale that celebrates the theme of togetherness.

In a nod to the parade’s storied heritage, the finale will also feature the return of the Blue Fairy from Pinocchio and a unique 19-foot-tall representation of Sleeping Beauty Castle.

Scenes from more than a dozen Walt Disney Animation Studios and Pixar Animation Studios films are depicted in thousands of twinkling lights in one of the grandest sequences in the parade’s history. Beloved characters and scenes from classic and contemporary stories such as Encanto, The Jungle Book, The Princess and the Frog, Raya and the Last Dragon, and Aladdin are sure to delight guests of all ages. 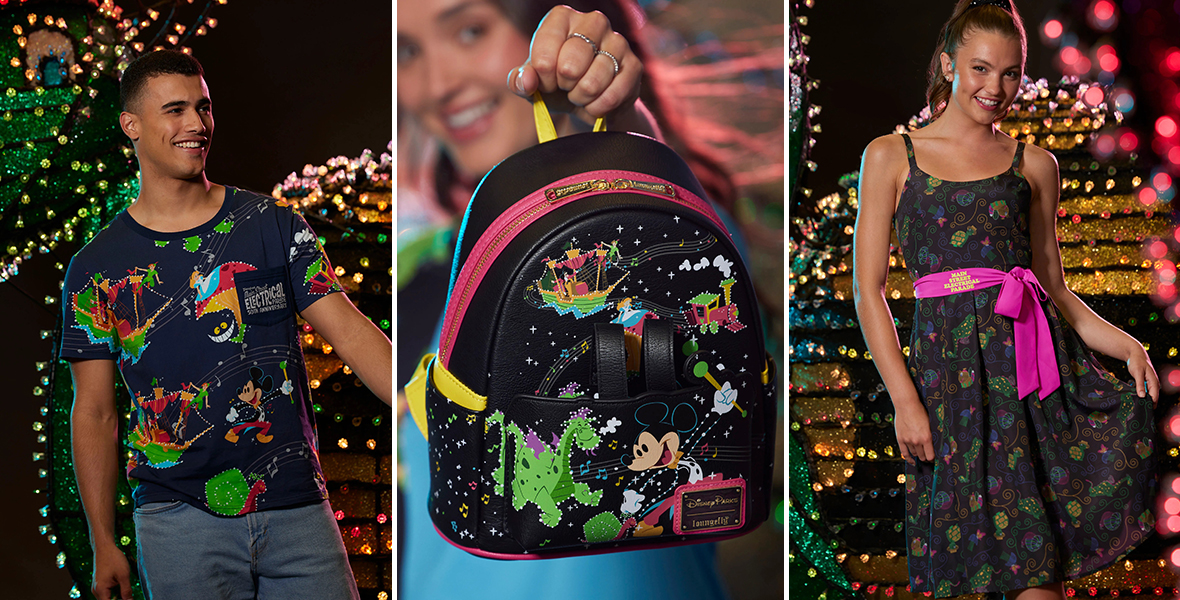 For those who like to wear their adoration on their sleeves, eye-catching new merchandise dedicated to the parade is available at Disneyland and shopDisney. These include options that, quite fittingly, feature glowing ink such as an all-over print T-shirt and leggings. Or choose a dress with glow-in-the-dark accents featuring Elliott the Dragon and a bright pink sash in salute to the timeless spectacle. Accessories include an ear headband and a mini backpack by Loungefly perfect for toting all your park essentials.

Parkgoers will also be treated to the Disneyland Forever fireworks spectacular — a street-to-sky celebration filled with sparkling pyrotechnics and immersive projections that envelop guests in a breathtaking journey with surprising special effects. Main Street, U.S.A., and a few other spots in Disneyland become a magical canvas, transporting guests from an Anaheim orange grove into the worlds of timeless Disney and Pixar stories. Disneyland Forever also features two original songs: the theme “Live the Magic,” and the inspiring closing song “Kiss Goodnight,” written by Richard M. Sherman. 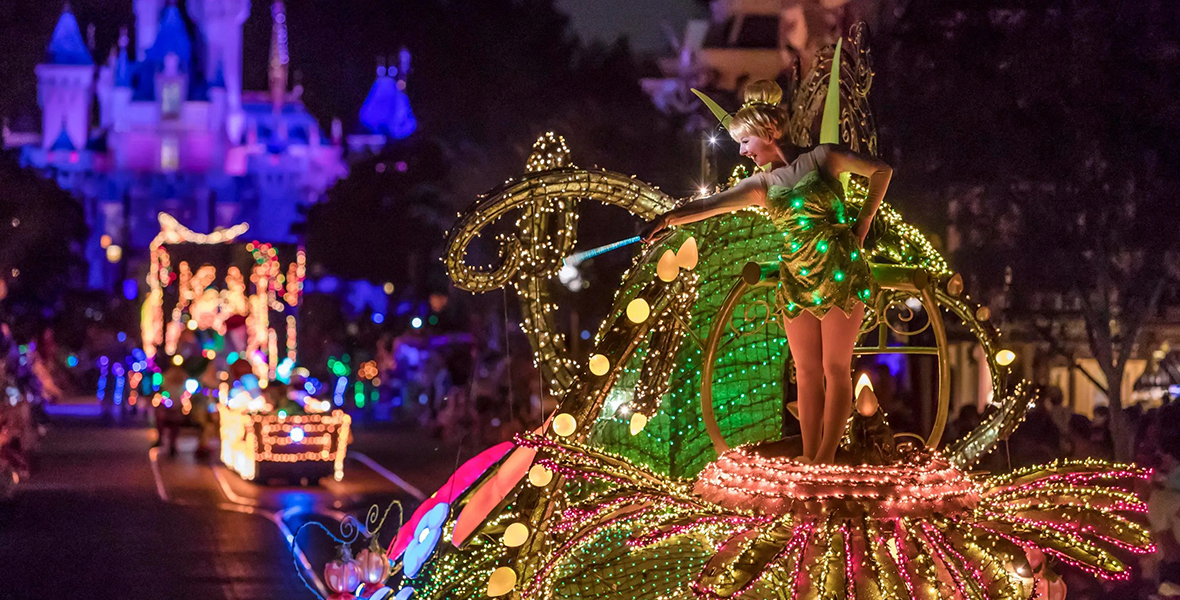 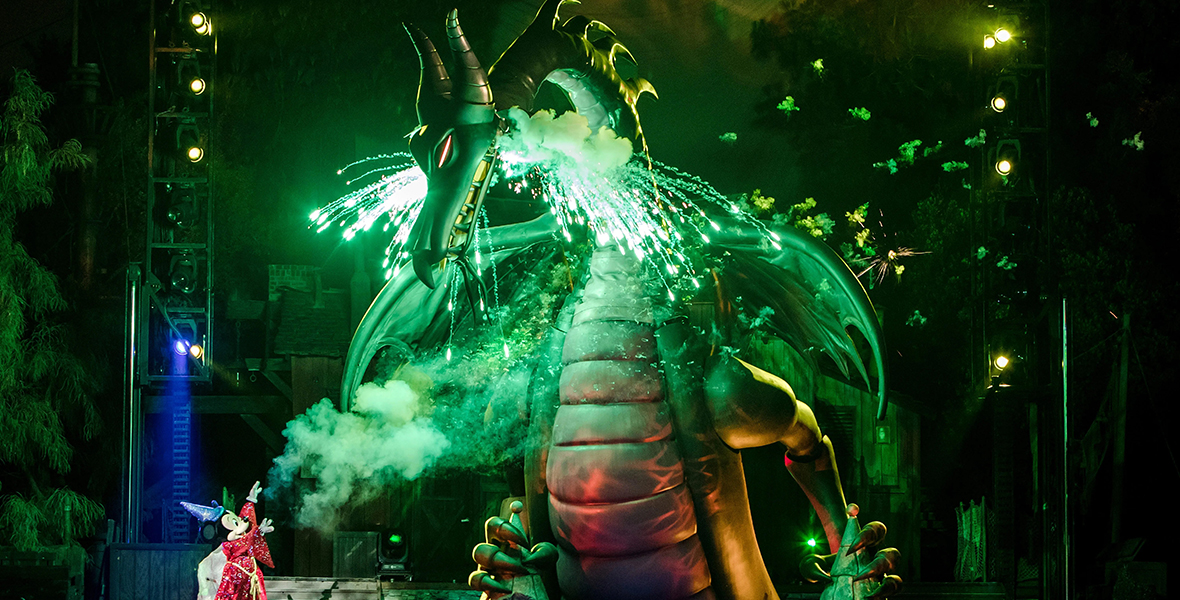 Following these spectaculars, Fantasmic! returns to Disneyland on May 28. Celebrating its 30th anniversary, Fantasmic! offers an emotional extravaganza of colorful Disney animated film images, choreographed to an exciting musical score and highlighted by the 45-foot-tall, fire-breathing Maleficent dragon. The waters of the Rivers of America come alive as Mickey Mouse dreams he is the Sorcerer’s Apprentice and faces some of Disney’s most dastardly villains, using the power of his imagination to save the day. Along the way, fantastic events and images as seen in Disney films—including Fantasia, The Jungle Book, Pirates of the Caribbean, and more—come to life with live performers, character appearances, enhanced special effects, and pyrotechnics.

Foodies can find a bevy of yummy options, from a dining package (with reserved viewing of the parade) at the Plaza Inn to sweet and savory offerings throughout Disneyland Resort, to satisfy cravings while taking in all the electrifying sights and scenes. 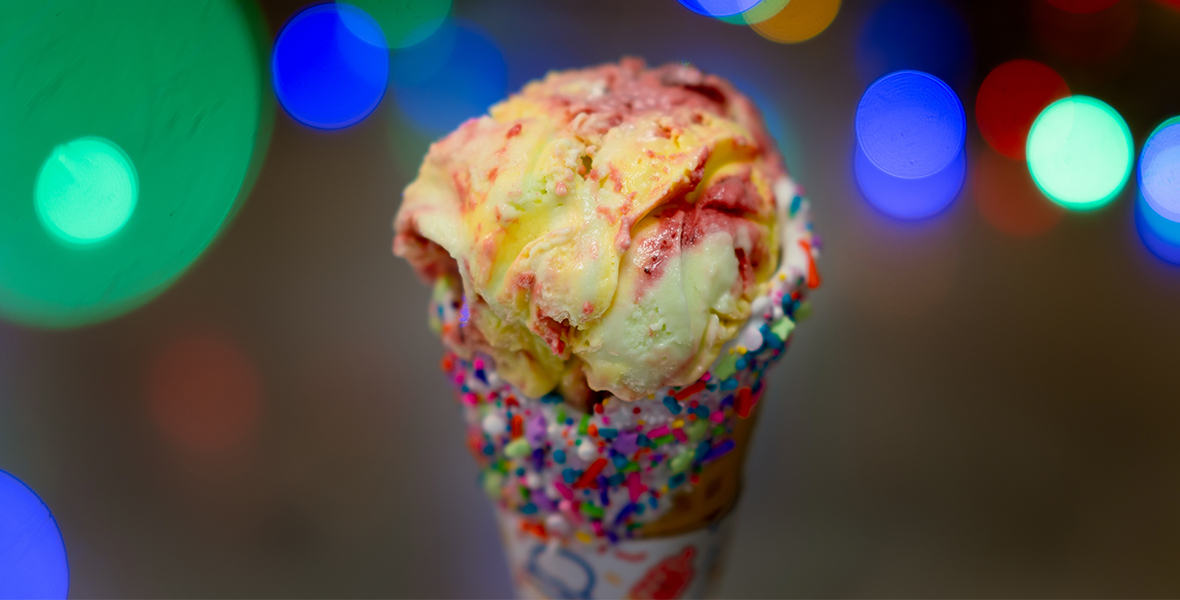 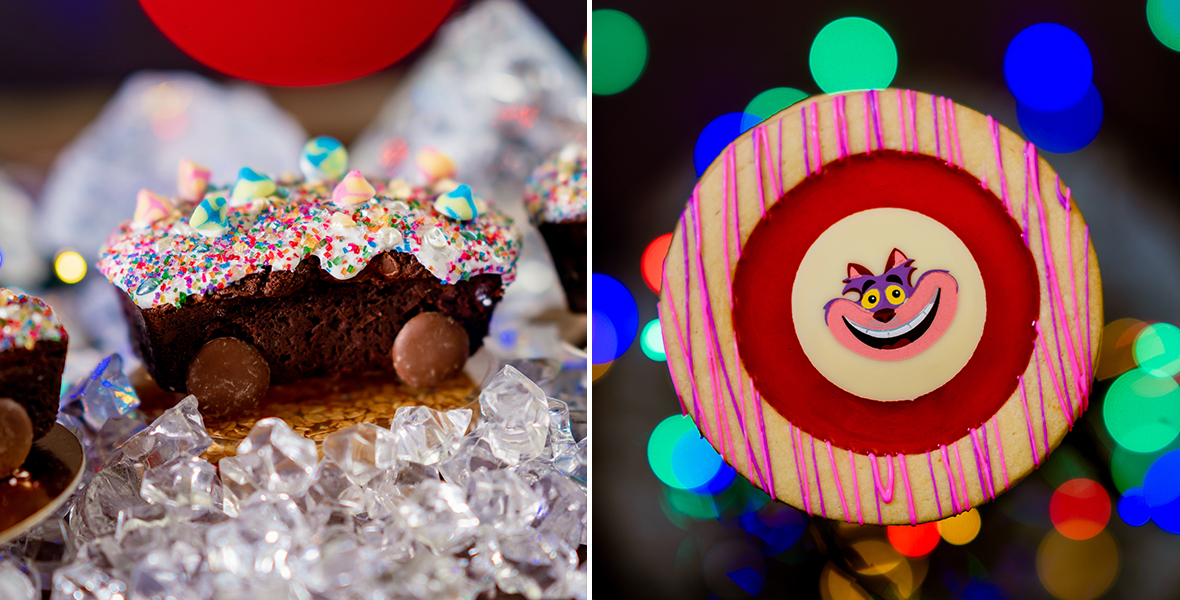 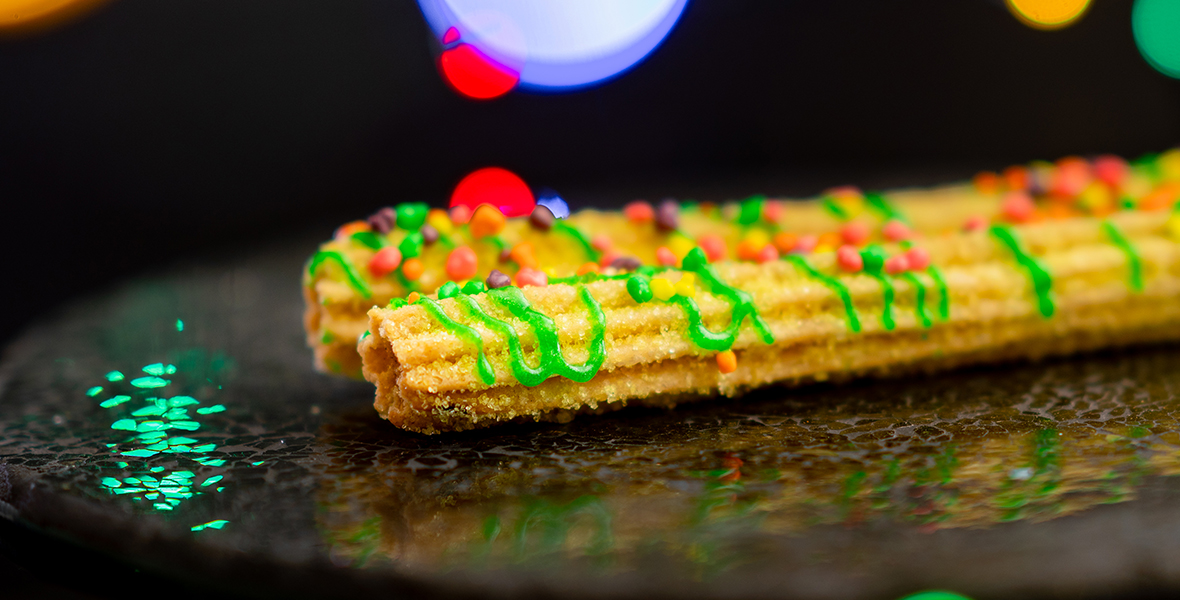 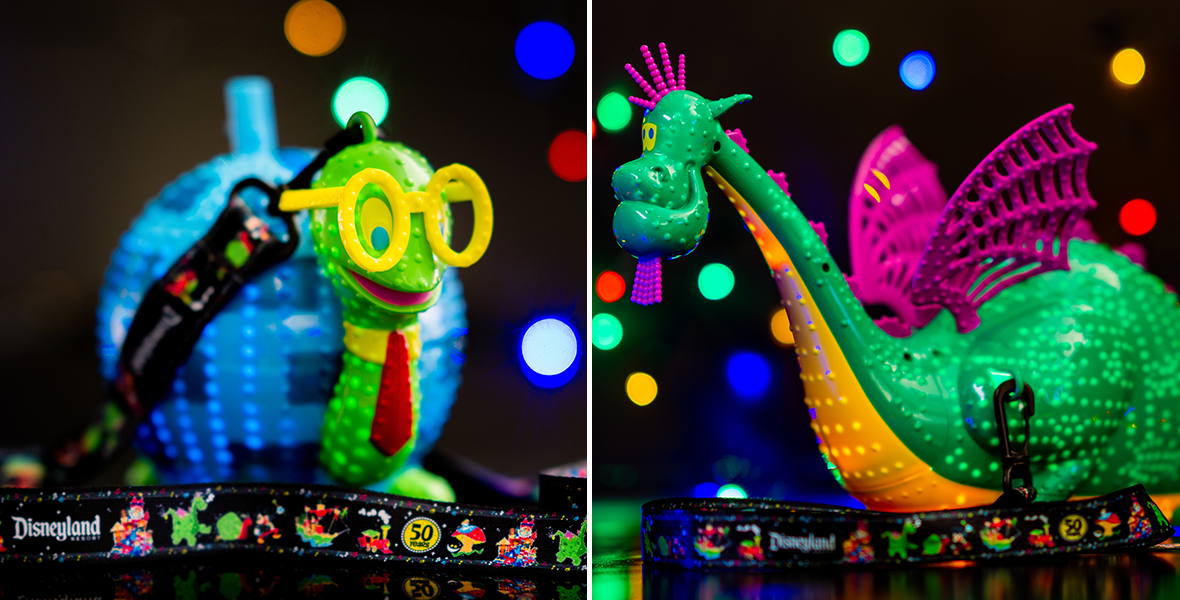 Available at Various Locations Throughout Disneyland Park Throughout the Summer Season: 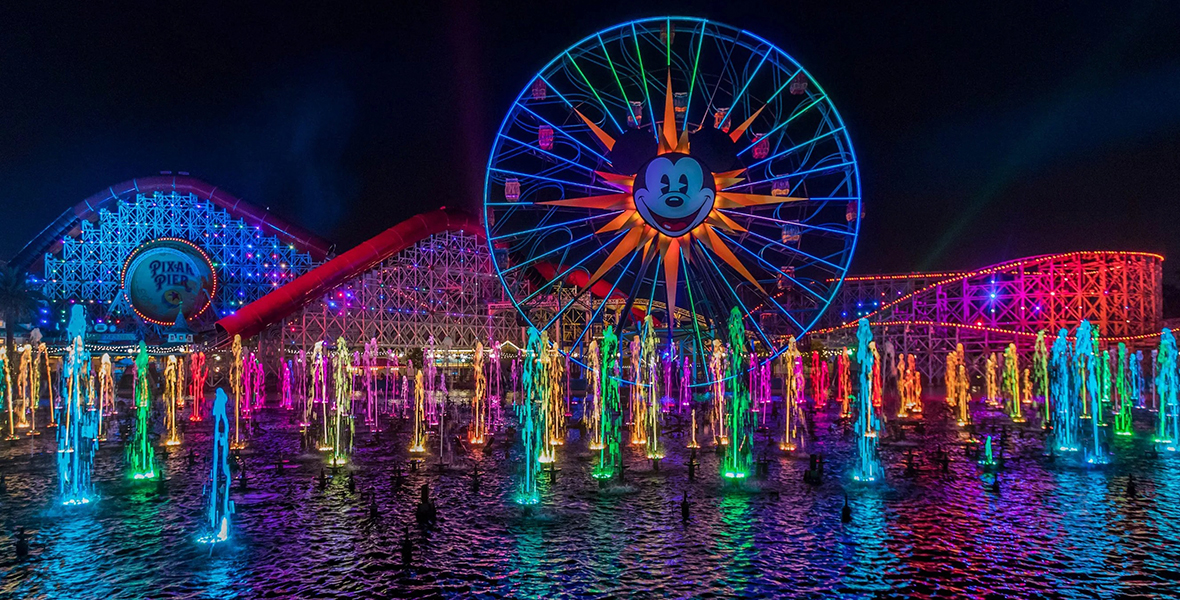 Beginning on April 22, World of Color returns to Disney California Adventure Park, bringing animation to life with the help of powerful fountains that create an immense screen of water. Combining the elements of music, fire, fog, and laser effects with memorable animated sequences, the multi-sensory show immerses viewers in legendary Disney and Pixar stories. These include scenes like WALL-E and Eve zipping through the cosmos, Pocahontas exploring just around the riverbend, and Jack Sparrow battling on the sea. The mega-scale spectacular illuminates all of Paradise Bay, with water reaching heights ranging from 30 feet to 200 feet—higher than the top of Pixar Pal-A-Round! A soaring musical score incorporating familiar Disney melodies and a contemporary version of the 1960s TV theme for Walt Disney’s Wonderful World of Color accompanies the stunning display.

There are several delicacies celebrating this reopening for parkgoers to enjoy. 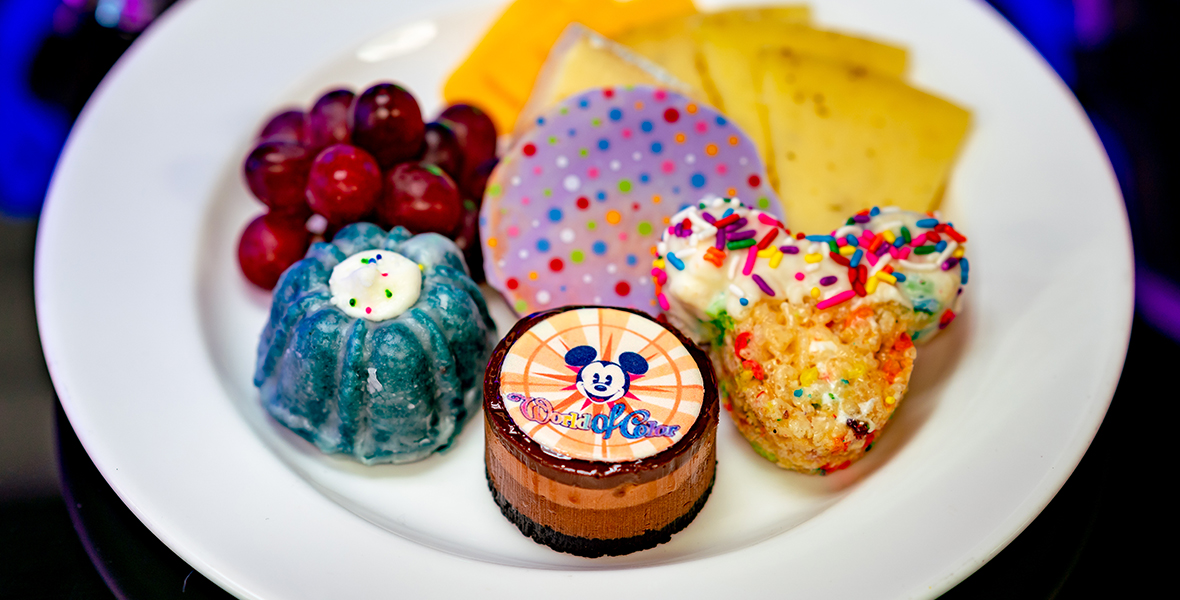 Be sure to check out the Disneyland Resort app to stay up to date on the latest nighttime entertainment and schedules, as well as food and merchandise at Disneyland.com and the Disneyland mobile app.