On July 18, exactly 60 years from the day Disneyland first opened to the general public, 400 D23 Members and their guests gathered inside the Opera House on Main Street, U.S.A. in the Great Moments with Mr. Lincoln theater to celebrate 60 magical years of making dreams come true at D23 Celebrates Disneyland, U.S.A. Past and present Disney Imagineers, archivists, and other special guests told fascinating stories, shared insights, and presented newly discovered information about “Walt’s Park,” topped off by a screening of the beautifully restored Disneyland, U.S.A., a 1956 “People and Places” featurette that provides a dazzling aerial view of the park as it appeared that year and picturesque tours through each of its iconic lands.

D23 Members had the opportunity to hear fascinating stories and insights from the renowned panelists. When asked if Opening Day was as hectic as it’s usually described, Marty deadpanned that “it was worse!” Jack Lindquist said his favorite Disneyland attraction is Marty Sklar, whom he started working with in the 1950s when they both had offices inside City Hall. For her part, Kim Irvine’s favorite part of Disneyland is, well, everywhere! “I love to get out there in the crowds, at least once a day, to take a break and stop drawing,” she shared. “It is so exhilarating to see all the gusts enjoying the Park!”

After the panel, D23’s Steven Vagnini and Tony Baxter took the stage to showcase rare Disneyland footage, including a recently discovered film taken by one of the first guests to enter the park on July 18, 1955. Tony later showcased rare clips from the Park’s development, from opening day through Walt’s lifetime, including glimpses of the Park’s major expansions. As a special bonus, Tony and Steven premiered a newly created compilation of color footage from Disneyland Opening Day—shown for the first time to the public.

As a surprise gift to commemorate the occasion, each guest received an exclusive D23 pin featuring Disneyland “Ticket No. 1” from the Walt Disney Archives—originally acquired by Roy O. Disney in July 18, 1955. 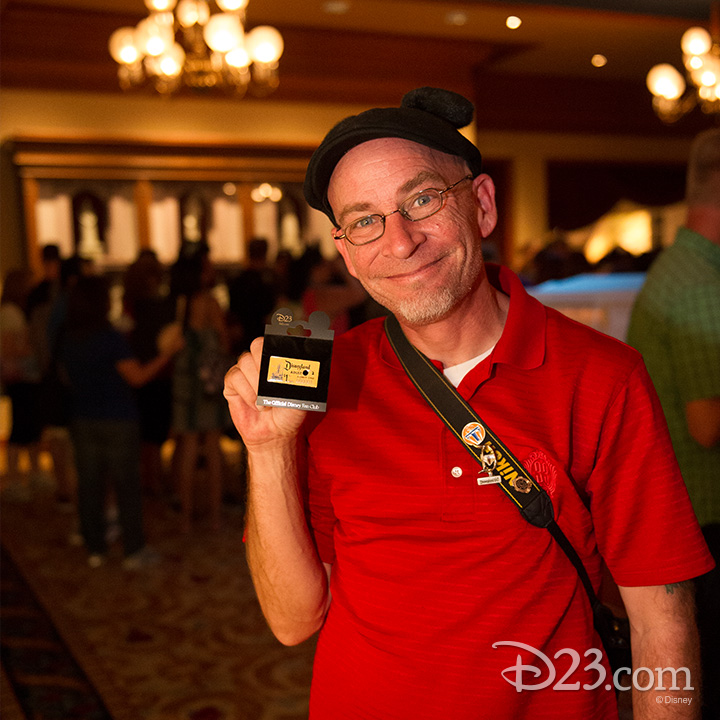 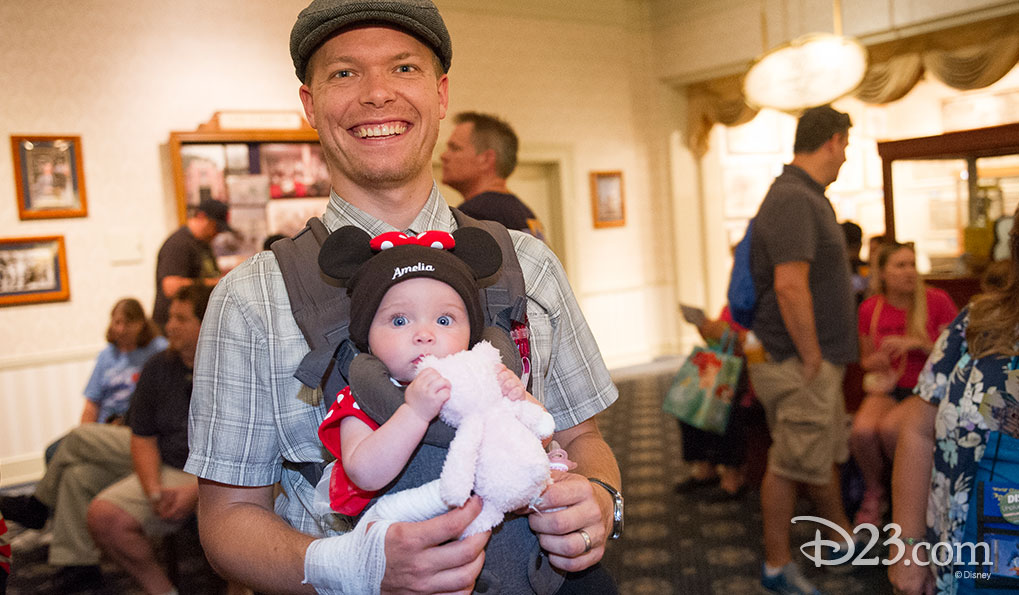 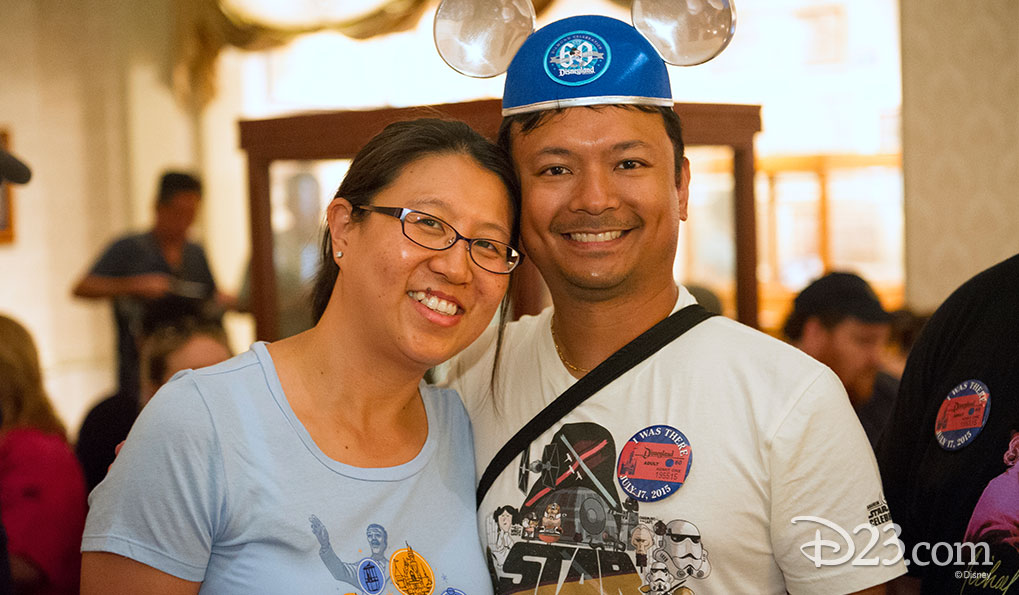 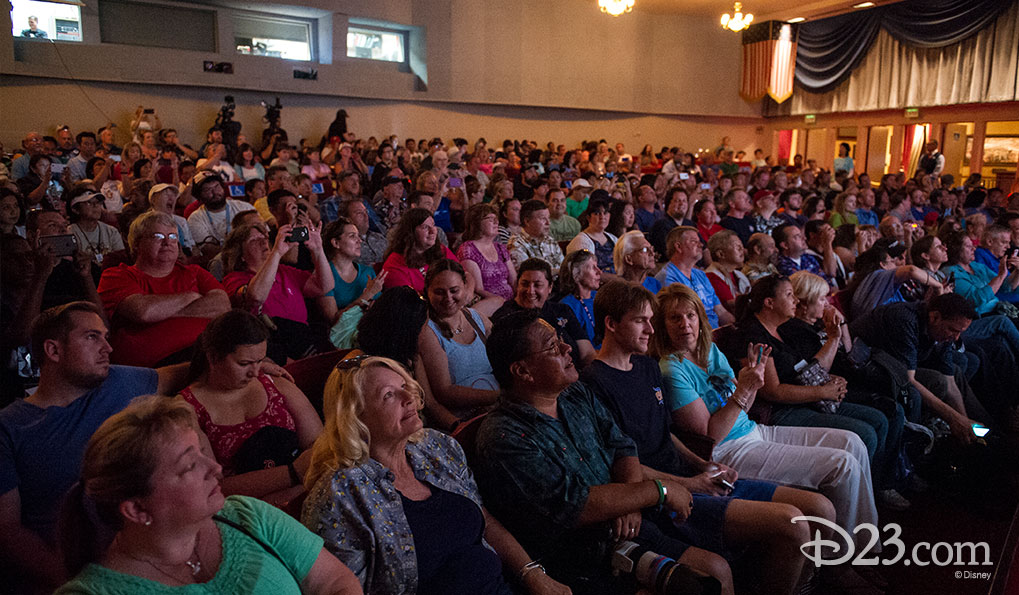 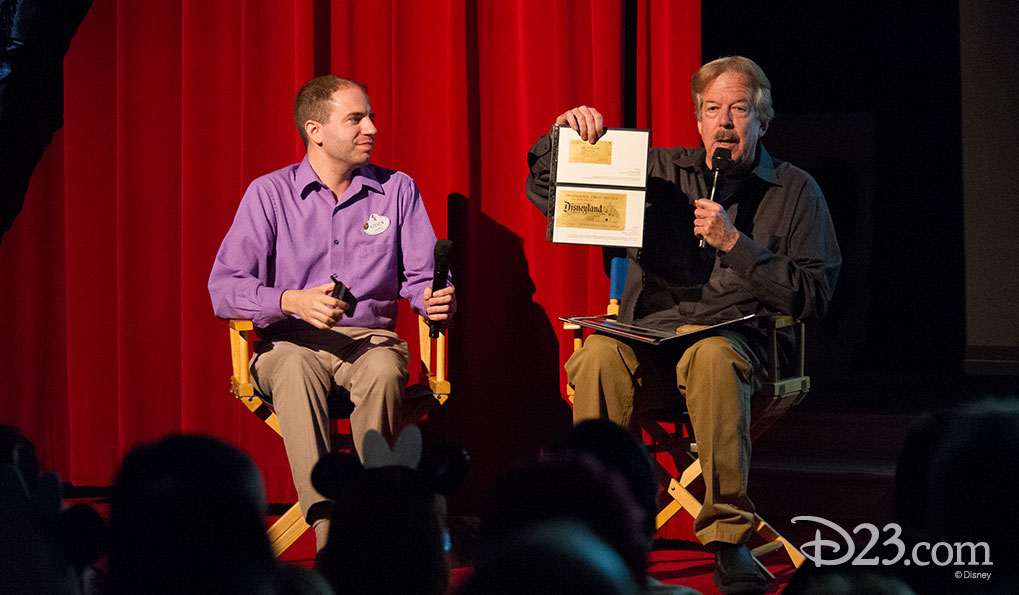 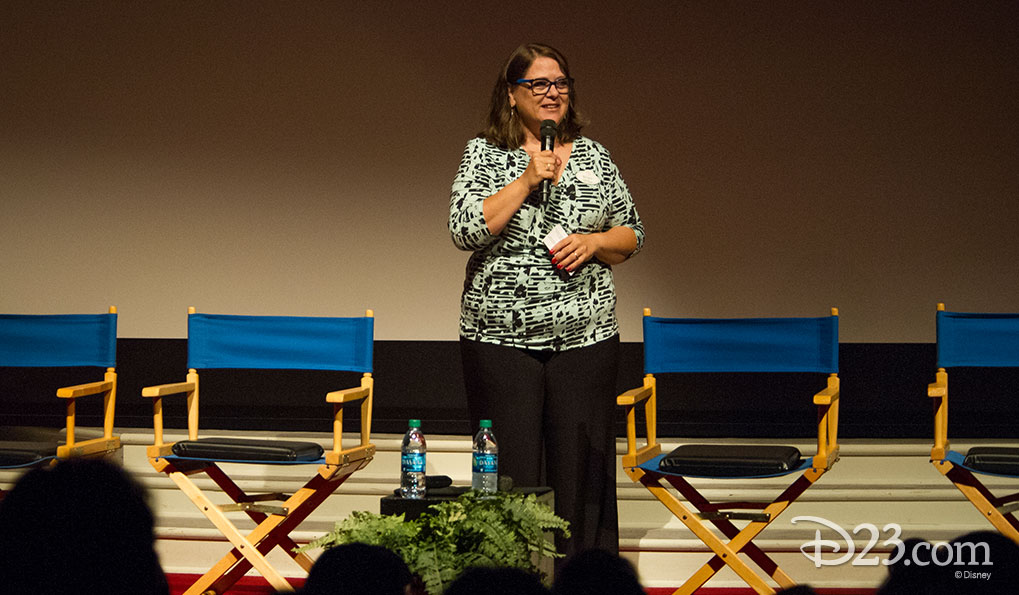 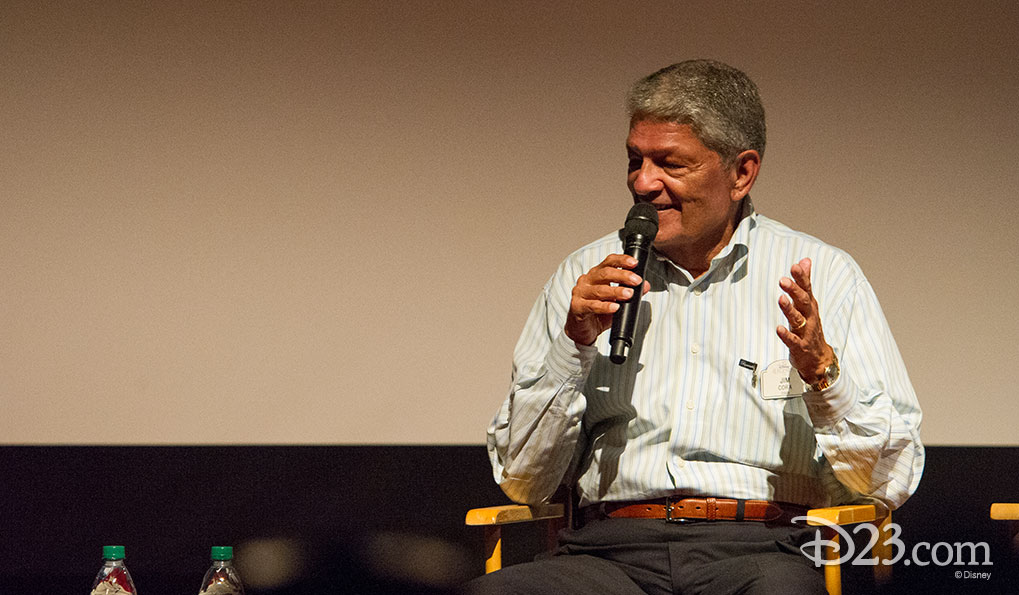 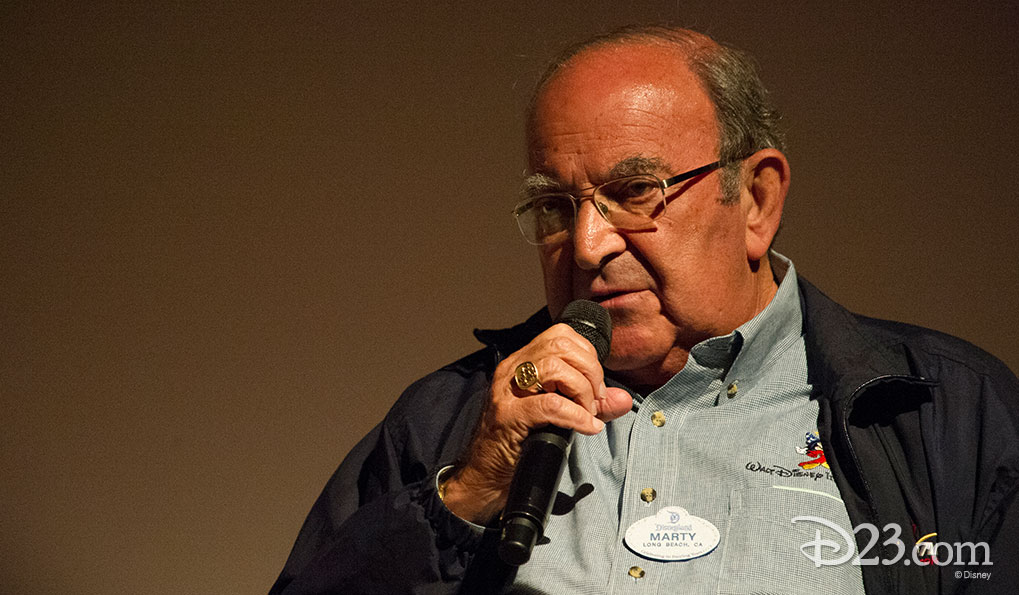 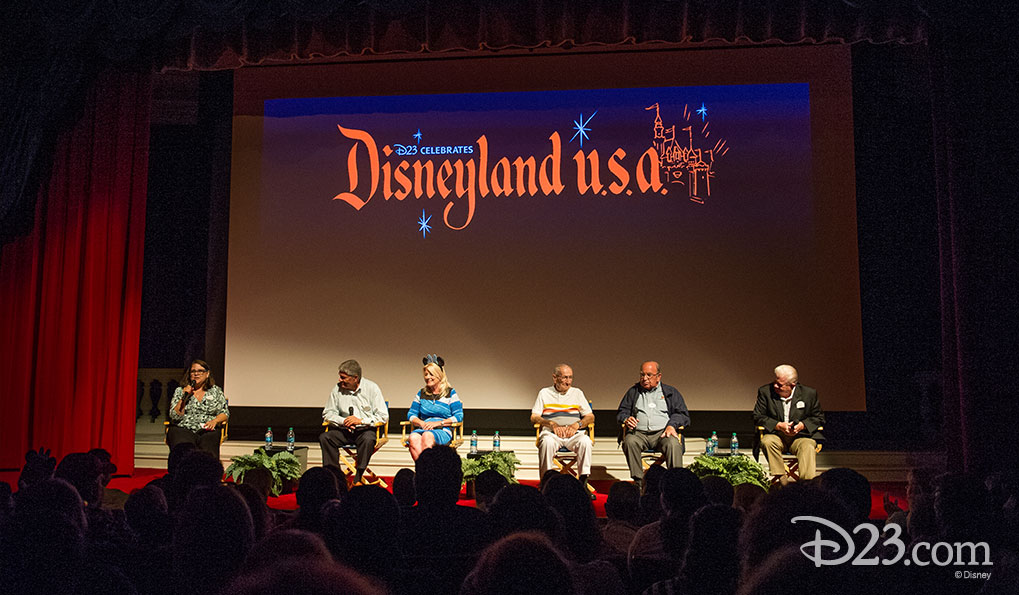 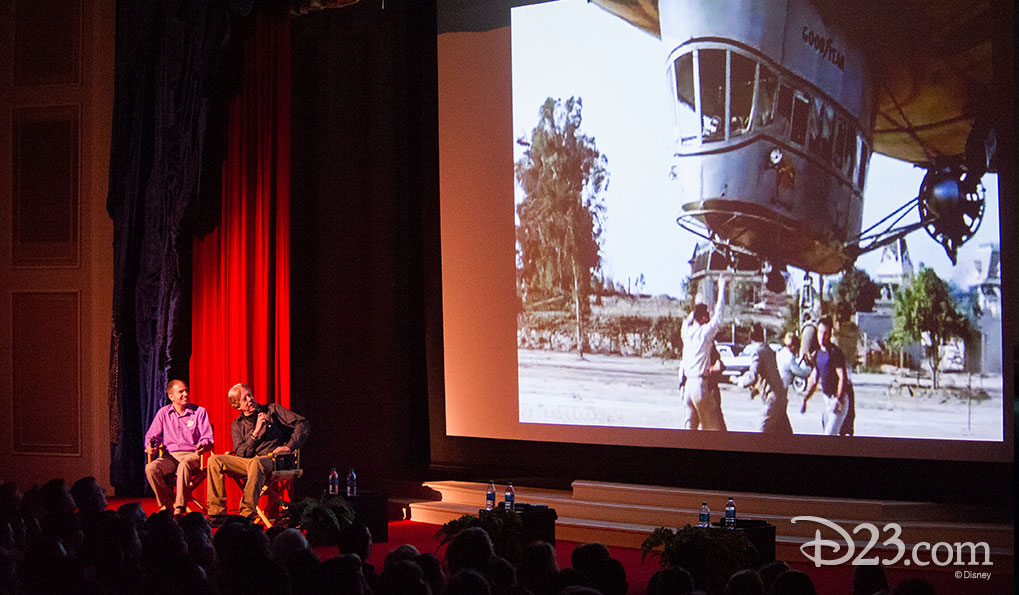 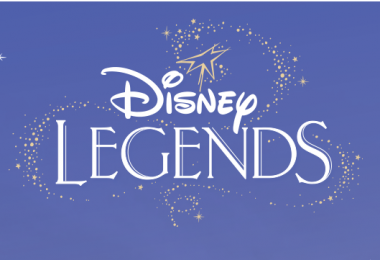