Freeform’s hit comedy Everything’s Gonna Be Okay returns for its second season tonight at 10 p.m. ET/PT with two back-to-back episodes. After the series’ critically lauded debut in 2019, creator, writer, and star Josh Thomas has packed even more humor and even more heart into each episode of season two. After a stressful trip to New York, the Moss family and Nicholas’ boyfriend, Alex (Adam Faison), are just trying their best to move forward. After returning home to a global pandemic, Matilda (Kayla Cromer) is rethinking her life goals as Genevieve (Maeve Press) grows a bit bolder. All the while, Nicholas (Thomas) continues to balance being a brother, a parental figure, a boyfriend, and an entomologist. Ahead of its return, we talked to Faison about what fans can expect throughout season two.

D23: The first season was so well-received. Why do you think it resonated with fans?
Adam Faison (AF): I think it’s this formula Josh has of using real life experiences to dictate the characters as opposed to trying to broadly appeal or relate to every demographic. Josh likes to ask [the actors] questions about what we would do in various scenarios. For this season in particular, he interviewed each of us for maybe an hour and a half or two hours, and he asked us for life experiences so he could then imbue them into scenes for the show.

D23: Despite everything that’s going on in the world, it seems as if Alex and Nicholas are in a really good place in season two. Would you say that’s an accurate assessment?
AF: They have really stood the test of time, all things considered. After Nicholas’ dad passed away in the first season, Alex could have fully dipped out. But he was like, ‘I’m going to stick around and work through this weird, funky time with Nicholas.’ In these first couple of episodes in season two, everything’s kind of chill. But in a pandemic, their personalities come out in this pressure cooker, so there’s bound to be conflict. And also, Alex was very trepidatious in the first season about saying what he wants in a relationship. Now the dust has settled a little bit and they can hash it out a bit more. They don’t have to mince words.

D23: I don’t want to get too spoiler-y, but in the second episode, Alex learns his parents are getting divorced. How will that play out throughout the rest of the season?
AF: You see his breaking point in that second episode. Everything comes crashing down, literally and metaphorically. He wanted to become a dentist, but he can’t finish school, and he’s got all this student loan debt. And then these people come over [guest stars Richard Kind and Maria Bamford], and they’re trying to make him fly this drone, which crashes down on Genevieve head. And he’s just like, ‘I never wanted this! This is not how I expected life to go!’ That felt really realistic. For Alex, when he first finds out his parents are splitting up, it doesn’t hit him that he wants to scream until that drone comes down on Genevieve’s head. That’s when he pops off. I feel like that’s real life. It’s not like there’s a perfect moment where he’s allowed to be mad. Sometimes it comes out when you least expect it. 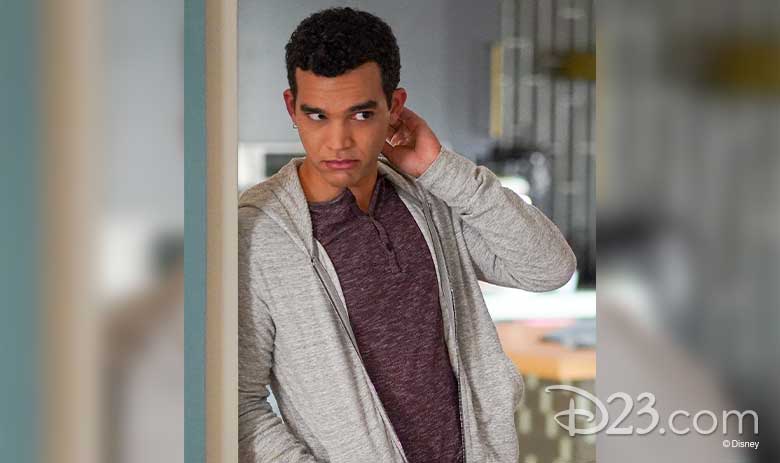 D23: Will Alex’s parents getting divorced affect his own relationship with Nicholas?
AF: Alex’s dad is played by CJ Jones, and he’s deaf. I think will be hopefully interesting, and maybe even relatable to some people, to see what it’s like being a child of a deaf adult—a CODA—and to see what the communication between a hearing family member and a deaf family member, or hard-of-hearing family member, is like. And Nicholas and Alex are working through their problems. Alex is constantly comparing and contrasting in his mind the relationship between his parents and the relationship he has with Nicholas. My parents divorced in real life, too, so it was this constant thing where you can’t help but inevitably compare the things that your parents did to each other with what’s happening in your real-life relationships. Alex tries to take his dad’s advice with a grain of salt, because he’s a bit more embittered and was in a relationship for a long time that inevitably didn’t work out.

D23: This season will also feature Nicholas and the girls coping with the one-year anniversary of their dad’s death. How will Alex help Nicholas get through that time?
AF: Alex tries to get Nicholas to open up a lot. It’s really hard for Nicholas, because his mode of communication is much different. He likes to push things off or compartmentalize, and then be like, ‘It’s OK.’ Alex, on the other hand, likes to talk things out—and when he doesn’t get to talk things out, he gets frustrated and he feels like he’s not getting the love he needs. At one point, Alex says, ‘You just want to laugh, but you’re putting this off because you don’t like hard things.’ I think Alex really wants Nicholas to face the way he feels about his dad, because he never talks about it; it’s almost like it was a blip in his life, and now they never speak about it anymore. You’ll see Alex try to pull it out of Nicholas more. It’s something that’s gone relatively unaddressed. Nicholas busies himself with the girls and asks how they feel about it, but never actually speaks about how he feels about it. 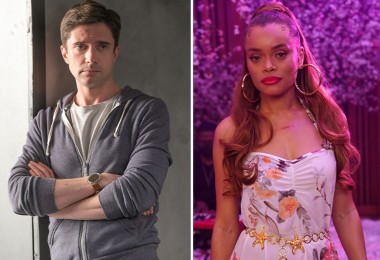