Tommy Kirk, the beloved and iconic star of such Disney family favorites from the 1950s and 1960s as Old Yeller, The Shaggy Dog, Swiss Family Robinson, and The Misadventures of Merlin Jones, passed away at his home in Las Vegas, Nevada, on Tuesday, September 28, at the age of 79. Kirk was named a Disney Legend—the prestigious honor bestowed upon individuals in recognition of their extraordinary contributions to The Walt Disney Company—in 2006. 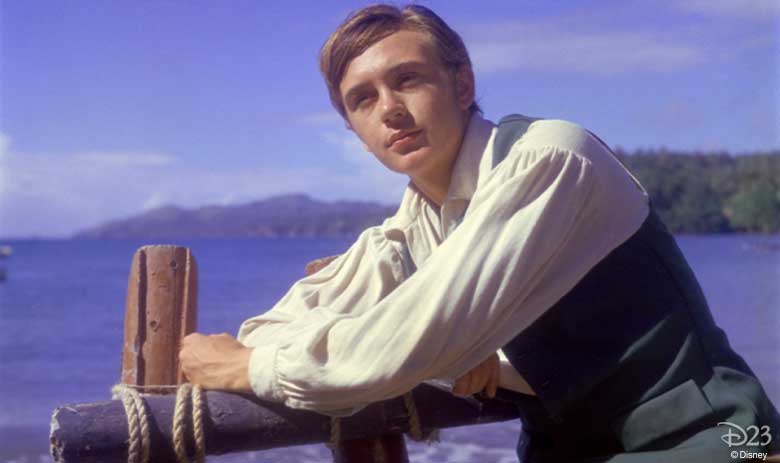 Kirk began his association with Disney in 1956 when he was cast as Joe Hardy (alongside Tim Considine as Frank Hardy) in the “The Hardy Boys” serial for Mickey Mouse Club. Considine (also a Disney Legend) said of his longtime friend and former colleague, “He was one of the most talented people I ever worked with. Frighteningly talented. A friend of mine who was a casting director told me that when Tommy Kirk came in to audition, he had never seen a kid actor as good as he was, especially because he could instantly cry on cue. He was a great talent, and it was privilege to work with him and call him a friend.” 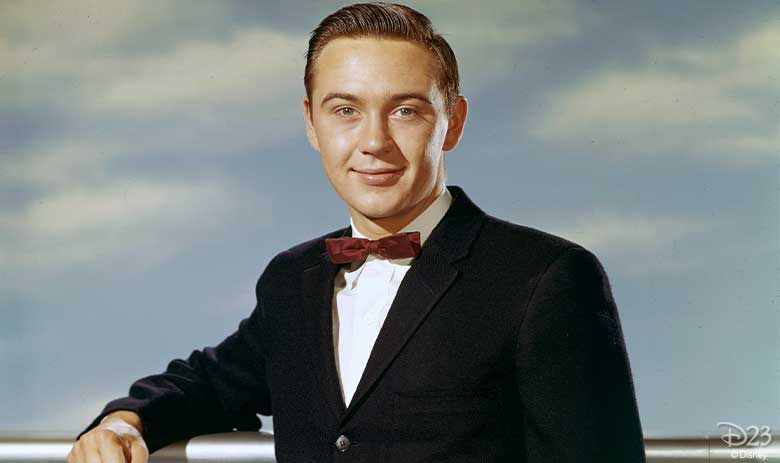 Commenting on Kirk’s passing, film historian and renowned author Leonard Maltin said, “One of the reasons people remember Old Yeller is not just the fate of a beloved dog, but the shattering grief expressed by his owner, so beautifully played by Tommy. I think his talent and range as an actor were taken for granted somewhat. He was really very versatile.”

Mouseketeers Tommy Cole and Bobby Burgess also added of their long-time friend, “Tommy and I palled around and even double dated as kids,” said Cole.  “To me he was a Disney icon.” Burgess looked back with humor, saying, “When Tommy was filming Old Yeller, he went to school on the lot with us Mouseketeers. I remember our teacher asked us what language we would like to learn. We all chose Spanish except for Tommy who wanted to learn German, and indeed he did!”

Born on December 10, 1941, in Lexington, Kentucky, one of four sons, Kirk moved to Los Angeles in 1943 when he was 15 months old. At age 13, he accompanied his brother Joe to an audition of Eugene O’Neill’s Ah, Wilderness! at the Pasadena Playhouse. His brother did not get the part (losing out to Bobby Driscoll), but Tommy was cast in a minor role. This led to him getting signed by an agent and being cast in an episode of TV Reader’s Digest (“The Last of the Old Time Shooting Sheriffs”). Television work in such popular shows as Gunsmoke and 37 episodes of Matinee Theatre followed.

In 1956, Kirk auditioned for the part of Joe Hardy in the TV serial “The Hardy Boys: The Mystery of the Applegate Treasure” for Mickey Mouse Club and got the part. The popular serial had 19 episodes in the first year, and went on to a second series the following year. 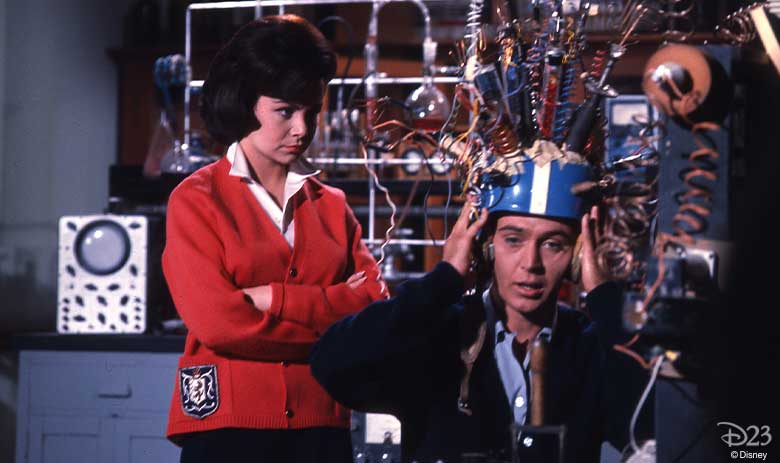 After leaving Disney, Kirk found success with a series of beach-themed movies for American International Pictures (AIP). He played a Martian in the 1964 feature Pajama Party, and starred in other beach films for other companies including The Ghost in the Invisible Bikini and It’s a Bikini World.

He gave up acting in the mid-1970s, making only occasional appearances. In later life, he enjoyed writing and seeing his fans at nostalgia conventions. Just several months ago, he was interviewed for an upcoming publication on the making of Swiss Family Robinson, sharing anecdotes and tales of his adventures during the production. 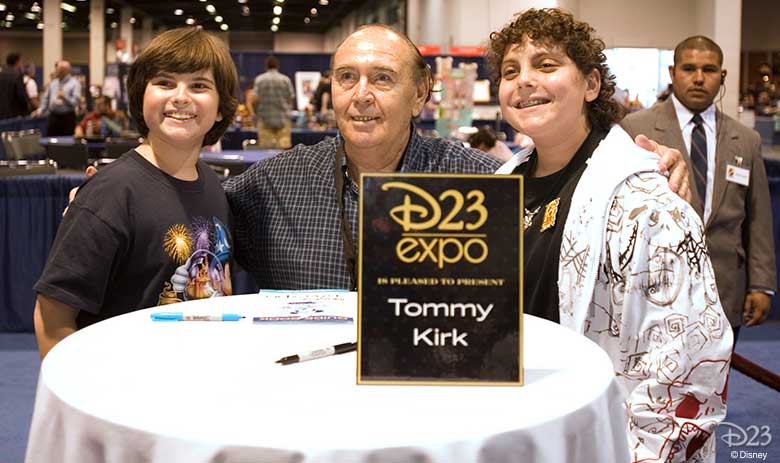 Looking back on his career on the occasion of his receiving the Disney Legends Award, Kirk recalled, “I want to be remembered for my Disney work, like Swiss Family Robinson and Old Yeller.” He fondly remembered bumping into Walt Disney at a Beverly Hills hotel. “He was with Hedda Hopper, the legendary columnist. He put his arm around me, and he said, ‘This is my good-luck piece here,’ to Hedda Hopper. I never forgot that. That’s the nicest compliment he ever gave me.”