Fans of the Sanderson sisters are in for a treat this Halloween season!

The highly anticipated Disney+ Original movie Hocus Pocus 2 premieres Friday, September 30, on the streaming service. It follows the wickedly wonderful witches Winifred (Disney Legend Bette Midler), Sarah (Sarah Jessica Parker), and Mary (Kathy Najimy) as they try to wreak havoc on Salem before dawn on All Hallow’s Eve. In celebration of the live-action comedy, an enchanting cover was created exclusively for the Fall 2022 issue of Disney twenty-three, available exclusively to Gold Members of D23: The Official Disney Fan Club. In excerpts from those interviews (below), the cast members and director Anne Fletcher discuss revisiting the bewitching characters decades after Hocus Pocus was initially released (and ultimately became a Halloween classic).

The lead actresses had their own ideas about the story they wanted to tell in Hocus Pocus 2, “but nothing major,” Midler says in Disney twenty-three. “Kathy, especially, acted as the keeper of the Black Flame Candle, forgive my pun. She was adamant about what the fans would and wouldn’t accept, and we sort of followed her lead.” 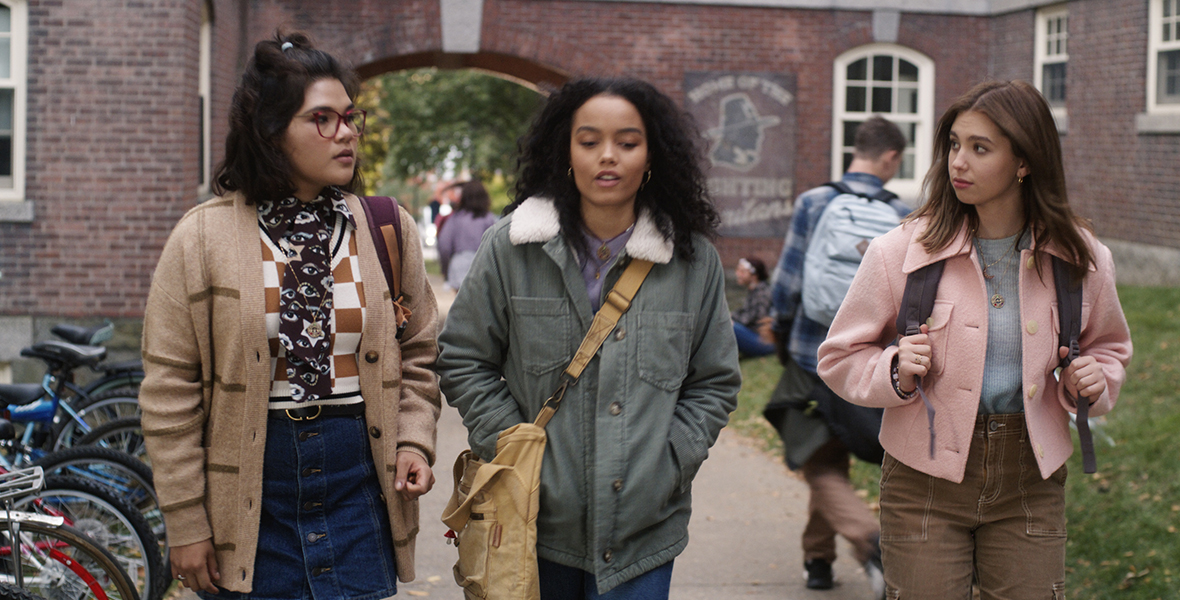 Fletcher knew she had her work cut out for her. “It’s incredibly daunting,” says the director. “You want to give fans what they’ve been waiting 29 years for without being redundant. I also kept in mind that there’s a slew of people who have never seen the first movie, if you can imagine! You want to make sure they understand everything without being expositional every five minutes—and do that in a really elegant way.”

To do that, Hocus Pocus 2 introduces characters played by Sam Richardson, Hannah Waddingham, Whitney Peak, Belissa Escobedo, Lilia Buckingham, Froyan Gutierrez, and Tony Hale. Peak, Escobedo, and Buckingham portray three high school students who vow stop the Sanderson sisters from running amuck, amuck, amuck. “These girls have been working professionally since they were kids,” Midler says of the collective experience the young talents brought to the Hocus Pocus 2 set. “I love and respect them all.”

For the younger trio, getting to be a part of the Hocus Pocus franchise—and work alongside Midler, Parker, and Najimy—was a dream come true. “I grew up being a Halloween girl,” says Buckingham, who plays Cassie. “I watch the original movie every October on Freeform, so when I got the audition for the sequel, I was like, ‘If I don’t get this, it’s over!’” Like Buckingham, Escobedo says she had seen Hocus Pocus countless times. “My mom is obsessed with Hocus Pocus. We watch it every single year around Halloween, so I was definitely very familiar with the movie,” Escobedo says. “My mom was in the room when I got the part, and she screamed before I screamed.” 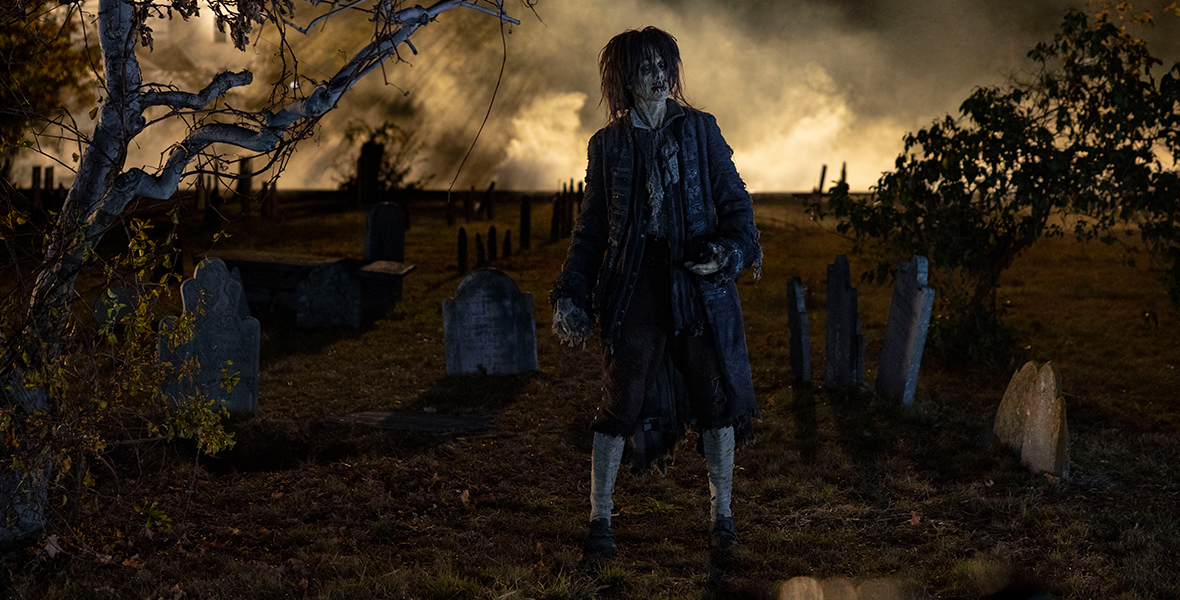 For the veteran actors, once they got back into costume for Hocus Pocus 2, it felt as if no time had passed since they filmed the perennial Halloween classic. “The surreal part was looking at myself in the mirror,” says Doug Jones, who returns as the zombie Billy Butcherson. “Putting my zombie makeup, my wig, and my costume back on, I look as though maybe two minutes have passed in the last 29 years! I look exactly the same. Looking at Bette, Sarah Jessica, and Kathy was equally as surreal, because 29 years have passed, and they all look younger and more vibrant than they did the first time!”

Speaking of vibrancy, the musical numbers in Hocus Pocus 2—set to classic songs by Disney Legend Elton John and Blondie—are a real treat. “I come from musical theater, so song and dance is a bit in my bones,” Najimy says. “We had brilliant choreographer and dance team. That being said... dancing on dirt and rocks was a bit of a challenge!”

Naturally, there’s plenty of magic in Hocus Pocus 2, and Midler can’t wait for families and fans to stream the film on Disney+. “It’s a big, broad, family comedy with great effects, a lot of slapstick, and no cursing!” she says. “Who doesn’t love to laugh?” Escobedo agrees, adding, “It’s a wild ride. It’s just as kooky and crazy as the first movie—if not more—because it’s 2022. There’s a lot that we can do with movies now.”