In Marvel Studios’ Black Panther: Wakanda Forever, the people of Wakanda are grieving the loss of their king, T’Challa (Disney Legend Chadwick Boseman), all while Queen Ramonda (Angela Bassett), Shuri (Letitia Wright), M’Baku (Winston Duke), Okoye (Danai Gurira), and the Dora Milaje (including Florence Kasumba) fight to protect their nation from intervening world powers. And, in the wake of T’Challa’s death, an even more dangerous threat emerges from the hidden undersea nation of Talocan: Namor (Tenoch Huerta Mejía). As the Wakandans try to embrace their next chapter, they must band together with the help of War Dog Nakia (Lupita Nyong’o) and Everett Ross (Martin Freeman) to forge a new path for their kingdom.

Before the film opens in U.S. theaters on November 11, D23: The Official Disney Fan Club attended a virtual press conference with the cast and filmmakers behind the action-adventure. Below are five things fans should know before they see the movie. 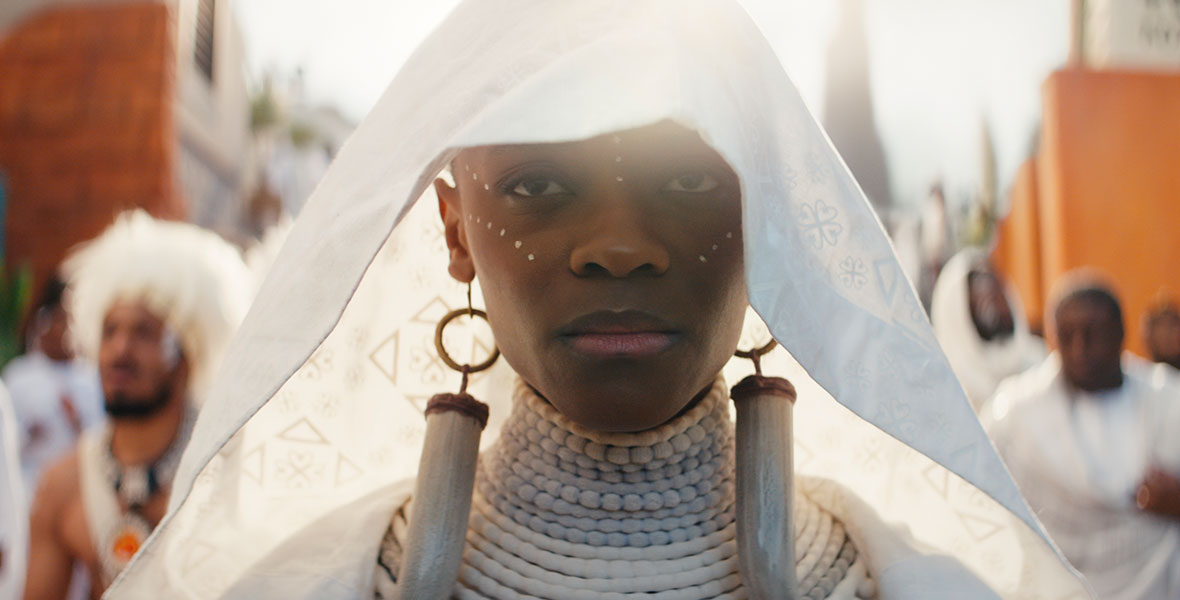 1. Rather than recast T’Challa after Chadwick Boseman’s death, the story was revised.
A sequel to the Oscar®-winning film Black Panther was announced at D23 Expo in 2019. Boseman died from colon cancer a year later, prompting the filmmakers to debate how—or even if—they should proceed with the follow-up. “The shock turned into, ‘What do we do? What should we do? Should we do anything?’” producer Kevin Feige, president of Marvel Studios, recalled. “Relatively soon, it was determined that this amazing ensemble of characters and this world that had been created onscreen needed to continue. Ryan pours everything—all of himself—into everything he does, and he’d been working for almost a year on a version of the movie with T’Challa in it.”

2. The actors channeled their own grief into their performances.
Shuri, the brilliant inventor and princess of Wakanda, is bitter after losing her brother, T’Challa. Wright says she had a “heart-to-heart conversation” with Coogler about how to take “a gentle step forward, because it’s so raw.” Ultimately, Wright said, “We were able to bring something that felt real, that felt truthful. I was able to really give my heart to it and give Shuri a full arc. Hopefully people resonate with that and find some healing, alongside us, with it.” Whereas Shuri is angry, Nakia “is a little further along in terms of her processing,” Nyong’o added: “It’s not like she has it all figured out. In the first film, Ryan described her as T’Challa’s oasis, and that really resonated with me. So, when I was reading this script and thinking about where she is, I realized that what she once was to T’Challa she now has the opportunity to offer Shuri. It made a lot of sense in terms of the structure and architecture of the story; we’re talking about the exploration of grief. It’s really grounding to have someone who is befriending of that change—both for the people in the story, and also for an audience. The fact that she was T’Challa’s love, in a way, allows an audience to know, ‘It’s okay.’” 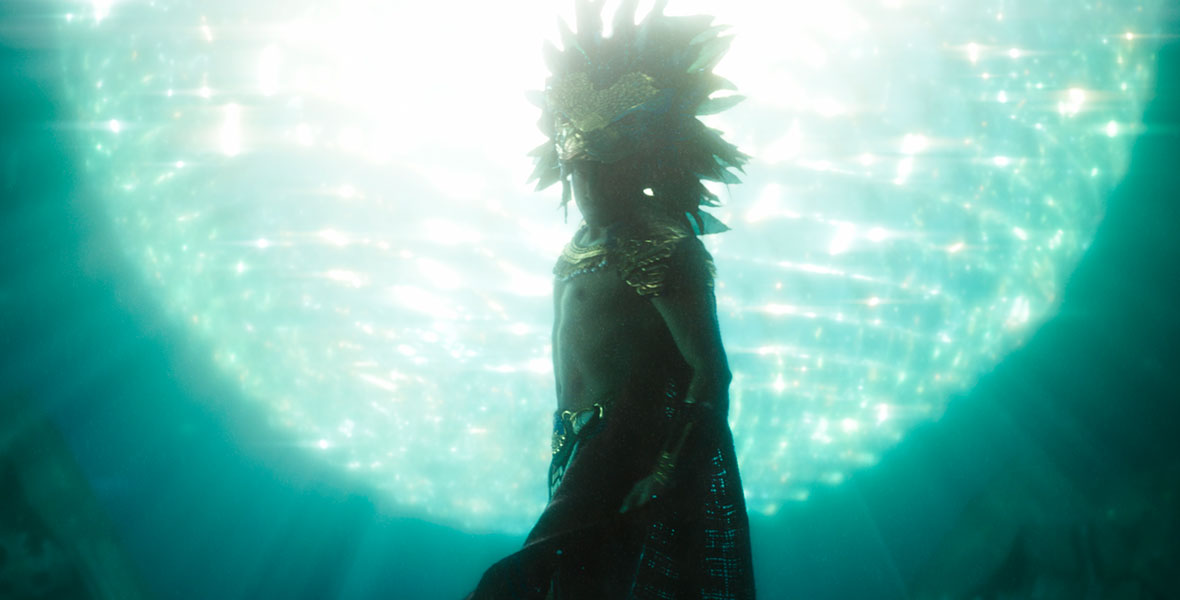 3. To the Wakandans, Namor is a threat—but to his people, he’s a god.
As M’Baku says in the film, Namor’s people do not call him general or king; they call him K’uk’ulkan, “the feather serpent god.” He has not concerned himself or his people with the affairs of the surface world—until the Wakandans exposed the world to Vibranium, the strongest metal known to man, unknowingly making Talokan a target. Now, Huerta Mejía said, Namor wants to “destroy” anyone who opposes him. “Ryan found a way to make him human, to justify why people do that kind of thing,” he said. “It doesn’t mean that it’s OK or not. Maybe it’s not an excuse, but it’s an explanation.”

4. Shuri meets her match—and makes a new friend.
Dominique Thorne makes her debut in the Marvel Cinematic Universe as Riri Williams, a brilliant inventor and student at MIT—and according to Wright, she makes quite a first impression! “I’m really excited for Dominique and the performance you guys are about to see,” Wright said. “She’s incredible, and Riri is so much fun. And I love the fact that we get a beautiful opportunity to see another Black young girl be a genius at school, doing her thing, inspiring so many. That was a cool connection [between us].”

5. Female characters are front and center in the story.
“These were the characters who were most affected by T’Challa’s passing, so we focused on the people who were appropriate,” producer Nate Moore said. “It’s not about pushing women forward or holding men back; it’s about telling the story that is organic. Sometimes maybe from the outside, there’s a thought that there are agendas at play. It’s just telling good stories, you know? We are blessed with an amazing cast who breathe life into these characters and makes you want to see what’s happening with Shuri, or Okoye, or Nakia, or Ramonda. To not highlight them would have been a disservice to the story. The movie’s better for it—because if we would have wedged in some new male characters just to have that voice, that would have been performative.”