Several engaging presentations for fans are planned throughout the weekend. These include:

Based on his new book, Before Ever After, Disney author and producer Don Hahn offers a glimpse into the incredible true story of the Disney Studio’s early artist training program that Walt held in the build-up to his first feature film, Snow White and the Seven Dwarfs.

Lead Archivist and Pixar historian Christine Freeman gives a behind-the-scenes look at what lives in Pixar’s archives—describing their collections, the work of their archivists, and the history of the collection starting with The Adventures of André & Wally B. 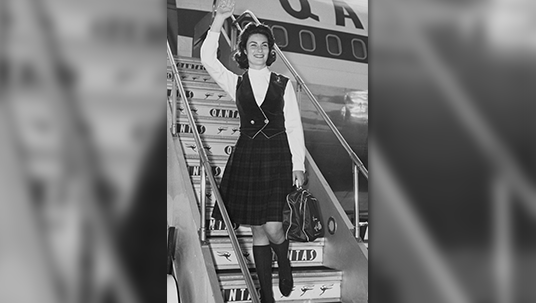 Settle in for a fun conversation moderated by Disney Legend Floyd Norman with Disney artist Carson Van Osten about his long-time career with The Walt Disney Company. From comics to character merchandising and video game concepts, Carson has done it all! 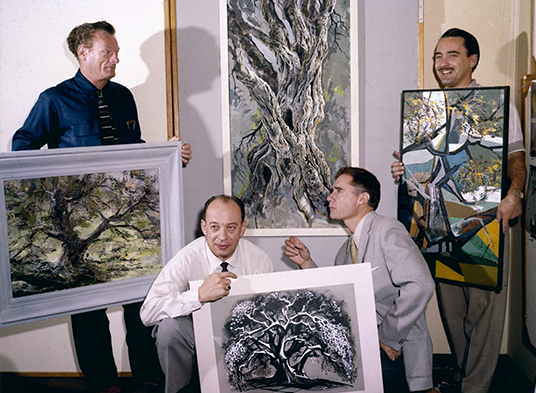 Disney Did That?: 4 Artists Paint 1 Tree—A Celebration of an Inspirational Masterpiece

“4 Artists Paint 1 Tree,” originally part of the Disneyland anthology series program An Adventure in Art, profiles how artists use their own perceptions and techniques to capture the way they view the world. Though the program was made in the context of informing the audience about the making of Sleeping Beauty, the approach and the care put into this film elevated it beyond the mundane, creating something extraordinary, a visual and inspirational document of the creative process. Hosted by Fox Carney, Manager of Research for Walt Disney Animation Studio’s Animation Research Library.

Ron and David DeFore recollect their exciting adventures growing up in Disneyland when their father, actor Don DeFore, owned a restaurant in Frontierland. A unique part of early Disneyland history will be rediscovered via vintage park imagery paired with humorous tales and cherished family memories. 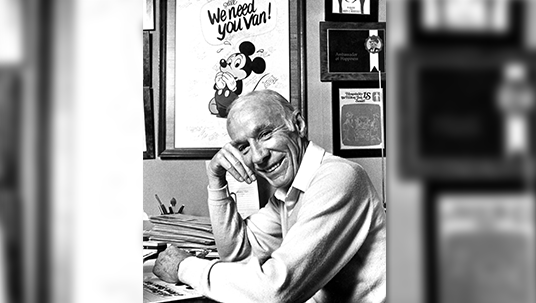 Join host Doug Lipp, former head of the training team at the Disney Studios and author of Disney U, for an engaging fireside chat with former Disney University Executives about Disney Legend Van France. Learn rarely told stories about how Van, Disney Legend Jim Cora and other visionaries created the Disney University. As a team, they helped shape The Happiest Place on Earth, Disneyland.

Theo Gluck, The Walt Disney Studios’ Director of Library Restoration and Preservation, will discuss and demonstrate the techniques and technologies used to digitally preserve the fragile original negatives of classic and iconic Disney films from Snow White and the Seven Dwarfs to Mary Poppins.

Bringing the Past Back to Life: Recreating Disney’s History in a Virtual Setting

Join Jeremy Marx, of the Disney History Institute, as he explains how technology of today is giving us access to Disney’s wonders of the past. Using 3D technology, Jeremy has developed detailed simulations, including Monsanto’s House of the Future, Adventure Thru Inner Space, the Tower of the Four Winds, and Walt’s personal backyard railroad, the Carolwood Pacific. In this presentation, he’ll showcase those projects already completed, layout the process that makes this possible, and preview retired attractions he will soon bring back to life.

In Conversation: Council of Disney Archivists

The Walt Disney Company has a long and storied past. Such history is currently saved by several groups across the company, all of which work toward the same goal of preserving and sharing the very best of Disney’s history with the world. Fans have the chance to sit in on this informal panel discussion with some of the archivists, librarians, and researchers who oversee several of The Walt Disney Company’s amazing historical collections. 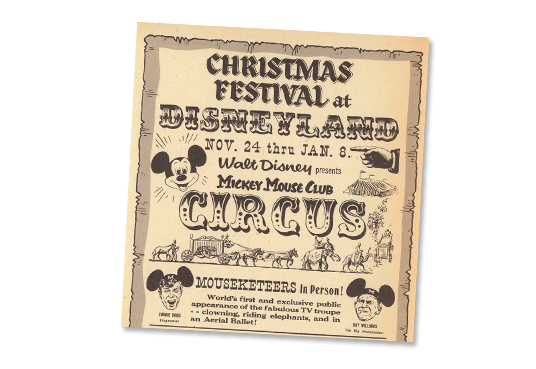 Everyone Loves the Circus…Including the Mouseketeers!

Thursday was “Circus Day” on the Mickey Mouse Club television show, but for the 1955–1956 holiday season at Disneyland every day was a circus: the “Mickey Mouse Club Circus”! Join Disney historian Paula Sigman Lowery as she explores Walt Disney’s love of this famed American tradition, and celebrates this unique event with rare stills, film footage, and Mouseka-memories from Disneyland’s past. 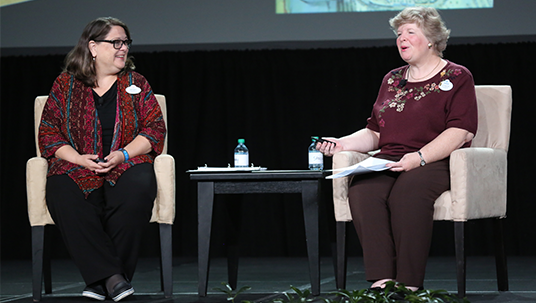 Disneyland: Fond Memories of the Past

Didn’t get a chance to experience D23’s Destination D: Attraction Rewind? Well, let’s turn back the clocks! Walt Disney Archives Director Becky Cline and Disney artist and historian Stacia Martin revisit their popular 2014 event presentation taking fans on a journey through some of Disneyland’s most beloved attractions of yesteryear. 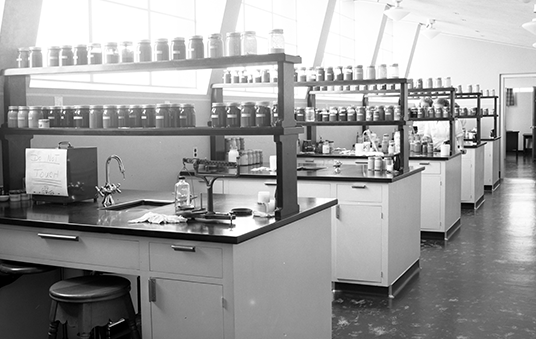