Now this is how you generate buzz!

Lightyear, the definitive origin story of Buzz Lightyear, the hero who inspired the toy, opens in theaters on Friday, June 17. It follows the legendary Space Ranger after he’s marooned on a hostile planet and tries—through space and time—to find his way back home. Being asked to voice Buzz was an “exciting” opportunity, Evans told reporters on the red carpet. “It’s intimidating, a little daunting—but more than anything, it’s an honor.” 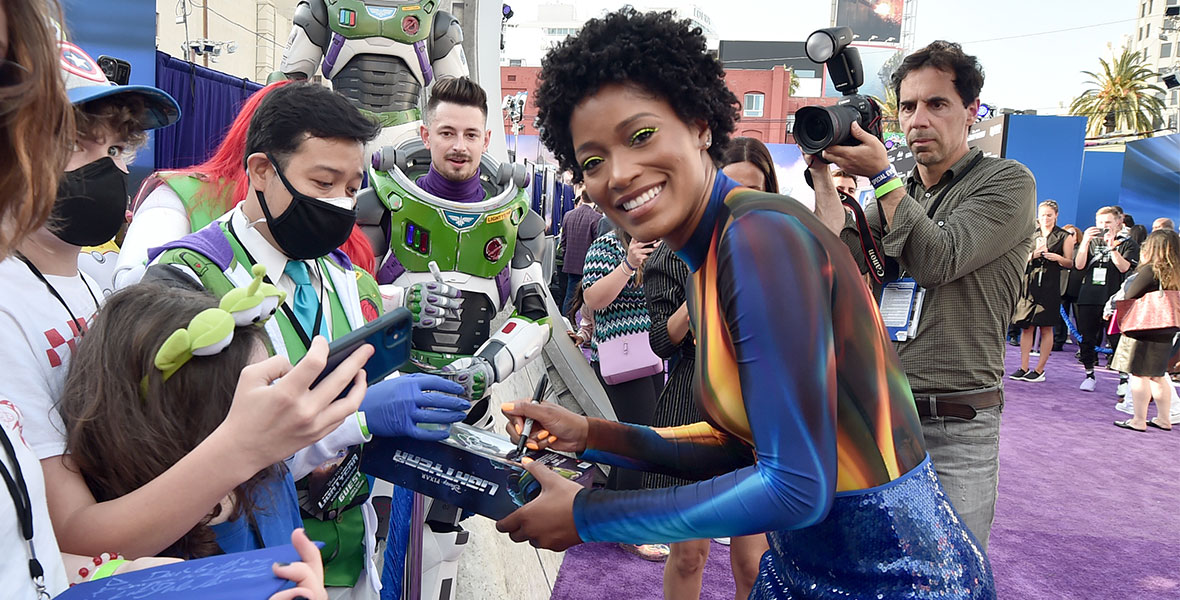 Evans credited the talented team at Pixar with helping him fulfill his lifelong dream of voicing a Disney character. “It’s four years of hard work—not by me, by them,” the actor said. “That’s the magic of Pixar. These guys give so much of themselves for so long, and they give us something that lasts a lifetime. It really is nice to celebrate that.”

And what a celebration it was! Special guests including Yvette Nicole Brown, Sherry Cola, Xochitl Gomez, Jack Dylan Grazer, and Tiffany Haddish, among others, joined the cast and crew in being among the first to see the film. “Here we are—and we’re around people!” a smiling MacLane told reporters on the red carpet. “This is fantastic! What a bonus. Here we are seeing Lightyear with a packed house. It’s the first time we’ve seen the movie with an audience since the crew party. We couldn’t be more thrilled. Although we’ve worked very hard to make this an exciting film, to see it with an audience and [to see their] reaction is truly going to be a dream come true for us.”

The phrase “dream come true” was often mentioned during the cast and crew’s red carpet interviews. In fact, Palmer is so proud of the film that she brought her entire family to the premiere so they could experience it together. “We are in it to win it, honey!” she said. Regarding what she loves most about Lightyear, she said, “When you think about reinventing IP or giving it new life, this is what you’re talking about. We all grew up loving Andy’s most coveted toy, Buzz Lightyear, and now we get to know the world that Buzz came from—why that toy was invented.” The film includes important messages, she added, “all told in a really fun way. And the action, honey? You feel like you’re actually in an action movie. They’re not playing around with the special effects!”

Before you see Lightyear in theaters, enjoy more photos from the world premiere: 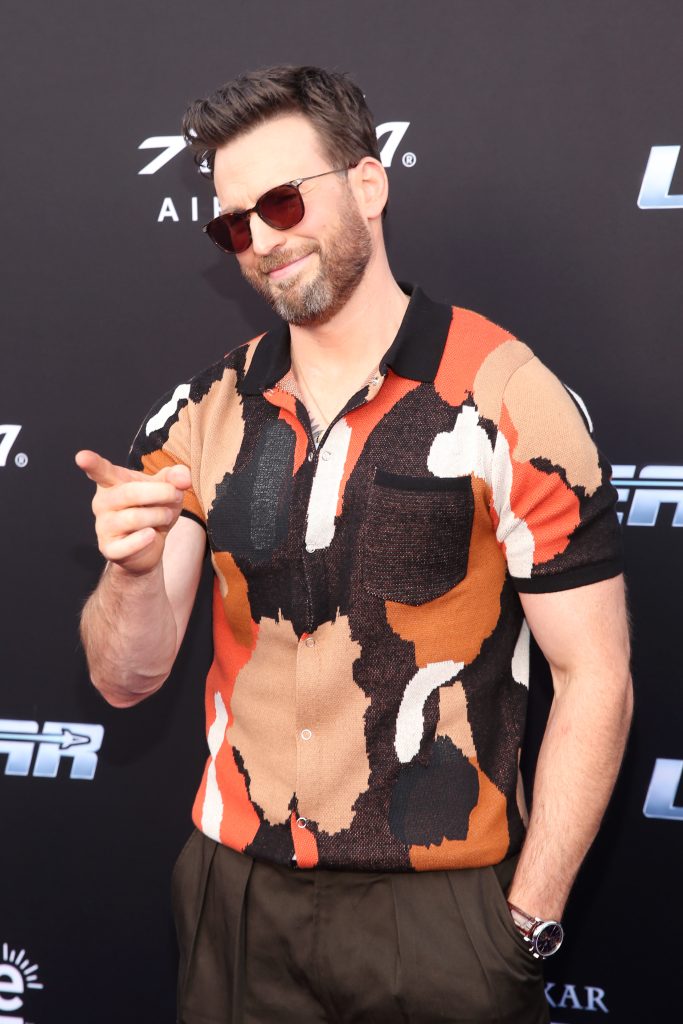 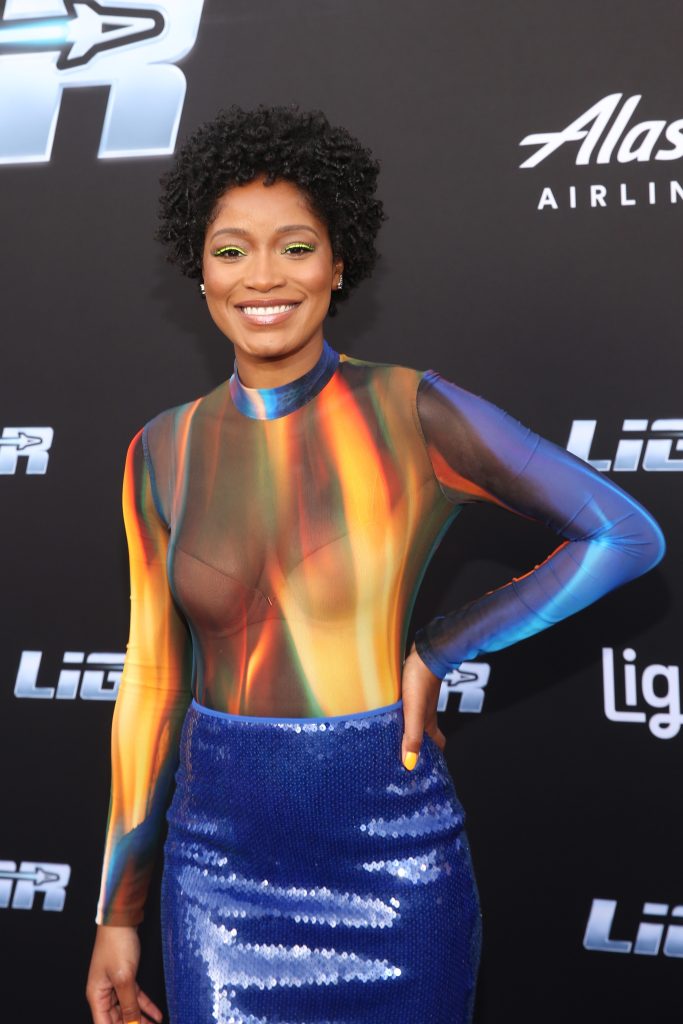 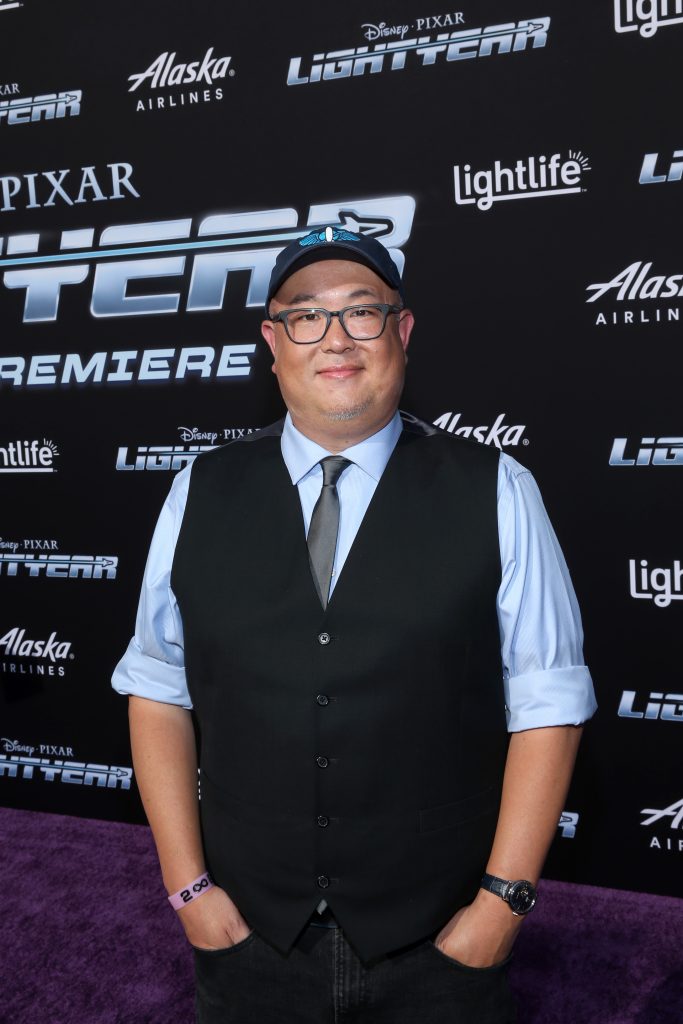 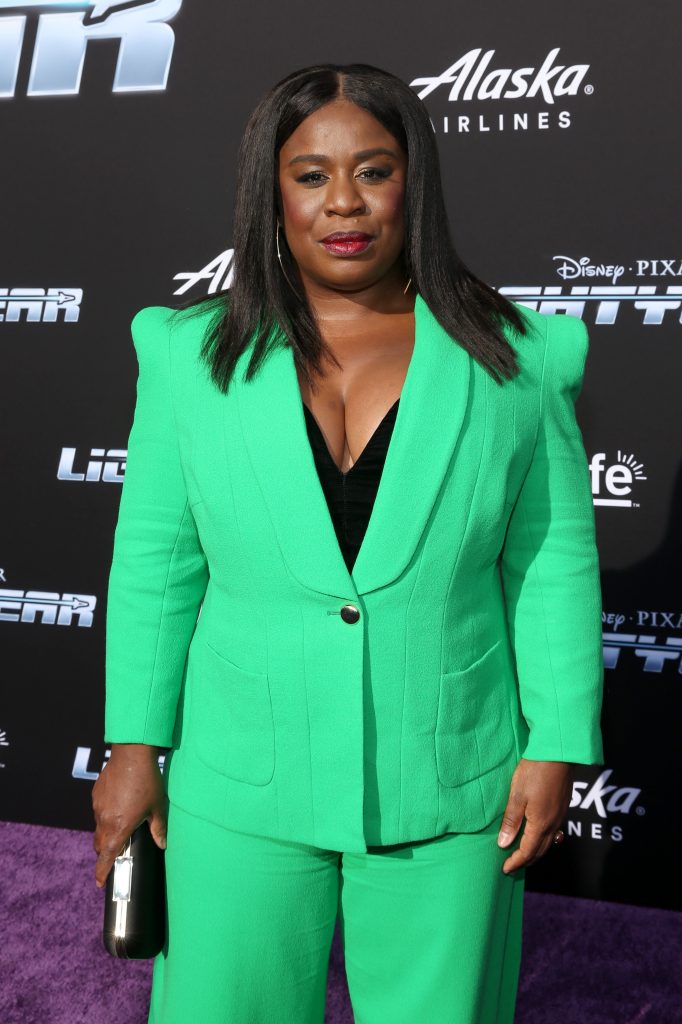 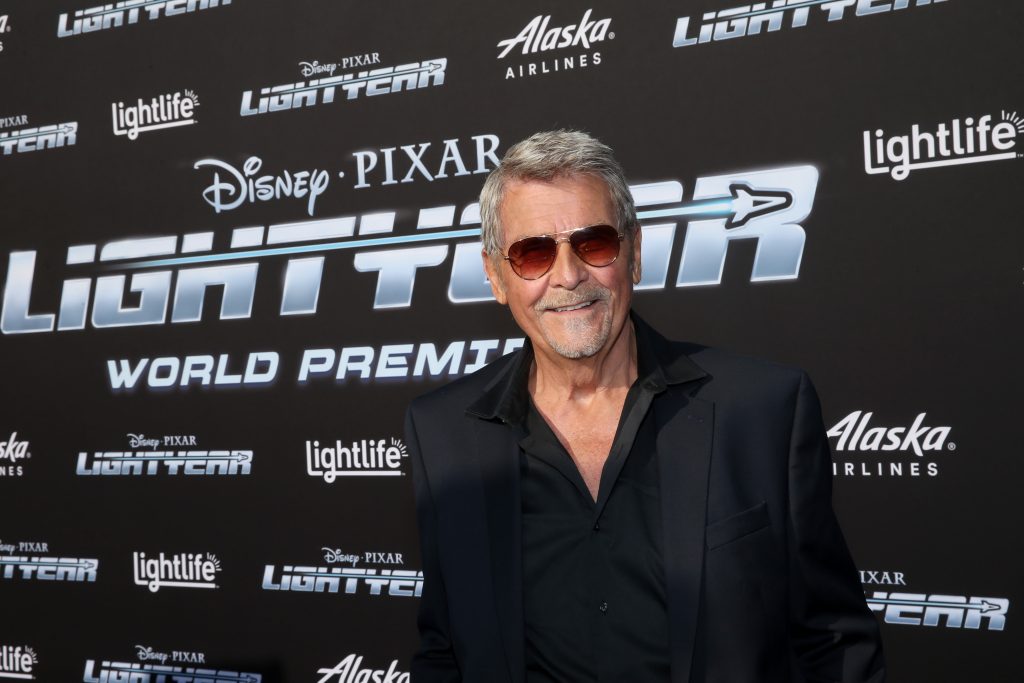 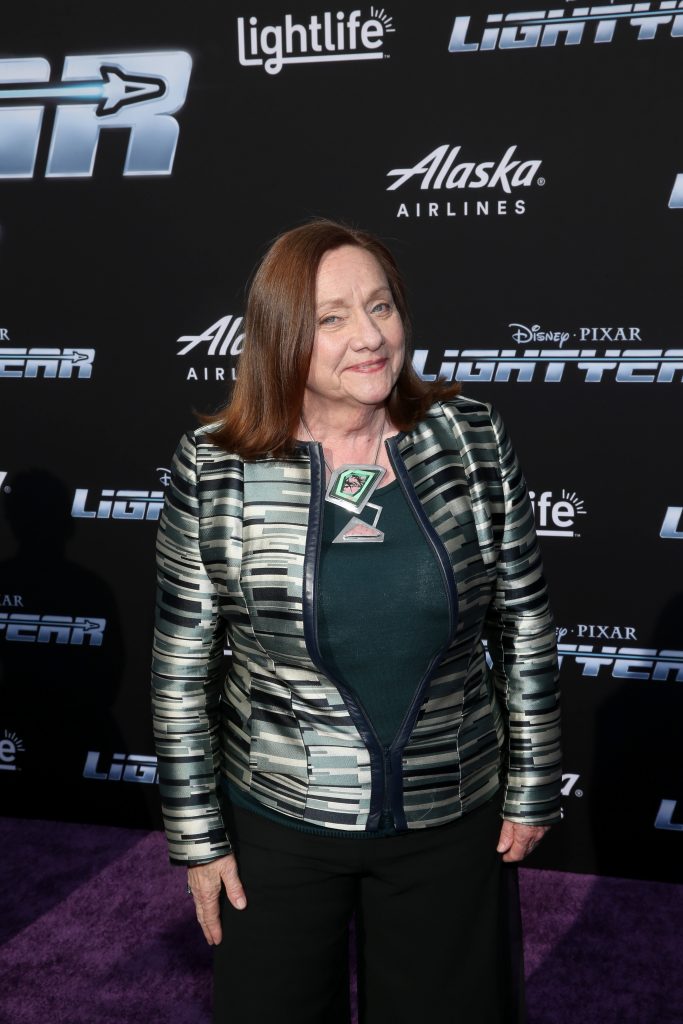 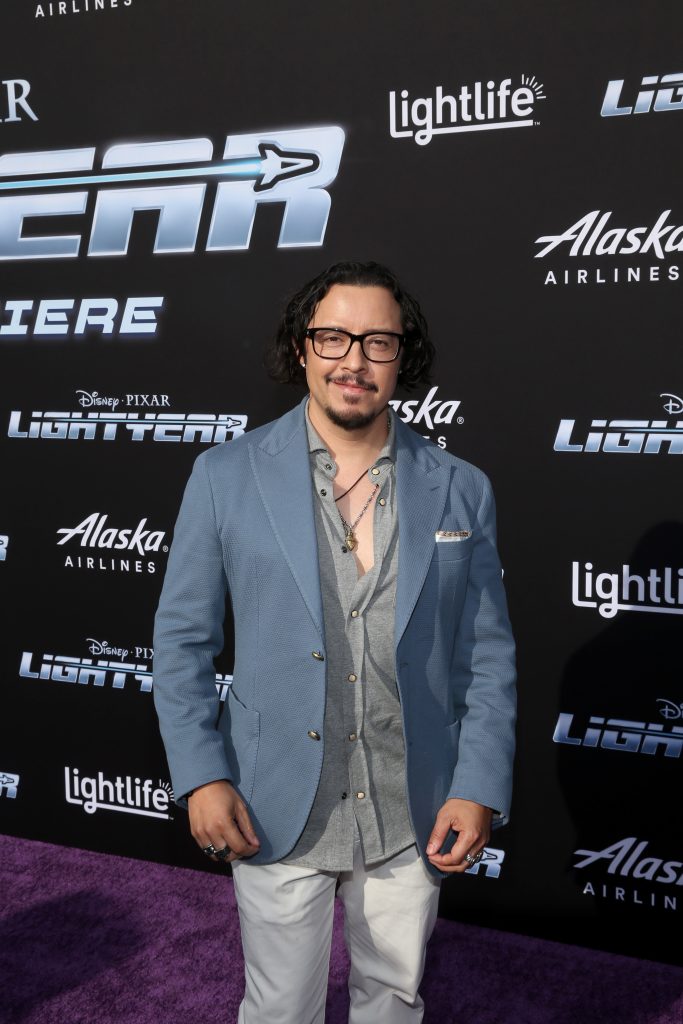 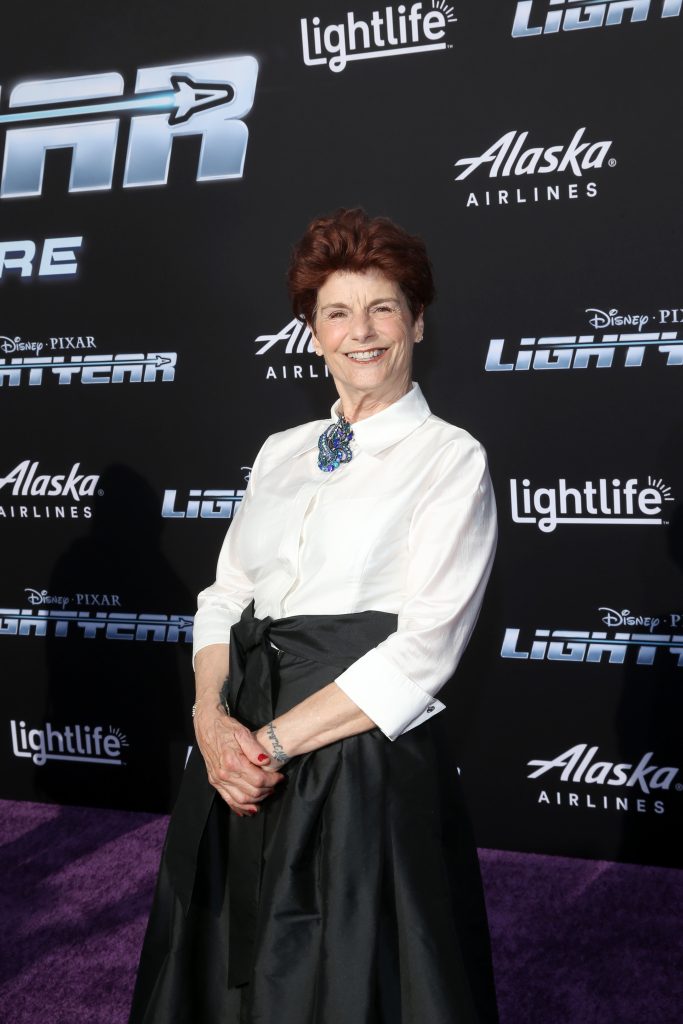 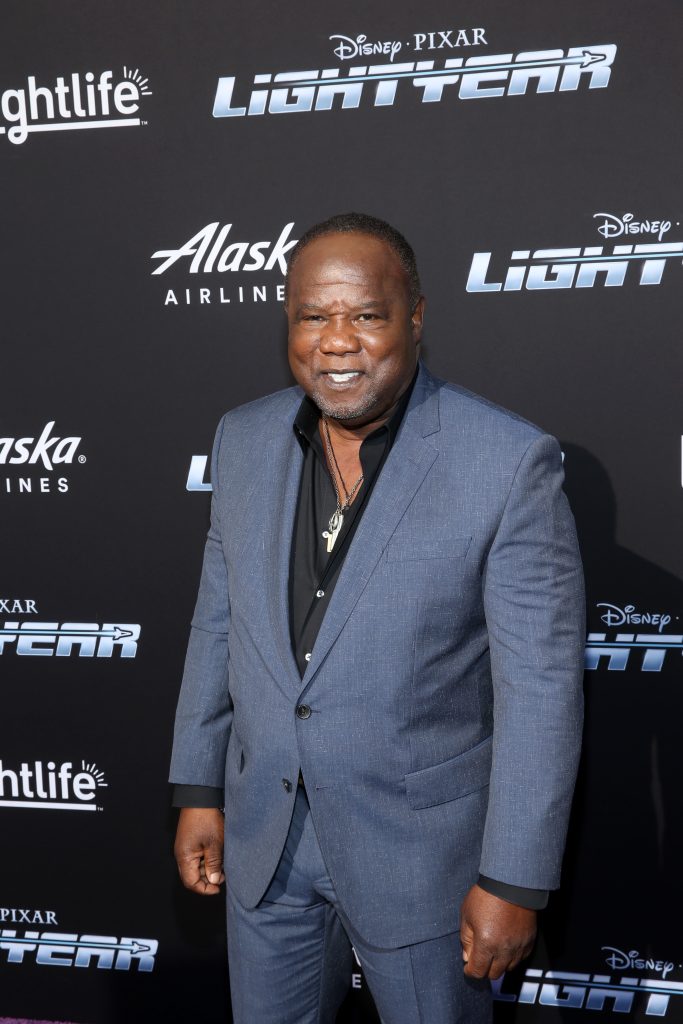 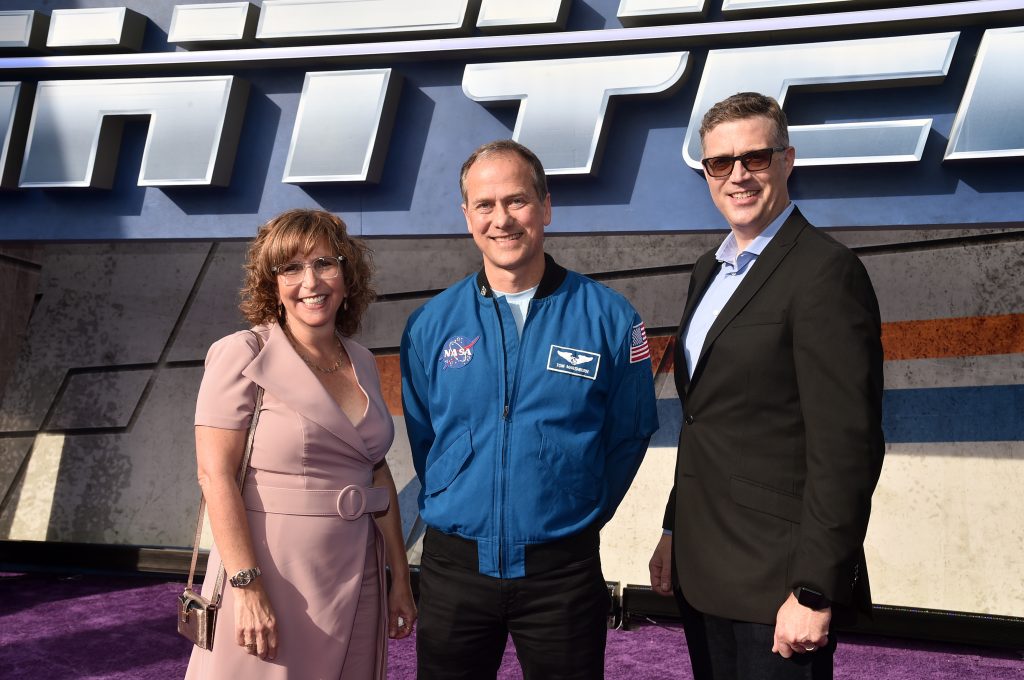 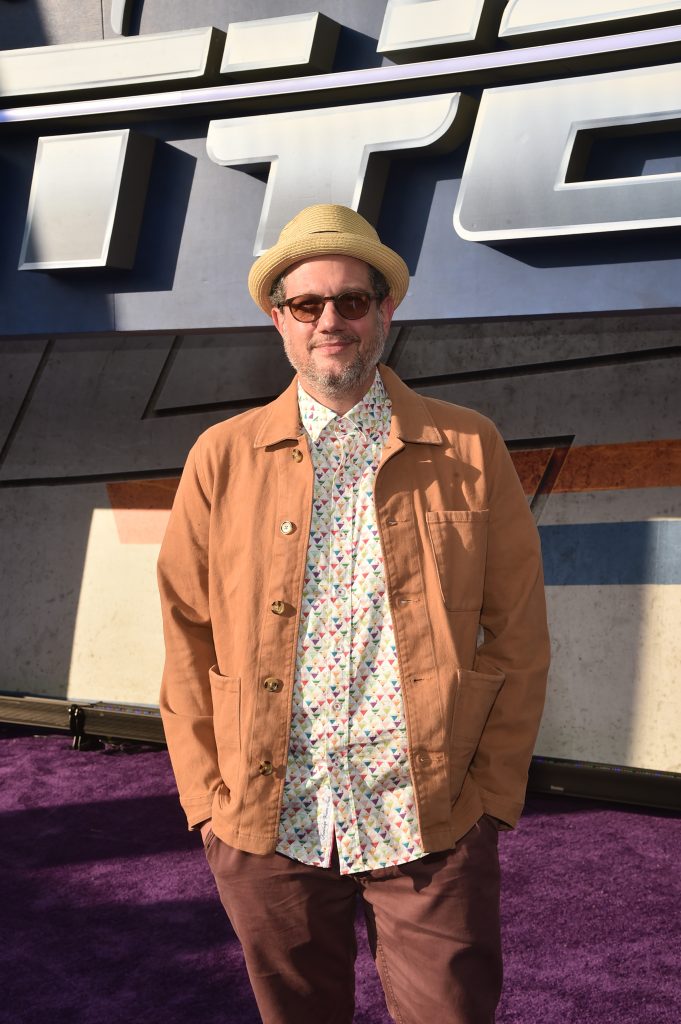 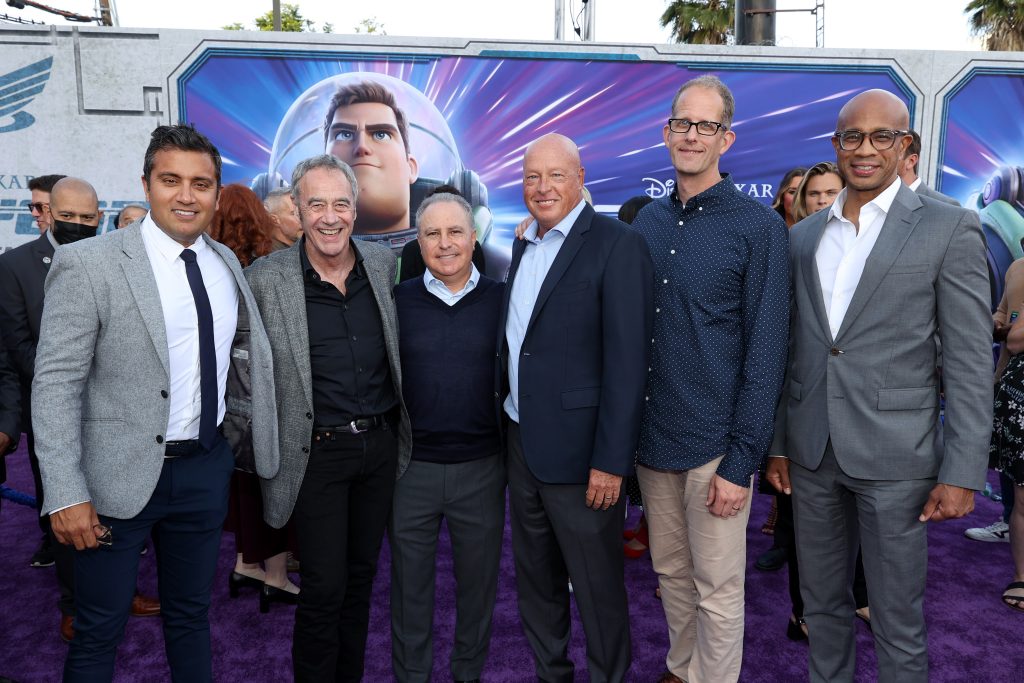 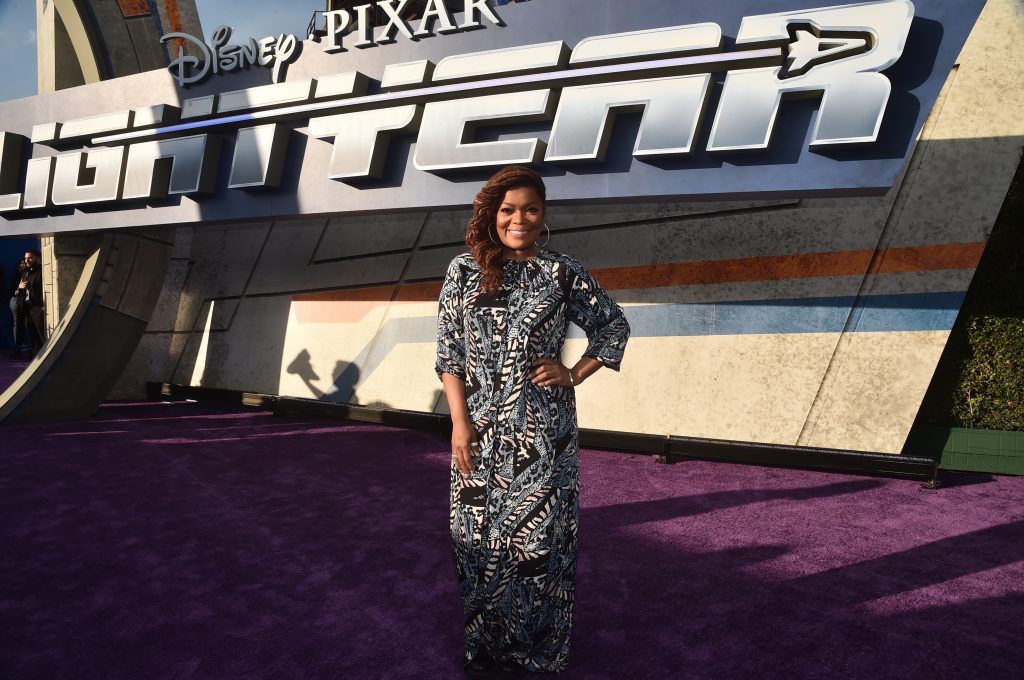 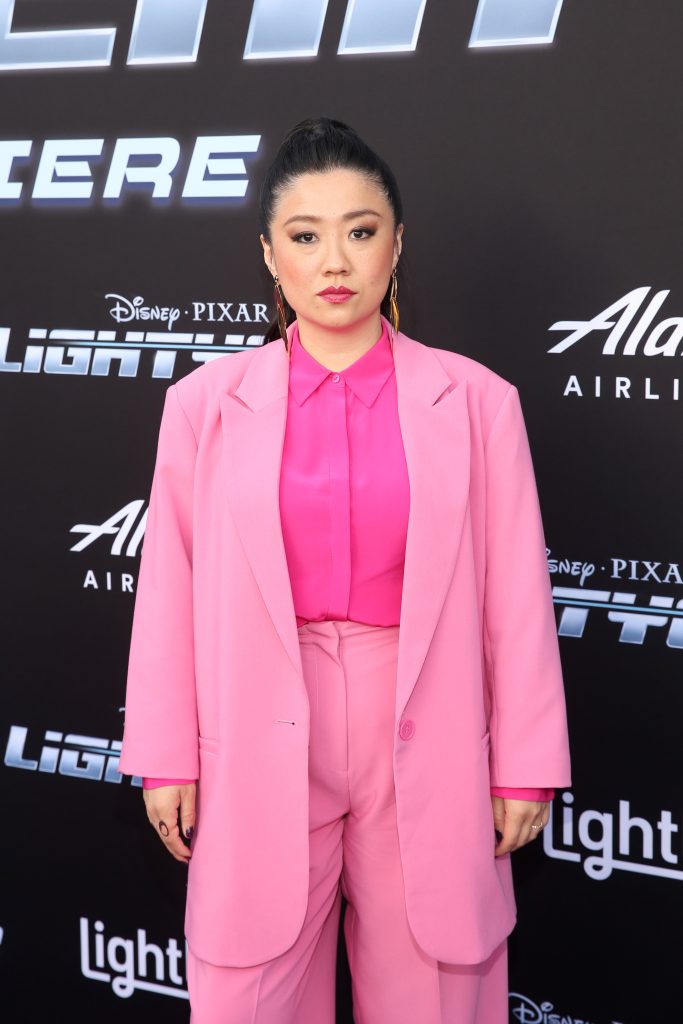 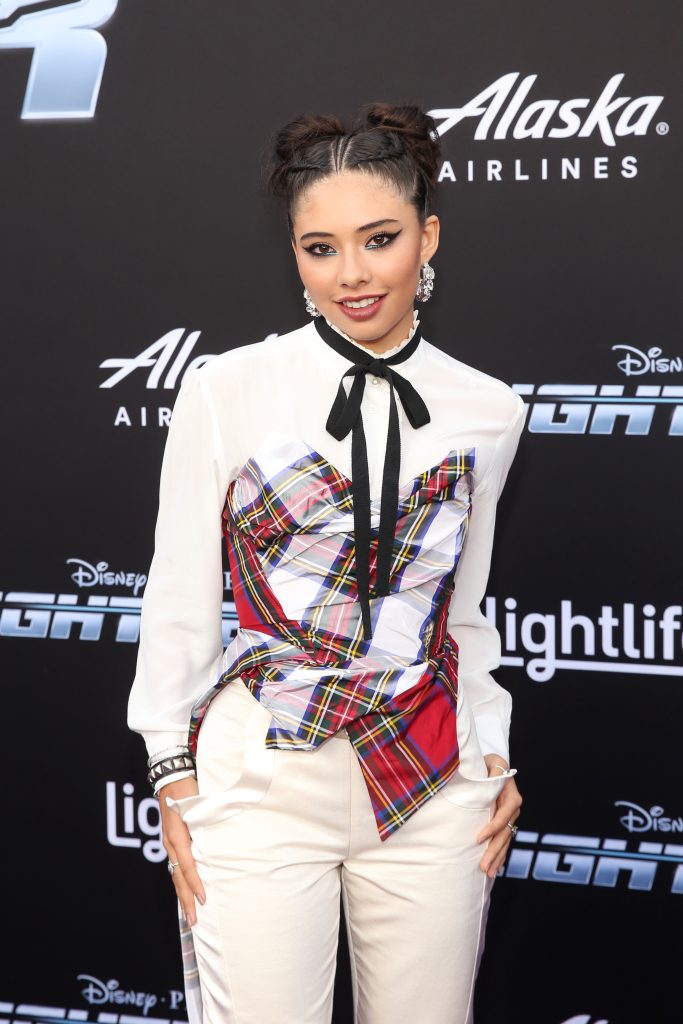 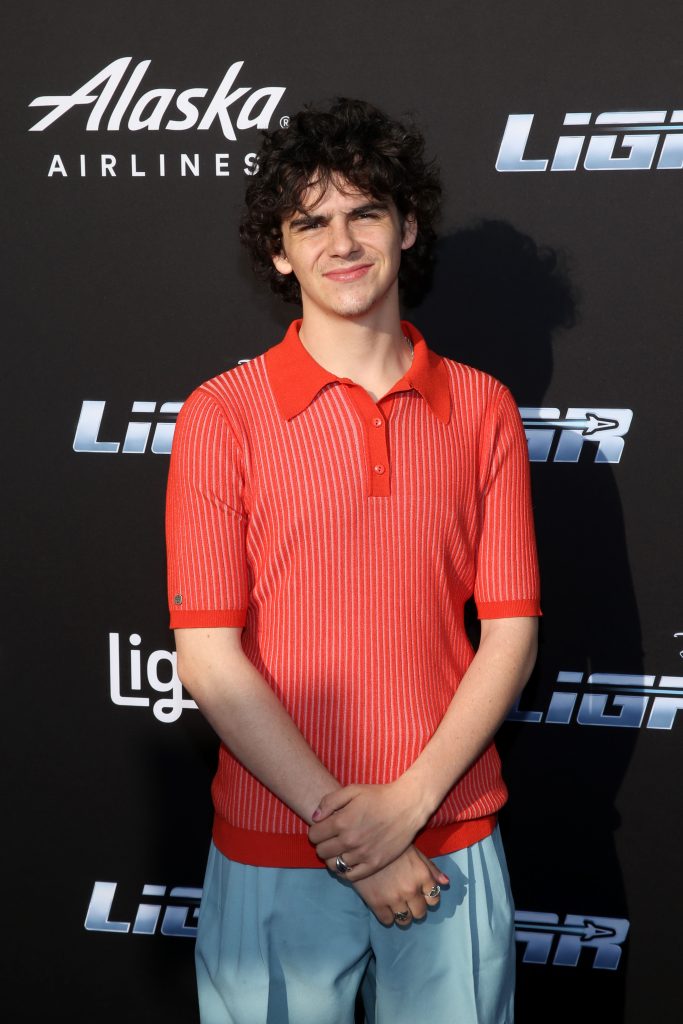 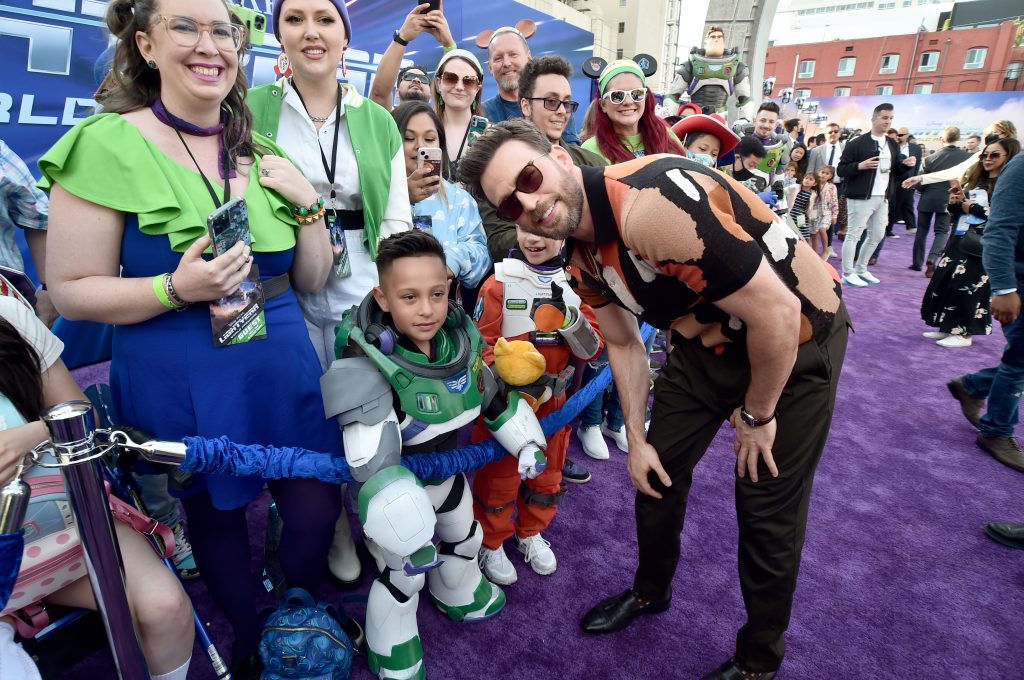 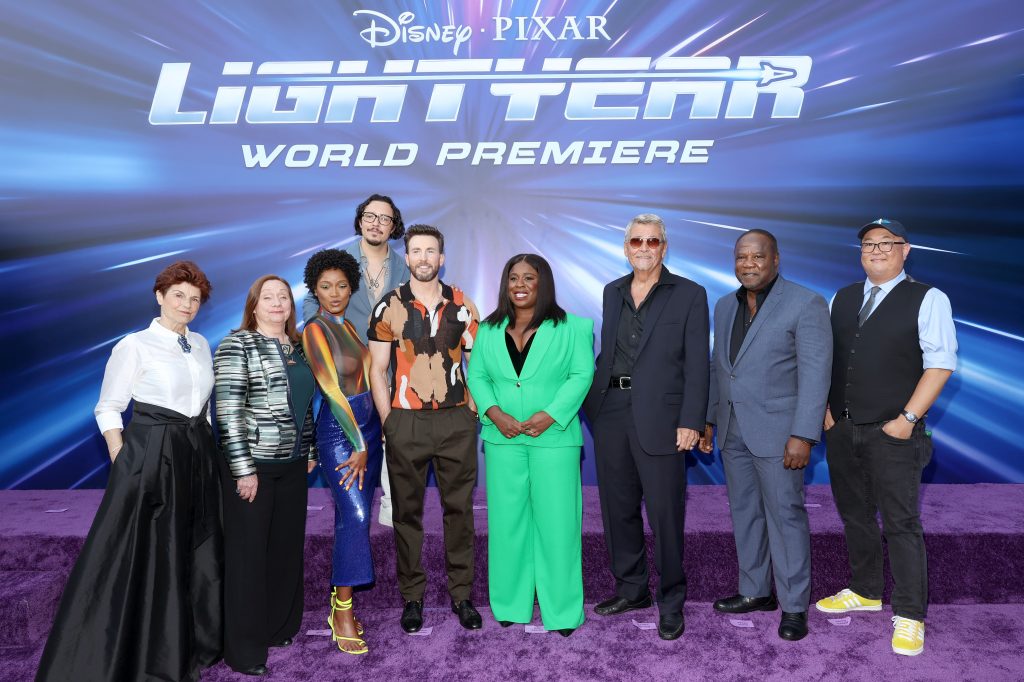