Home / Headlines / Celebrate the Fantastical and Magical With This Encanto Pin!

The miracle is not some magic that you’ve got, the miracle is you! Celebrate the miracles in your life with this magically-madrigal pin! D23 is proud to celebrate Hispanic Heritage Month with the Madrigals and this special pin, featuring the beloved casita of the family Madrigal, and exquisite details of the door they helped to create together.

Inspired by Walt Disney Animation Studios’ Encanto which tells the tale of an extraordinary family, the Madrigals, who live hidden in the mountains of Colombia, in a magical house, in a vibrant town, in a wondrous, charmed place called an Encanto. The magic of the Encanto has blessed every child in the family with a unique gift from super strength to the power to heal—every child except one, Mirabel (voice of Stephanie Beatriz). But when she discovers that the magic surrounding the Encanto is in danger, Mirabel decides that she, the only ordinary Madrigal, might just be her exceptional family’s last hope. Releasing on Nov. 24, 2021, the film features all-new songs by Emmy®, GRAMMY® and Tony Award® winner Lin-Manuel Miranda (“Hamilton,” “Moana”) and is directed by Byron Howard (“Zootopia,” “Tangled”) and Jared Bush (co-director “Zootopia”), co-directed by Charise Castro Smith (writer “The Death of Eva Sofia Valdez”), and produced by Clark Spencer and Yvett Merino; Bush and Castro Smith are screenwriters on the film. You can stream the worldwide phenomenon Encanto now on Disney+! 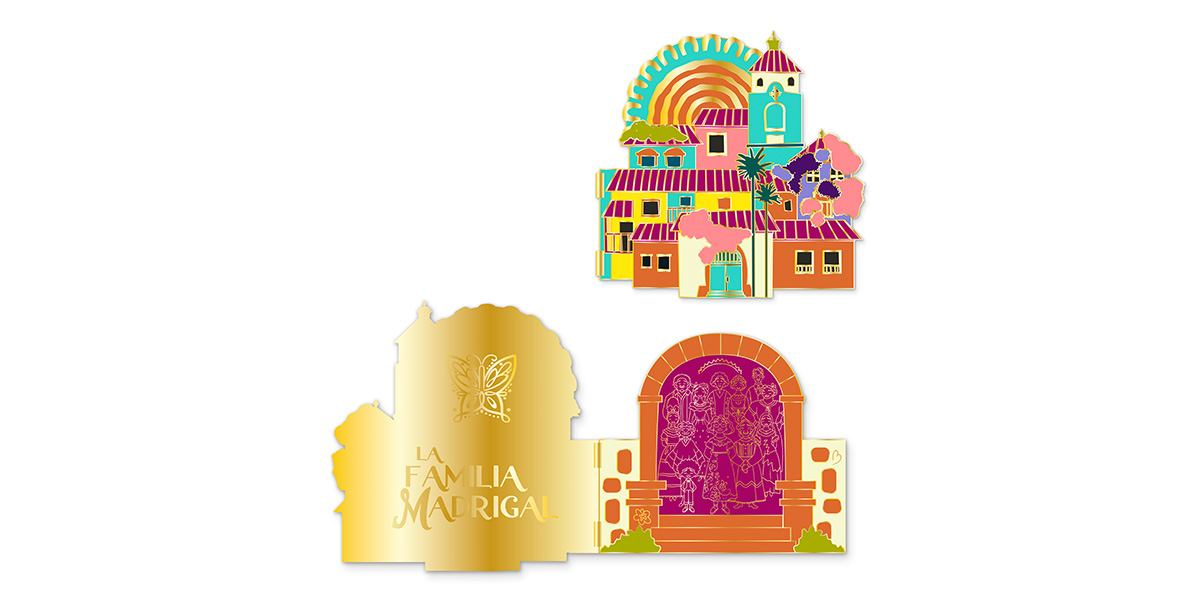 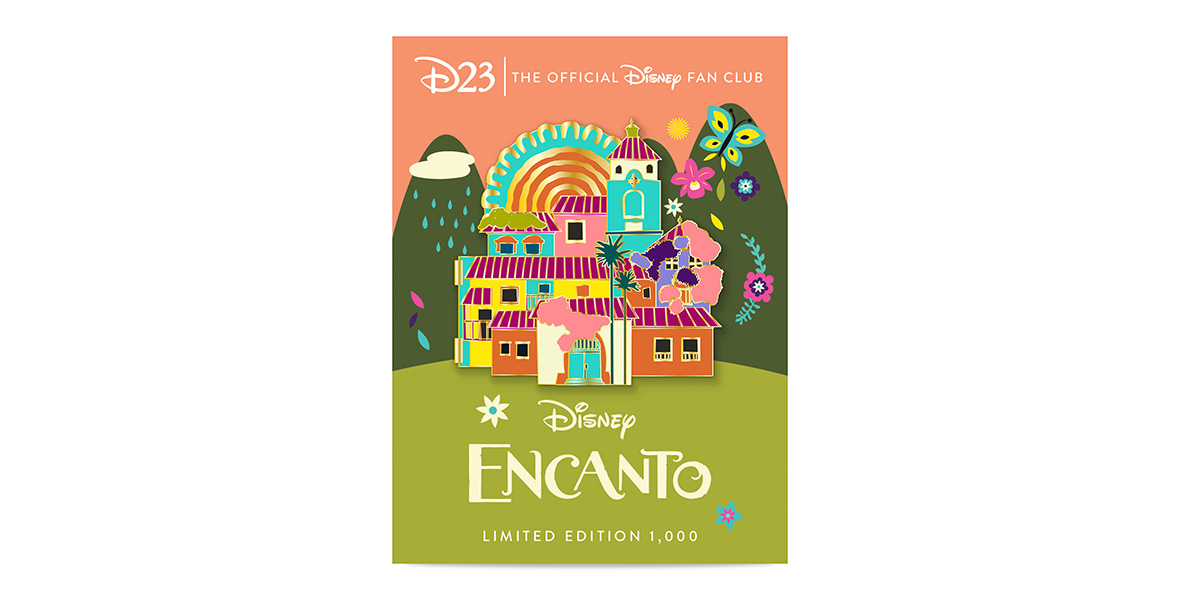 We don’t talk about Bruno but just try and get us to stop talking about this amazing pin! This D23 Gold Member exclusive pin es la manera perfecta to celebrate Hispanic Heritage month and your own Familia mágica.

Our Encanto Family Madrigal pin, offered in a limited edition of 1,000, is available to D23 Gold Members on shopDisney at 7AM PST on Monday, October 10th.

*Available while supplies last. To purchase, you must log in to shopDisney.com with the Disney account tied to D23 Gold Membership. These pins are sold for $17.99 each, plus applicable sales tax. Maximum of two (2) pins of this style for purchase per D23 Gold Member for online orders. Shipping not available to PO boxes; shipping and handling fees may vary for all online orders. Other restrictions may apply. All information is subject to change including, but not limited to, artwork, release dates, editions sizes, and retail prices.