Lucasfilm has arrived with a squadron of stormtroopers—or at least their armor—at the Anaheim Convention Center for D23 Expo 2019. But not just any stormtroopers—this collection features trooper armor from across the four-plus decades of Star Wars films, from the classic white of A New Hope to the visually arresting (and curiously hued) bright red from the upcoming The Rise of Skywalker. 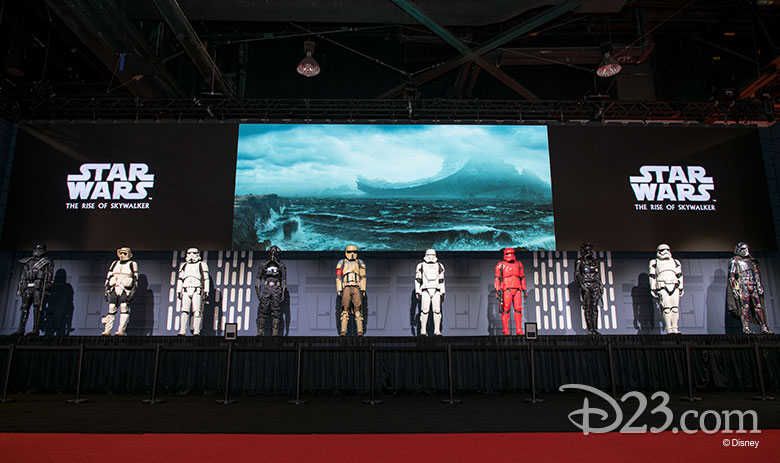 Positioned on a stage above the floor, the display of life-size stormtrooper armor creates an imposing “best of” gallery of Imperial soldiers culled from the nine films of the Skywalker saga plus the stand-alone Rogue One: A Star Wars Story. And behind them, a huge video screen that stretches the length of the entire installation, plays interviews with J.J. Abrams, Kathleen Kennedy, and other creators within the Star Wars universe discussing the evolution and thought behind each suit’s design.

Here are some of our favorites:

Scout Trooper: With armor designed by Aggie Guerard Dodgers and Nilo Rodis-Jamero, scout troopers are perhaps best-remembered as the imperial soldiers who rode the speeder bikes and fought against the rebels (and the Ewoks!) during the battle on Endor in Star Wars: Return of the Jedi. This particular armor was designed for quick, easy movements, which is why it was the perfect choice to use for reconnaissance and infiltration in the forests of Endor. 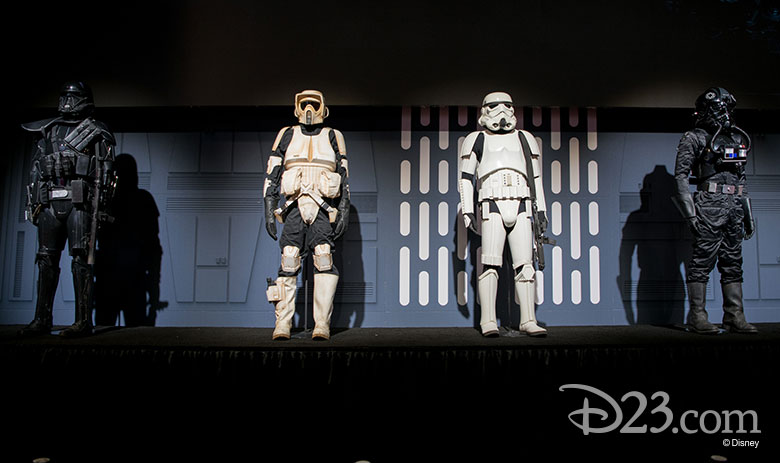 Imperial Tie Fighter Pilot: This striking black costume was designed by John Mollo and worn by soldiers piloting the Empire’s TIE fighters. Because the TIE fighter vehicles were very lightly armored and needed to quickly avoid incoming blasts, these pilots needed a uniform that allowed for lightning-fast reflexes and movements.

Shoretroopers: This particular set of armor, designed by Glyn Dillon and David Crossman, has a unique yellowish appearance, which stood in stark contrast against the beautiful tropical blues of the beachy ocean planet Scarif during the climactic battle of Rogue One: A Star Wars Story. 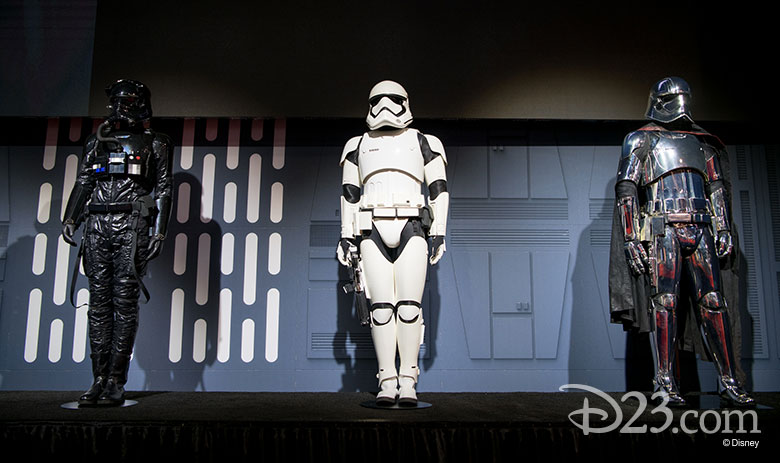 Captain Phasma: Designed by Michael Kaplan, this distinctive chromium armor was created specifically for the character of Captain Phasma, the imposing commander of the First Order’s legions of stormtroopers. Played by Gwendoline Christie, the fearsome Captain Phasma—and her shiny armor—became an instant fan-favorite.

Sith Trooper: Little is known about this bright red stormtrooper armor except for its color and the fact that it makes its debut in J.J. Abrams’ upcoming Star Wars: The Rise of Skywalker, the ninth and final film in the epic Skywalker saga. 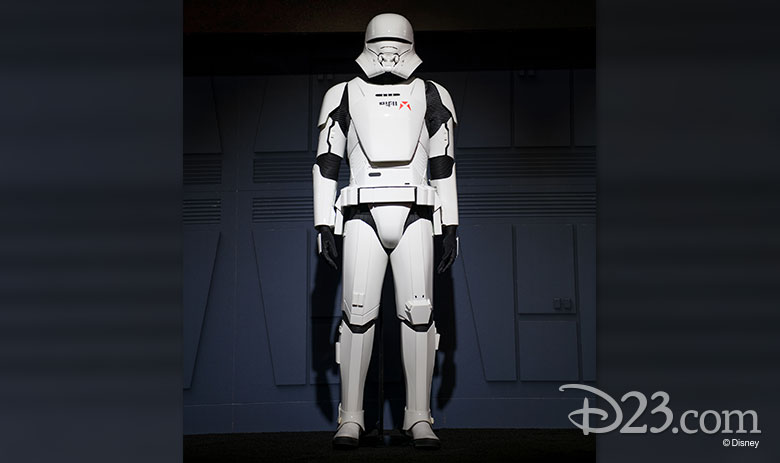 EXCLUSIVE! First Order Jet Trooper: Star Wars fans, get ready for this never-before-seen imperial uniform. Exclusively unveiled here at D23 Expo, this brand-new First Order Jet Trooper, designed by Michael Kaplan, will appear in the upcoming Rise of Skywalker. And get this—these specialized stormtroopers are actually equipped with rocket packs and fly into battle! It’s the coolest new stormtrooper since… well, since the Sith Trooper!

These stormtrooper uniforms, along with others, stand at the center of Lucasfilm’s commanding marquee installation, a tribute to the craftsmanship and creativity that have fueled this epic sojourn in a galaxy far, far away. D23 Expo 2019 brings that galaxy closer than ever before.