Home / Headlines / Kicking It with the Stars of the Disney+ Original Movie ...

Word on the street is that Sneakerella has got sole.

Set in the vibrant street-sneaker subculture of New York City, the Disney+ Original movie is a high-energy, music-driven story that puts a contemporary twist on the classic Cinderella fairy tale. Streaming Friday, May 13, Sneakerella stars Chosen Jacobs as El, an aspiring sneaker designer from Queens who works as a stock boy in his late mother’s shoe store. El hides his artistic abilities from his overburdened stepfather (Bryan Terrell Clark) and his two dastardly stepbrothers (Hayward Leach and Kolton Stewart), who somehow always manage to thwart any opportunity that comes his way.

Things start to look up after El meets Kira King (Lexi Underwood), the fiercely independent daughter of legendary basketball star and footwear mogul Darius King (John Salley). Sparks fly as El and Kira bond over their mutual affinity for sneakers. But, not wanting to ruin the magic of their meet-cute, Kira initially keeps her identity a secret. “Kira is incredibly smart, relatable, passionate, creative, and driven,” says Underwood. “Most importantly, she's not a damsel in distress waiting to be rescued.” 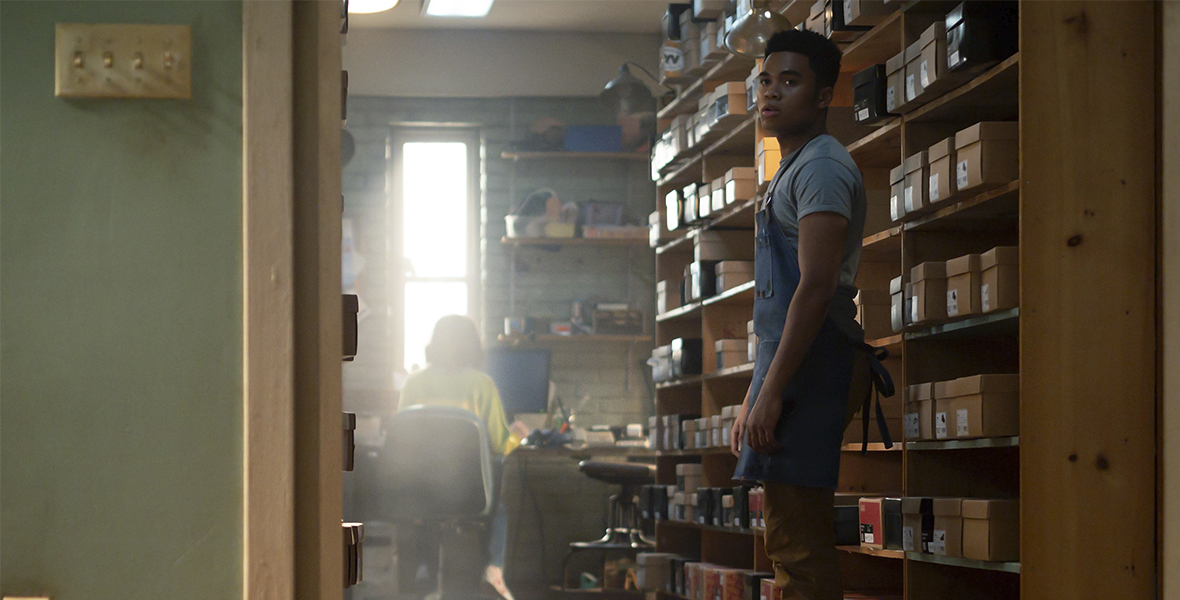 Even so, there’s no denying the instant chemistry between El and Kira. “I love how they meet; it’s like love at first sight,” Salley tells D23. “They catch eyes, and you don’t have to wonder if there’s fire between them. I love that. It’s also very relatable, from the social media aspect; it’s how they connect, especially coming from two worlds apart.”

With a nudge from his BFF, Sami (Devyn Nekoda)—and a sprinkle of magic from his Fairy Godfather, Gustavo (Juan Chioran)—El summons the courage to pursue not only his dream of becoming a “legit” sneaker designer, but of pursuing Kira, the girl of his dreams. “You don’t have to be perfect,” Jacobs says. “I think a lot of times we feel a need to always be confident, but no matter how great you are, there will be moments of self-doubt. That’s where your friends, your family, and your community can rally behind you, like they do for El in the movie. You just need that little moment of faith.”

Speaking of faith, Jacobs and Underwood put theirs in choreographers Ebony Williams and Emlio Dosal, who helped bring musical numbers such as “Kicks,” “Best Ever,” “In Your Shoes,” and “Work Up” to life onscreen. “I grew up watching classics like High School Musical, so to be on the street, to hear our director [Elizabeth Allen Rosenbaum] say ‘action,’ and to have 70 or so dancers behind me was so much fun,” Jacobs says. “We were traveling through the city, we were soaring, and I was flying... That's Disney magic! That's something you can’t buy. That is the power of the Mouse.” 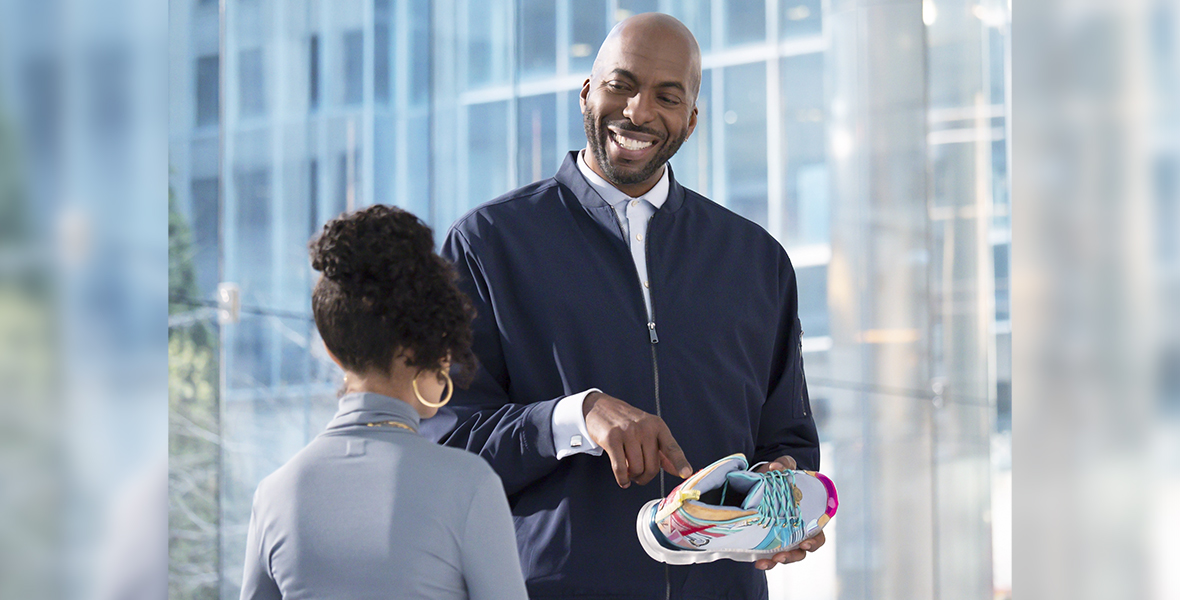 Underwood adds, “We had a blast! Watching musicals is incredibly fun—but being part of one is even more fun. We had hours upon hours of rehearsal time, and there were definitely times when it was challenging. But I learned so much and gained so much more confidence when it came to singing and dancing on set. That was really beautiful. It's really cool to be a part of a musical, to be able to finally share this passion of mine.”

Salley shared that sentiment. In fact, the four-time NBA Champion confesses to D23 that he “auditioned and auditioned and auditioned” for the chance to fulfill his lifelong dream of starring in a musical. “I thought it was going to be my breakthrough,” he admits. “The script was really good. I went through it in about 20 minutes, and I was like, ‘I have to be in this movie!’ I remember telling my daughter, ‘I’ve got to be in this musical, because this musical is hip-hop. This musical is now. This musical is fresh!’”