James Cameron is a visionary director who has pushed the world of filmmaking forward with each of his movies, and in 2009 he did it once again with the epic and groundbreaking Avatar. A cinematic experience utilizing cutting-edge performance-capture technology, it transported moviegoers into the far-off world of Pandora, complete with floating mountains, giant flying banshees, and blue-skinned aliens. It truly was a revolutionary film, going on to become the biggest worldwide box-office champion of all time, up to that point (unseated just last month by Avengers: Endgame).

And now, for the first time ever, the world of Pandora has come to D23 Expo: The Ultimate Disney Fan Event, in an exciting new installation called Inside the World of Avatar, located on the second floor in room 207. Walking in, guests will be greeted by a robust gallery of pre-production models, costumes, screen-used props, and all manner of artifacts and materials used both in the film and in the creation of Pandora – The World of Avatar land at Disney’s Animal Kingdom at Walt Disney World in Florida.

Here are just a few examples of the cool stuff that attendees can see:

Na’vi Weaponry: A collection of bows, arrows, and spears handcrafted by the famed Weta Workshop. The weapons were scanned for accuracy to be used digitally on screen in Avatar.

Concept Maquettes: The animals of Pandora were unique, never-before-seen digital creations based on hand-made pre-production concept maquettes. They included the Hammerhead by designer Jordu Schell, the Banshee by designer Neville Page, and the Viperwolf and Direhorse created by Stan Winston Studios.

Tsu’tey’s Necklace: Costume designer Deborah Scott and costumer Claire Prebble created this warrior necklace worn by the character Tsu’tey as a member of the Clan.

Jake Sully’s Necklace: Created by costume designer Deborah Scott  and costumer Claire Prebble, this is the necklace that Jake Sully weaves (off camera) when he is first allowed into the Omatikaya Clan.

Groundbreaking Shovel: In January 2014, leaders from Walt Disney Parks and Resorts and Lightstorm Entertainment kicked off the largest expansion in Disney’s Animal Kingdom history with a ceremonial groundbreaking for the park’s new Avatar-inspired land with giant blue Na’vi-inspired shovels.

Check out this gallery for even more from Inside the World of Avatar. 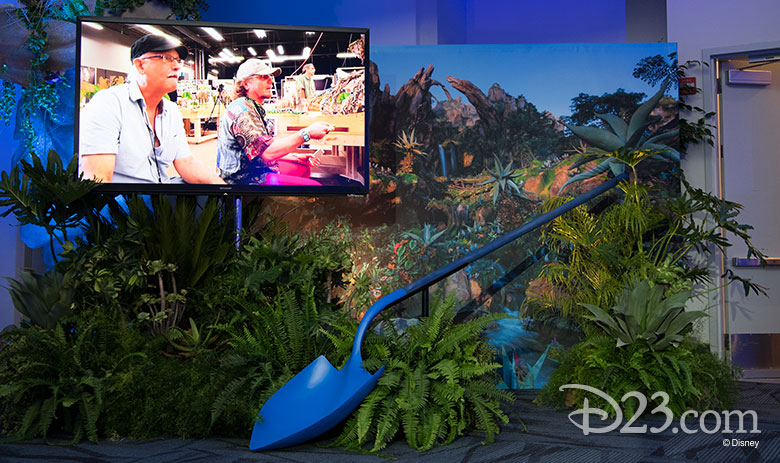 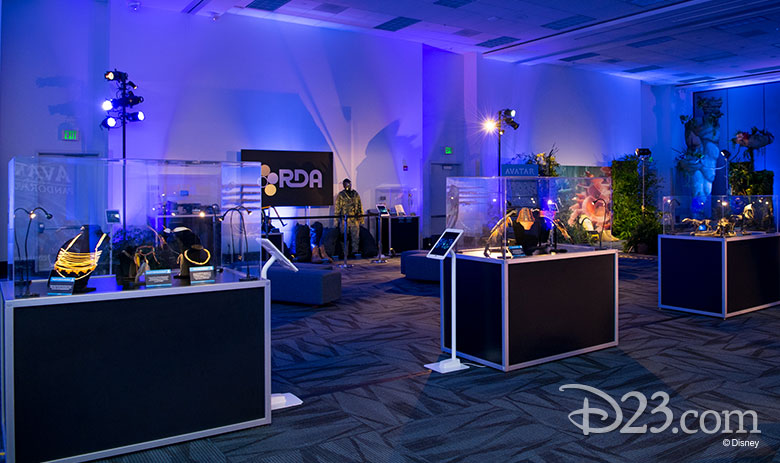 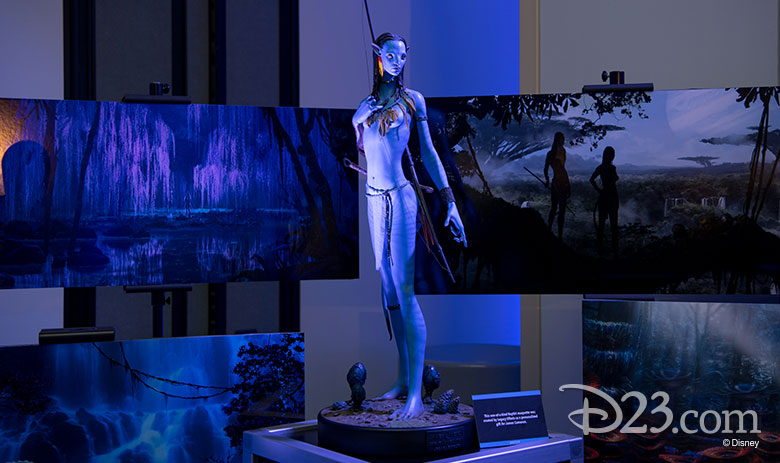 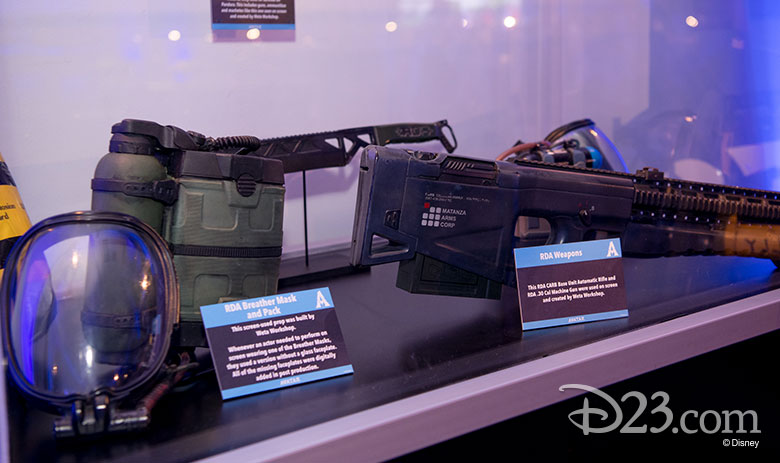 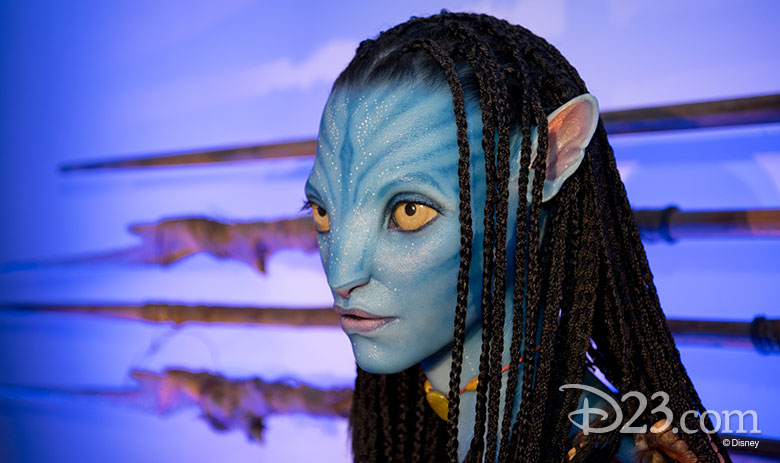 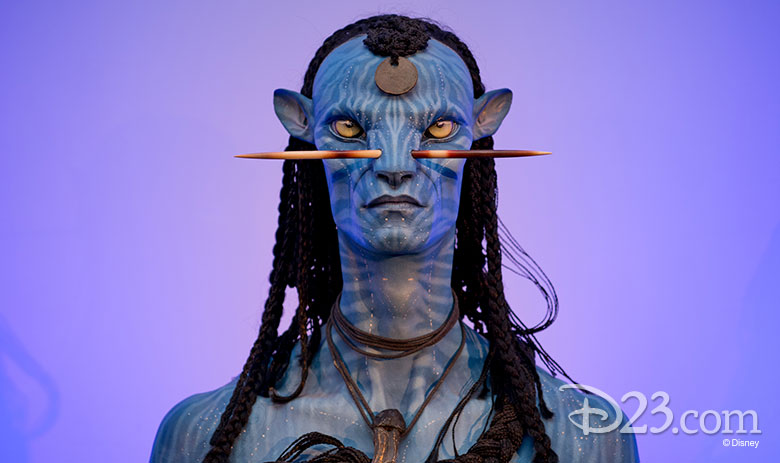 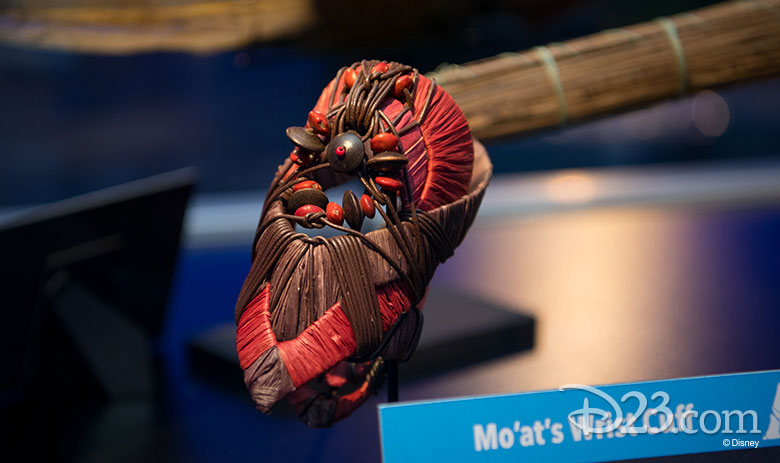 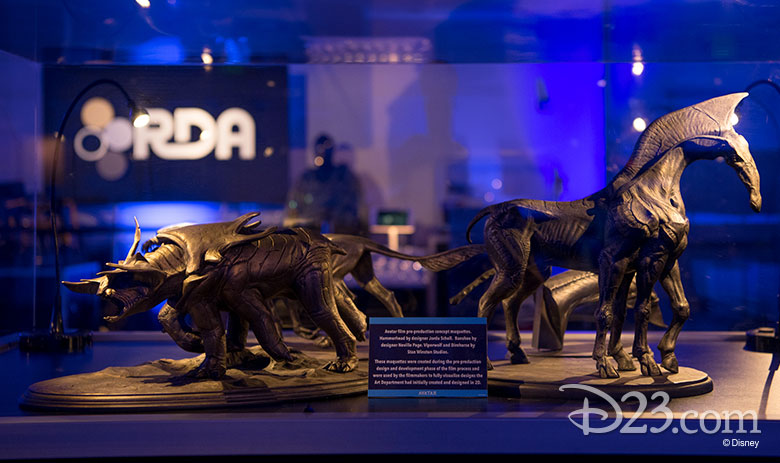