Some of the most powerful women in entertainment joined forces today at D23 Expo 2019 for Heroines of the Disney Galaxies – Presented by BoxLunch. Hosted by Ashley Eckstein, voice of Ahsoka Tano in Star Wars: The Clone Wars and Star Wars Rebels, and creator of the Her Universe fashion company and lifestyle brand, and live-streamed for D23 Members, the panel featured guests Sana Amanat, Vice President of Content & Character Development, Marvel; Ally Maki, who plays Mina Hess in Marvel’s Cloak & Dagger and voiced Giggle McDimples in Toy Story 4; Christy Carlson Romano, who voiced the title character in Kim Possible and voices Trina in Big Hero 6: The Series; and Genesis Rodriguez, who reprises her voice role as Honey Lemon from the film Big Hero 6 in the animated series. 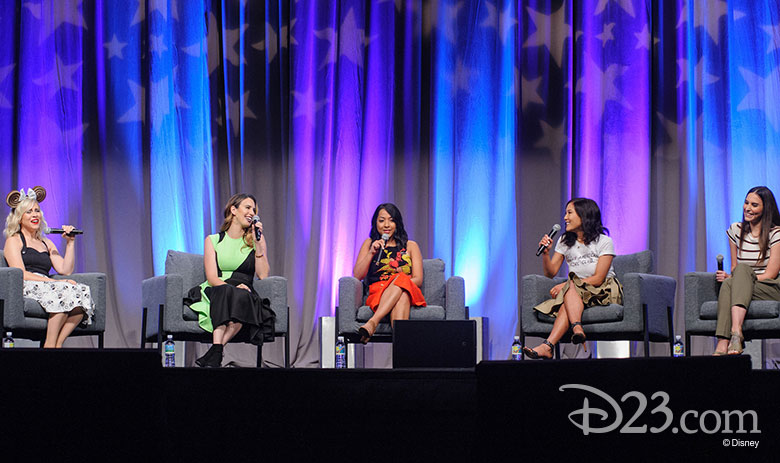 Celebrating some of the most inspiring and empowered heroines from the worlds of Disney, Marvel, and Lucasfilm, Eckstein began the conversation by introducing Amy Hansen, who was born with two particularly rare genetic disorders that caused the bone in her right femur to fracture several years ago. Following emergency surgery, Hansen was outfitted with a titanium rod in her leg. While in the hospital and having to learn how to walk again, she turned to Ahsoka for inspiration—and later earned the nickname “Titanium Amy” when she competed in her first Run Disney 5K race. Asked to share some words of wisdom, Hansen said, “You really don’t have to look far. The Force is always inside you… Focus on the things that make you unique, and remember: You’re tougher than you look.” After shedding a few tears, an emotional Eckstein brought her centerstage and said, “I am so inspired by you. You are a real-life Ahsoka Tano to me.” 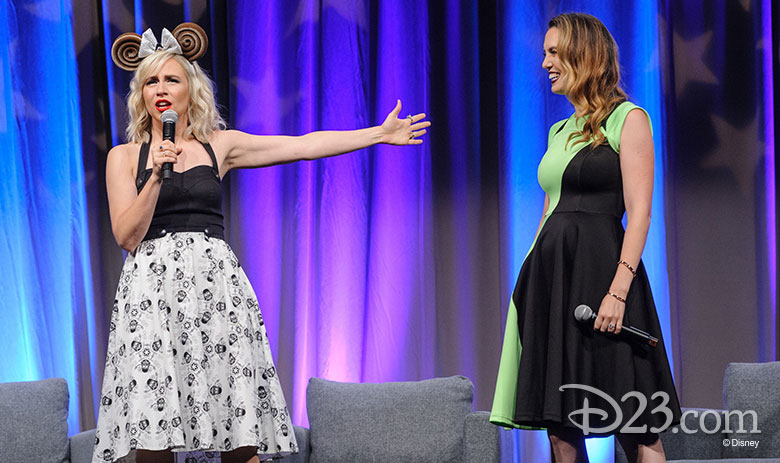 The discussion then turned to the “trailblazing” heroine Kim Possible, who at the time was an outlier in the male-dominated genre. “I did not realize how groundbreaking it was going to be, but I think that’s what made it so special,” Carlson Romano recalled. “Gender wasn’t a topic.” The writers were often inspired by the actress, known for her work on the Disney Channel series Even Stevens, and would ask her input on how to make her relatable. One of Kim Possible’s most iconic phrases—“What’s the sitch?”—came from the star herself, to which an amazed Eckstein said, “I say that all the time!” 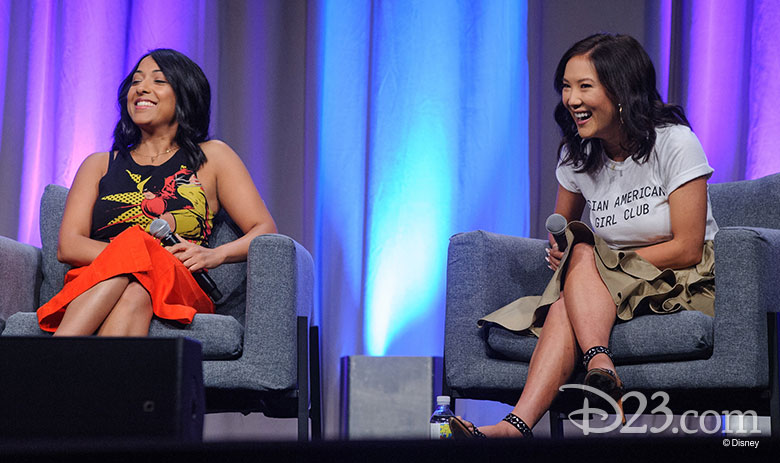 Amanat, who arrived with an exclusive first look at a scene from Marvel Rising: Battle of the Bands (premiering August 28), spoke to the importance of inclusive storytelling. As the co-creator of Marvel’s first Muslim female Super Hero, Ms. Marvel, Amanat said she is especially excited to see the character come to life in her own live-action series for Disney+ (first announced at D23 Expo). “Storytelling is the best form of education,” she said. “It’s the best way to get to know one another in an intimate way.” Eckstein then congratulated her on the series, saying, “That is the epitome of breaking down barriers.” 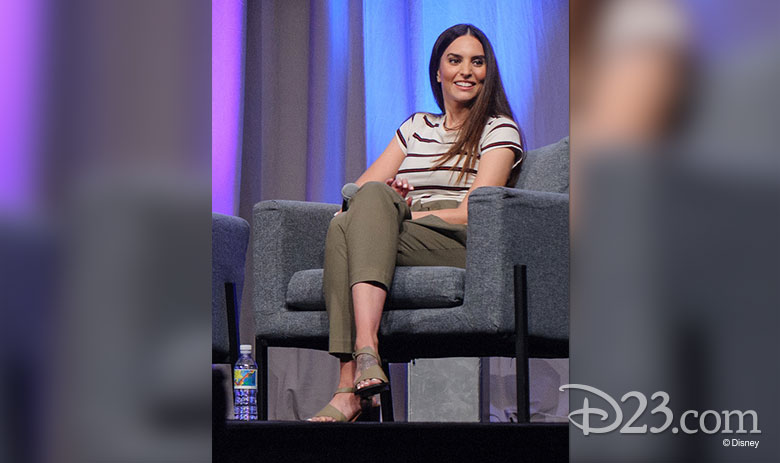 Maki said she is drawn to roles that portray women, and their interactions with each other, in a positive light. “I wish I had this sense of self-worth and confidence when I was 12, 13, 14 years old,” she said. “Because when I see girls dressing up as Giggle McDimples and they’re in a cop uniform, that means everything to me. It’s everything that I wanted when I was that age. So, it’s very powerful to see these things.” Rodriguez shared that sentiment, recalling how meaningful it is to know that female fans want to pursue careers in STEM (science, technology, engineering, and mathematics) because of characters like Honey Lemon. “She doesn’t have to compromise her bubbly pink nature to be intelligent. She just is. She is bubbly, she is over the top and happy—and she’s smart.” By contrast, Go-Go Tomago, voiced by Jamie Chung, “is more reserved, but she is also smart,” she added. “There is no definition of how you can be intelligent.”