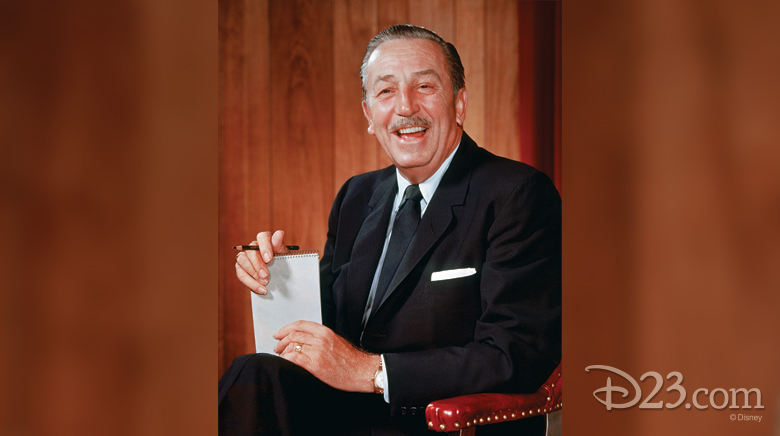 In 1961, Walt Disney visited the headquarters of Eastman Kodak—one of the sponsors of the Walt Disney’s Wonderful World of Color TV series, which premiered that same year—in Rochester, New York. While there, Walt had his official portrait taken by top Kodak photographer Neil Montanus. The result was one of the most famous photos of Walt, one that Disney executives referred to as the “best photo ever taken” of him, an image still widely used today.